5 Star Trek Easter eggs you may have missed in ‘Discovery’

Do you suspect a remake of “The Trouble with Tribbles?” 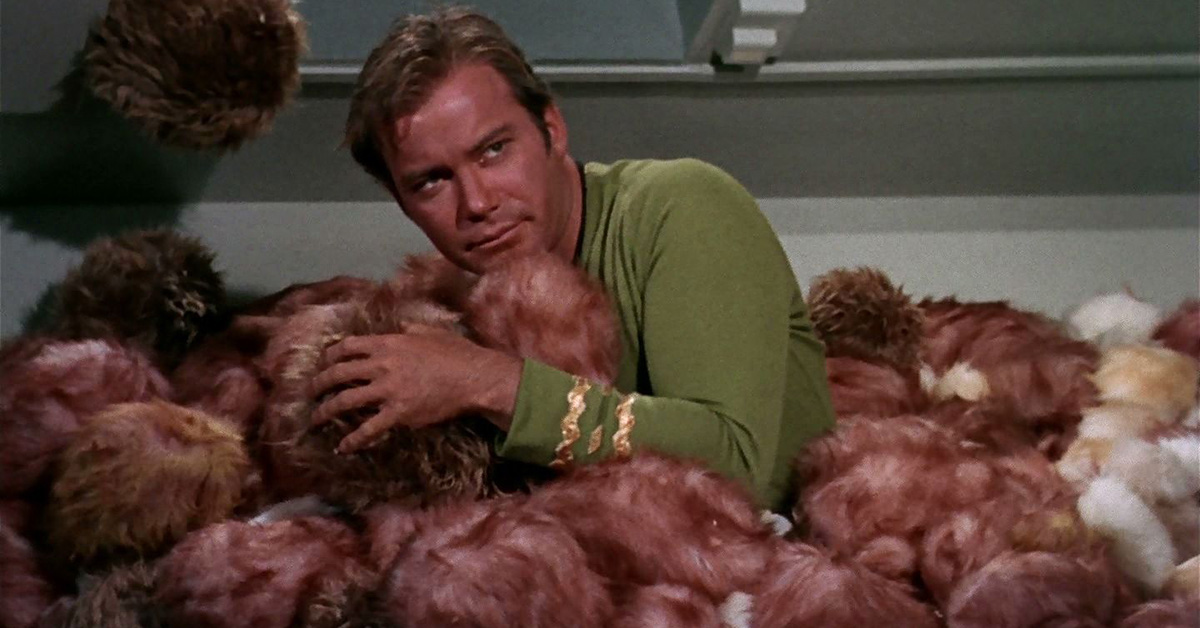 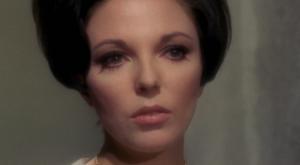 Ever wonder why the women on 'Star Trek' appear out of focus?

CBS’s Star Trek: Discovery has been divisive to say the least, but one thing we can always rely on to bring all factions of the Star Trek fandom together is spotting Easter eggs that tie one series to another. While each Star Trek series has contributed its own material to the universe, The Original Series tends to be the most fun to hide little shoutouts to within the scenes.

Though only four episodes of Discovery have aired so far, there have already been a number of Easter eggs for fans to spot. Which ones did we miss? Let us know in the comments! 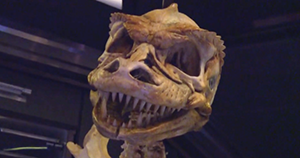 Captain Kirk’s duel with the the Gorn in “Arena” is arguably one of the most ridiculous scenes in the entire series, making the reptilian alien the perfect trophy to display on the U.S.S. Shenzou. This isn’t the first time another Star Trek series has incorporated a Gorn, so this is just another way Discovery ties itself into the family. 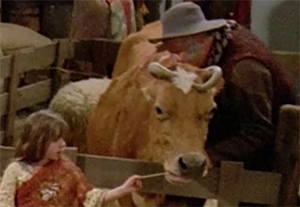 The Original Series takes place in 2265 and it’s been stated that Discovery is set about a decade prior. In early episodes of TOS, they make a point to discuss the fact that the human race has advanced past the concept of raising livestock, opting for food synthesizers. The Next Generation brings this up too, but other series aren’t as eager to point out how food is consumed. In Discovery, Lt. Saru describes his alien race as being like “your livestock of old.” 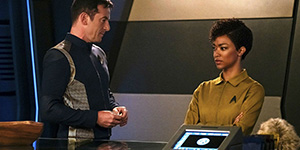 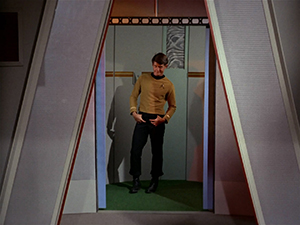 If Discovery is to take place prior to TOS, it wouldn’t make any sense to have crew members using advanced technology that wasn’t present on the U.S.S. Enterprise. In an effort to stay true to the franchise, Discovery creators decided to use many of the same sound effects, including that charming swish you hear whenever someone enters the room. 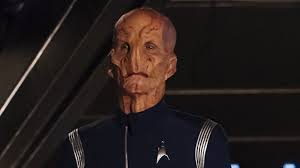 While there’s no known reason for the abundance of appearances the number 47 has in just about all Star Trek series and movies, Discovery jumped onboard early on. Lt. Saru says, “Shield’s at 47 percent, Captain.”