Learn how Jodie Foster, asbestos and the color pink all relate to the creepy, kooky clan. 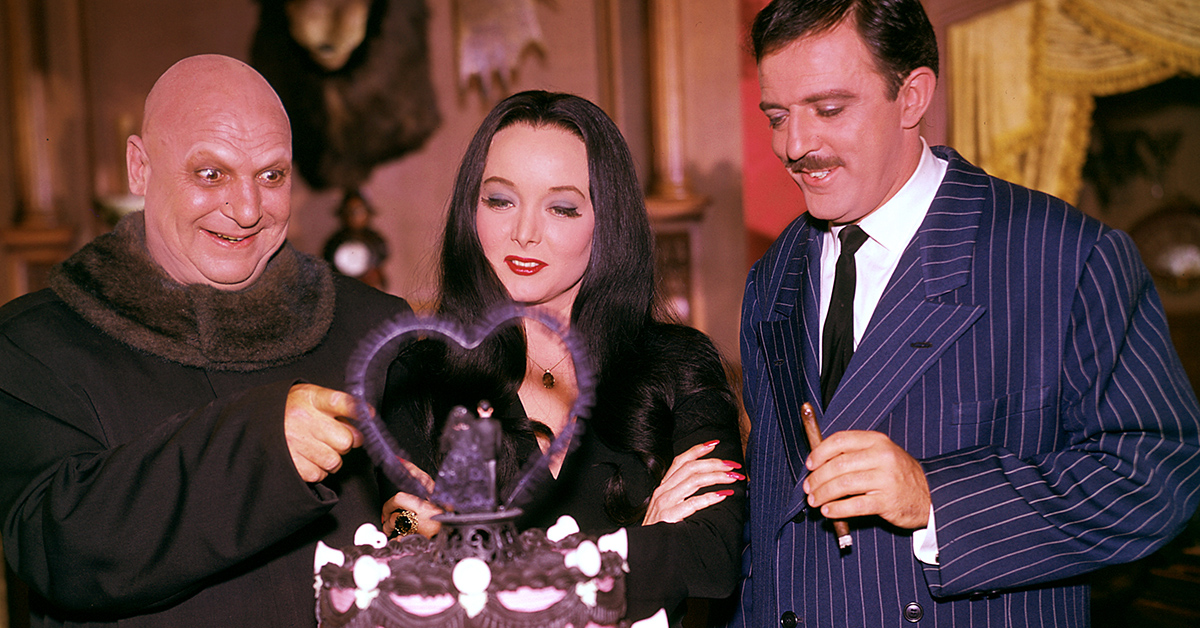 Long before comic book adaptations were all the rage, Hollywood looked to the pages of daily newspapers for ideas. Half a century ago, comic strips like Blondie and Dennis the Menace became sitcoms. Peanuts kicked off a string of iconic animated Charlie Brown specials. A Saturday Evening Post strip called Hazel became a TV hit NBC.

Of course, one of the greatest adaptations of a comic strip from the 1960s was The Addams Family, a gothic comedy inspired by one-panel cartoons in The New Yorker by Charles Addams. Premiering on small screens in 1964, the Addams Family have never really gone away. Cartoons followed in the 1970s. A Halloween reunion came later that decade. A trilogy of films revived the characters for a new generation in the 1990s. There have been Broadway shows, video games and an incredible pinball game based on the Addams.

In 2019, a new animated Addams Family will arrive in theaters, featuring Charlize Theron, Oscar Isaacs, Bette Midler and the kid from Stranger Things.

So, let's look back at the classic. Here are 13 kooky, spooky things you might not have known about The Addams Family television series.

1. Until the TV show, the characters did not have names. 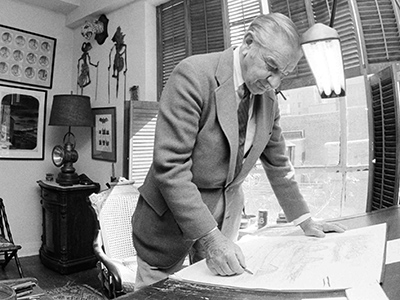 Charles Addams, pictured here in his home office, did not name the creepy, charming characters in his one-panel cartoons. When the show was green-lit, Addams and producers came up with names for the clan. Did you know Wednesday's middle name is Friday? 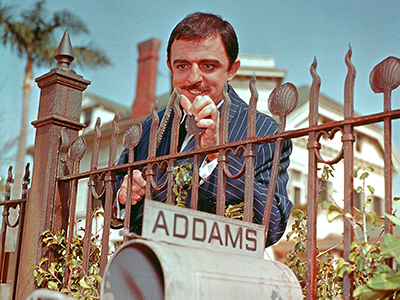 When brainstorming names for the patriarch of the family, Addams proposed two options — Repelli and Gomez. The final decision was given to star John Astin. He made the right choice. 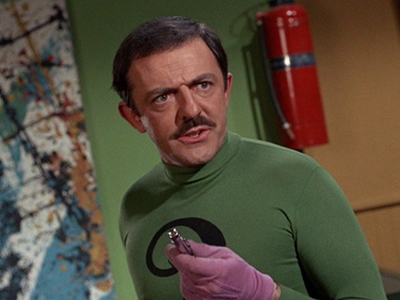 Speaking of Astin, it's hard to picture him playing any other member of the family. Coming off the short-lived sitcom I'm Dickens, He's Fenster (he was Dickens), Astin initially tried out for the role of the butler, as yet unnamed. He could not quite envision himself in the role, and thankfully producers saw the potential of him as the father. Astin was an early casting decision. Check out fascinating audition photos from TIME Magazine in 1964, in which Astin tries out potential Morticias, Festers, Lurches and Pugsleys. 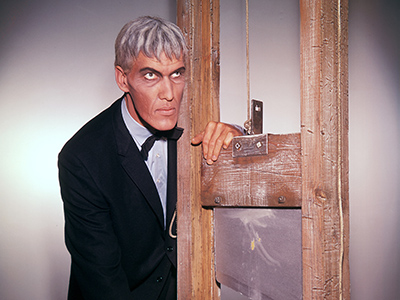 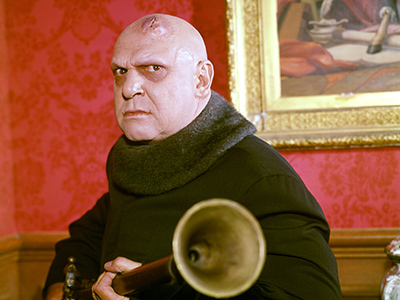 Though it aired just as television was blossoming from black & white to full color, The Addams Family appropriately aired in grayscale. Like the simple, inky black of the comic strips, The Addams Family just felt at home in shadowy black & white. Plus, it might have ruined the vibe in color, as the walls of their home were bright pink, as you can see in this promotional photo.

6. The sets were recycled from the film 'The Unsinkable Molly Brown.' 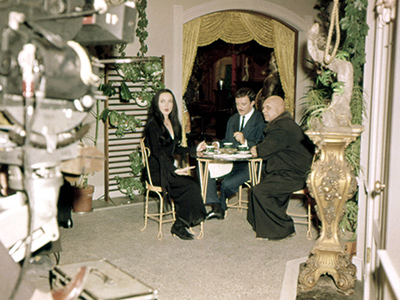 Some of those home interiors came courtesy of the Debbie Reynolds movie The Unsinkable Molly Brown, which hit theaters a few months before the Addams Family premiere. Both were productions of MGM.

7. The Addams were the first TV family to have a home computer. 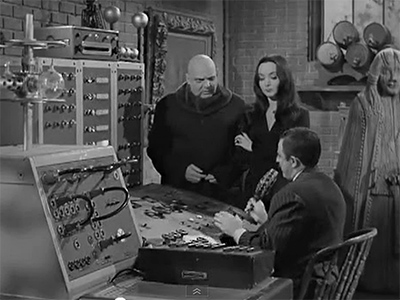 A couple years later, Bruce Wayne would utilize his Batcomputer in the Batcave, but the first family "P.C." seen on TV was the UNIVAC on The Addams Family. As you can see, it was not exactly a laptop. 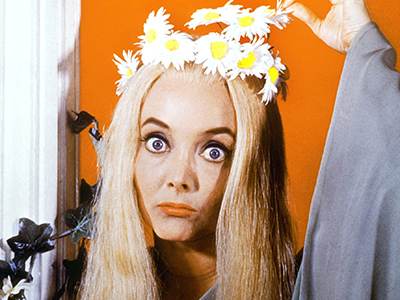 Morticia star Carolyn Jones had split with her second husband shortly before The Addams Family premiere. A New York Times report on the divorce from August 7, 1964, explained the reason for the divorce. "Mr. Spelling stayed out late at night without explanation," testimony claimed. Spelling would go on to produce Charlie's Angels, The Love Boat, Beverly Hills 90210 and dozens of other TV shows. Jones did get to work together with Spelling on his creation The Lloyd Bridge Show (1962-63). 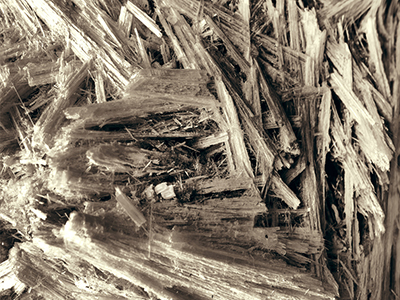 Gomez could often be seen chomping on a cigar (as in the photo at the top of the page). No wonder — Dutch Masters Cigars was a sponsor of the show. As was his practice, Gomez put out lit cigars in the breast pocket of his coat. Thus, prop-makers lined the suit pocket with asbestos.

10. The studio would not pay for singers, so the theme song is just multiple tracks of the same guy. 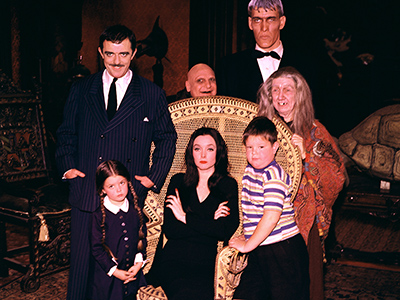 Buh-duh-dom-dom, *snap* *snap*. Where would The Addams Family be without that brilliant theme song? The tune was the work of Vic Mizzy. Reportedly, the studio was reluctant to spend the cash for multiple singers, so Mizzy multi-tracked his voice to perform as the "trio" heard in the opening credits.

11. The Addams Family made their first animated appearance on 'Scooby-Doo.' 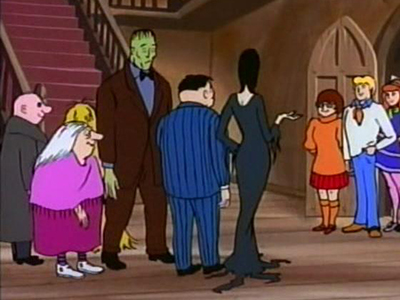 In 1972, the Addams Family appeared in "Wednesday Is Missing," an episode of The New Scooby-Doo Movies, the hour-long sequel series to Scooby-Doo, Where Are You! A year later, the clan finally got its own cartoon with Hanna-Barbera's The Addams Family on NBC Saturday mornings. 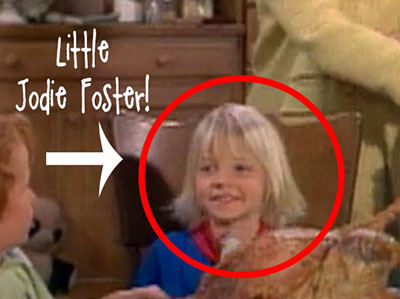 The adult cast returned for the Scooby-Doo cartoon — John Astin, Carolyn Jones, Jackie Coogan and Ted Cassidy. For the 1973 Hanna-Barbera animated series, only Coogan and Cassidy would remain. They got a little creative in casting the kids. Young Jodie Foster stepped in for Ken Weatherwax to voice Pugsley in both! 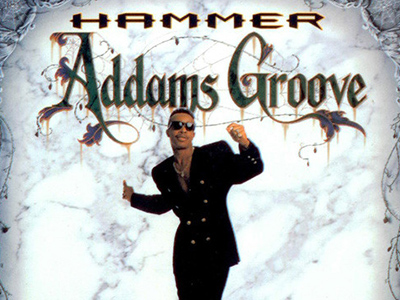 You probably forget just how huge Hammer was in the early '90s. The Oakland pop-rapper scored five Top 10 hits. The last of his big smashes was "Addams Groove," which was the theme song to 1991 blockbuster The Addams Family. "They do what they wanna do, say what they wanna say, live how they wanna live…." It "won" the Golden Raspberry Award for Worst Original Song that year, but reached No. 7 on the Billboard Hot 100. 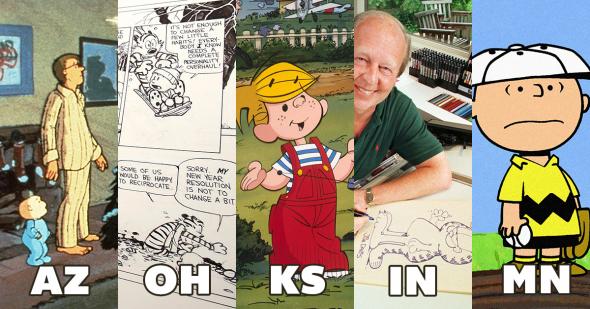 Did you know?
Does your favorite daily comic strip take place in your hometown? 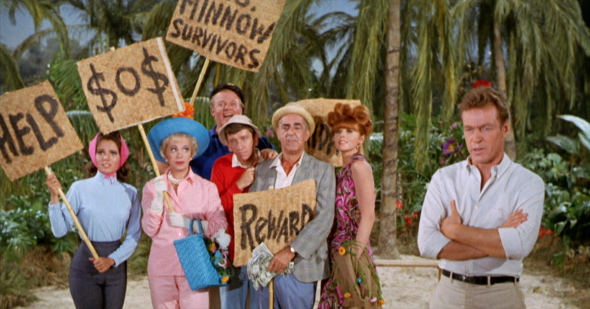 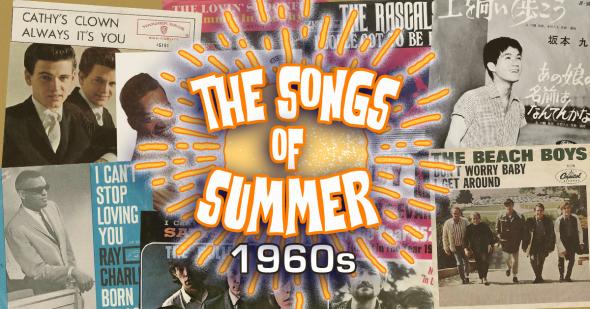 music
These were the songs of summer every year in the 1960s
Are you sure you want to delete this comment?
Close