5 times the castaways should have absolutely escaped from Gilligan's Island

Let's just say getting off the island wasn't always the top priority. 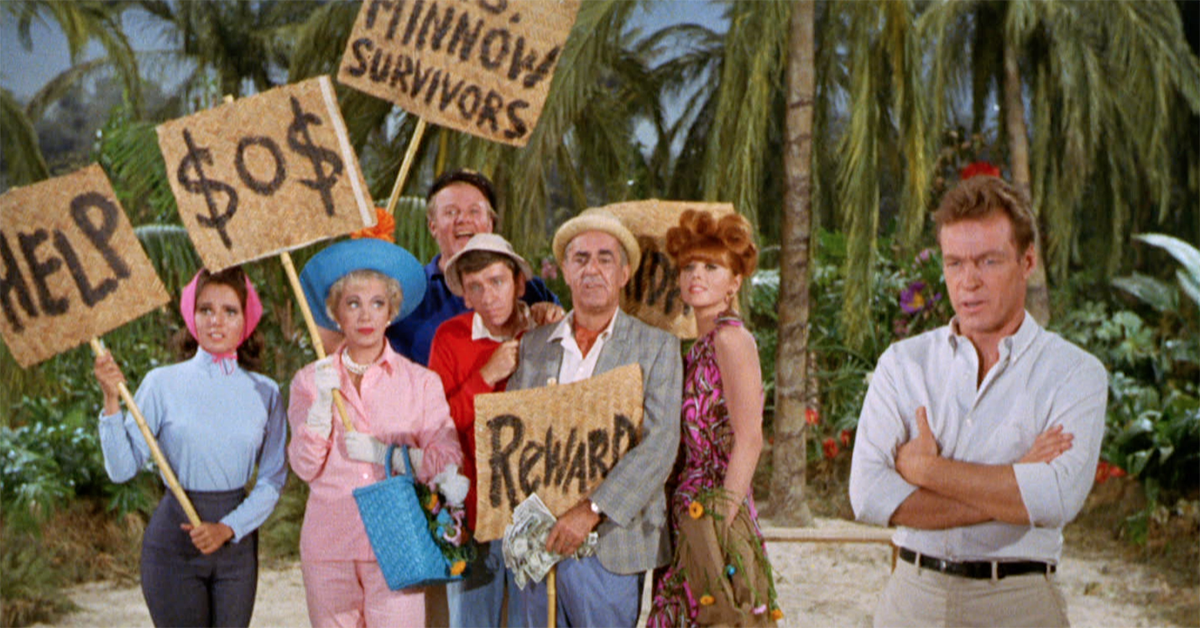 For Gilligan's Island to work as a sitcom, the cast has to remain castaways. It's the whole point of the show. Their performances were so convincing to viewers, many in the audience actually thought there were people in dire trouble stranded on an island somewhere.

It goes without saying that watching Gilligan's Island requires, then, a suspension of disbelief to fully enjoy the high jinks of the sitcom.

So, when a band called the Mosquitoes turns up on the island and leaves without bringing the castaways home — we watched, we laughed and we allowed it. Or when a famous movie producer does the same thing, arriving to film his movie and leaving without a single care for the castaways, you'd think the castaways would be focused on following him. But everyone's more concerned about the producer hurting Ginger's feelings than following him off the island.

Time and again, visitors would manage to make it to the island and leave without one thought for the castaways they were knowingly leaving behind. 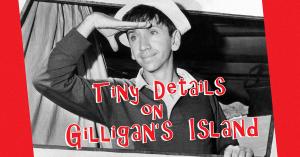 However, looking back through the episodes, we've identified five times when the castaways absolutely should've been saved. These were times when the islanders ended up suddenly equipped with technology — like a motorboat or a plane — or else on the radar of people whose job it is to save them, like NASA or the U.S. Air Force.

See if you agree with us as you read the list below, which details the most unlikely times the castaways were never rescued on Gilligan's Island. 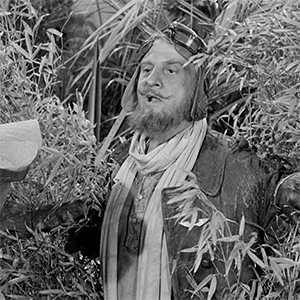 In the fifth episode, the castaways discovered a plane that crash-landed on the island and soon after met Wrongway Feldman, the pilot who crashed. The Professor quickly gets to work repairing the plane, only for Gilligan to work against his fellow castaways and help Wrongway steal away in the plane without taking anybody along with him.

As if this inconsiderate behavior wasn't enough, when Wrongway gets back to civilization, he tells the world all about the castaways, but a radio announcer claims that Wrongway's calculations are impossible to trace back to the island. So we are to believe that the best and brightest minds couldn't explore a patch of ocean with lives at stake. And yet! By complete accident, Wrongway manages to make it back to the island — that same season.

In "The Return of Wrongway Feldman," Wrongway comes back to Gilligan's Island, and, of course, leaves again by the episode's end, finally getting himself stranded on his own island that's presented as his personal definition of paradise. It's too bad Gilligan didn't have the initial foresight to keep the plane for his fellow passengers instead (but we know his heart was in the right place).

2. There was another visitor who came to the island twice. 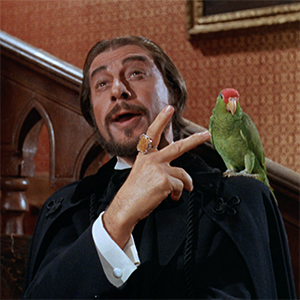 In the second season of Gilligan's Island, we meet "The Friendly Physician," Dr. Boris Balinkoff, who is actually a mad scientist who attempts to imprison and experiment on the castaways. When they manage to escape his creepy mansion, they take one of his boats back to their island home, and the Professor notes the boat (which has a motor!) could get them all the way back to Hawaii.

Unfortunately, that boat sinks as fast as Gilligan delivers punchlines. This episode isn't the last time the castaways encounter the mad scientist. Like Wrongway Feldman, Dr. Balinkoff returns to the island, too. In "Ring Around Gilligan," the doctor has a new scheme. This time, he plans to hypnotize the castaways into robbing a bank for him, and his plan is to do a trial run with coconuts to see if the hypnosis takes.

The doctor's plan, of course, fails, and the castaways don't end up off the island, but they also don't end up behind bars, so for that at least, we can all be grateful?

3. The U.S. Air Force literally finds the island and marks it on a map. 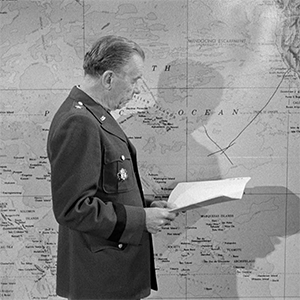 Perhaps the most tantalizingly close the Gilligan's Island crew ever came to a true rescue on the island was in the very first season in the episode "X Marks the Spot." That's when the U.S. Air Force began testing missiles where the castaways were making their makeshift home. To put it plainly: The U.S. Air Force found the castaways!

And yet, despite the fact that the island has now been located and the Air Force is actively monitoring the island (they even fly right over the island at a certain point), the Air Force totally drops the ball when it comes to rescuing the castaways. Raise your hand if you were shouting at the screen when you saw the X marked on the map!

4. NASA operators actually see the Minnow survivors on a satellite and do nothing. 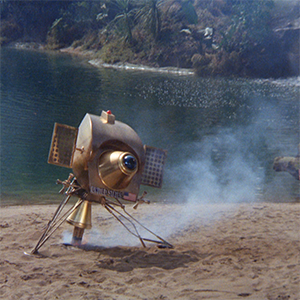 Then, of course, there was the episode "Smile, You're on Mars Camera," which is a copy of the U.S. Air Force episode but only this time, the islanders find a NASA satellite dropped on the island.

NASA dropped it there by accident. Its intended destination was Mars. Regardless, the castaways get to work trying to connect with the people on the other side of the satellite, and throughout the episode, we see all the many glimpses that the NASA operators get of the survivors. Each time, it's explained away that they can't tell what they're seeing, and seemingly they do not have ample curiosity to try and find out.

Unfortunately, not even the incredibly strange ending to the episode which finds the castaways covered in feathers and deemed unrecognizable on camera was enough for NASA to decide to investigate, and thus Gilligan and the rest remained firmly stuck in place for the next two seasons. 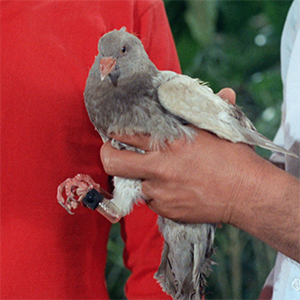 Finally, toward the end of Gilligan's Island, there was one last attempt at a rescue that really absolutely should've worked. In the third season episode "The Pigeon," the Professor finds an injured homing pigeon who the castaways nurse back to health in the hopes the pigeon will carry the message that gets them all saved at long last.

Too bad for the castaways, the owner of the pigeon is a prisoner in a correctional facility, and he's convinced the notes they send to him are phony — even questioning the $1,000 bill from Mr. Howell! As the castaways try again and again to communicate the urgency of their situation, a fateful call sees the prisoner released right when a photo that could've proved the castaways were legit and in need of rescue was left overlooked, just like the castaways were for the entire series run. 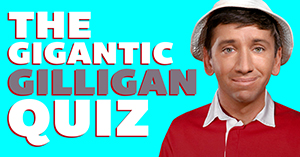 Just sit right back and we'll give you a quiz, a quiz of a fateful trip…. Take Quiz. 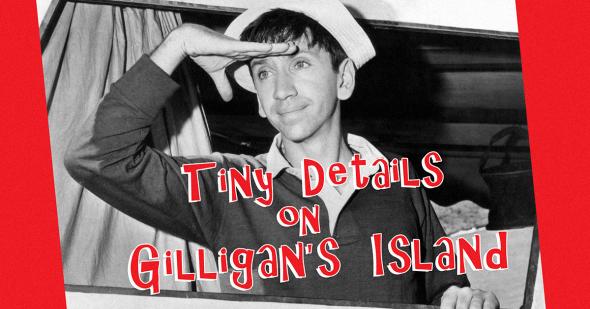 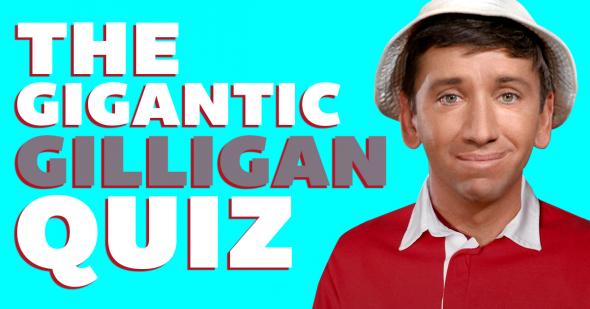 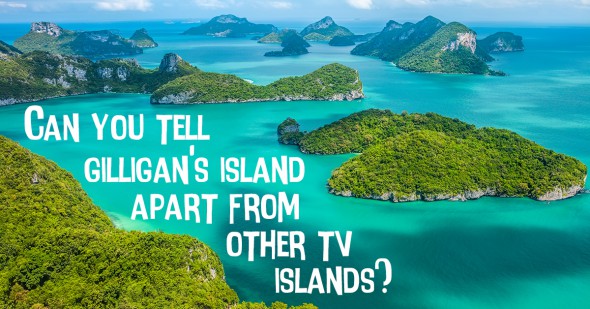 Can you tell Gilligan's Island apart from other TV islands?
Are you sure you want to delete this comment?
Close

TVFF 12 months ago
When the lovely Erika Tiffany-Smith came to the island that seemed like the perfect chance for the castaways to finally get rescued. What could possibly go wrong this time?
Like Reply Delete

WilliamUchtman 15 months ago
Although this article is logistically correct, it omits all the factors that prevented the rescues from happening: Wrongway's bumbling, Hecuba and Balinkoff's egos, the short-sightedness of the military and the lack of follow-ups on the consequences of so many other individuals. Once NASA realized the satellite was never on Mars, a group of researchers would have scoured the South Pacific looking for the "tribe" that dressed like birds. And what about the oft-mentioned relatives of the Castaways? NONE of them traveled to the area and searched the islands in the area for wreckage of the Minnow?
Like Reply Delete

John 15 months ago
I prefer the fan theory that the island was inescapable because the castaways were all dead and trapped in purgatory. Each of them was guilty of one of the seven deadly sins - Gluttony (Gilligan), Wrath (the Skipper), Pride (the Professor), Greed (Mr. Howell), Sloth (Mrs. Howell), Lust (Ginger Grant) and Envy (Mary-Ann) - and would not escape until they repented. All the other "people" they encountered were recently-dead wayward spirits passing through on their way to either Heaven or Hell.
Like Reply Delete

Gumbysstuntdouble 16 months ago
The Russians could have sent a ship to rescue them if they could persuade the castaways to keep quiet about the cosmonauts. Pravda headlinne "Soviet Navy Rescues Capitalist Oppressors, Five Others"
Like Reply Delete