Have a Big Mac while playing Battleship to celebrate. 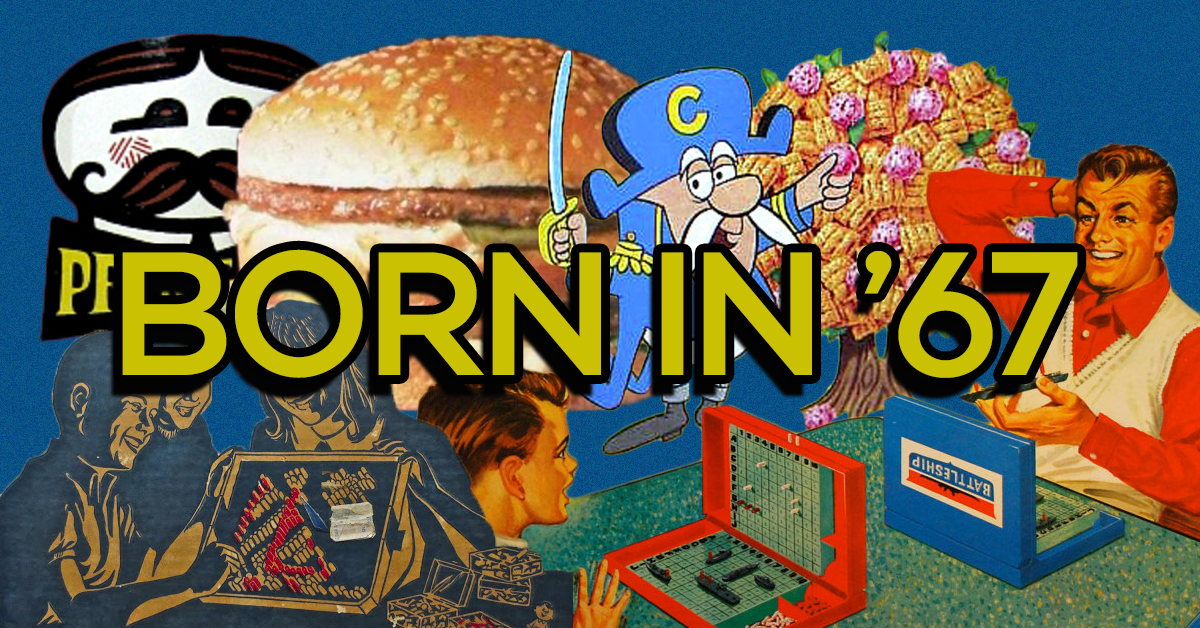 In 1967, the Clinton Corn Processing Company in Iowa began shipping its exclusive formula for high fructose corn syrup. Perhaps no food introduction from that year was more important. Yet that's hardly the most exciting 50th birthday to celebrate.

No worries, there are many beloved brands and iconic snacks hitting the big five-decade mark in 2017. We here at MeTV love remembering the sugary cereals, candy, fast food and toys of our youth. Thankfully, a lot of it is still around today for when we want to nostalgically indulge.

Let's take a look at some major snacks and playthings turning 50 years old in the upcoming year.

"You sunk my battleship!" It became the favorite cry of board-gamers when Milton Bradley unleashed its sea hunt game in '67. The gameplay traces back to a pencil-and-paper guessing game played by the French in World War I. The technologically enhanced Electronic Battleship would debut a decade later in '77. Happy 40th to that! 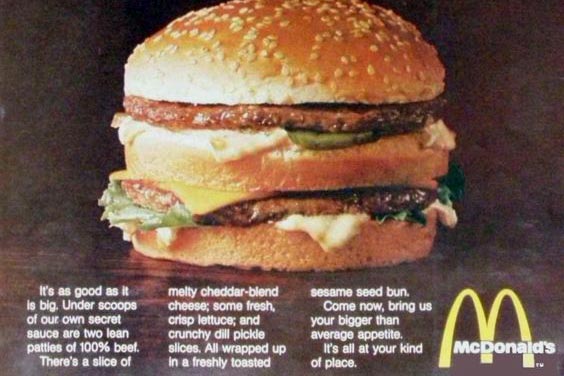 We all know what's in the iconic McDonald's burger thanks to its infectious jingle. Though, the original ad copy was different, touting the Big Mac's "two lean patties…melty chedder-blend cheese; some fresh, crisp lettuce; and crunchy dill pickle slices." That just doesn't roll off the tongue like, "Two all beef patties, special sauce…" 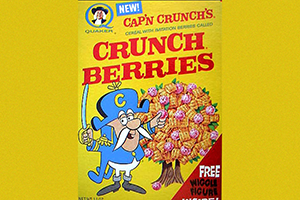 The good Cap'n first set sail in cereal bowls in 1963. Four years later, Quaker added round, red berries with his first spin-off, Crunch Berries. These days, there is more color variety to the berries. Peanut Butter Crunch followed in 1969. 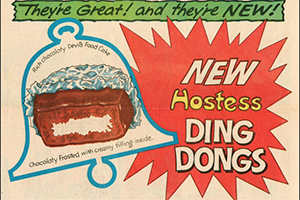 In Canada, the Hostess' devil's food cake treats are marketed as "King Dons." Sorry, Canadians, but the name was originally meant to emulate the sound of a ringing bell. Hostess began selling its Ho Hos that year, too. 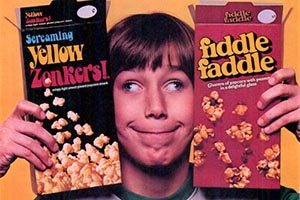 A product quite similar to Cracker Jack and Crunch 'n Munch, Fiddle Faddle got into the candy-coated popcorn game 50 years ago. Which do you prefer? 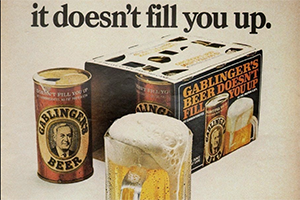 Miller has claimed to have invented light beer in the early 1970s, but low-calorie suds date back a little further. Gablinger’s Beer, often referred to as a "Diet Beer," was first sold in '67 by Forrest Brewing Company, a branch of Rheingold. The quaff was invented by a Swiss man named Hersch Gablinger, who figured out how to remove carbs from brewskis. Meister Brau Lite came a year later. Both flopped, leading Meister Brau to sell its formula to Miller in 1972. 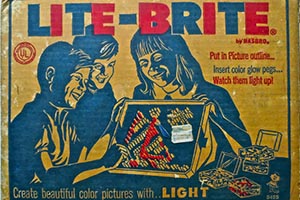 Colored plastic pegs, black paper and a light bulb — such a simple concept with brilliant results. Hasbro sold color-by-number templates, too, which helped us make a perfect Mickey Mouse. Today, naturally, Lite-Brite is an app. 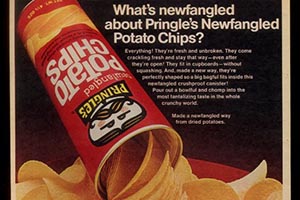 The Kellogg's potato chip was first branded as "Pringle's Newfangled Potato Chips." While the "Newfangled" has fallen away, the saddle-shaped snack continues to launch new flavors. There are multiple theories about the brand name, with claims that "Pringles" were named for a street in Ohio, a patent holder or perhaps a random name from the phone book. 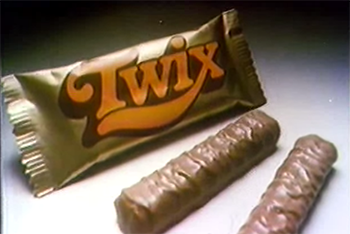 Astute MeTV.com readers might be thinking, "Hey, didn't you include these on your Candies Introduced in the 1970s list?" Indeed, the caramel-chocolate cookie bar was launched in America in 1979. However, the candy dates back to 1967, when it was first sold in the U.K. 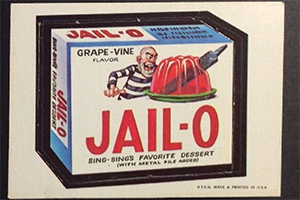 The Topps Company first sold these silly stickers and trading cards in '67. The product parodies were rather dark, pitching false products like "Hostage Cupcakes." Two of the originals, "Cracked Animals" and "Ratz Crackers," were pulled from production after the first run. Check your attic. 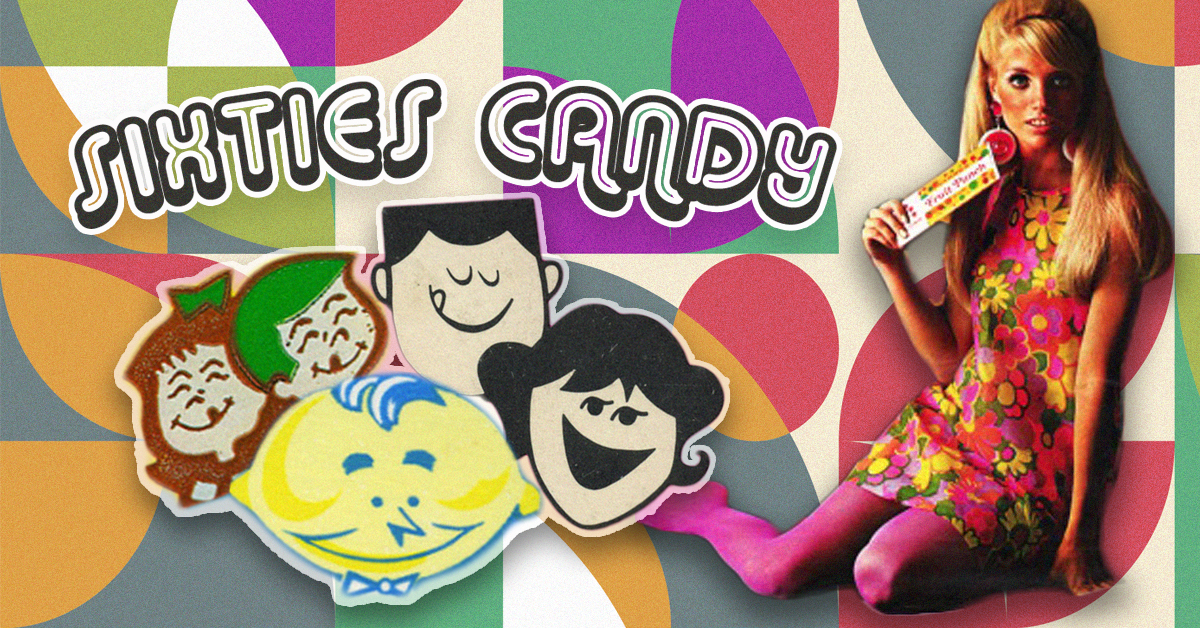