Where To Watch Shop Store Contact
Home / Stories / You may have missed this sneaky marketing moment in the Christmas episode of The Flintstones
Did you know?Christmas

'Tis the season for clever product-placement, even in the '60s! 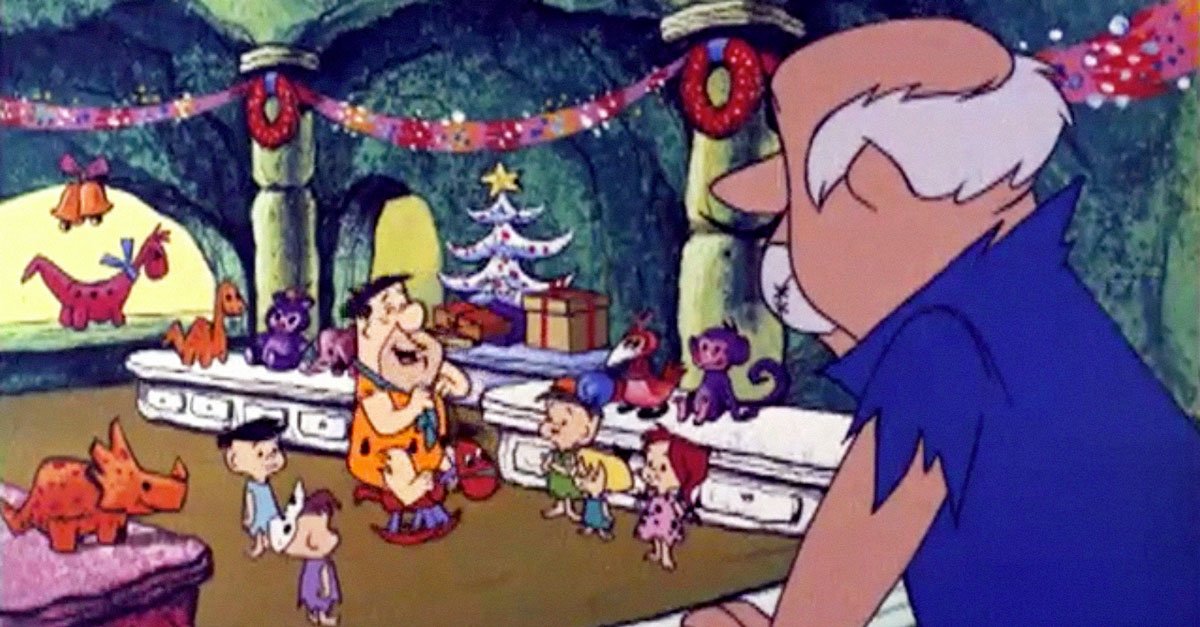 Department stores carry toys around the holidays, and in the animated Stone Age world of The Flintstones, their stores are no exception. In "Christmas Flintstone," Fred Flintstone finds himself working at Macyrocks, a department store that functions an awful lot like a modern-day Macy’s. 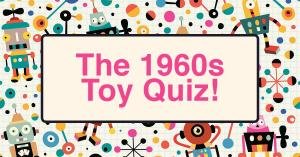 After he’s given the job as the store's Santa, Fred is then tasked with filling for the real Santa Claus, dispensing toys to the children of the world. There’s one toy in particular that can be seen all over the episode that may have hinted at a timely toy release.

Did you notice those Pebbles dolls hanging around the store?

The Pebbles doll was released by Ideal Toys in 1964, which only came to fruition because of some in-depth marketing done in the toy industry.

The Flintstone family was meant to originally consist of Fred, Wilma and… Fred Jr.? The kid was ditched when the series began, as the show instead focused on the two adult couples. In season three, the creators decided to give the Flintstones a child.

The writers and creators were set to introduce a young Flintstones male — until Ideal Toys pointed out that they would sell a lot more merchandise if they made the baby a girl. Baby girl dolls sell. Little boy dolls did not in 1963. You can see the original Pebbles doll packaging below. 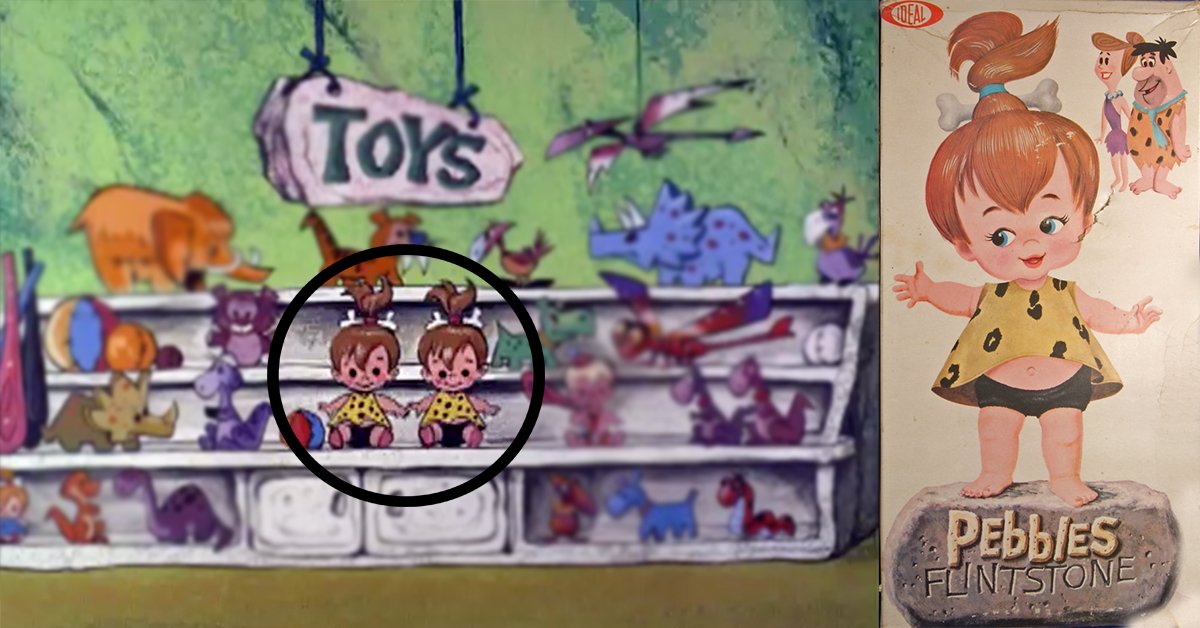 Pebbles in the Flintstones, and the Pebbles doll form Ideal Toys (right). 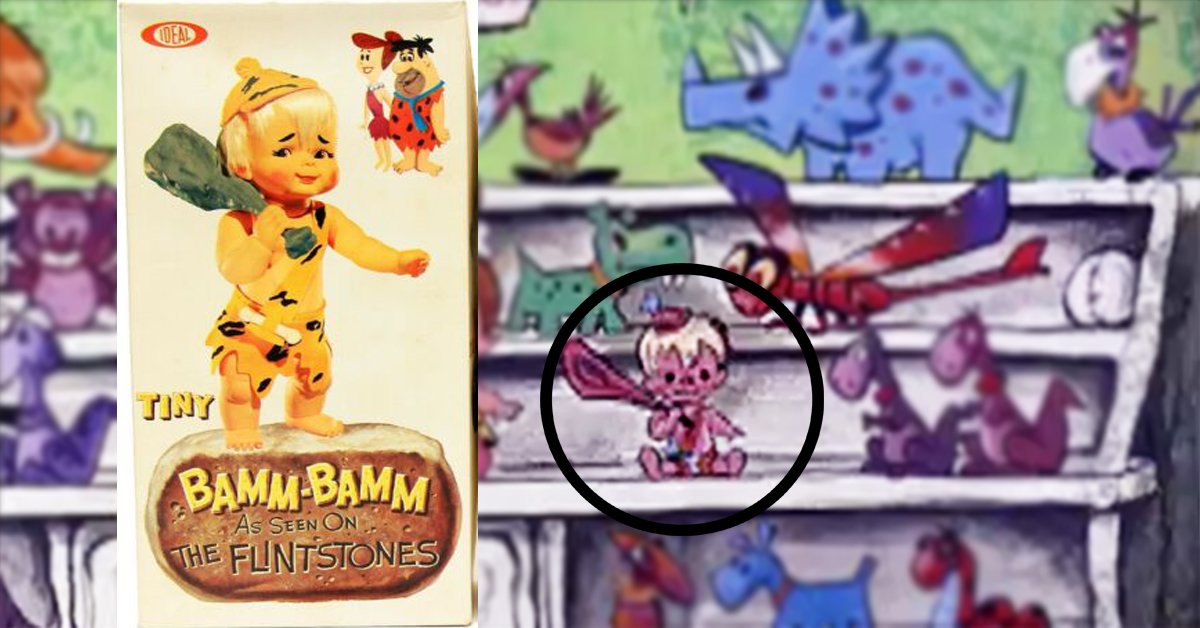 Bamm-Bamm doll from Ideal Toys.
Cut back to the holiday episode of The Flintstones, and what can be seen all over the show? Why, those very same Pebbles baby dolls littering the screen!

The doll made its debut in 1964, sporting the same leopard-print shirtdress and tiny bone barrette that the baby Flintstone wears. You can see the doll clearly depicted when Fred enters the toy department, hiding on the shelves in the background.

Not only that, but you can also see a small Bamm-Bamm doll on the shelves as well! The Bamm-Bamm toy came only after the initial success of his next-door neighbor.

"Christmas Flintstone" aired on December 25, 1964, so the show missed the pre-holiday shopping rush. But, really, when are kids not asking for new toys? 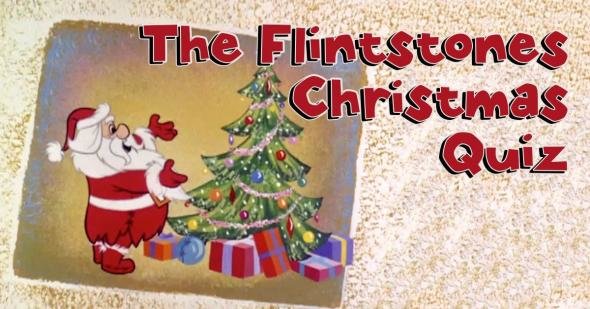 Christmas
How well do you remember the Flintstones Christmas episode?

VBartilucci 12 months ago
How about in The Man Called Flintstone, where the family flew to Eurock...on Qantas airlines?
Like Reply Delete

Debra 30 months ago
I remember watching the Flintstones the first time they were on tv. My favorite cartoon ever. I taped 3 different Flintstones Christmas specials back in the 80's but I can't watch them because they are on vcr tapes. No vcr anymore.
Like (1) Reply Delete

RobCertSDSCascap Debra 30 months ago
Have them transferred.
Like (1) Reply Delete

CouchPotato19 Debra 30 months ago
If they're good quality to view, you should sell 'em on Ebay. I sold some VHS tapes of Bozo's Circus specials that I taped.........the last show and a special.
Like Reply Delete

DuanneWalton 30 months ago
There was also the Bewitched episode that promoted the Tabitha doll.
Like Reply Delete

dth1971 30 months ago
How much would Pebbles dolls and Bamm Bamm dolls be worth on ebay and Mercari?
Like Reply Delete

thedude1500 dth1971 30 months ago
Depends on condition and if left in the original packaging.
Like Reply Delete

JDnHuntsvilleAL dth1971 30 months ago
Can't you just go to ebay.com and look for yourself?
Like Reply Delete