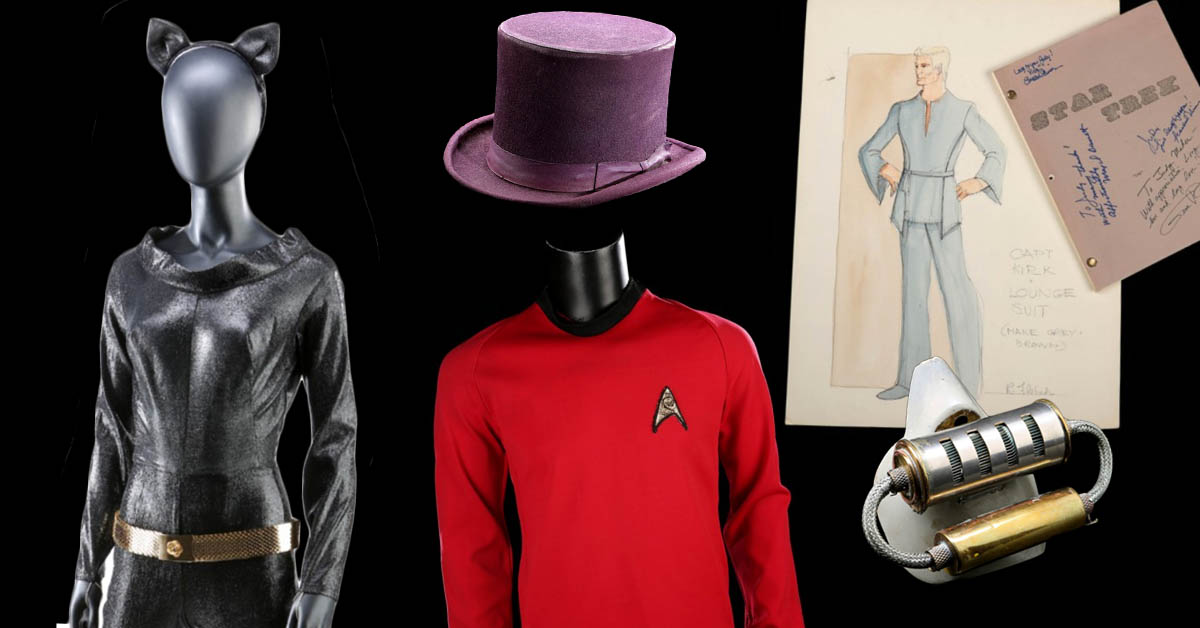 Perhaps you're a massive fan of the 1966 Batman TV show, or the original Star Trek. To show off your fandom, you toil away at a sewing machine to craft the ultimate replica costume. You wear it to a comic con, to mingle with your cosplaying friends. And somebody there bests everyone. Because they had a lot of money. And they just went out and bought the original costume.

This scenerio just might come true next San Diego Comic Con, thanks to a massive upcoming auction. Prop Store Auction will hold its "Live Auction Entertainment Memorabilia" event in a few weeks, on September 26th. The sell-off is a sci-fi lovers dream, with hundreds of iconic costumes and props. You can purchase original Ghostbusters suits, C-3PO's head, Robocop's armor, Michael Jackson's werewolf face from "Thriller," James Bond's gadget watch, Indiana Jones' whip and so much more. There's some incredible stuff, from the 1960s to the modern day.

Of course, we were most interesting in the television props. There are some neat knickknicks from Magnum, P.I. and Pee Wee's Playhouse, but the real gems come from Batman and Star Trek.

Carrying one of the lot's highest estimated price tags — around $30,000 — Julie Newmar's original Catwoman costume comes complete with pointy ears and flower-pendant belt buckle. Newmar's name is even sewn into the inside. Offering far less coverage for about the same cost is Burgess Meredith's purple Penguin top hat. This particular hat comes with a jockey's chinstrap, presumably from the episode "A Horse of a Different Color." One of Batman's Bat-Respirators is in the lot, too, as seen in the image up top.

Trekkies and Trekkers take note, as well. You can buy a genuine Engineering "Redshirt"… if you want to tempt fate. Hey, Scotty made it out okay. There is also a fascinating concept sketch of the Captain's outfit up for auction. It's far funkier and a little leisure-suit-ish.

Time to break open those piggy banks and start bidding.