What ever happened to Arthur Treacher's Fish & Chips?

There was only one place to get fish and chips in the 1970s. 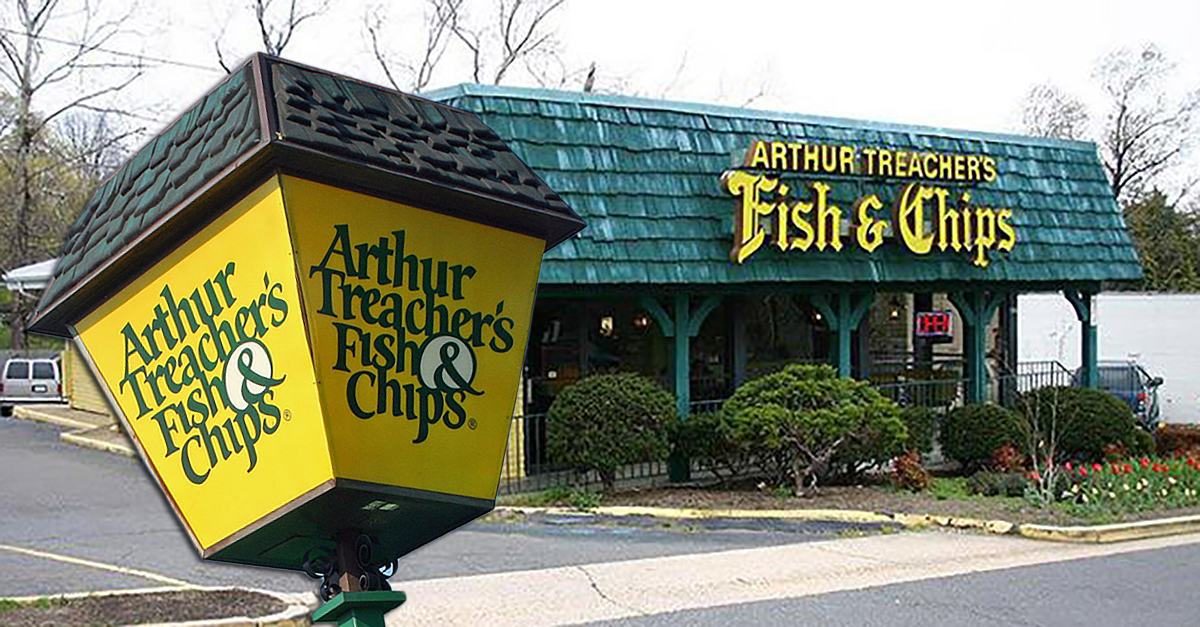 Seafood is a tricky cuisine to get right. If you don't live near one of the coasts, it's not fresh. It can also be expensive, so not many national fast food chains are willing to put it on the menu.

In the 1970s, however, there was one place you could rely on for good, inexpensive seafood.

You didn't have to look too far to find it either. At its peak, Arthur Treacher's Fish & Chips had about 800 locations across the country.

Fast forward to today, and the restaurant chain conjures up images of a bygone era.

So what happened to one of the country's largest fast food chains? Just like many fads of the 1970s, it went out of style. But there were also outside factors involved.

Not many people remember that the restaurant chain was named after the English actor of the same name. Arthur Treacher is best remembered today as Jeeves the butler in several Shirley Temple films.

Despite the English name and branding, the chain was founded in 1969 in Columbus, Ohio.

Unlike chains that started off slow, Arthur Treachers aggressively expanded right off the bat. By the early 1970s, hundreds of locations were in operation across the county.

It was the perfect storm for the fast food chain focused on seafood. Anyone could get a burger from Burger Chef or McDonalds, but only at Arthur Treacher's could you get their famous cod fish and chips. The restaurant's specialty became especially important for many families during Lent, when Catholics are prohibited from consuming meat on Fridays.

But the perfect storm quickly turned into a devastating hurricane. The expansion of chains like McDonalds and Burger King in the 1970s forced many younger and regional chains out of business.

On top of that, the price of cod skyrocketed in the 1970s due to the "Cod Wars." Iceland imposed a 200-mile fishing limit around the country, meaning British fishing companies lost access to waters rich with cod. In fact, the two countries almost went to war over the issue.

Throughout the 1980s, Arthur Treacher's went through several owners and quickly began to lose ground to its competitors. Before long, hundreds of locations shuttered, and the chain was a shell of its former self.

The chain isn't completely gone, however. There are seven remaining locations around the country - three in New York and four in Ohio.

"People drive by, look up and notice the lantern and then stop in," says restaurant owner Ben Vittoria of Garfield Heights, Ohio. "They're shocked to see that we're still open."

VBartilucci 27 months ago
"The meal you cannot make at home"

I remember the rumor was that they used club soda in the batter.
Like Reply Delete

JeffTanner 49 months ago
I wish Arthur Treacher's was still in business around where I live, They were much better than Long John Silver's could ever think of being.
Like Reply Delete

RedSamRackham JeffTanner 27 months ago
* I liked the fried shrimp dinner with fries, hush puppies and cole slaw from Long John Silvers. For fish I like a Filet O Fish & fries from McDonalds. ☺
Like Reply Delete