8 fast food chains you wish you could eat at again

Your mouth will water while remembering these now-defunct hamburger restaurants. 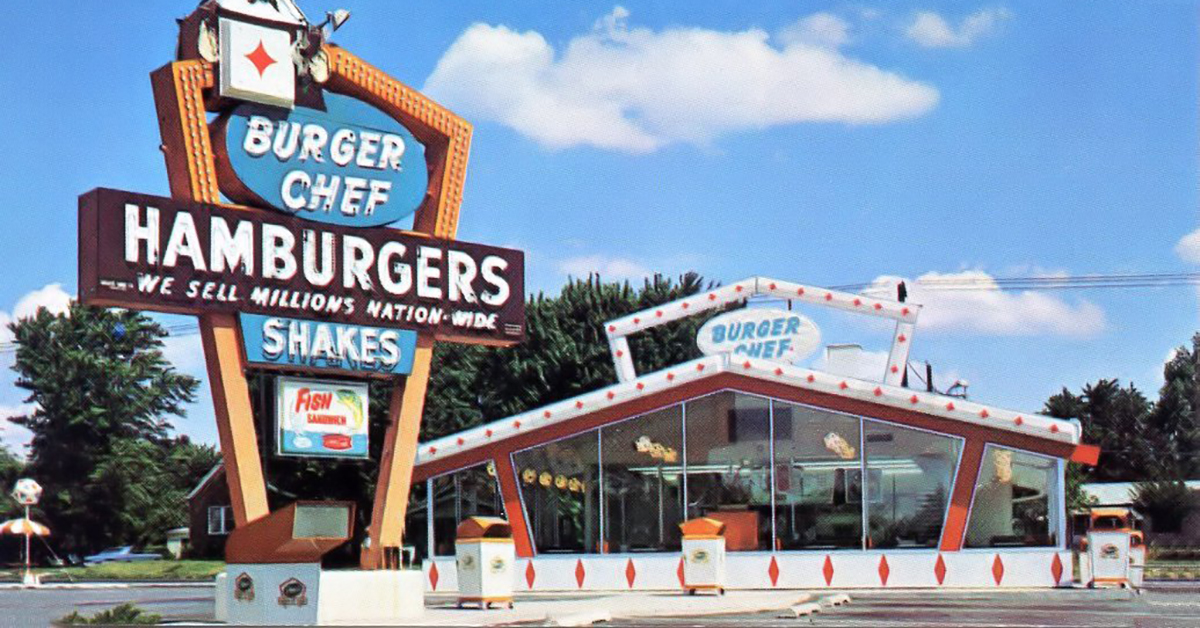 Craving a burger? Chances are, there's a McDonald's right down the street. Fast food is an American tradition that brings up memories of drive-thrus and good times. But for every Burger King, there's a Burger Chef that is long gone. While you can't go to these eight fast food chains anymore, their memories live on in our hearts and taste buds. 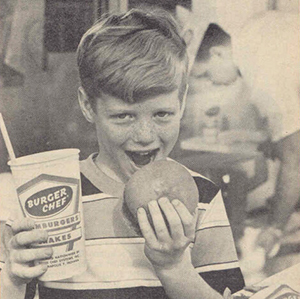 With the popularity of McDonald's in the 1950s, Burger Chef sprung up around the country in the 1960s. The chain was so popular, in 1972 there were 1,200 outlets across the country — second only to McDonalds. But the rapid expansion proved to be the downfall of the chain, which was eventually sold to Hardee's. Burger Chef leaves behind a big legacy with its Fun Meal, the first ever kid's meal to include a plastic toy. 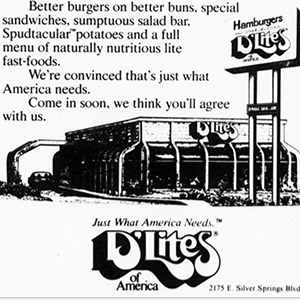 Before the recent health craze took over, there was D'Lites. The Georgia-based fast food chain sold tasty food that focused on health and nutrition. D'Lites had a brief run in the late-'70s and '80s, but it managed to franchise over 100 locations around the country. The chain's downfall came when McDonald's and Burger King started to offer healthier menu options. 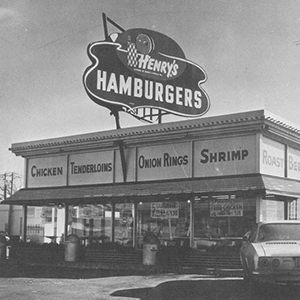 In the mid-'50s, Bresler's Ice Cream Company decided to jump on the growing fast food action by opening Henry's Hamburgers. By the early '60s, people could get "ten burgers for a buck" at over 200 restaurants around the country. The success of other chains led to Henry's Hamburgers' decline in the '70s, but it didn't disappear completely. There's one location still open in Benton Harbor, Michigan. 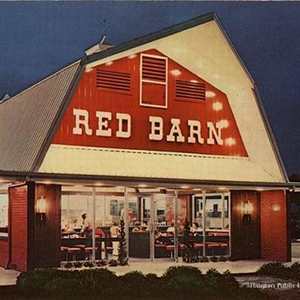 "When the hungries hit, hit the Red Barn." That's exactly what customers did for more than two decades. The fast food chain, founded in 1961, served up "Big Barneys" and "Barnbusters" in 19 states. By the '80s, Red Barn's parent company was bought out by Motel 6, and the chain eventually went defunct. 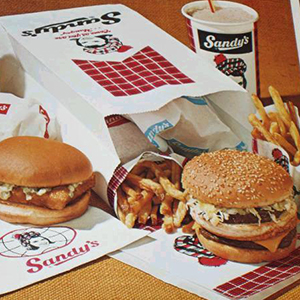 The four founders of Sandy's originally operated some of the earliest McDonald's franchises. But when they couldn't open a location in Peoria, Illinois, they decided to start their own business. The Scottish-themed Sandy's opened in 1956, expanding on what McDonald's had done. In the early 70s, Sandy's merged with Hardee's, and the brand all but disappeared later in the decade.

Image credit: Come As You Are... Hungry! 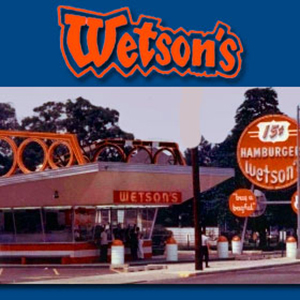 When Wetson's opened in 1959, it was the McDonald's of New York, complete with 15-cent burgers and two clowns for mascots. The reign of Wetson's was short, however. When McDonald's and Burger King came to New York City in the 1970s, Wetson struggled to keep up and the chain went defunct in 1975. Recently there's been talk about a revival, but so far nothing has come to fruition. 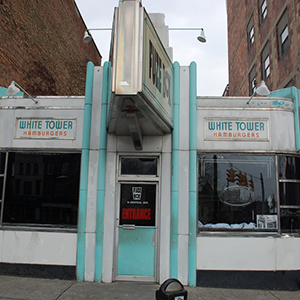 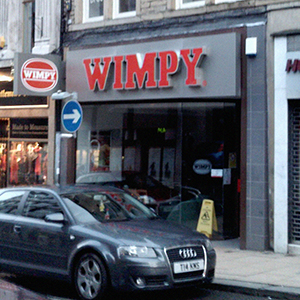 Inspired by the hamburger-loving Popeye's character of the same name, Wimpy's opened its doors in the 1930s and steadily grew across the Midwest until the 1950s. In the 1970s, Wimpy's all but ceased to exist in the United States when the founder died and no one purchased the rights to the Wimpy name. Surprisingly enough, the chain is still big in the U.K. and South Africa.

Itsmetoo 10 months ago
Naugles! OMG they were the best!
We still crave their beans and cheese and their nachos late at night.
I called Del Taco in California and they had no clue about the Naugles restaurants.
Don't you hate it when one of your favorite places to eat disappears!
Just like Sweet Tomatoes! I loved their salad bars and soups.
Remember Fuddruckers? They got bought out and the food quality dropped, no wonder.

denny 10 months ago
Seems like Ohio always has the last remaining restaurant of a defunct franchise.
Like Reply Delete

MikeMattox 25 months ago
I would give my left arm to eat at D'Lites again. Healthy food that didn't taste like healthy food (yes, I meant that as a compliment). Most fast food places would rather you have a soda with it. I always got their sparkling apple juice when I went there. Sadly, they quit making that too after D'lites folded.

And they also had the best peach frozen yogurt on the planet. Far better than TCBY's.
Like Reply Delete

forthekids 27 months ago
I remember going with my family to Wetson's in the Far Rockaway section of Queens,NYC in the early 1960's.I enjoyed eating their burgers, fries and drinking cokes. Later..Wetson's built a restaurant in The Bronx,NYC..I enjoyed eating there with my family. I miss that place..In Fact? They had a living hamburger King(A burger with a face and a king's body and crown and sepeter)..this was the first "Burger King"that we knew of in NYC..before.."Burger King"was known..nation wide.
Like Reply Delete