"Nobody Does It Like Me" ends with a kiss between the two TV icons.

December 20, 2021, 2:16PM By MeTV Staff
On Now
Watch Alan Alda duet with Carol Burnett as a shopping mall Santa!
Up Next:
Share

When Christmas came around in 1974, both Alan Alda and Carol Burnett were at the top of their games, both starring in TV shows that had snagged 10 Emmy nominations a piece that year.

While The Carol Burnett Show relied exclusively on laughs to generate popular and critical acclaim, Alda’s show M*A*S*H gave Alda room to dance the line between drama and comedy. Still, Alda’s character Hawkeye was known as a wiseacre and any excuse to watch Alda goof off was an indulgent part of the show for fans.

That’s why it became an extra special holiday treat when Carol Burnett hosted Alda on her show for a December 21 episode that cast Alda as a shopping mall Santa Claus singing a duet with Carol as a flustered cashier. In this festive bit, we were watching two legendary actors at their very best, just having fun and playing off each other.

In "Nobody Does It Like Me," Alda starts off in a Santa suit, where the first thing that happens is a kid sitting in his lap chomps down on his hand.

"I’m bleeding!" Alda shouts, and soon Carol Burnett, rushing to get through a line of frantic customers, shuts down the store, apologizing as everyone but the two actors exit. 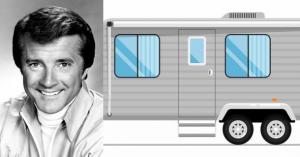 Did you know?
The Carol Burnett Show's Lyle Waggoner reinvented a fundamental part of the film and TV industry

As soon as they’re alone, the song begins, and soon Carol is singing downtrodden about how nobody screws up like her.

When Alda comes in vocally, it’s in a deep baritone, and as he sings, he’s removing layers of his Santa suit, including a big white pillow that poses as Santa’s belly full of jelly. In his verse, he agrees they’ve both screwed up, asking for a bandage for his injury while crooning to Carol, "You and me, you and me, baby."

As the song builds, soon it’s Carol agreeing with Alda, as she sings back, "You and me, you and me, baby," and Alda joins her, both of them comically mastering the ability to have defeat dripping from their upbeat delivery.

When the song gets to the end, you can catch Carol smiling genuinely at Alda, clearly having fun in the moment, as they bicker over who is worse at life, while in reality everybody watching knows they’re the best at everything they do.

And then just when you expect the pair to shake hands and go their separate ways, the song takes an even funnier twist, positioning the two as soulmates in their sorrows.

The final verse finds them swaying, Alda’s arms around Burnett’s waist, until she accidentally grazes his wound.

Flinching, Alda pulls away, then Burnett kisses his injured hand, and he pulls the bandage off to place it instead on her ring finger.

Together, they repeat, "You and me, babe."

This, of course, wasn’t the first time audiences were seeing them together, but we have to argue it’s among the sweetest.

Earlier that year, Alda had directed Burnett in a TV movie, and in their careers, their paths had continually crossed. Burnett once told MeTV about growing up with Alda.

In 1977, Alda told the Santa Maria Times what made Burnett such a great costar.

"Carol was a joy to work with because she’s a very, very talented lady, though somewhat of a nut," Alda said.

"Alan’s a nut, too," Burnett said. "I seem to work best with people who are slightly nutty, like me." 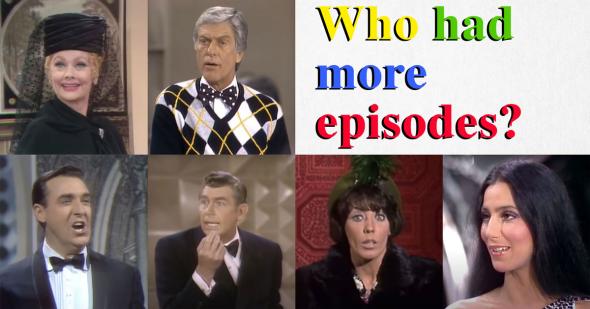 Who appeared more often on The Carol Burnett Show? 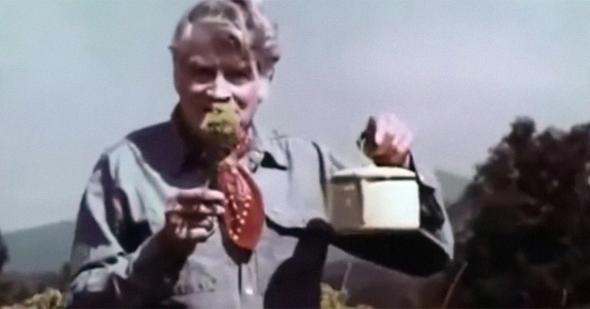 Nostalgia
Remember Euell Gibbons, the man who would ''eat a pine tree'' on TV? 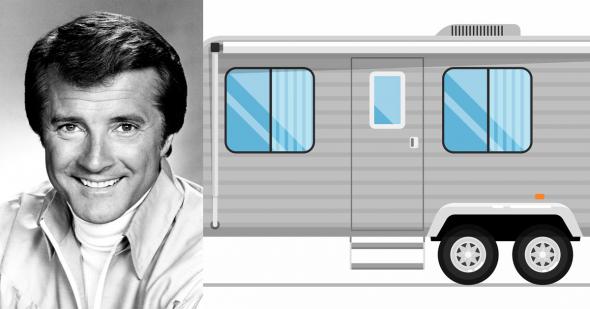 Did you know?
The Carol Burnett Show's Lyle Waggoner reinvented a fundamental part of the film and TV industry
Are you sure you want to delete this comment?
Close

Zip 13 months ago
I don't know when this aired in relation to MASH, but it would have been funny if Alan Alda would have hummed or sung some of this song in the MASH episode when he was dressed as Santa and was dropped into enemy territory to helped some wounded soldiers.
Well, maybe when he was dressed like that back at camp. Wouldn't be so funny in a combat zone.
Like Reply Delete

Pacificsun 13 months ago
It's hard to tell but I think this episode comes on this Thurs. 12/23/21, but be sure to check your local guide. I went by who was appearing on the episode because that's all my guide indicates.
Like Reply Delete

Pacificsun 13 months ago
Not everybody can get Decades anymore. That's really too bad, they had a lot to offer in terms of their reporting. And their Binges were the best!
Like Reply Delete

bagandwallyfan52 13 months ago
I liked the Christmas Episode of
The Andy Griffith Show which
Featured mean BEN Weaver
Played by Will Wright.
This episode was on METV
A couple of days ago.
Like Reply Delete

bagandwallyfan52 13 months ago
FINAL CHUCK CUNNINGHAM
EPISODE of Happy Days is
Called Guess Who's Coming To
Christmas and has the LAST
Appearance of Chuck Cunningham 2(Randolph Roberts) and this Christmas
Episode of Happy Days is on
METV on Friday December 24TH
At 6:30pm
Like Reply Delete

Andybandit 13 months ago
I think Tim Conway and Harvey korman are so hilarious.
Like Reply Delete

Michael 13 months ago
December 21st. That's my memory, that shows kept going cliser to Christmas. Now they clear out early, often for reruns rather than holiday programming.
Like Reply Delete

cperrynaples 13 months ago
Perhaps the strangest Carol musical number came in the last season: Dressed up as an old woman, she sang the disco era song "You Can't Turn Me Off [In The Middle Of Turning Me On]"!
Like Reply Delete

cperrynaples cperrynaples 13 months ago
PS Found it on You Tube! Not sure what was funnier: Carol's deadpan expression or Tim Conway's goofball stare!
Like Reply Delete

Pacificsun stephaniestavr5 13 months ago
Thanks for the tip.
I loved Decades. Because (at least in my marketplace) it was original. And seemed a very appropriate adjunct to the interest in classic TV by filling in the historical footnotes. Decades here was affiliated with a CBS outlet but gave up their digital channel that was hosting it. And the next thing we knew, a much stronger (NBC) affiliate expanded Weigel's presence by adding Heroes & Icons with pure action/adventure. All and all with very good programming. Just that we lost our Binges.

I know you know all of this. Just putting it out there for anyone who might also have had that experience.
Like Reply Delete