Tune in Friday evening at 8PM | 7C for two hours of Gomer Pyle. 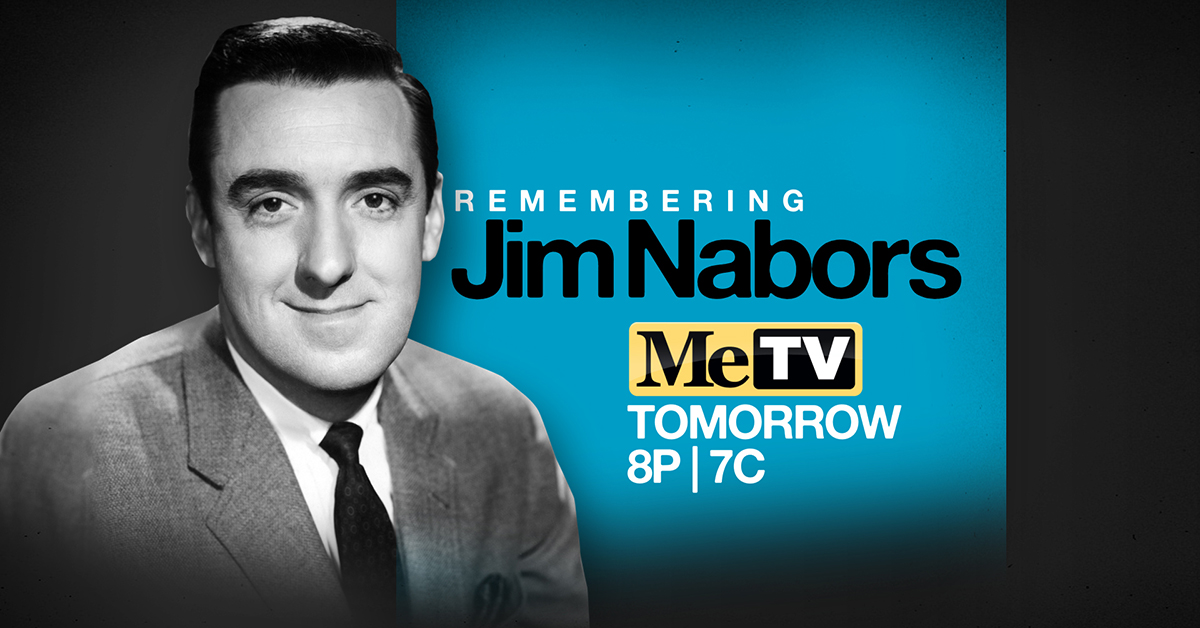 On Wednesday, Jim Nabors passed away at the age of 89 in his home in Hawaii. He was best known as the beloved, bumbling Gomer Pyle on both The Andy Griffith Show and its spin-off Gomer Pyle, U.S.M.C.

Yet, Nabors demonstrated far greater range in his entertainment career. He sang with a rich, stunning voice, belting out romantic ballads and holiday music on numerous hit records. For three decades, he sang "Back Home Again in Indiana" before each Indianapolis 500. He was a good luck charm to Carol Burnett, who made it a ritual to book Nabors as a guest on the first episode in each season of The Carol Burnett Show. He has a stretch of highway named after him in Talladega County, Alabama. He is an honorary Marine.

To celebrate this wonderful entertainer, MeTV is proud to present "Remembering Jim Nabors," Friday, December 1, at 8PM | 7C. We have selected two favorite episodes of The Andy Griffith Show featuring Gomer Pyle. In addition, we will air two special episodes of Gomer Pyle, U.S.M.C. afterward (in place of Mama's Family and ALF).

Here is what you will see*:

Gomer is convinced that Andy saved his life by putting out a small fire at the filling station. He then begins to repay Andy by becoming his servant.

Gomer comes to the courthouse one day with an announcement—he has decided to join the Marines, believing it a test of his manhood. This fourth season finale served as the launch pad for the spin-off…

In the series premiere, Gomer tries to pass an obstacle course to earn the respect of Sgt. Carter.

Gomer has stage fright and loses his voice just before a Washington show. Here, you can witness his deep, booming voice, as Nabors sings in the final act.