Today is an important day in the history of Elvis' hips

On October 28, Presley wowed Ed Sullivan and got in hot water with the LA police. All thanks to a little shaking. 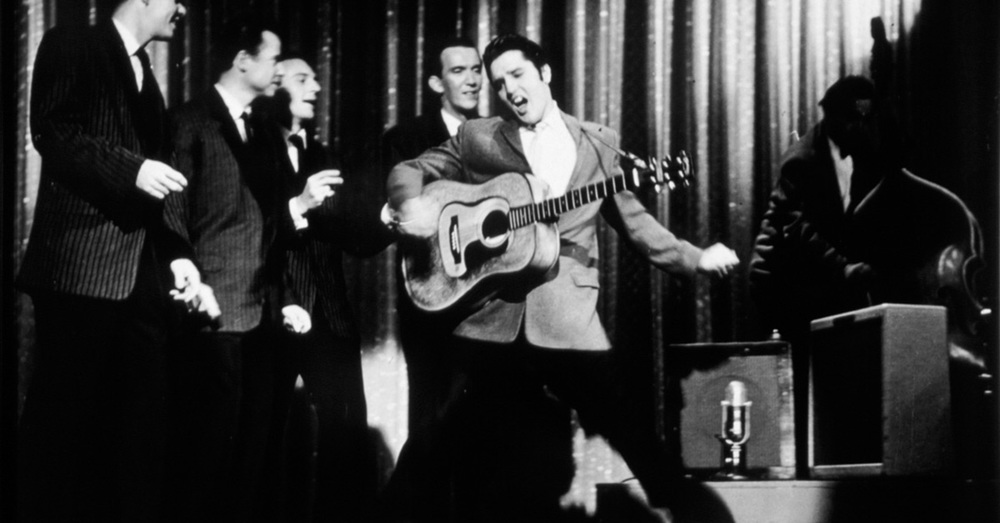 Ed Sullivan was befuddled. "I can’t figure this darn thing out," he said to his audience. "You know. He just does this…" He shook his leg. "And everybody yells." Of course, everyone did not yell for Ed.

It was October 28, 1956, and Elvis has just finished a number during his second appearance on The Ed Sullivan Show. His landmark debut appearance had only been in early September, but already so much had changed for the rock & roll idol. He had finished his first movie, Love Me Tender, which was primed for a Thanksgiving release. The film had not tested well, as Presley died at the end, so producers had the star record another verse of the title track in New York to superimpose over the ending.

Sullivan had Elvis over for dinner to get a better sense of this Mississippi kid. Four songs were carefully selected for his second appearance, largely ballads. He performed three times on that episode, singing "Don't Be Cruel," "Love Me Tender," "Love Me" and "Hound Dog." It was Elvis-this and Elvis-that on an extremely Elvis-heavy program. And, yes, you could see his lower body, as he shimmied in his slick white shoes. Sullivan talked about Elvis throughout the evening. Elvis even got a chance to address the crowd. First he plugged his upcoming flick and another Sullivan appearance in January.

"May god bless you as he's blessed me," he told the viewers with his hand raised to the heavens. He was just as out of breath as the audience.

For that third appearance in early 1957, the camera was largely aimed above the waist.

Elvis' hips would again come into question on October 28, 1957, when the King played the first of a two-night stand at Los Angeles' Pan-Pacific Auditorium. Local police warned Elvis to tame his pelvis.

The Los Angeles Times has a fascinating and funny post about contemporary reviews of the performance. Here is critic Dick Williams on the October 28 gig.

Sexhibitionist Elvis Presley has come at last in person to a visibly palpitating, adolescent female Los Angeles to give all the little girls' libidos the jolt of their lives… If any further proof were needed that what Elvis offers is not basically music but a sex show, it was provided last night… He wiggled, bounced, shook and ground in the style which stripteasers of the opposite sex have been using at stag shows since grandpa was a boy.

The authorities carefully filmed and reviewed footage on the second evening.