Tickets for Desert Trip, the epic concert with the Stones, Dylan, McCartney and more, go on sale today

Get your tickets today at 1PM Eastern time. 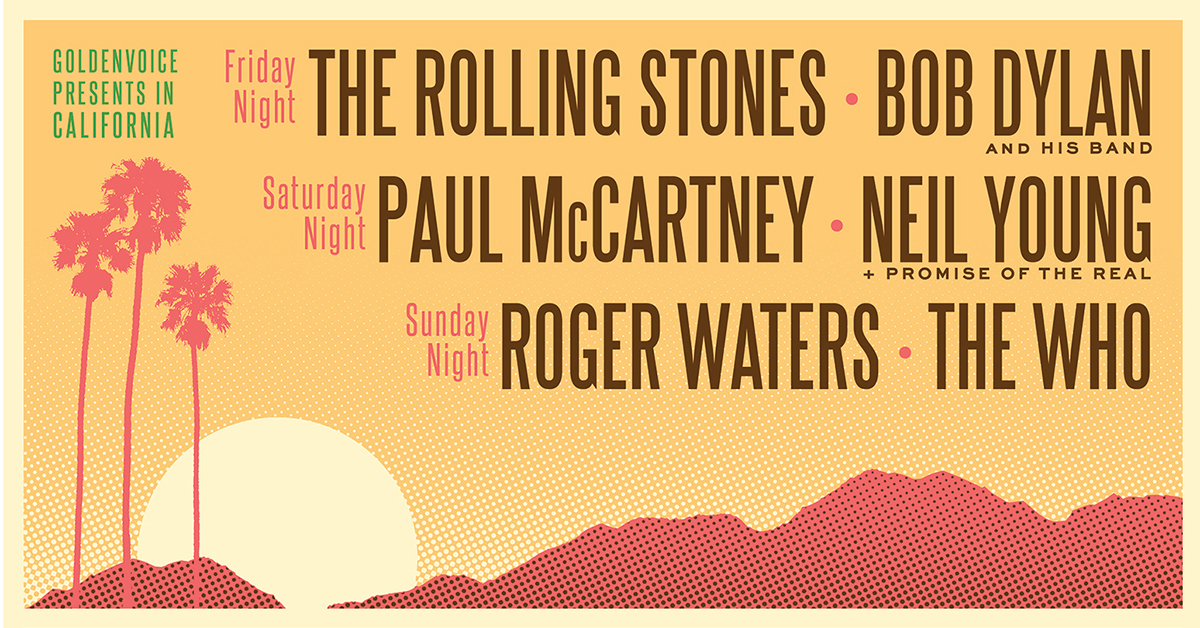 Last month we told you about an epic rock concert brewing in the California desert that would finally put the Rolling Stones, Bob Dylan, the Who, Paul McCartney, Roger Waters and Neil Young on the same bill. The festival, put together by Goldenvoice, the promoter behind Coachella, is indeed happening this October 7–9 in Indio, California. Tickets go on sale today.

The three-day affair splits the lineup into pairs, with the Stones and Dylan kicking things off on the Friday evening. McCartney and Young follow on Saturday, with the Who and Waters closing the shindig on Sunday. Single day tickets cost $199 ($224 with shuttle), while three-day passes run $399–$1,599. Hey, dreams don't come cheap.

Passes go on sale this morning at 10AM Pacific time.