This is what college life looked like fifty years ago

Let's flip through some yearbooks from 1967. 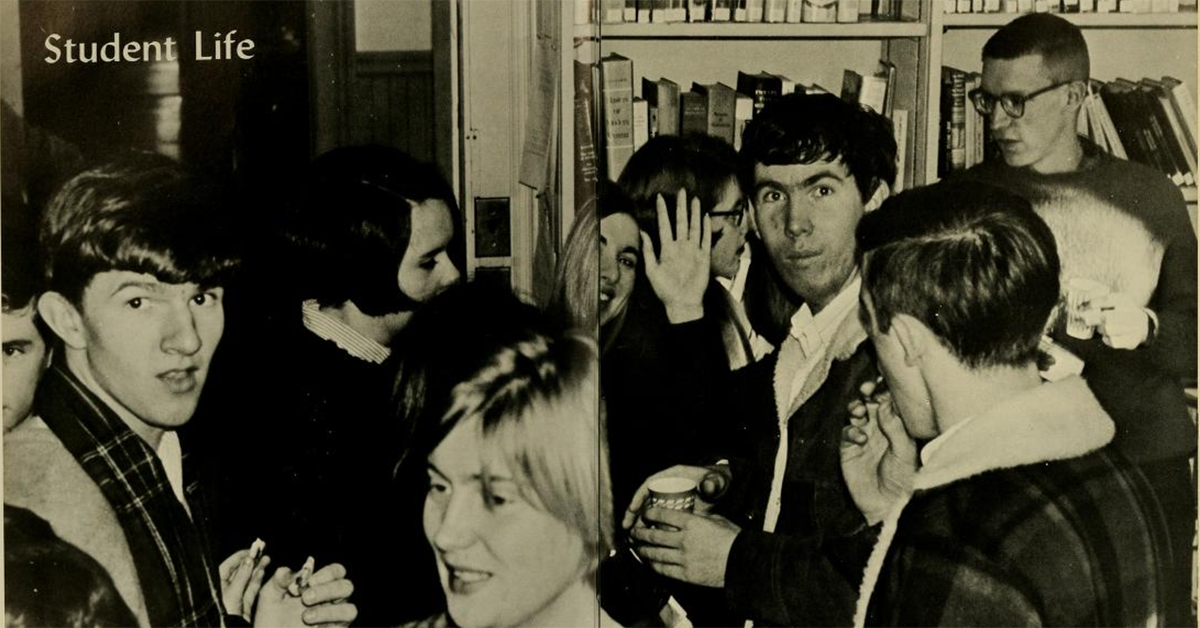 With the tumult of the late Sixities, being a college student in 1967 wasn't all rosy, but there were some good times to be had. You could sit in your dorm room and listen to a strange new Beatles album called Sgt. Pepper's Lonely Hearts Club Band. Need a cheap eat? McDonald's has a new bite called the Big Mac. Nothing to do on Thursday night in spring? Stay in and watch Batman and Star Trek. Of course, the Summer of Love was just around the corner.

Much has changed over the last half century. Then again, some things about college life forever stay the same. With the help of Archive.org, we flipped through four yearbooks from 1967, from a handful of different schools: Oglethorpe University in Atlanta, Bryan College in Tennessee, SUNY Plattsburgh and Cape Cod Community College. These annuals had names like the Yamacraw, the Cardinal, the Commoner and the Foreseer.

From public schools to private institutions, here is what being a college kid looked like in '67.

Hangin' in the commons. 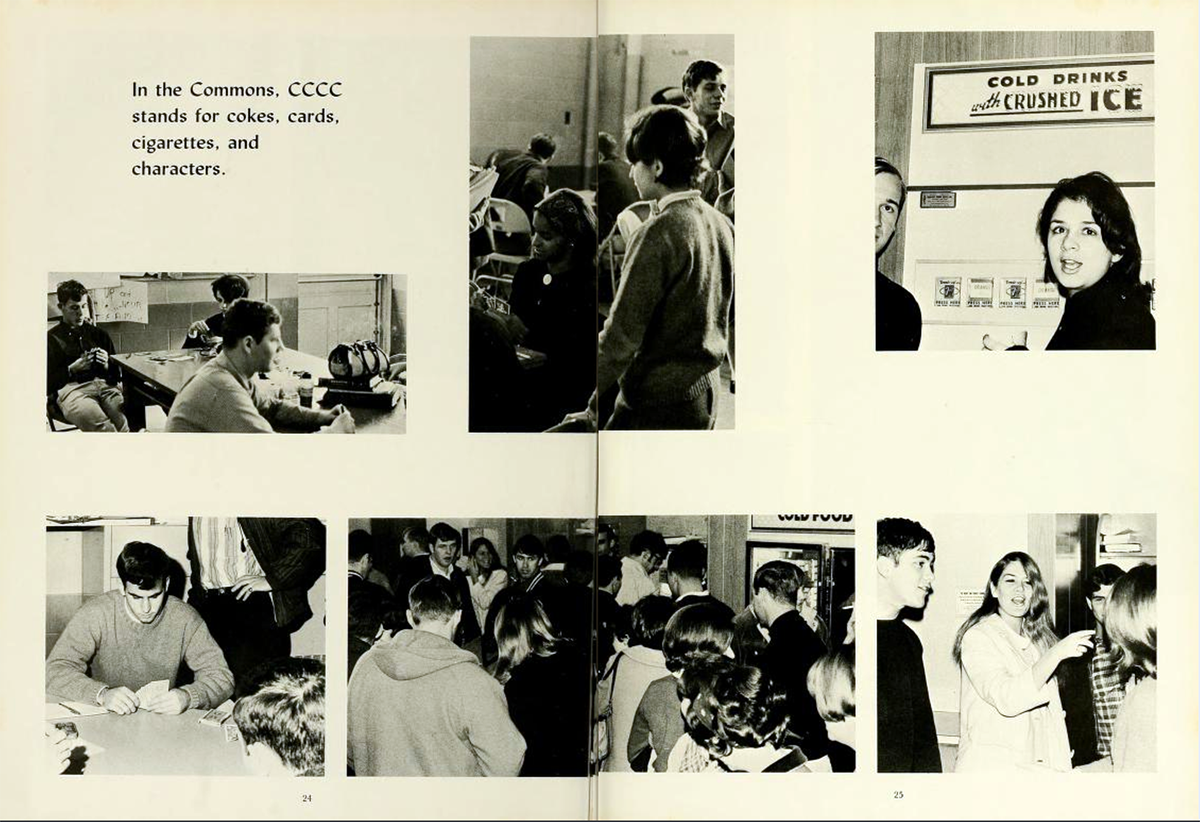 They were nostalgic back then, too. 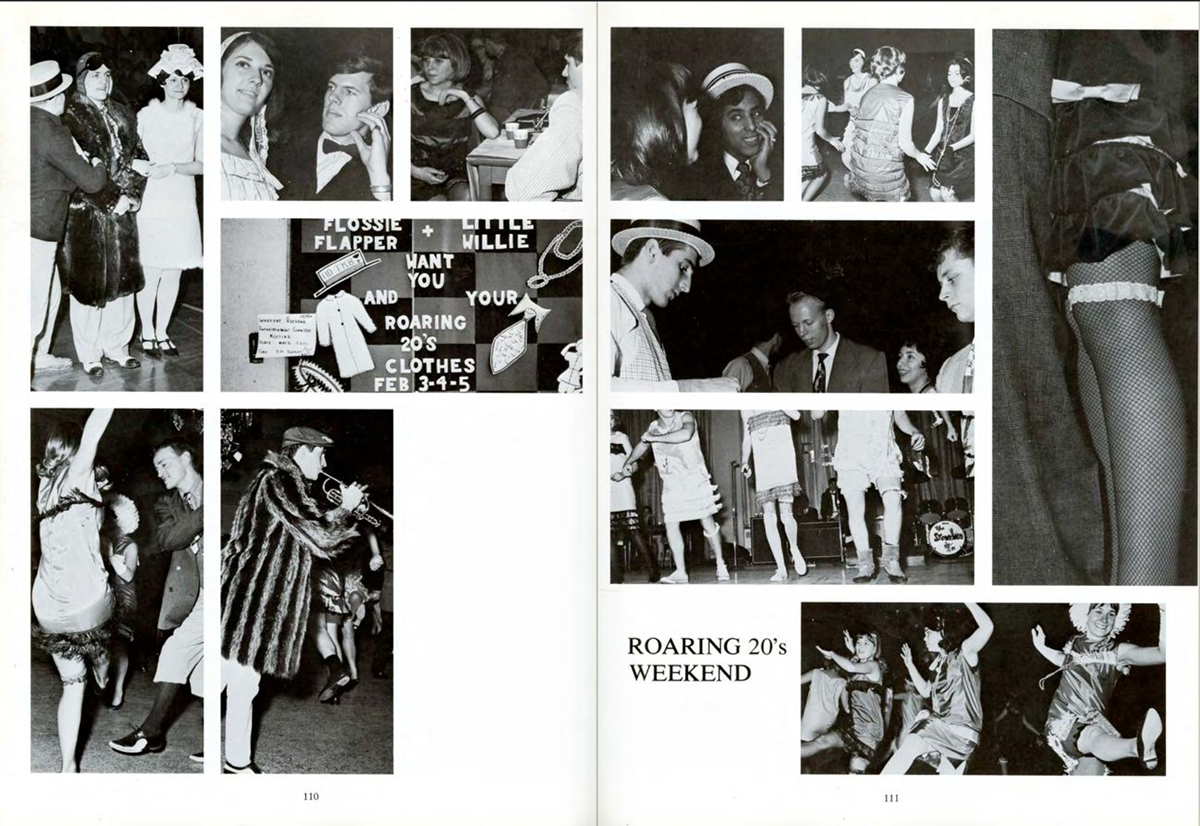 Just as we are waxing nostalgic about the 1960s now, college kids were throwing Roaring '20s parties then. 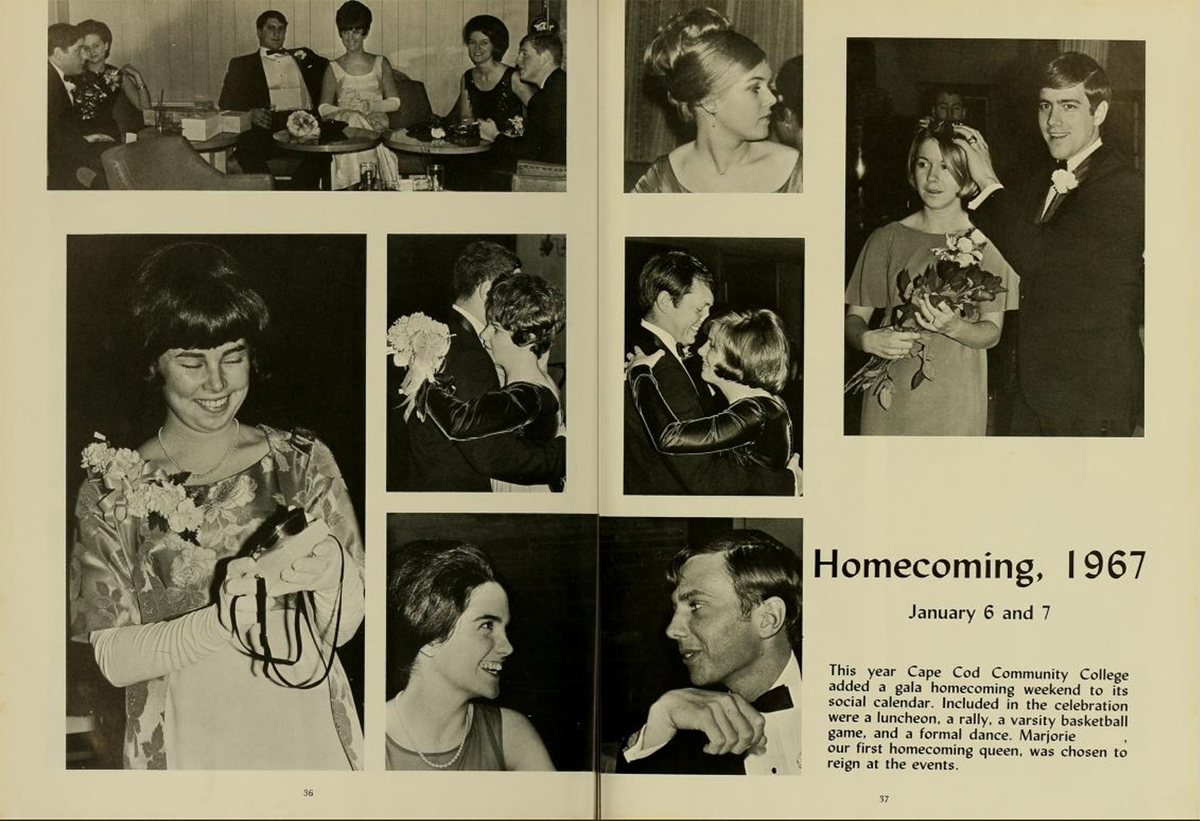 So many great haircuts. 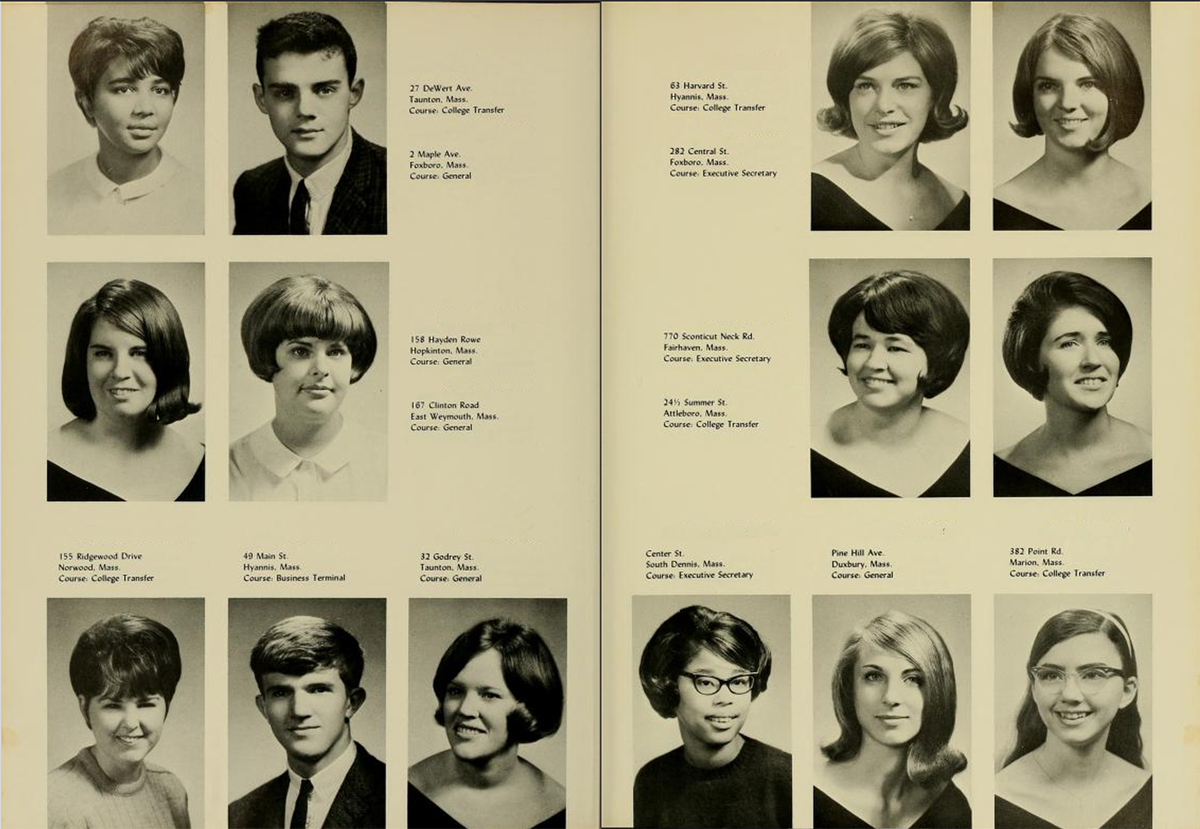 Not all dances were formal. 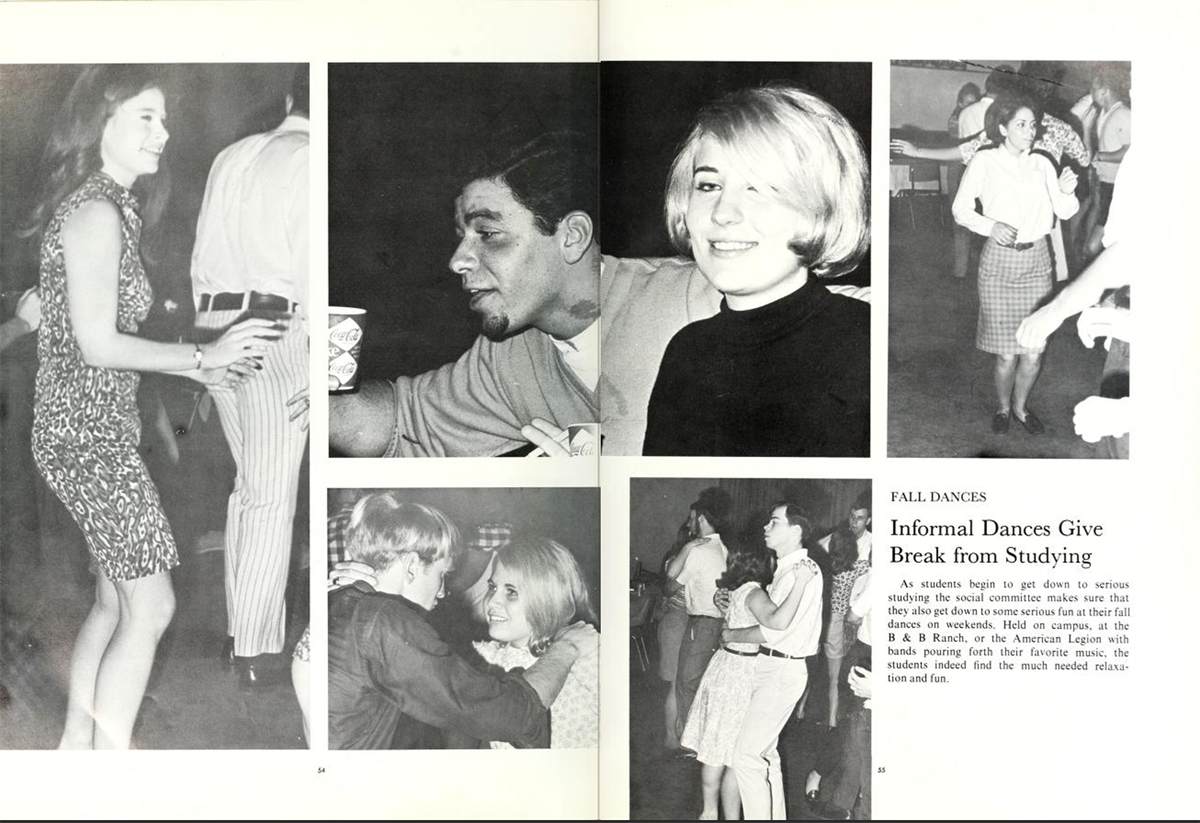 Some great fashion was starting to happen.

The Underclassmen were always a rung below. 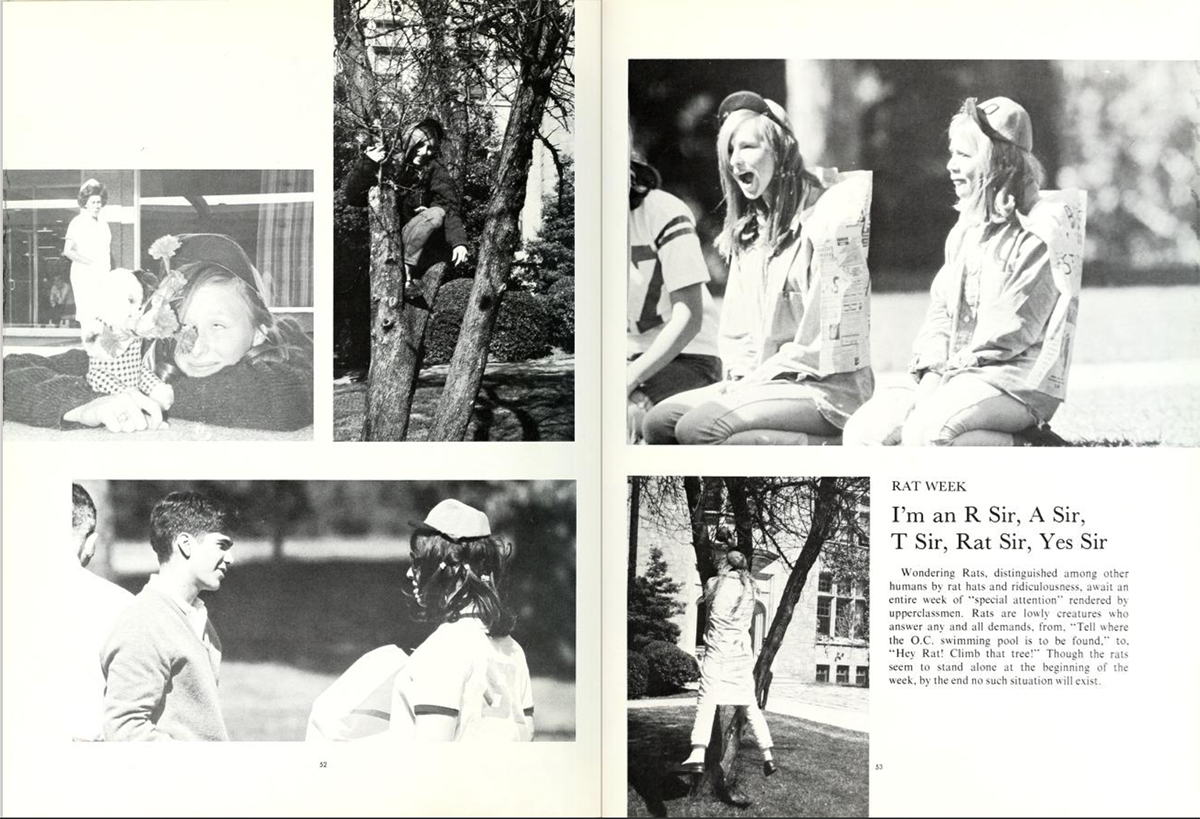 Oglethorpe had "Rats," freshmen students who were playfully hazed in silly caps, forced to answer the questions and demands of upperclassmen.

Not everyone could be Homecoming Queen. 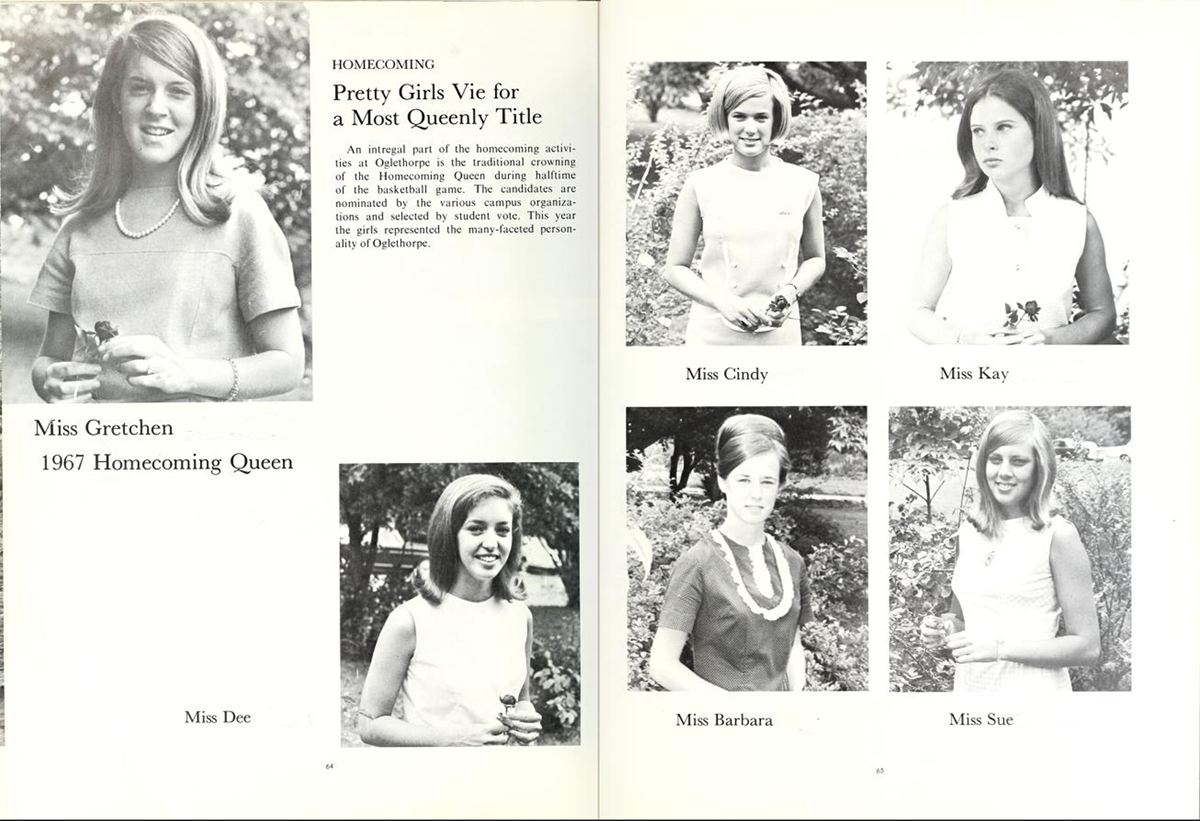 Miss Kay does not look thrilled about the results.

Yep, there was prom in higher education, too. 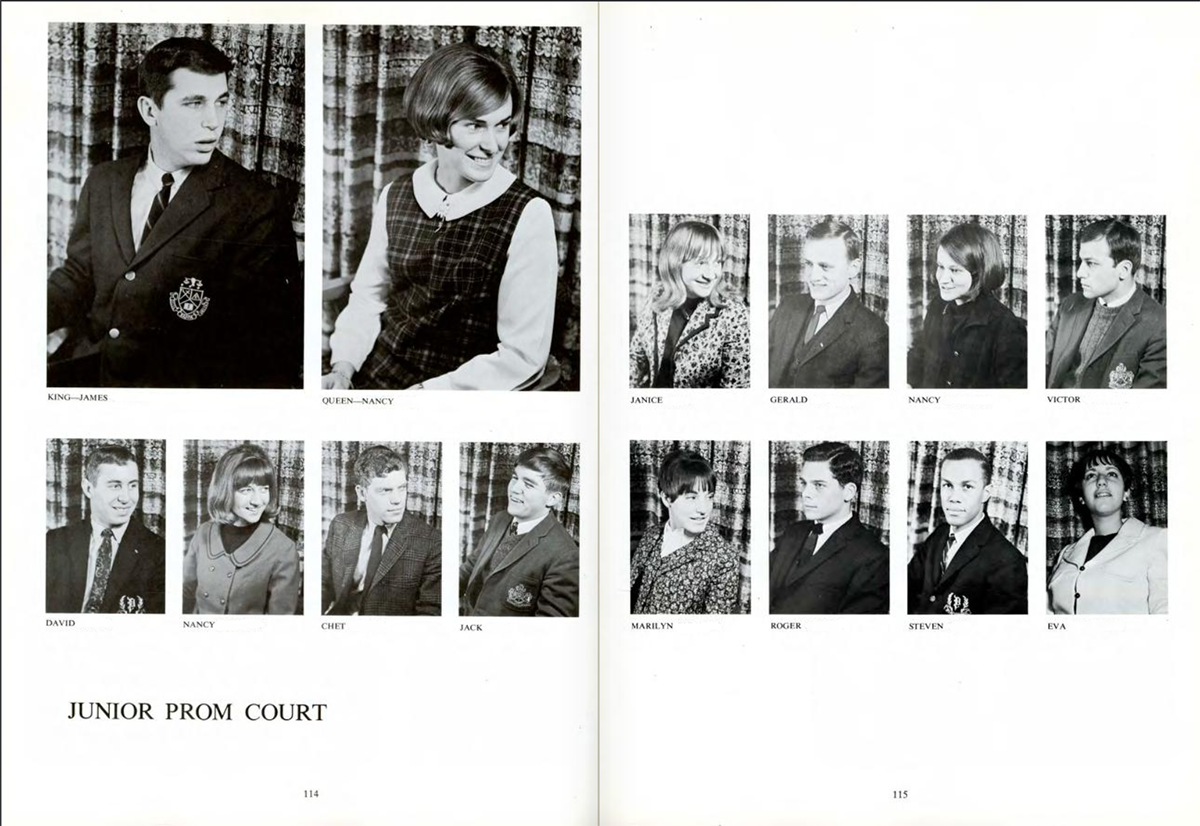 Seemingly, if your name was Nancy, you had a pretty good shot at being queen.

Of course there were cheerleaders. 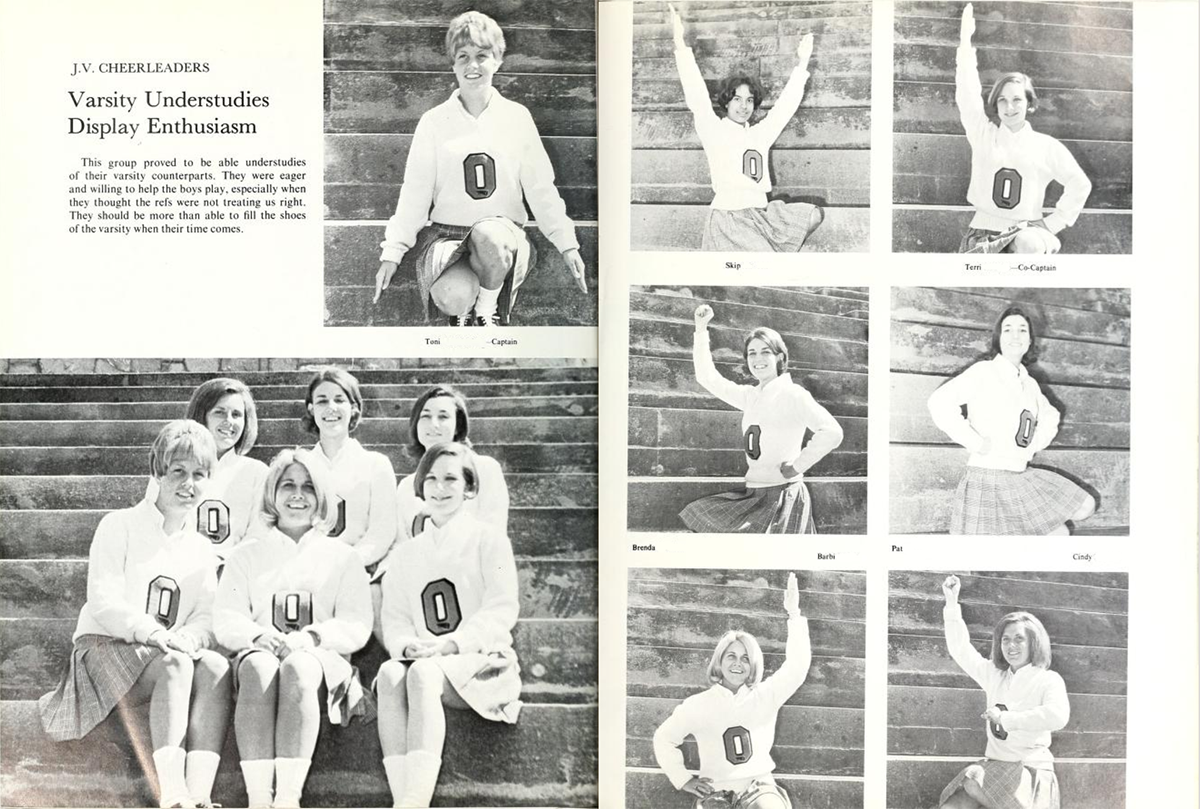 Are they spelling something in semaphore? 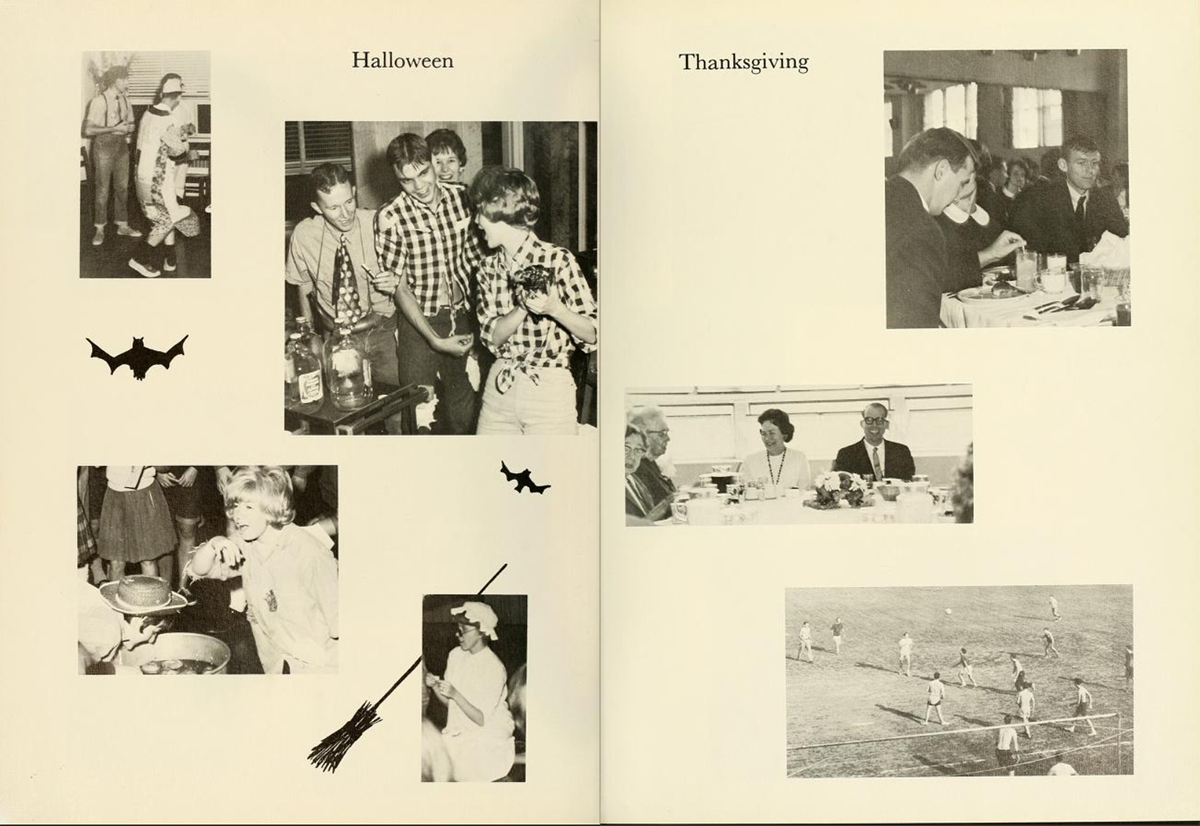 Halloween looks more fun than Thanksgiving on this campus. 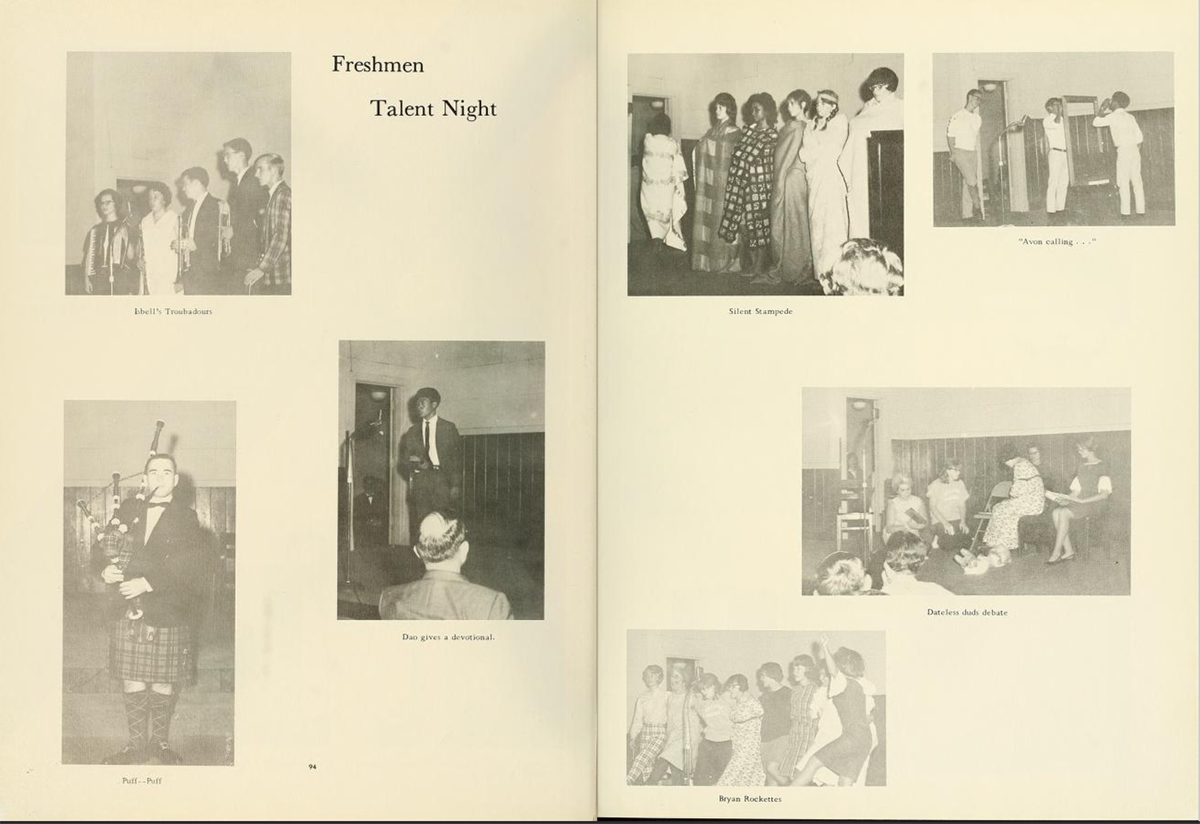 This frosh talent show offered the diverse skills of "Isbell's Troubadours," "Silent Stampede," the Bryan Rockettes and a bagpipe player.

Life on the quad. 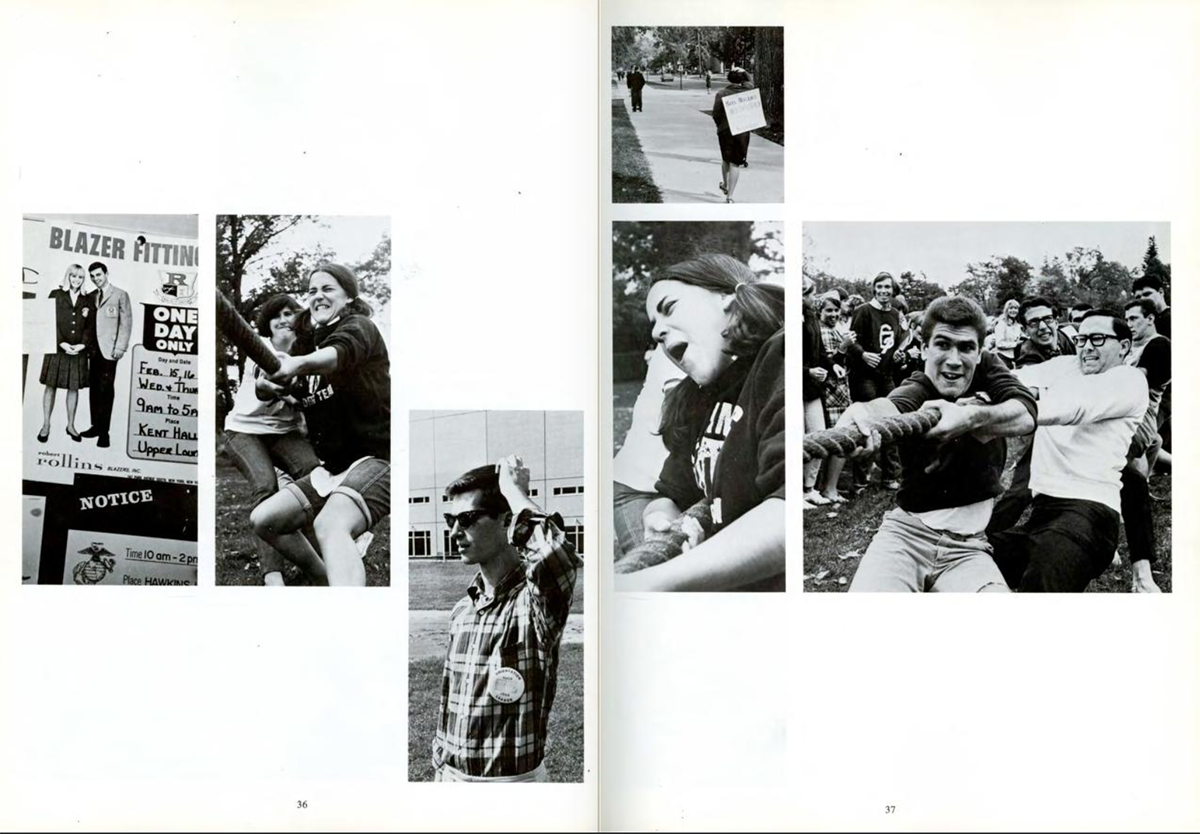 After a good game of tug-of-war, be sure to remember to make that blazer fitting.

More faces in the crowd. 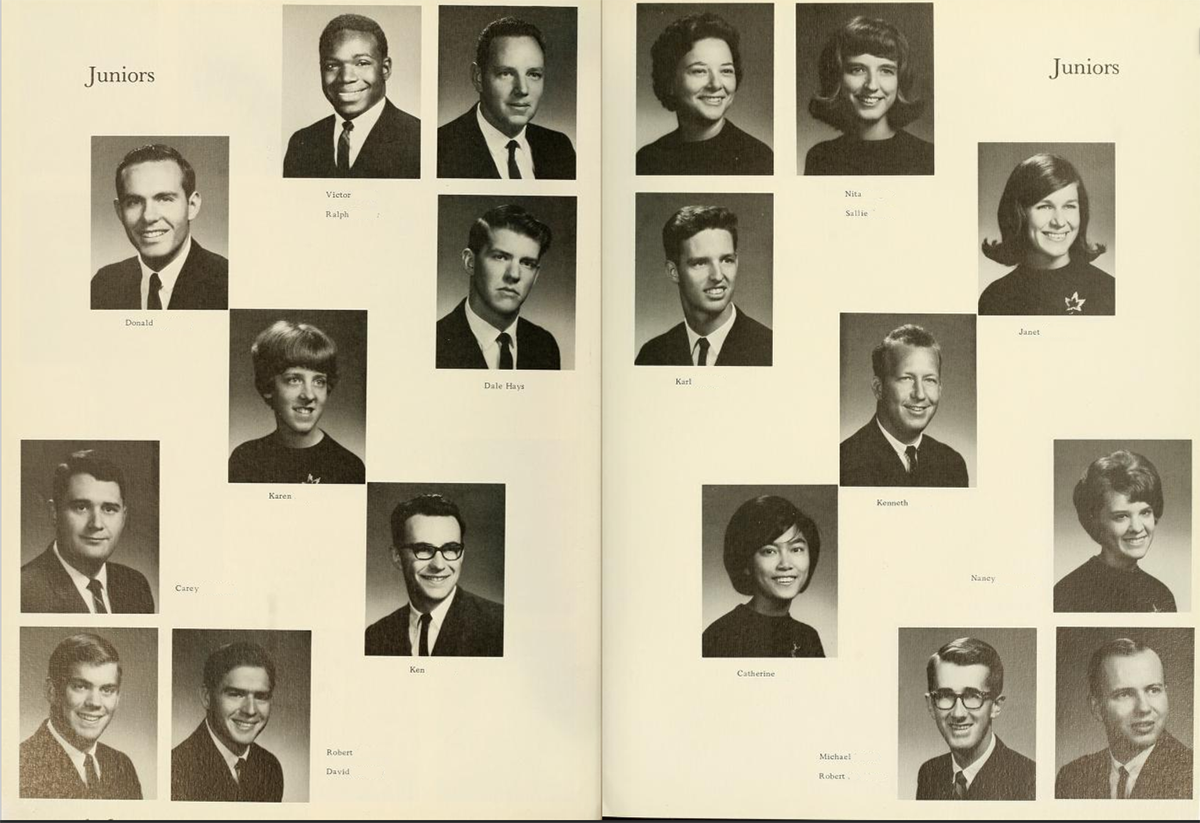 College was all about meeting new people.

You needed a cool ride. 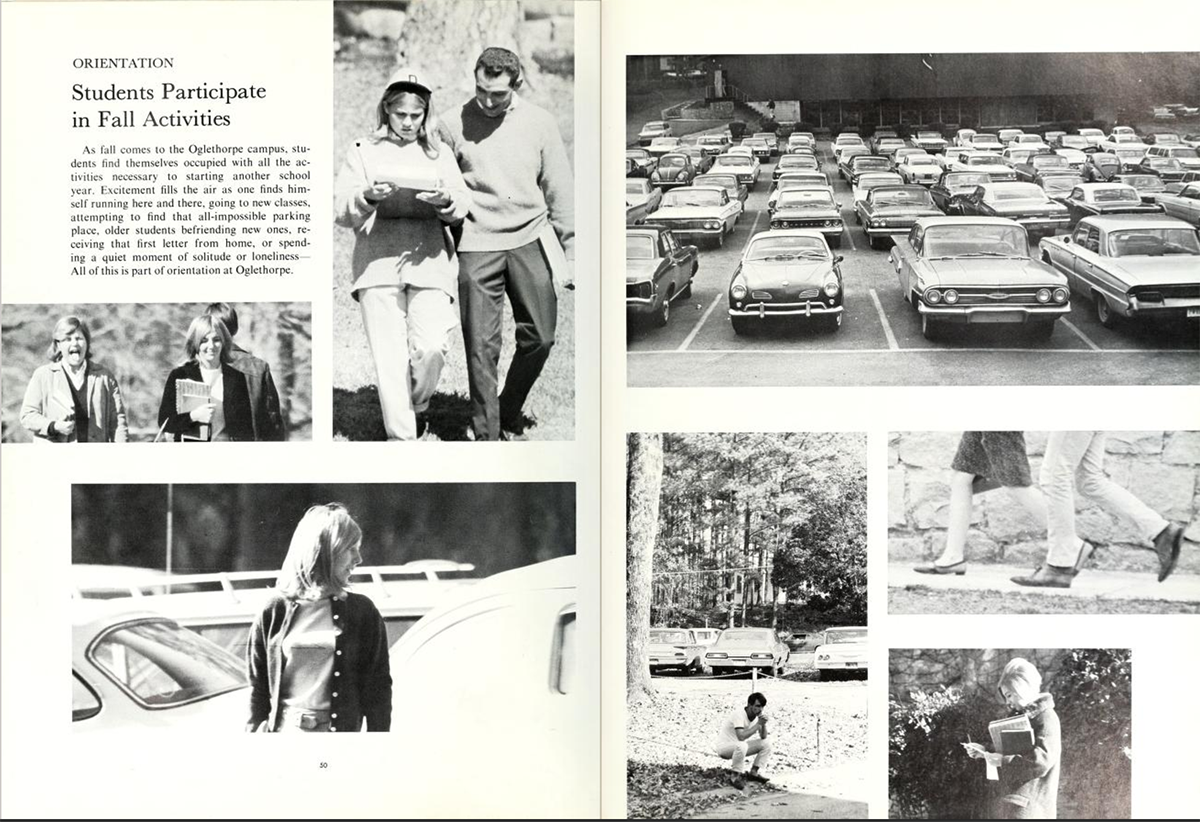 We would love any one of these cars right now. 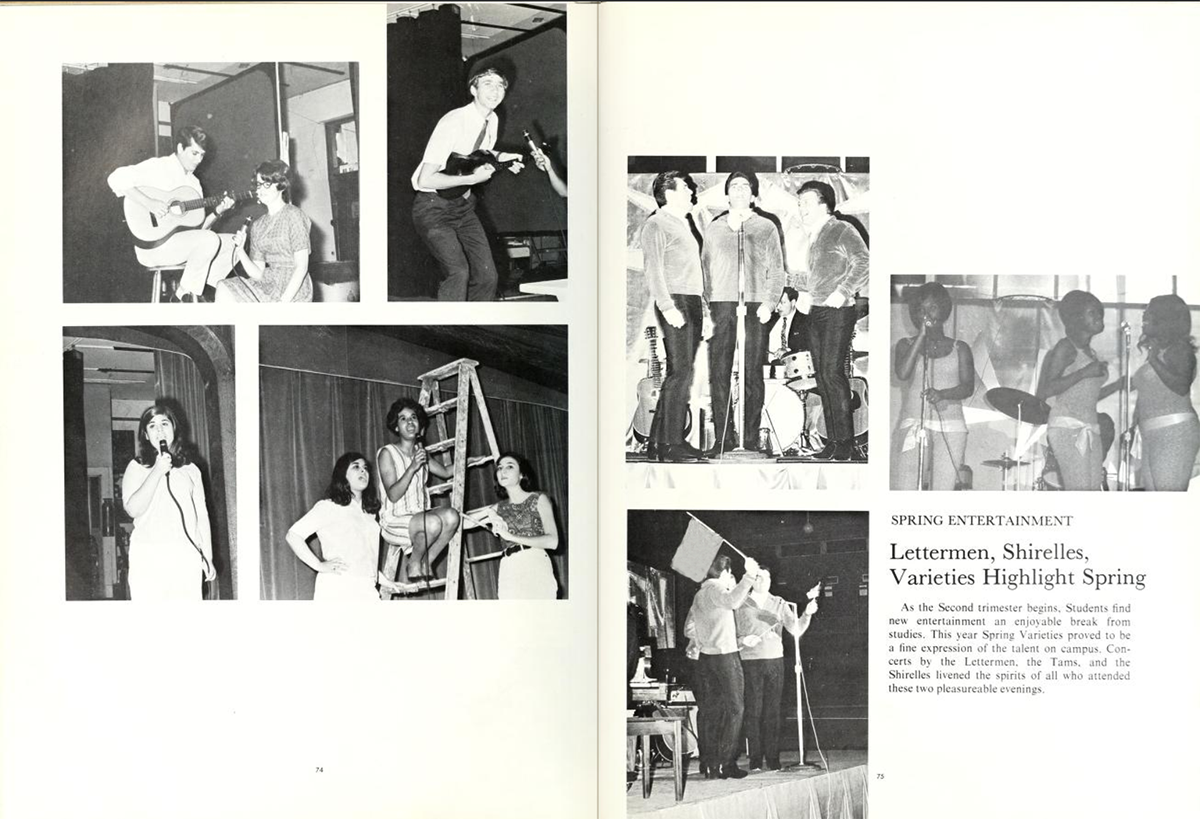 The Letterman and the Shirelles? Those are solid bookings. 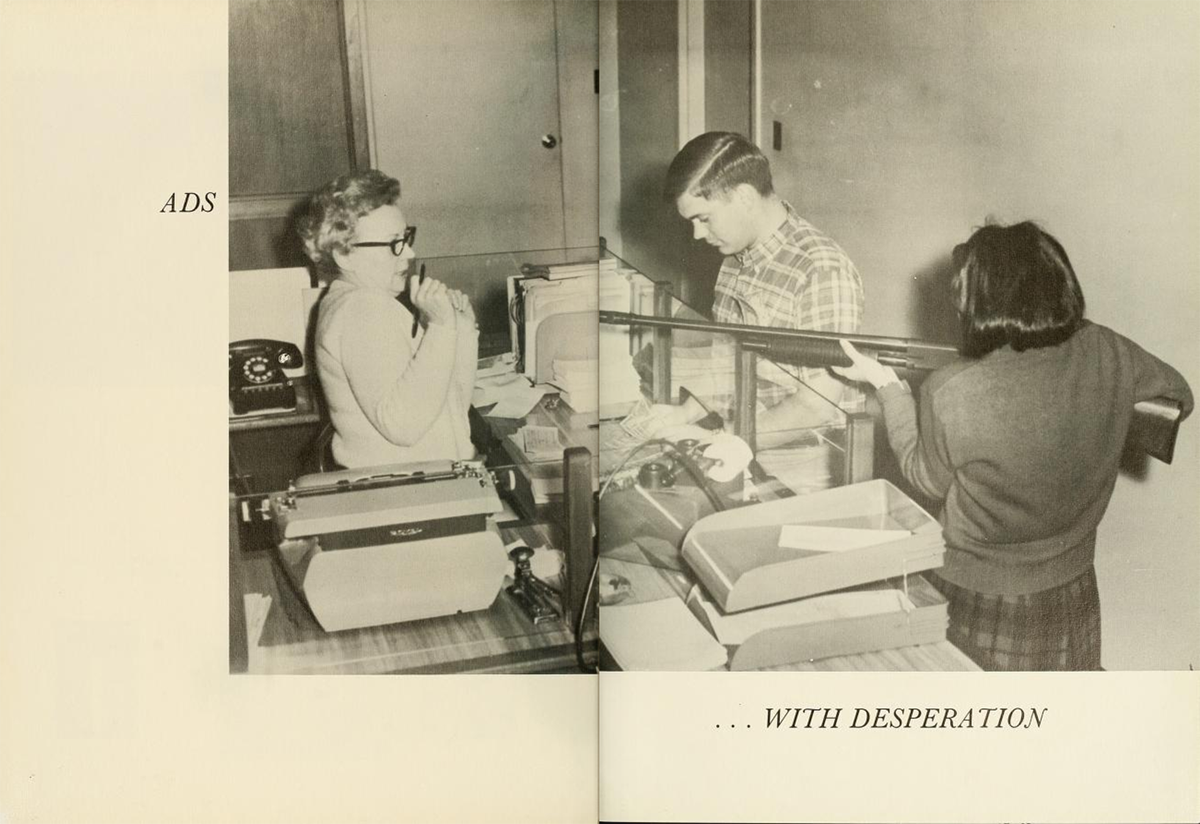 We have no idea what is going on here, but you probably wouldn't see this spread today.

And now for our sponsors… 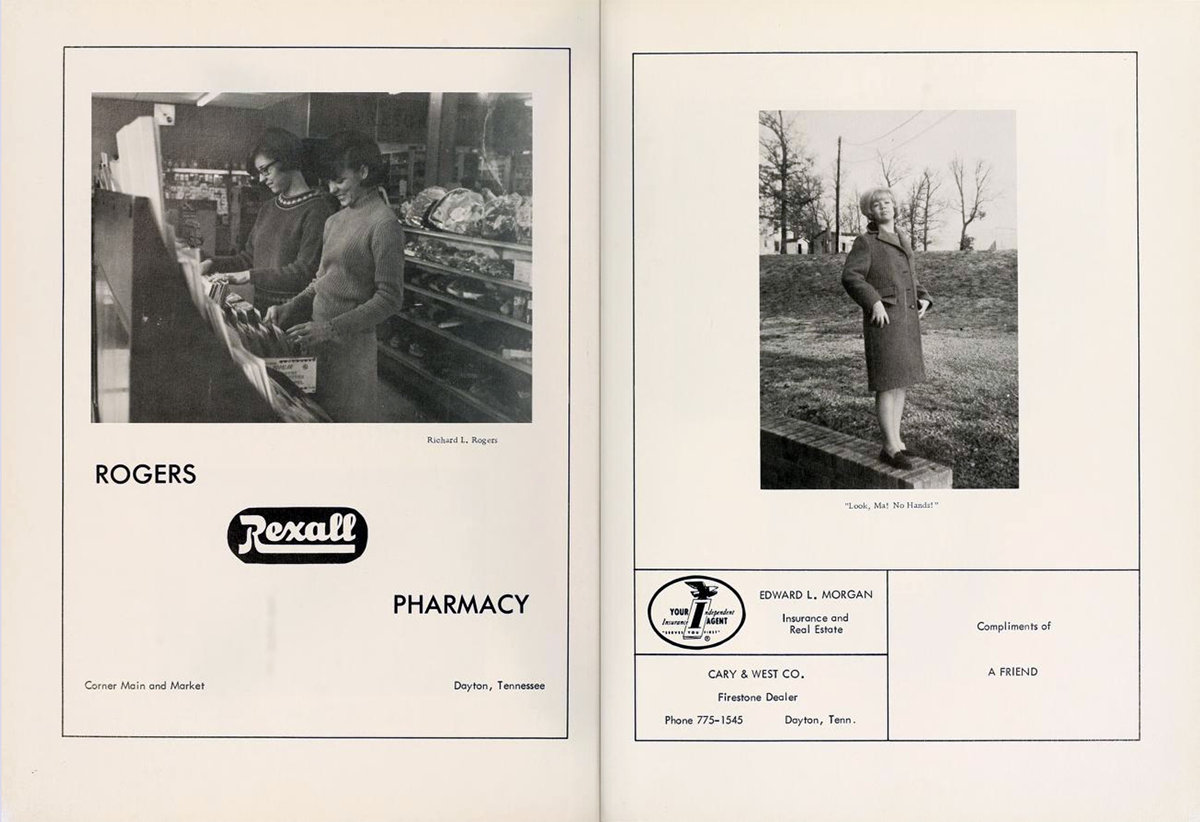 The back of the yearbook was always for local ads and personal messages. Thanks, Rexall!