Where To Watch Shop Store Contact
Home / Stories / This is the only M*A*S*H episode to feature every major character from the show
Did you know? 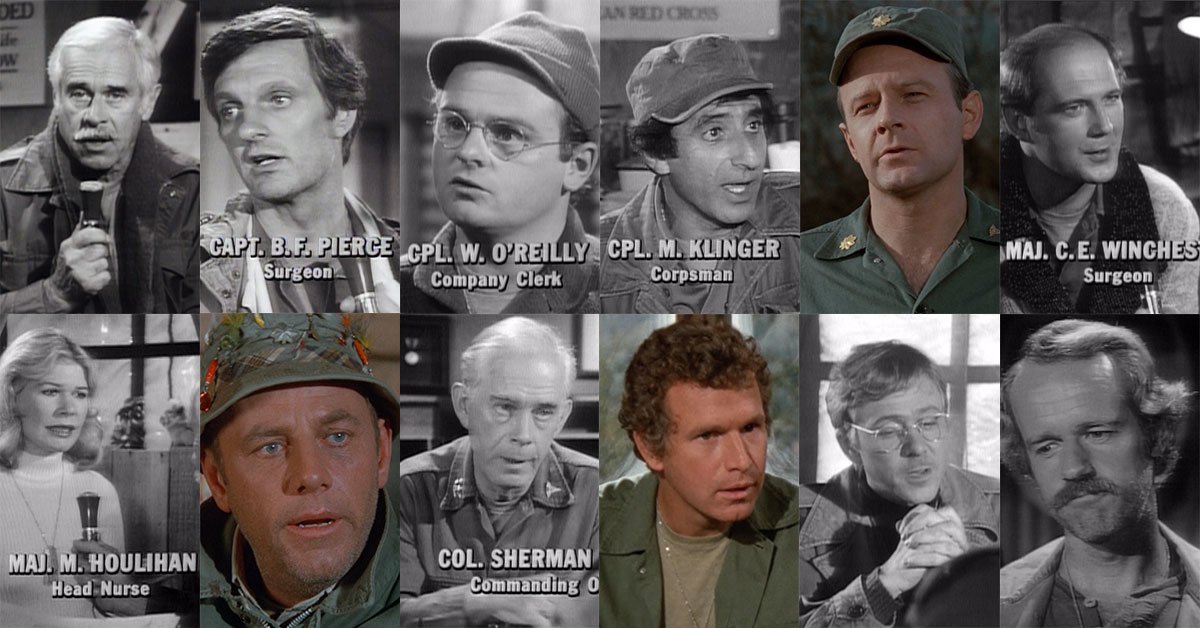 The strength of M*A*S*H lies in its many memorable characters. From its "Pilot" in 1972 to its record-setting "Farewell" in 1983, the Korean War dramedy saw beloved faces come and go. Henry Blake perished aboard a plane at the end of season three. Trapper left; B.J. replaced him. Charles Winchester replaced Frank "Ferret Face" Burns. Radar heads home on a hardship discharge in season eight. A different actor portrayed Father Mulcahy in the first episode.

In the end, Alan Alda and Loretta Swit would somehow be the only actors to appear in both the first and last episodes.

But there is one episode that features every significant cast member of the series — we're talking Hawkeye, Trapper, Potter, Klinger, Radar, Margaret, B.J., Blake, Burns, Mulcahy and Winchester. You can find it in season seven.

Okay, yeah, "Our Finest Hour" cheats a bit. The two-part tale follows the format of a vintage newsreel on black-and-white film. A war reporter arrives at the 4077th and interviews the doctors, nurses, officers and staff. In between these documentary-style conversations, we see flashbacks to favorite moments from early in the series. Thus, Blake, Trapper and Burns return, albeit in clips.

The man holding the microphone is worth noting, as well. 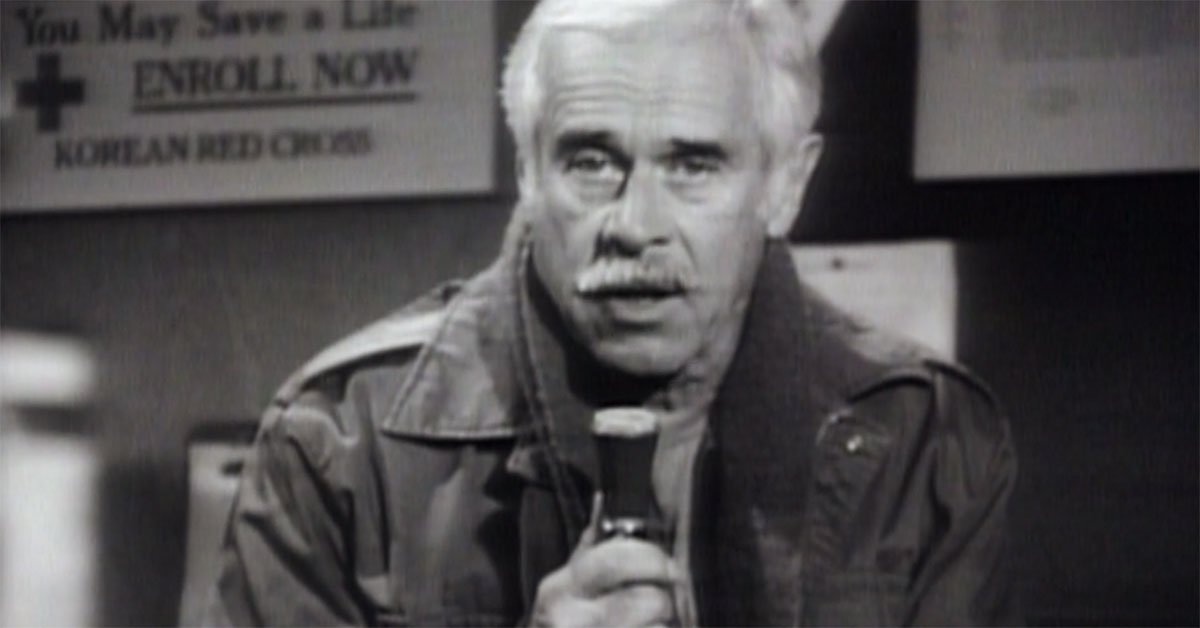 Clete Roberts was no mere character actor. The broadcast journalist had been a war correspondent in the real Korean War. So, he is playing himself on "Our Finest Hour." Nor was this his only appearance on M*A*S*H. Three seasons earlier, he had been seen as simply "The Interviewer" in "The Interview," a groundbreaking episode that paved the way for everything from This Is Spinal Tap to The Office.

Los Angeles viewers would have been far more familiar with Roberts — he anchored the evening news on KTLA at the time.

No wonder he turned up all over classic television as a broadcaster. Keep your eyes peeled from him as a newscaster in Mannix ("License to Kill - Limit Three People"), Cannon ("That Was No Lady") and Columbo ("Dead Weight" and "Candidate for Crime"). He also turned up in similar roles on Bewitched and Simon & Simon.

The M*A*S*H universe would give Roberts his final acting role. The pilot episode for the Radar spin-off, W*A*L*T*E*R, again utilized Clete as an interviewer. The legendary newsman would die two months later. 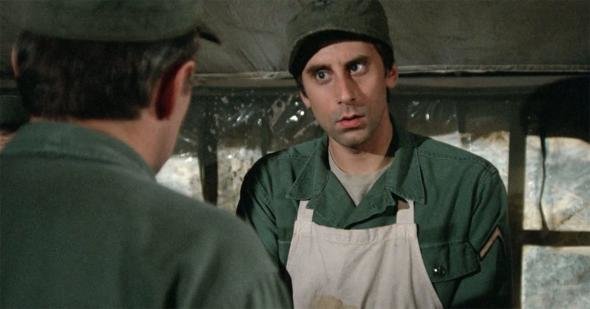 Did you know?
Jeff Maxwell explained why Igor's name changed on M*A*S*H

newsobituaries
R.I.P. Johnny Mandel, Grammy winner and composer of M*A*S*H theme song
Are you sure you want to delete this comment?
Close

AbeR 7 months ago
Clete Roberts also appeared in an episode of Mission Impossible called "The Play." Again, he portrayed an interviewer, talking to protestors outside a theater.

55Corky55 28 months ago
Amidst the sorrow of a pandemic, MASH is there to tell us, "this too shall pass" and "there was worse behind us more than once."
Like Reply Delete

saharaanddan 28 months ago
One of the inspirations in many a child to become a doctor was from Hawkeye’s portrayal of a kind, resourceful doctor; I hope we get more shows like this someday! I’m overtired of what is out there today.
Like (1) Reply Delete

RichardMartin 30 months ago
My favorite episode is the one where Hawkeye dreams he is floating in a boat. He is without arms and body parts are floating around him and he is helpless.
Like (1) Reply Delete

MadMadMadWorld RichardMartin 28 months ago
"Dreams" gave me nightmares, and I have avoided seeing that visually horrible episode ever since!
Like Reply Delete

Jdent 30 months ago
So tired of MASH. 🙄
Like Reply Delete
Load previous comments

67chevroletimpala Jdent 30 months ago
Alrighty, have a nice day, I hope to never cross paths again. 😊😊😊
Like Reply Delete

Jdent 67chevroletimpala 30 months ago
You, too! You never know. We may meet and find we actually have something in common.
Like Reply Delete

lmahabhashyam Jdent 20 months ago
Big problem with society today , you actually believe you are the only one that matters and that you’re the only one who has rights to an opinion. Well news flash your selfish, arrogant, rude, and self entitled. Your first comment wasn’t necessary but strokes for different folks, but your response back and since show’s the kind of person you are hope your boss doesn’t see the real you come out at work or you could be job hunting soon. Be careful what you post mean never works.
Like Reply Delete

Tim 30 months ago
Sadly, only the low quality syndication copies exist for "Our Finest Hour." You can really see the difference when they are shown. On the upside, they are M*A*S*H's only clip episodes.
Like Reply Delete

TMJ Tim 30 months ago
The episode always looked that way. It was deliberately given the grainy look to mimic an early 1950's television show.

EllisClevenger Tim 30 months ago
"The two-part tale follows the format of a vintage newsreel on black-and-white film."
The above was copied and pasted DIRECTLY from the article.
If you don't understand the terms 'newsreel' or 'black-and-white film', look them up.
In spite of yourself, you might learn something.
Like Reply Delete

EllisClevenger TMJ 30 months ago
No, not "early 1950's television show",
Try newsreel, from the mid 30s to the mid 50s.
News of the day, shown before the movie, in theatres.
Pathe or Pathe News was one of the companies.

Wiseguy TMJ 30 months ago
Not true. Other than the film being processed in black & white (not FILMED in black & white) the picture was the same quality as any other episode. Something happened to the original and FOX made the decision to put the syndicated version on the DVD (otherwise it would have been an hour broadcast not the two-part episode). There were a couple of scenes cut to make room for the closing credits of part 1 and the opening credits of part 2 (although why they couldn't have gone back to the original episodes and redited the scenes into the two-parter is unknown.)
Like Reply Delete

LynCarceo 30 months ago
Any of the interview episodes were among my favorites.
Like Reply Delete