"The Cow Thief" is arguably his biggest writing contribution. 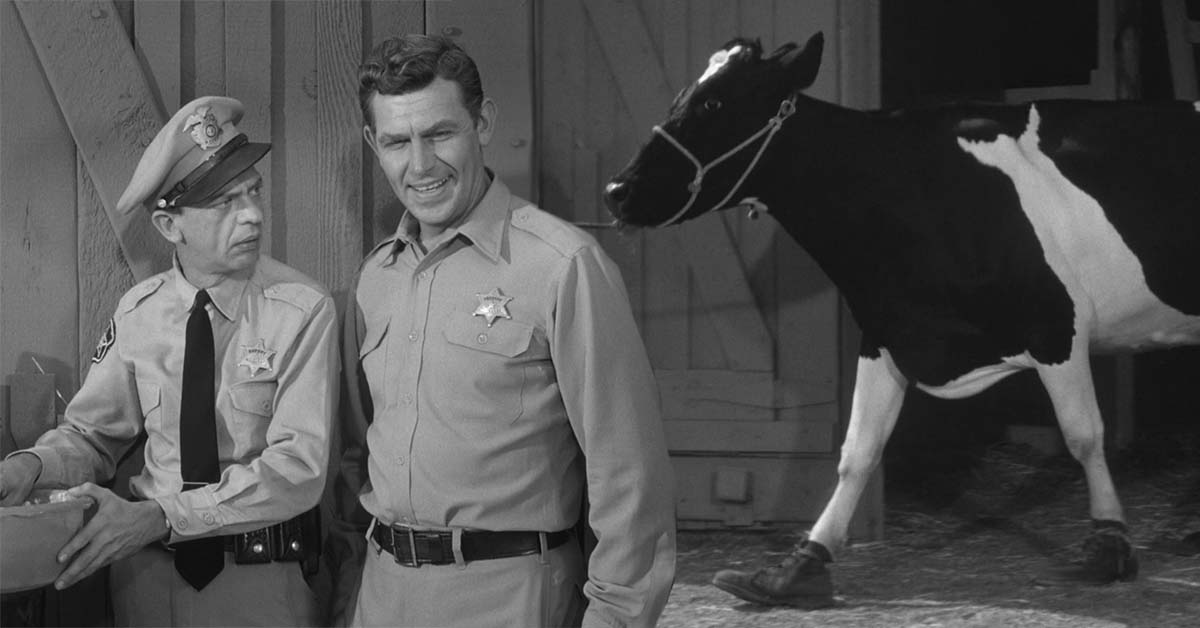 It took a whole bunch of funny writers to give you all those guaranteed laughs every time you tune into The Andy Griffith Show. Among the show's early senior writers was Harvey Bullock. He wrote episodes like "Opie's Hobo Friend," "The Pickle Story," "The Legend of Barney Fife" and many other memorable ones we all loved that first aired between 1961 and 1966.

According to Bullock in an interview with the Archive of American Television, The Andy Griffith Show had a set writing routine they followed season after season, and that involved a special writing session at the end of each season, when four or five of the top writers would gather together and toss around ideas for episodes to write the next season. Bullock said Andy Griffith himself would occasionally show up at these sessions every now and again and toss an idea or two out, but his involvement in the writing of the show that bears his name varied. He was much more involved in polishing scenes than in coming up with plots.

In fact the best thing Griffith did for writers, Bullock said, was (together with Don Knotts) make everything they wrote even better when it came time to film. The acting on The Andy Griffith Show was so fine that James L. Brooks once described his first time being starstruck as a moment when he accidentally walked in on one of their table reads, deeply blushing to find himself in such esteemed company. As an actor, Andy Griffith was more of a scene closer than an idea generator.

But that changed one day before season 3 when Griffith walked into a writing session with an idea that Bullock agreed was hilarious enough to run with. Bullock said Andy had read in a Raleigh newspaper about a cow thief who put shoes on the cows' hooves so he could sneak them off the property. Fans of The Andy Griffith Show will recognize this immediately as the plot of "The Cow Thief," an episode that Bullock wrote, but it was all Andy's idea, so you can thank the TV sheriff for all the laughs you got watching cows walk across your screen in laced-up brown shoes. You can also make a mental note that it was based on a true story!