Who the heck is Hajwzk? 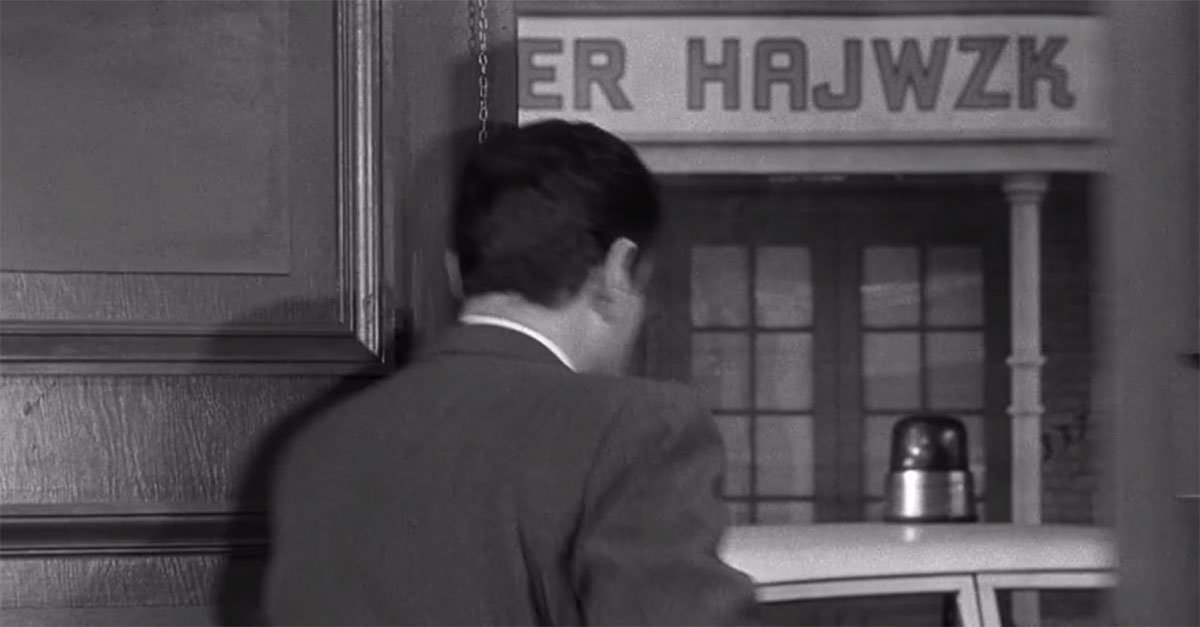 Fans of The Andy Griffith Show can fondly recall the names of many shops and businesses in Mayberry.

There's Floyd's Barbershop, where all the boys get their hair cut. There's Walker's Drugstore, where Andy met Ellie. There's the Fix-It Shop, where you can find handyman Emmett Clark. Goober or Gomer Pyle can take care of your car at Wally's Service Station.

But there are many other more obscure businesses whose names can only be gleaned any time an episode takes you walking down Mayberry's streets, like Lukin's Store that carries "The Bed Jacket" for which Aunt Bee pines.

It's a thriving small-town business community, but out of all the shops that we never got to go inside, there is perhaps one storefront that The Andy Griffith Show fans have been puzzling over for decades.

Glimpsed during the first season episode "The Inspector," a shop across from the jail has a name that reads like nonsense. 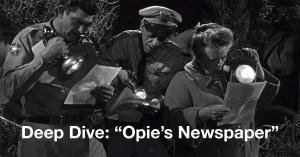 Did you know?Mayberry
10 details you never noticed in The Andy Griffith Show episode ''Opie's Newspaper''

ER HAJWZK B, the sign says. You can catch it about 13 minutes into the episode, as state inspector Ralph Case (Tod Andrews) storms out on Andy and Barney. Case has found many violations inspecting Mayberry's jailhouse and leaves in a frazzled hurry to report the infractions.

When the door opens, you'll spot this curious shop name, and if you do, you'll wonder what on earth could this odd string of letters refer to?

He said that in this early episode (it aired 26th overall), the production did not yet have the Mayberry backdrops established. What we're seeing in this scene is an old backdrop borrowed to cut costs when filming "The Inspector" episode.

He said he recalled the full name on the shop sign was the Peter Hajwzk Building. "The PETER HAJWZK backdrop must have been created for some long-forgotten old movie," Mulik wrote.

Perhaps. Some have speculated that the "old movie" might just be the 1959 Samuel Fuller World War II film Verboten! — which was filmed on the familiar RKO 40 Acres backlot that became Desilu Studios, a.k.a. the Mayberry set. Well, alas, we looked through that movie and could not find a sign reading "Hajwzk."

Nor could we spot it in Attack!, a great, gritty 1956 war flick with Eddie Albert, Buddy Ebsen and Jack Palance, which also filmed on the lot.

To be honest, "Hajwzk" does not seem like the typical name you'd find in Belgium or Bavaria. It could just as well be from other productions at RKO 40 Acres / Desilu lot, such as Man with a Camera, the 1958 noir series starring Charles Bronson.

So, mystery somewhat solved. Does anyone have a lead to finally answer this 60-year-old question? 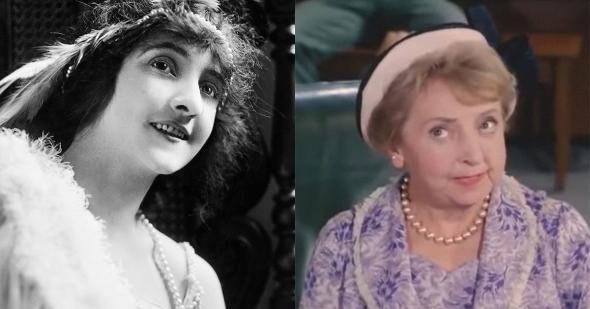 Did you know?
Gomer Pyle's grandma was the first actress to play Tarzan's Jane on-screen 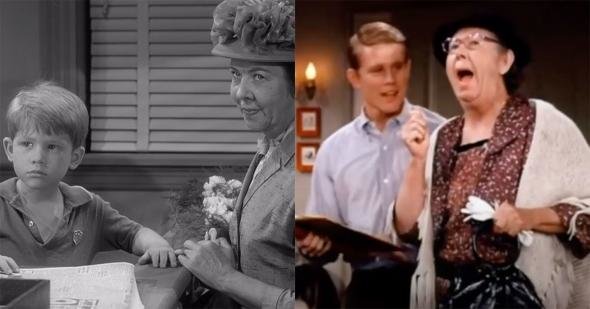 frances3agape 21 months ago
LOVE all the neat trivia on here !
I must have blinked every time an episode showing this was on
Like (1) Reply Delete 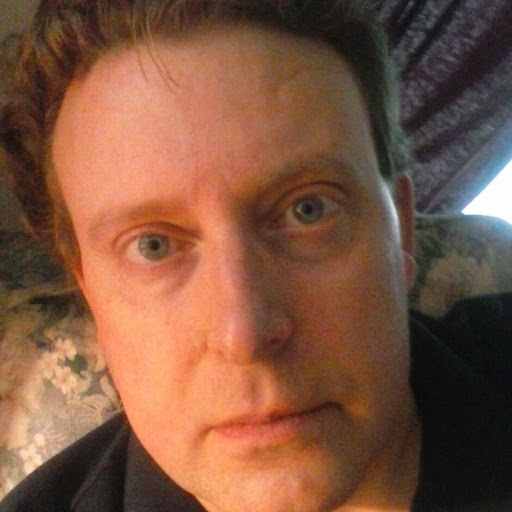 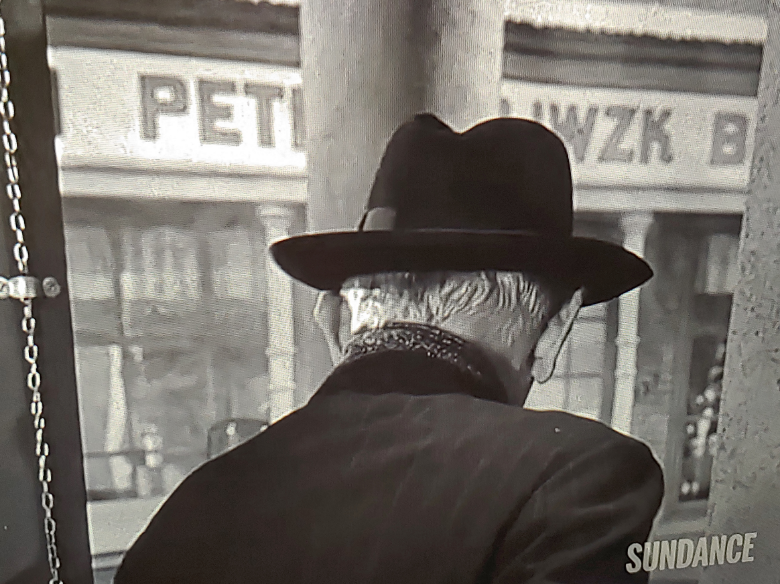 Cleghornboy 21 months ago
I'm a lifelong Andy Griffith fan. And there is another episode in which you can see the rest of the sign. In the episode entitled Christmas Story, as Ben Weaver opens the Courthouse door, one can see the first part of the sign.
Like (1) Reply Delete

lynngdance lynngdance 22 months ago
I mean “ in Arabic, whoops.
Like Reply Delete

JewelsChuck 22 months ago
I’m going to use google translate to see if it comes up.
Like Reply Delete

JohnPickens 22 months ago
"The Shop Around the Corner", a film made in 1940, starring James Stewart and Frank Morgan. Takes place in
Budapest.
Like (3) Reply Delete

dmagoon 22 months ago
Doesn't Hajwzk seem like a name in Polish or a related language?
Like (2) Reply Delete

JohnGibbons 22 months ago
I know it was Walkers Drugstore but didn’t the sign out front always say “Franklyn Pharmacy”?
Like (1) Reply Delete

JHP JohnGibbons 22 months ago
sure did...again so many inconsistencies
Like Reply Delete

harlow1313 22 months ago
Hajwzk was Mayberry's house of ill repute. Beatrice was known to peddle her wares there. Just ask for the "blue hair special."
Like (2) Reply Delete

JHP harlow1313 22 months ago
c'mon her and bertha (or clara johnson) could really put out!
thumbs up to the OP:)
Like Reply Delete

Balogna 22 months ago
Didn't Randolph also play Richie's teacher in the episode where Rob has to describe his job to the kids in Ritchie's class.
Like Reply Delete

Andrew365 22 months ago
They left out Weavers Department Store, the Diner, The Mortuary, The Cleaners, Foleys Meat Market, The Grocery Store. the Bakery.......
Like (2) Reply Delete

TexasGreek 22 months ago
Barney was running around
town tellin' everyone that the state inspector was coming. Mr. Scwamp
noticed an old abandoned bird's nest in the sign across the street. He
borree'ed a ladder to go up and clear it out. When he was up there
doing that, he accidently knocked all the letters off the sign, and
dropped his reading glasses out of his pocket. (there's a rule in
Mayberry that you only put on glasses when you really need them so's the
town don't look too nerdy, right Ken? ).

Well, he got the letters picked up (most of them) and went back up the
ladder. When he got up there he noticed that one of the R's broke and
looked like a "K", and the D still had birds nest stuff in it and looked
like a "B". He started to arrange the letters when Barney cam running
down the street again yelling "He's comin'! the Inspector's comin'!"

He was supposed to spell out "J & Z HARDWARE" (Jimmy and Zack's) but
he left the H, A, and & on the street and the rest he threw up there as
ER AJWZK B as fast has he could.

That crazy inspector didn't even notice the weird sign, but he did right
on his little notepad. "ladder left over sidewalk" "HA" in the street"

Pacificsun TexasGreek 22 months ago
Curious TAGS Fans: Be sure to check out the original as read in the above link folks! This is the most clever bit of research I've come across regarding a classic TV mystery. That's why we just love these shows!! Thx TexasGreek!
Like (3) Reply Delete

ChrisTopher TexasGreek 22 months ago
Thanks TexasGreek! I've been wondering about that for many many years!
Like (2) Reply Delete

TheShape57 TexasGreek 21 months ago
Not sure if what TexasGreek posted is supposed to be some sort of joke, or what. First of all, there was no bird's nest or ladder or any of that in this episode. The entire thing took place inside the courthouse except for at the very end when they drove out to Luke Rainer's farm. Secondly, the article above already gave the answer to the "gibberish" sign. How you folks missed that is beyond me.

TexasGreek TheShape57 21 months ago
Not a joke.
Russell Hiatt interview by Tribute artist "Floyd" Allan Newsome, and posted on a Podcast called "Two Chair No Waiting". This is an interview of Russell Hiatt who was there.
https://www.mail-archive.com/wbmutbb@wbmutbb.com/msg12796.html
Like Reply Delete