Some fans question the timeline on the legendary couple’s "how we met" story.

In The Addams Family second season episode "Gomez, the Reluctant Lover," we were treated to a reading of one of Gomez’s earliest love letters to Morticia.

"When I first saw you from afar, my heart flamed with a fierce passion, and when you spoke French, ooh la la," Gomez writes. "Ah, your radiant beauty! Your captivating allure drew me to you like honey to a suckle."

The love between Gomez and Morticia was famously instantaneous.

And it’s revealed in an earlier two-part episode called "Morticia’s Romance" at the start of the second season that this eternal flame was sparked on the day that Gomez was set to marry Morticia’s sister Ophelia.

The story goes that when Grandmama was ready to find a wife for Gomez, she called up an old friend Hester Frump and arranged for her to bring Ophelia over to meet her son.

On this fateful day, Morticia innocently tagged along. 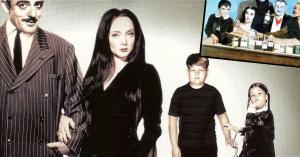 The Addams Family refused to be compared to The Munsters

Looking past Ophelia and spotting Morticia, Gomez fell in love at first sight with the wrong sister.

Unfortunately, that didn’t seem to matter, as her sister shrugged and got betrothed to Gomez that very day anyway, ignorant of his interest in Morticia.

As Gomez finds himself torn between two sisters, he flirts with Morticia, but as quoted in the love letter, it’s when she speaks French that secures her place in his heart.

After hearing her speak in a foreign tongue, Gomez is cured of bronchitis.

Despite these strong, unspoken feelings, the wedding between Gomez and Ophelia was planned for the next day.

A desperate Morticia decides to stop the wedding by playing matchmaker, sending Ophelia on a walk with Cousin Itt, hoping her sister will be wooed by the fuzzier Addams man.

As we all know, Morticia’s plan works, and when Gomez objects to his own wedding, Ophelia doesn’t care and just runs off with Cousin Itt. That day, Gomez married Morticia instead.

It’s clear from the snippet of Gomez’s love letters read aloud in "Gomez, the Reluctant Lover" that after their marriage, Gomez continued to woo Morticia, despite already having won her.

The scene that he describes in his letter, oozing with romance over the thought of her first speaking French to him, we’ve already seen play out in "Morticia’s Romance."

But some fans of The Addams Family get confused by the love letters in the later episode, because in "Gomez, the Reluctant Lover," Morticia claims that the letters were written when Gomez was courting her, and traditionally, courting happens before marriage.

These fans ask: Which is it, did he marry Morticia the day after they met, or did he court her for some period?

We see the love letters less as a mistake in the timeline of Gomez and Morticia’s great love, and more as written proof that what made their love exceptional was Gomez’s ongoing pursuit of Morticia beyond securing her hand – as if winning her love every day was the only way to assure that he did not lose her.

When Carolyn Jones got cast as Morticia Addams, The Addams Family cartoonist Charles Addams told her, "I know you will make a darling Morticia!"

However, arguably, it’s not Morticia’s darling-ness, but Gomez’s smoldering, undying passion for Morticia that sets their romance apart.

It should come as no surprise that some viewers became smitten with this powerful display of love.

Yet playing Gomez, John Astin admitted some shock when he discovered that to many young girls watching the show, "I’m a romantic figure."

"I get letters from girls," Astin told The Daily Record in 1965. "Like there was one kid who wrote and said, ‘If I could have you hold my hand and whisper, “Cara Mia,” I could die happy.’" 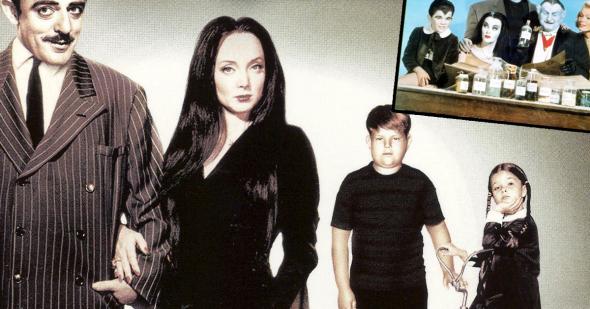 The Addams Family refused to be compared to The Munsters 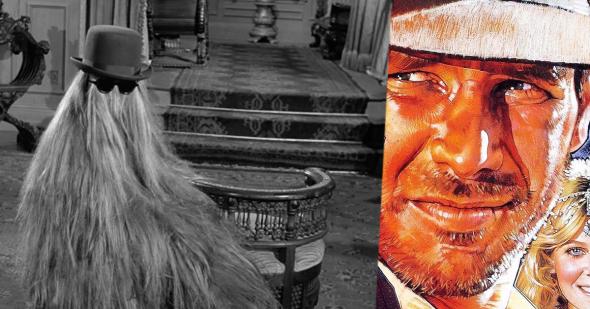 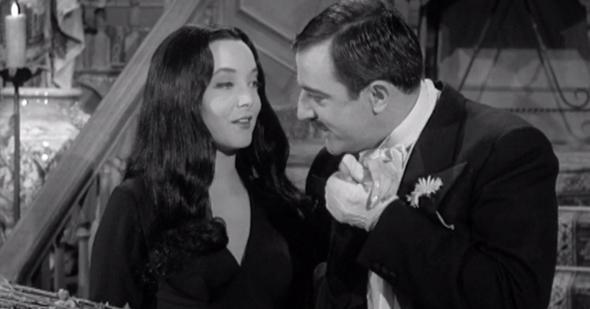 Carolyn Jones vowed to never date actors, writers or producers
Are you sure you want to delete this comment?
Close

collene 1 month ago
I preferred the Addams Family instead of the Munsters.
Like Reply Delete

Runeshaper 1 month ago
Such an AWESOME backstory! I never knew how Gomez and Morticia hot together. Very cool.
Like Reply Delete

Susan00100 1 month ago
I've always loved THE ADDAMS FAMILY, but I gotta admit that those scenes when Gomez turned into a sex maniac whenever Morticia spoke French or said, "Bubbelah" sickened me.
Let's face it; men are animals!
Thank goodness it never went beyond his kissing her arm!
Like (1) Reply Delete

LoveMETV22 Susan00100 1 month ago
Lol. Thank Goodness, as it wouldn't have remained on Network television.
Like Reply Delete

Todd 1 month ago
I am old to remember watching the Addams Family in prime time. As a kid, it was my FAVORITE show. I remember telling my parents that when I grew up and had a house, I was going to decorate it like the Addams Family. I totally loved the 1991 movie of the same name.
Like (2) Reply Delete

Jimtypes 1 month ago
The Addams were light years ahead of other sitcoms in the romance department. The truly adult nature of their romance set Gomez and Morticia apart.
Like (2) Reply Delete

KJExpress 1 month ago
I'm hearing the sound of crickets. 🦗
Like (1) Reply Delete

Peter_Falk_Fan KJExpress 1 month ago
Are you sure it's not the Addams Family snapping their fingers?
Like Reply Delete

KJExpress Peter_Falk_Fan 1 month ago
Yes! That must be what it is!! 😂
Like Reply Delete