Florence Henderson apparently had a wicked sense of humor. 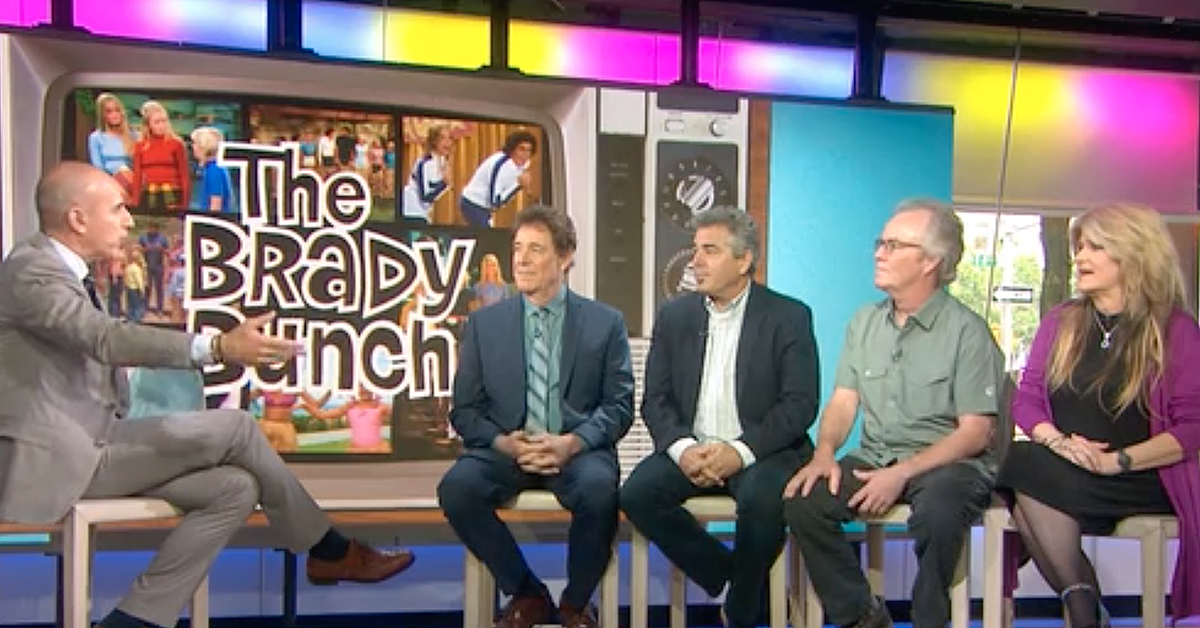 Last week, the TODAY show surprised the cast of The Love Boat with a star on the Hollywood Walk of Fame.

This week, the morning show brought together another iconic cast for a trip down memory lane.

Earlier today, Barry Williams, Peter Knight, Mike Lookinland and Susan Olsen reunited nearly 50 years after The Brady Bunch first premiered. The cast talked about their time on the show, still being recognized and, of course, the dearly departed Florence Henderson.

"Everyone refers to us as 'kids,'" Williams told Matt Lauer. "No matter how we mature, we're still 'the kids.'" 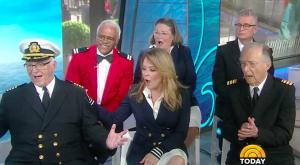 Olsen offered an interesting analogy for still being recognized as Cindy Brady.

"You spend a little while trying to run away from it, but you can't," she said. "It's like having a hunchback. You can't disguise it, so you might as well dress it up."

"It's become a generational thing," Lookinland said. "Every age group was represented on the show."

But being recognized for The Brady Bunch wasn't always an enjoyable experience for the former child actors. The intense fame and recognition inhibited their ability to land new roles.

The four cast members on the TODAY show, along with Maureen McCormick and Eve Plumb, are the only surviving cast members from the show.

Robert Reed died in 1992, Ann B. Davis died in 2014, and Henderson passed away in November 2016. The most recent loss is still fresh for those involved with the show.

"She was great for humanity," Knight said. "Everyone she met felt better about themselves and about the world around them."

Despite being a wholesome show, the cast laughed while reminiscing about Henderson's bawdy humor. Olsen also revealed she came up with some not-so-family-friendly lyrics to the show's theme song. My, how Cindy has grown up!

You can catch Williams on MeTV this summer as the spokesperson for The Summer of Me!