Now you can have your very own Jerry and Willie. 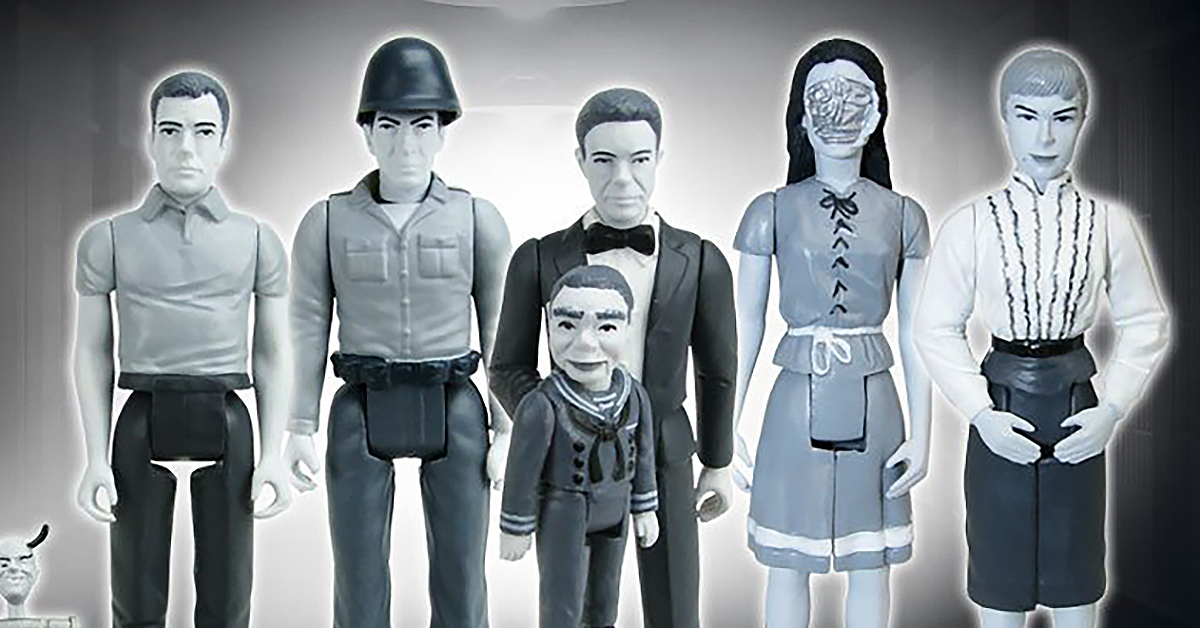 For almost as long as television has been around, fans have been able to connect with their favorite characters through action figures. Kids who loved Gilligan's Island could reenact Gilligan's blunders, and those who were obsessed with Ponch on CHiPs could fight crime in real life.

But for a popular show like The Twilight Zone, having action figures was nearly impossible because there were no main characters. But now, one company is finally letting fans collect their favorite characters from the anthology series.

At San Diego Comic Con, the company Bif Bang Pow! revealed an exclusive line of action figures from The Twilight Zone, featuring memorable characters like Jerry and Willie, Alicia and Don Carter. The colored figures quickly sold out, but now the company is releasing an "as seen on TV" line, or better put, black-and-white.

Who could forget William Shatner's take on Don Carter in the episode "Nick of Time"? This action figure comes with a tiny Mystic Seer, just like the fortune telling machine featured in the episode. 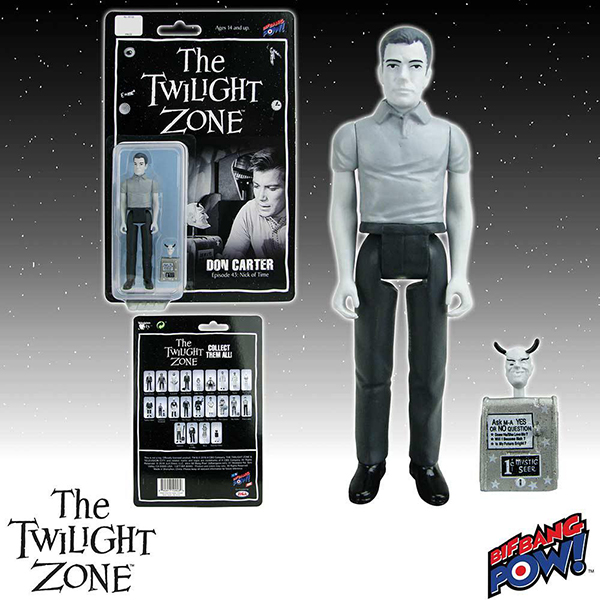 The figurine from the episode "The Dummy" is a two-for-one. Of course, you can't have the dummy without the ventriloquist. 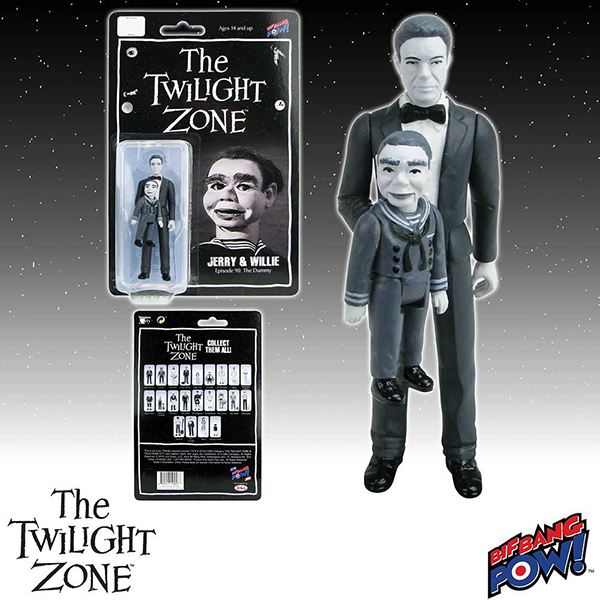 The figurine for the robot Alicia from the episode "The Lonely" is taken from a crucial moment, hence the reason she (it?) doesn't have a face. 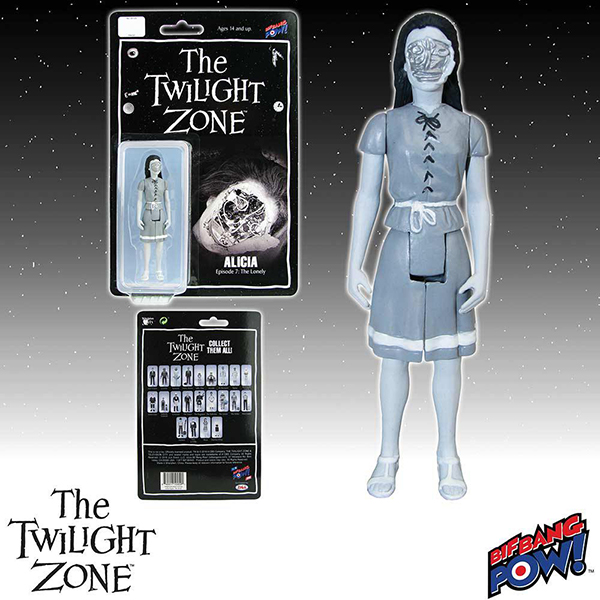 Shatner isn't the only Star Trek actor to have an action figure in this series. Leonard Nimoy's character, Hansen, appeared in the episode "A Quality of Mercy." 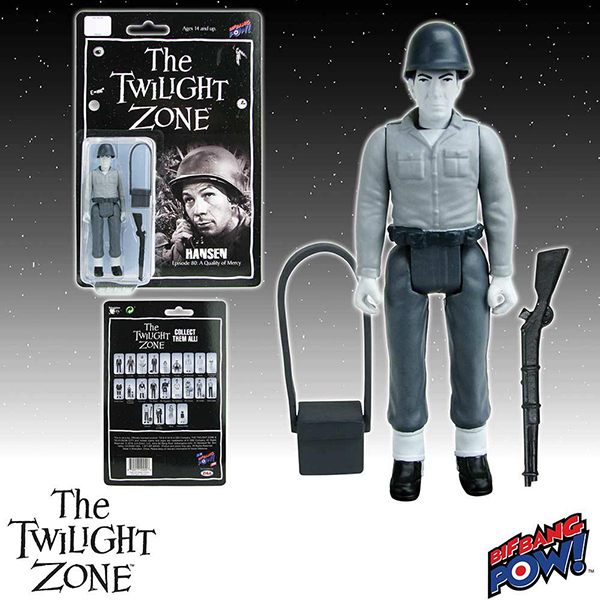 Anne Francis gets her own figurine as Marsha White from the episode "The After Hours." 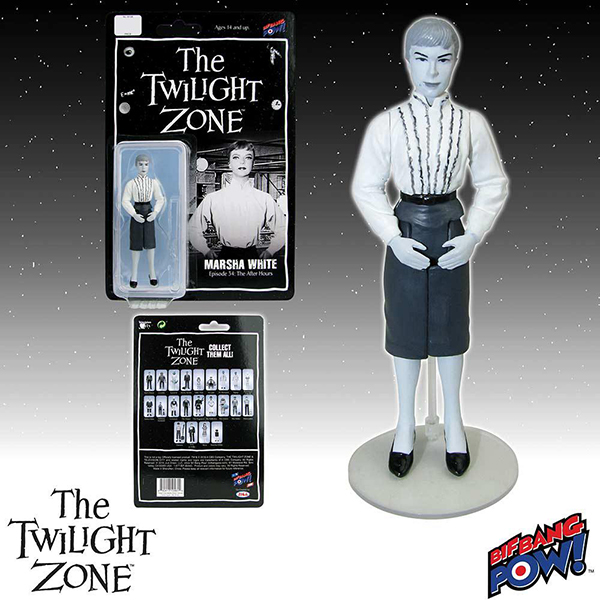 If you're itching to add even more figurines to your collection, you're in luck. MeTV now sells action figures based on some of your favorite TV characters. You can check out the figurines of Batman, Wonder Woman, Gilligan and many more right here.