America’s #1 Classic Television Network
Find your local MeTV station
Where to watch
See when your favorite shows are on
See schedule
Personalize MeTV.com to follow your favorite shows
Free sign-up
Shop your favorite shows in the MeTV Store
Shop Now
Home / Stories / Steve McQueen’s performance in 'The Blob' got him his role on 'Wanted Dead or Alive'
Did you know?

He went from alien goo to capturing outlaws in less than a year. 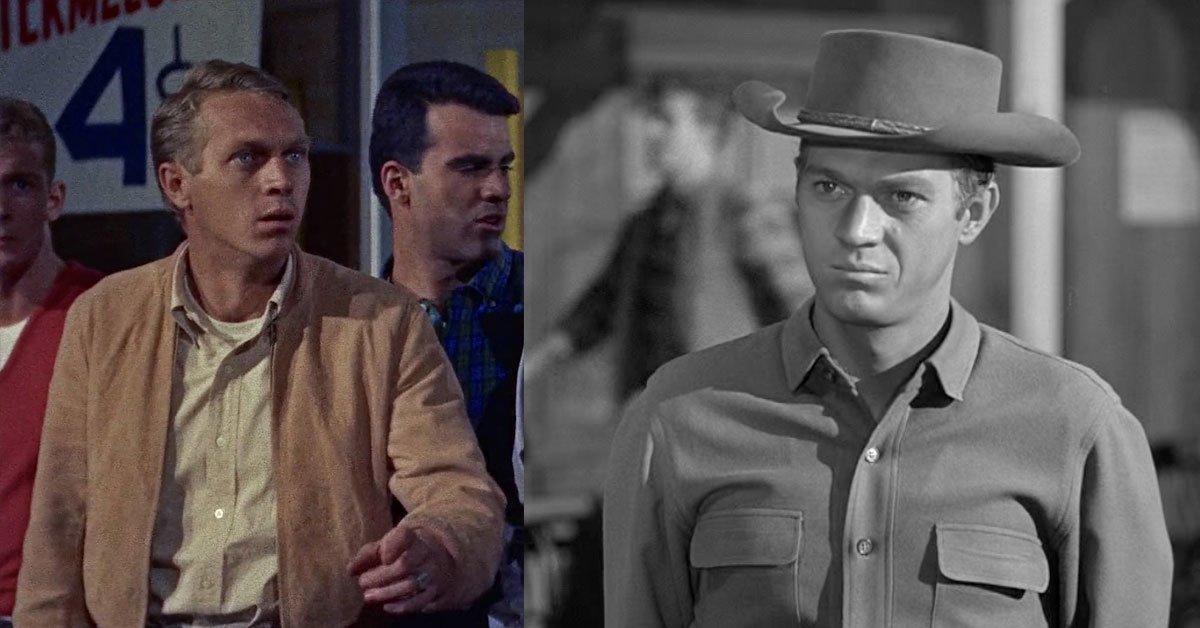 Like many young actors hoping to break into the entertainment industry, future star Steve McQueen tried to book anything he could. His very first onscreen role was a part in a 1952 half-hour television short for the Bell Telephone Company that demonstrated the convenience of having multiple phones in one house.

Over the next few years, McQueen continued to land small roles in TV. He made quick, uncredited appearances in the movies Girl on the Run and the Paul Newman starrer Somebody Up There Likes Me.

In the summer of 1957, 27-year-old McQueen was cast as teenager Steve Andrews in what seemed like just another throwaway acting job. But it was a lead role, something any struggling actor would take. Little did he know that the movie would be wildly more successful than anyone thought and even grab the attention of actor-turned-television producer Dick Powell. That pivotal, breakout film was, of course, beloved schlocky horror hit, The Blob.

McQueen, credited as "Steven McQueen," was cast opposite Aneta Corsaut in her first big screen role (she appears in the credits as "Aneta Corseaut"). Just a few years later, Corsaut would take on her most famous character, Helen Crump on The Andy Griffith Show, Andy's love interest and eventual wife.

In The Blob, McQueen and Corsaut fight the titular monster after it falls from space and starts taking over their small town. Despite the cheesy premise, McQueen's forceful and determined performance, not to mention movie star good-looks, caught the eye of Dick Powell.

Powell, co-founder of Four Star Television, watched an early cut of the film and knew its star had potential. His company was producing the western Trackdown at the time and an upcoming episode featured a bounty hunter character that Powell thought McQueen would be great for.

The episode aired in early 1958, months before The Blob was scheduled to hit theaters. The network thought McQueen's character, Josh Randall, worked so well they decided to order a spinoff for that fall and Wanted Dead or Alive was born.

The classic western that introduced McQueen to the American public actually aired its first episode four days before The Blob came out in the U.S. in September 1958. The series premiere also featured another young actor on the verge of becoming a household name — Michael Landon. 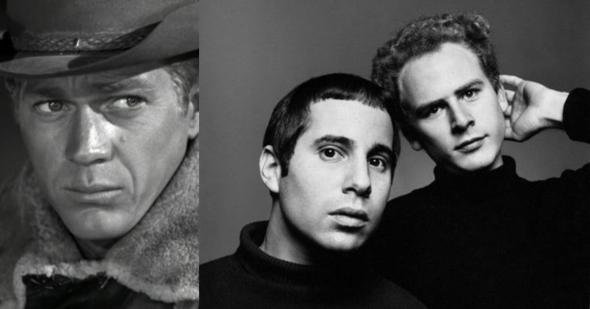 TriviaWesterns
Are these episodes of Wanted Dead or Alive or Simon & Garfunkel songs? 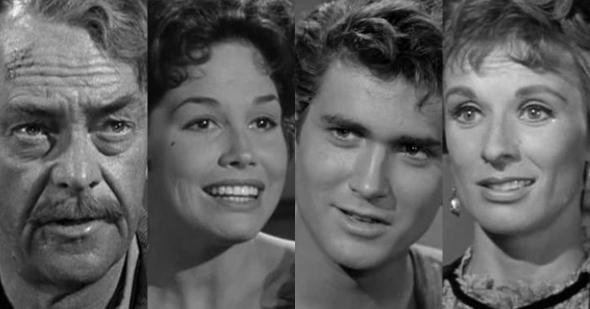 westerns
Can you name all these guest stars on Wanted Dead or Alive?
Are you sure you want to delete this comment?
Close

AgingDisgracefully 15 months ago
Repeating one of Josh Randall's Greatest Hits...

horribleHDanny 15 months ago
I've always loved the theme song for "The Blob"!Makes ya wanna get up and dance!!
Like (1) Reply Delete

Barry22 15 months ago
The Blob is a fun movie and McQueen was a great actor, but he sure did not look like a teenager in that movie.
Like (2) Reply Delete

horribleHDanny Barry22 15 months ago
I've always referred to him as "the world's oldest teenager",lol.Especially with that hairline!
Like (1) Reply Delete 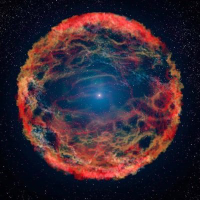 texasluva Barry22 15 months ago
That is the way it was back then in movies. Hard to come by teens for teen parts.
Blackboard Jungle (1955)
All these below in High School
Vic Morrow- 25
Sidney Poitier-27
Dan Terranova-24
Paul Mazursky-24
Rafael Campos-18 (hey a teen)
Steve McQueen- 27 in The Blob- I take a year off for movie production.
James Dean -24 in Rebel Without A Cause.
How many times can one flunk? LOL.
Like Reply Delete

daDoctah texasluva 15 months ago
It's worse when they actually get specific about the character's age. Michael Landon was 21 when he starred in "I Was A Teenage Caveman".
Like (1) Reply Delete

StrayCat texasluva 15 months ago
In Blackboard Jungle, Jamie Farr of Mash also had a small role, back them he was billed as Jameel Farah.
Like (2) Reply Delete

texasluva daDoctah 15 months ago
Marty McFly, a 17-year-old high school student in Back To The Future. Actually closer to 24. Rachel McAdams - Mean Girls-25. Gabrielle Carteris – Beverly Hills 90210-When she was cast to play the 16 year old Andrea Zuckerman in 1990, she was already 29 years old. By the time her character graduated high school, Carteris was already 32. Jason Earles -- Hannah Montana-When Hannah Montana first hit the airwaves in 2006, Earles was 29 years old. By the time the series wrapped up in 2011, he was 34 -- i.e. old enough to enter into creepy territory if he continued to spend most of his time around teenage girls. Stockard Channing - Grease-In retrospect, there were worse things Stockard Channing could do than play a character nearly 20 years her junior. That doesn’t mean it’s at least a little bizarre that she was 33 years old when she played the part of teen rebel Rizzo in Grease. Ingrid Bergman - Joan Of Arc-There’s nothing wrong with an actor fighting for the role they’ve always dreamed of playing. Except when that role is of a 14-year-old iconic heroine, and the actress is nearly 20 years older than that. Ingrid Bergman was 33 years old, and already a well-established actress when was cast to play the iconic religious teenager in Joan of Arc.
Like Reply Delete

MarkSpeck texasluva 15 months ago
And the trend continued with all the school sitcoms. The Welcome Back, Kotter kids were all in their 20's when the show debut (and I still can't believe that Gabe Kaplan is only three years older than John Travolta in real life!), the White Shadow kids were in their 20's, Head of the Class...most of them in their 20's...you get the picture!
Like (1) Reply Delete

MarkSpeck daDoctah 15 months ago
And Robert Vaughn had the title role in the Roger Corman flick Teenage Caveman. Vaughn was 26 at the time!
Like (1) Reply Delete

texasluva 15 months ago
Beware The Blob! How can it be stopped...Well I'm trying to tell you, now this thing it killed the Doc. A little hokie (but fun), it sure put McQueen on the map. Then he turned out some awesome movies. Bullitt, Papillon, The Sand Pebbles, The Great Escape, The Getaway, Nevada Smith, The Cincinnati Kid and so many more. In Wanted Dead or Alive his character "Josh Randall" was well liked. Steve McQueen movies/TV shows always one to watch.
Like (2) Reply Delete

stephaniestavropoulos 15 months ago
The title of the short: "Family Affair." Steve played a sailor named Freddie. {He looked so adorable in that sailor suit!} Warning: There is an annoying, rather large, WPA FILM LIBRARY {think that's what i said,}
watermark in the lower right hand corner.
Someone else METVers will recognize: J. Pat O'Malley played the father. {Not SM's father.}
Like Reply Delete