A lot can change over the course of 11 years. 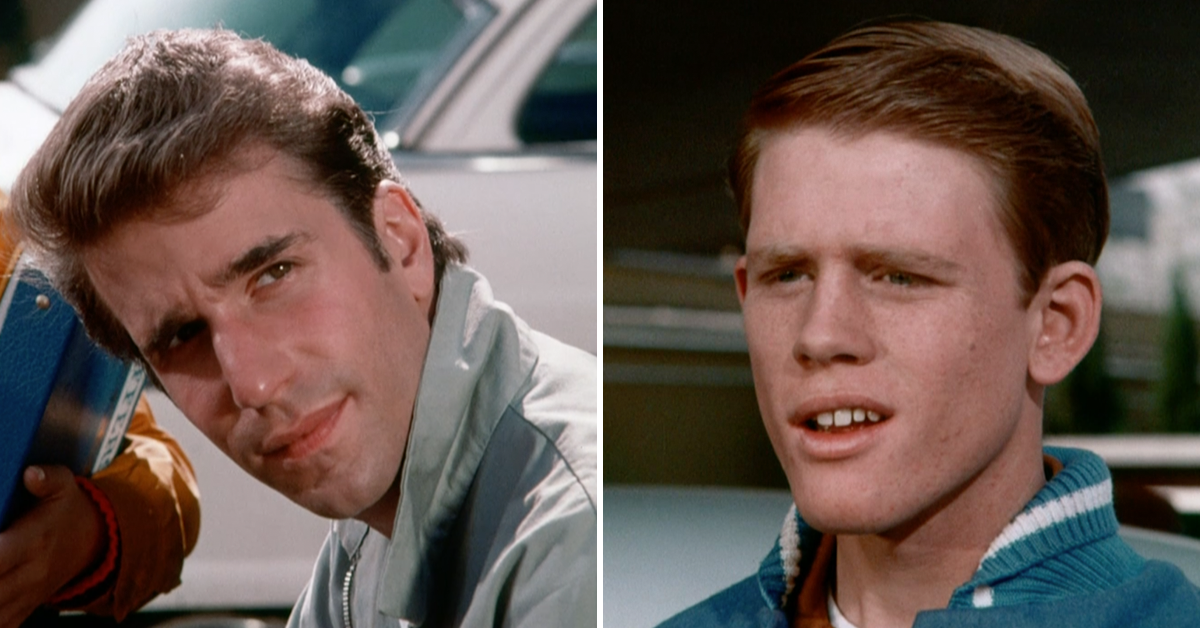 When Happy Days premiered in 1974, no one could have predicted its success. The hit sitcom sat atop the ratings, generated a few popular catchphrases, and spawned two massive spin-offs in the 1970s (not to mention some less successful ones).

Of course, such a long run meant some substantial changes. Main characters left the series, new ones were added, and sharks were jumped along the way. Airing a decade apart, the first and last episodes of the series could easily be two separate television shows.

Here's a look at how some of the characters — even a minor one — changed from their first episode of the show to their last one. It's amazing how 11 seasons will change you.

See Also: How the cast of 'The Brady Bunch' changed from their first to last episodes 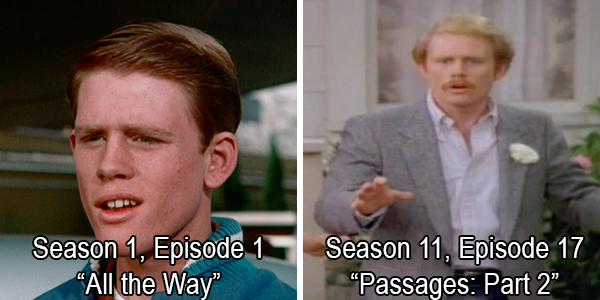 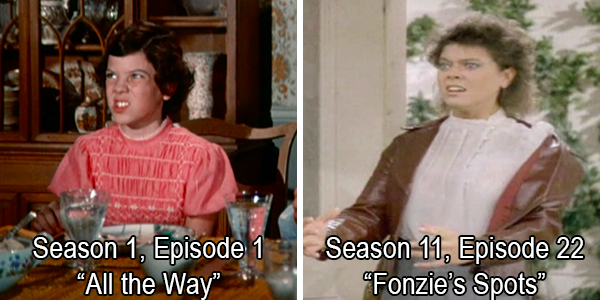 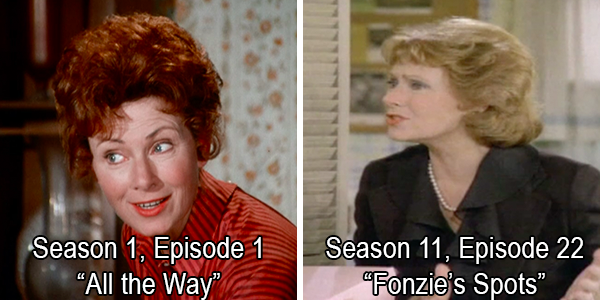 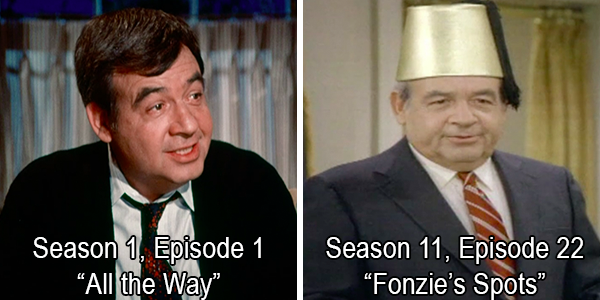 See Also: Video: The first and final scenes of classic TV shows, side by side 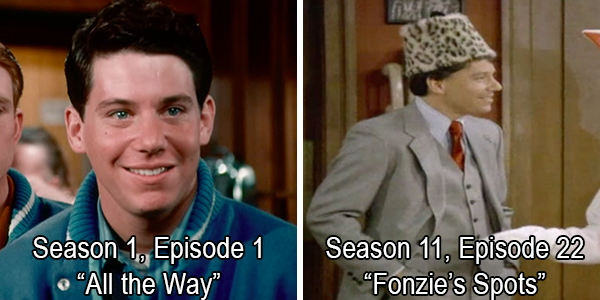 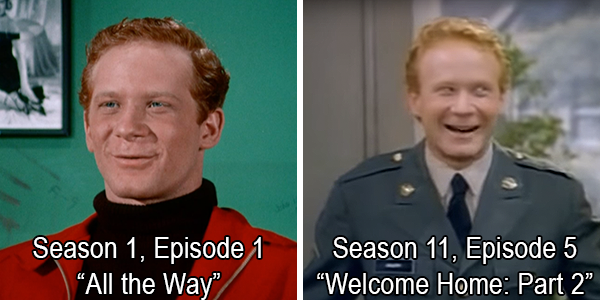 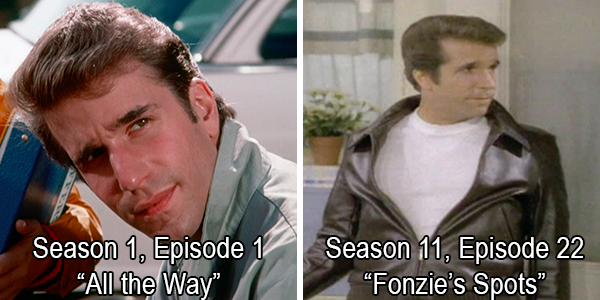 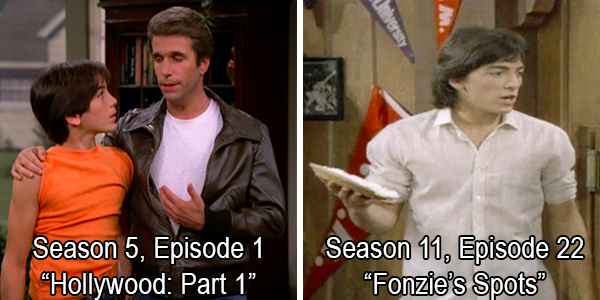 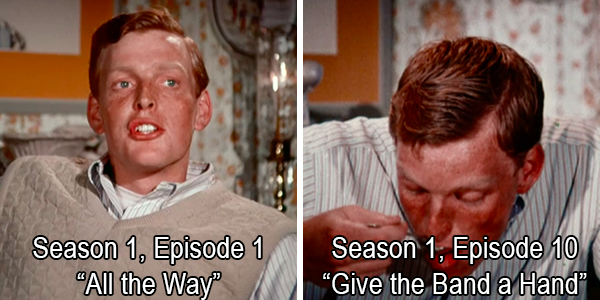 See Also: 8 actors who were almost cast on 'Happy Days' 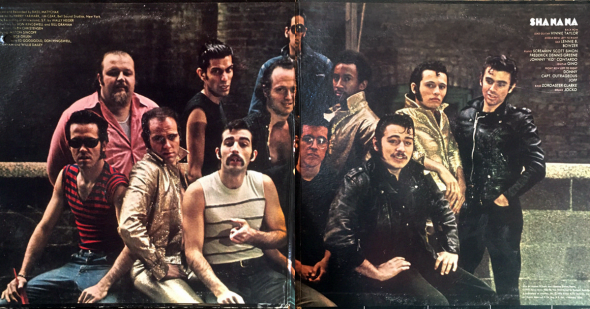 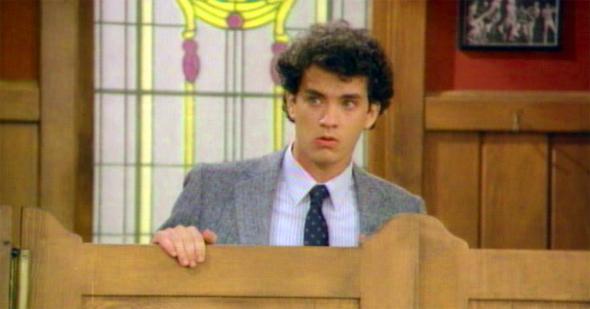 You probably forgot these 19 celebrities all appeared on 'Happy Days'
Are you sure you want to delete this comment?
Close

LynCarceo 4 days ago
Richie is the one who changed the most, at least physically (if I ignore big brother who went from present to permanently absent), becoming very adult in appearance.