Desi Arnaz was technically the first host of The Twilight Zone

Desi even offered his own opinion on Serling's first TV teleplay. 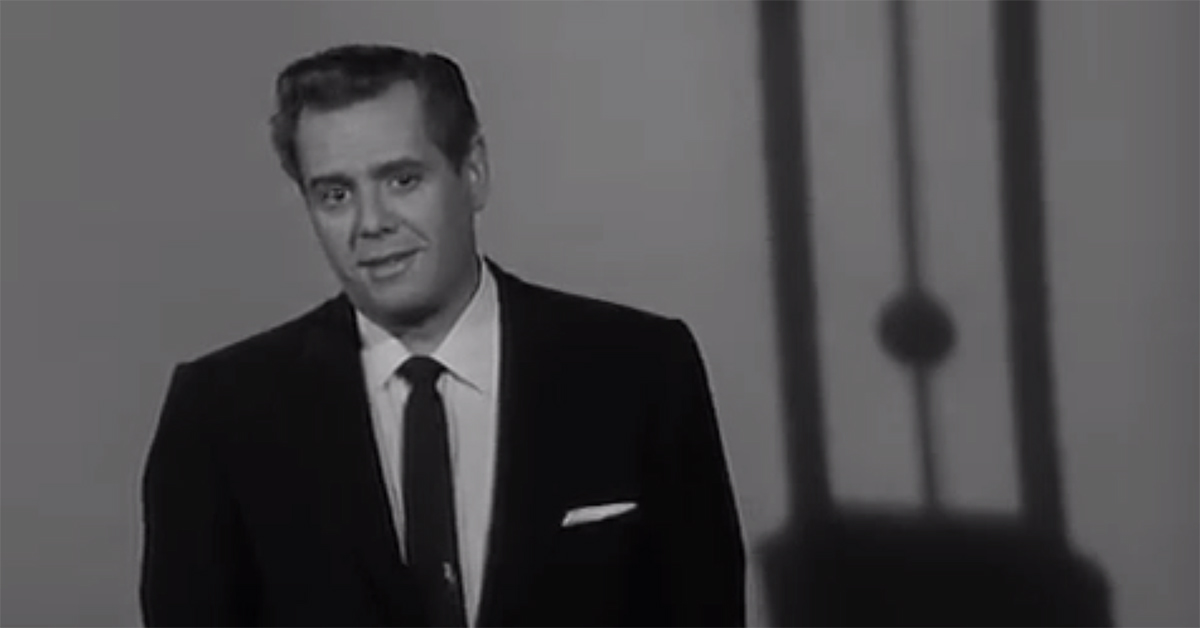 Fate is a tricky thing in The Twilight Zone, teasing its subjects with moral questions and sometimes even showing up personified as eerie beings who seem to obscure more often than they shed light on the future.

For Rod Serling, the future of the anthology series he wished to produce was uncertain when his first ever screenplay that ended up launching The Twilight Zone aired as an episode of Westinghouse Desilu Playhouse in 1958. The story was called "The Time Element" and it was so well-received that CBS immediately ordered more stories like it. Those stories they demanded would eventually become what is now known as The Twilight Zone.

In "The Time Element," dramatic actor Martin Balsam (12 Angry Men, Psycho) served as a psychoanalyst to a man named Peter Jenson, who is tortured by a recurring dream where he ends up in Honululu the day before the Pearl Harbor attacks but is unable to save a single life for his knowlege of the tragic future. Balsam's character spends the episode assuring his patient it is only a dream, because time travel isn't real.

Had this episode been introduced by Rod Serling, the audience would've known and expected something to be off in the world they were watching. As it played out as an installment on Westinghouse, the twist at the end where the patient disappears succeeded at throwing audiences with the same force that would later make The Twilight Zone such an iconic series.

This episode would never air as part of The Twilight Zone, but its importance in its legacy is significant to serve as a preliminary pilot. And to make this story even more curious, the host of this first-ever Twilight Zone story was not Serling, who wouldn't introduce an episode until his series' second season, but a different familiar face from the Fifties: I Love Lucy star Desi Arnaz. 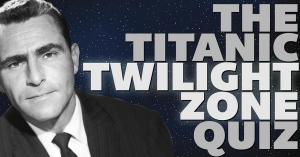 When "The Time Element" begins, Arnaz steps out, a shadowy figure, with the shadow of a grandfather clock complete with swinging pendulum in the background. "Good evening, ladies and gentleman," he said in the episode, "and welcome to another Westinghouse Desilu Playhouse. Tonight we're going to see a story written by Rod Serling and starring William Bendix." This is normal enough for a host, but then his intro falls into a cadence that recalls Serling's distinct narration: "Our story begins in a doctor's office. A patient is sitting there. He walked into this office nine minutes ago."

We'd see Arnaz again when the story concludes, and the first thing he says is, "As you can see, the pendulum has stopped. We wonder if Pete Jenson did go back in time or if he ever existed."

Then he does something Serling never really did. He offered his own opinion: "My personal answer is that the doctor has seen Jenson's picture at the bar sometime before and had a dream." And when he sends us off, he does it by vocalizing the silent question affixed to the end of every episode of The Twilight Zone: "Any of you have any other answers?" He nods severely and then says, "Let me know." 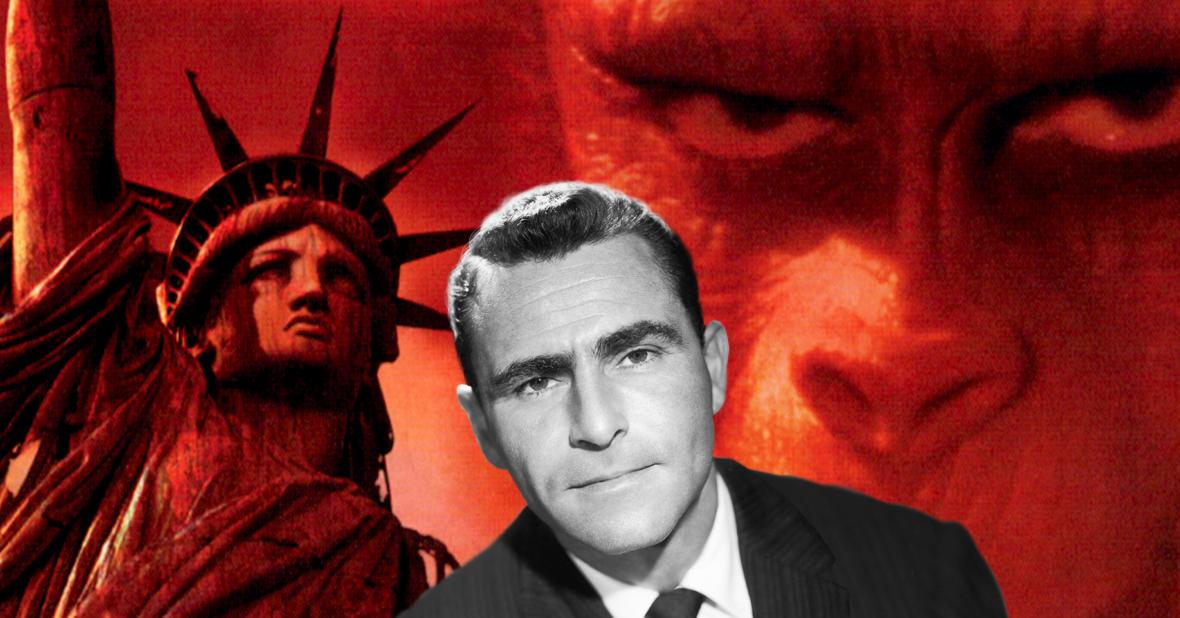 did you know?
Rod Serling wrote 'The Planet of the Apes' screenplay, but did he write the ending?
Are you sure you want to delete this comment?
Close

KennethGrueschow 23 months ago
good choice either way
Like Reply Delete

Wiseguy 23 months ago
"Had this episode been introduced by Rod Serling, the audience would've known and expected something to be off in the world they were watching."

Although Serling was well-known at the time for writing quality drama, the something off in the world element (no pun intended) wasn't really introduced until The Twilight Zone at least not enough so that the audience "would have known and expected."
Like Reply Delete

cperrynaples Wiseguy 23 months ago
Yes, Serling's work on TZ was out of character for him. When interviewed by Mike Wallace, he said something to the effect of "Well Rod, does this mean you're giving up serious writing?" Serling was properly offended and told Wallace that TZ was very serious!
Like Reply Delete

Wiseguy 23 months ago
TVLand showed it around the time the network premiered.
Like Reply Delete

HerbF Wiseguy 3 months ago
TV LAND showed it at 11pm EST on their first night, and aired it several times - however, the print they aired only had Desi's introduction, not his wrap up -which actually leads into a Westinghouse commercial with Lucy.

However, That was the first time Desi's introduction, or the original Westinghouse opening was seen since the original airing. When Desilu Playhouse was syndicated in the early 1960's,

(Which included "Time Element"- but not "The untouchables" 2-parter.) ALL of Desi's introductions were removed and new generic voice overs were added to all the episodes (The announcer is unknown)

Interesting fact - all the "bootleg" copies of THE TIME ELEMENT that surfaced in the mid-1980's onward was from a syndicated print that was found in a collection of old TV prints in a Barn in New Hampshire! :) (or so the legend goes!)
Like Reply Delete

Lacey 23 months ago
While is was not a aired Twilight Episode, it was the bases for another Twilight Zone story staring Russel Johnson. The idea was, of course, used for an episode of The Time Tunnel.
Like Reply Delete

KennethGrueschow Lacey 23 months ago
About Lincoln's assassination
Like Reply Delete

JoeSHill Lacey 11 months ago
What viewers may not remember, was that Rod Serling, before he passed away in 1975`, did the script to an Irwin Allen/20th Century Fox TV movie for ABC called "TIME TRAVELERS" that was aired in early 1976 about two modern-day Doctors who were seeking a cure to a pandemic in 1976 New Orleans with the help of a private high tech agency that used time travel to go back in time to The Great Fire in Chicago. a far cry from "THE TIME TUNNEL"!
Like Reply Delete

pony 23 months ago
Ugh. The "Here's my theory" concept would have been a horrible way for each segment to end.
Like Reply Delete

Wiseguy pony 23 months ago
According to The Twilight Zone Companion by Marc Scott Zicree, a TV critic at the time wrote in response to Arnaz' comments "Go home, Desi!"
Like (1) Reply Delete

cperrynaples Wiseguy 23 months ago
Yes, that book answers a lot of questions posed by this article. However, other critics weren't so kind to Serling, thinking he was going to do Frankenstein and Dracula-type stories, instead of the more personal stories he DID do!
Like Reply Delete

AgingDisgracefully 23 months ago
I think I Love Lucy would have been better if each episode featured an introductory paragraph from Desi, beginning, "Submitted for your approval..."
Like (1) Reply Delete

JeffTanner 23 months ago
GET OFF THE PAGE!!!
Like Reply Delete

wanderer2575 23 months ago
Supposedly, Desi Arnaz' "personal explanation" at the end came at the insistence of the show's sponsor, who was extremely nervous that the viewing audience wouldn't understand the ambiguous twist ending. TV really was dumbed down in those days before Serling and company brought some shows that made us think. 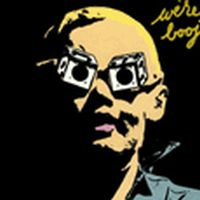 Joebev 23 months ago
Submitted for your approval... Here is "The Time Element":
https://www.youtube.com/watch?v=oERqiJgv9bo
Like (2) Reply Delete

cperrynaples 23 months ago
Desi had a policy that if he didn't like the story he wouldn't do it! He only did "The Time Element" because he was a fan of Serling! I've seen that epilogue on You Tube and he really throws shade on Serling! No wonder Desilu passed on TZ and went with The Untouchables! At least he understood gangsters and lawmen!
Like Reply Delete

cperrynaples cperrynaples 23 months ago
PS What's with that subheadline? In the first place, the phrase "TV teleplay" is redundant! And in the second place, it was hardly Serling's first "TV teleplay". He had already won Emmies for Patterns and Requiem For A Heavyweight by the time Desi contacted him!
Like Reply Delete

CaptainDunsel cperrynaples 23 months ago
Possibly it was meant to read "first TZ teleplay" but was mangled by autocorrect or something even less insightful such as an editor.
Like Reply Delete

HerbF cperrynaples 11 months ago
Actually, the Teleplay was purchased by CBS and then sat on the shelf, it was a Desliu producer looking for material for the show that found the script and brought it to Desi's attention.
Like Reply Delete