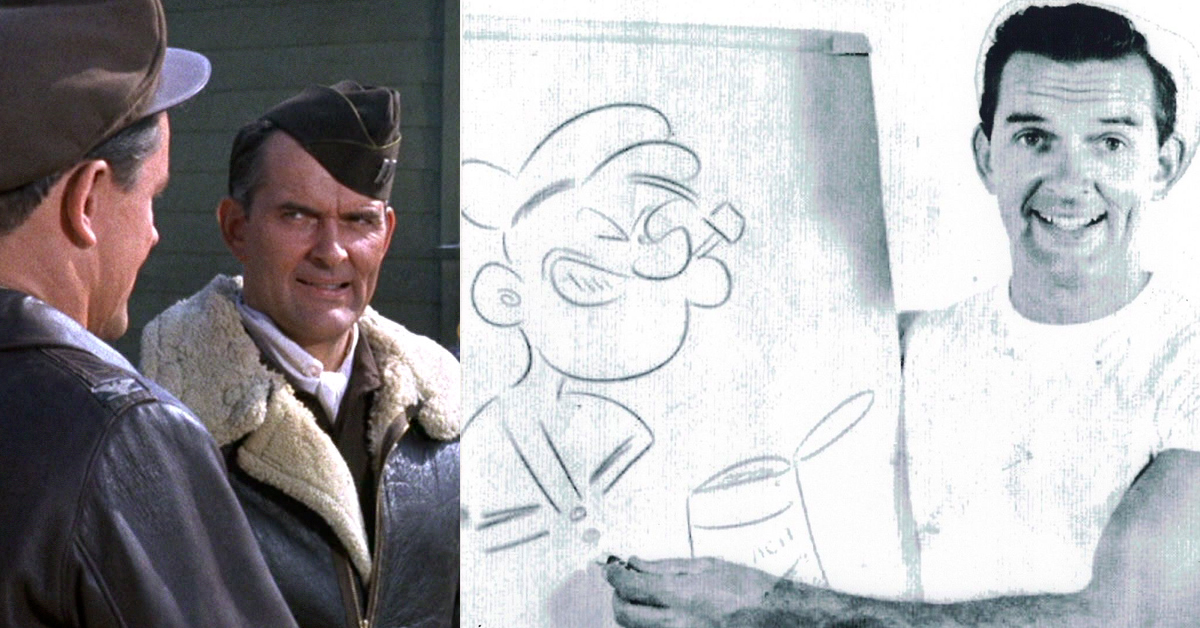 If you grew up watching Popeye cartoons, Tom Hatten will be a familiar face. The actor got his start presenting Popeye cartoons on KTLA-TV in Los Angeles as Skipper Tom, a friendly sailor who taught kids how to draw the iconic cartoon character onscreen.

Originally called The Pier 5 Club – like The Mickey Mouse Club, only Skipper Tom's pier was the clubhouse where kids gathered to draw along – the show was later renamed The Popeye Show and even later, it was revived as Popeye and Friends, resulting in a legacy for Skipper Tom that stretches from 1956 to the late 1980s. Today, his signed illustrations and portraits are still passed between fans.

Although Hatten surely makes most TV viewers fond for their childhoods, the actor also took on guest roles on hit shows, including military sitcoms just a skipper's bound from his Popeye presenter character. On Gomer Pyle, U.S.M.C., he appeared in six episodes, including memorably blowing the whistle during "The Feudin' Pyles," where Gomer jousts gladiator-style. He also appeared in four episodes of Hogan's Heroes, playing lieutenants, a sergeant and an Air Force captain. 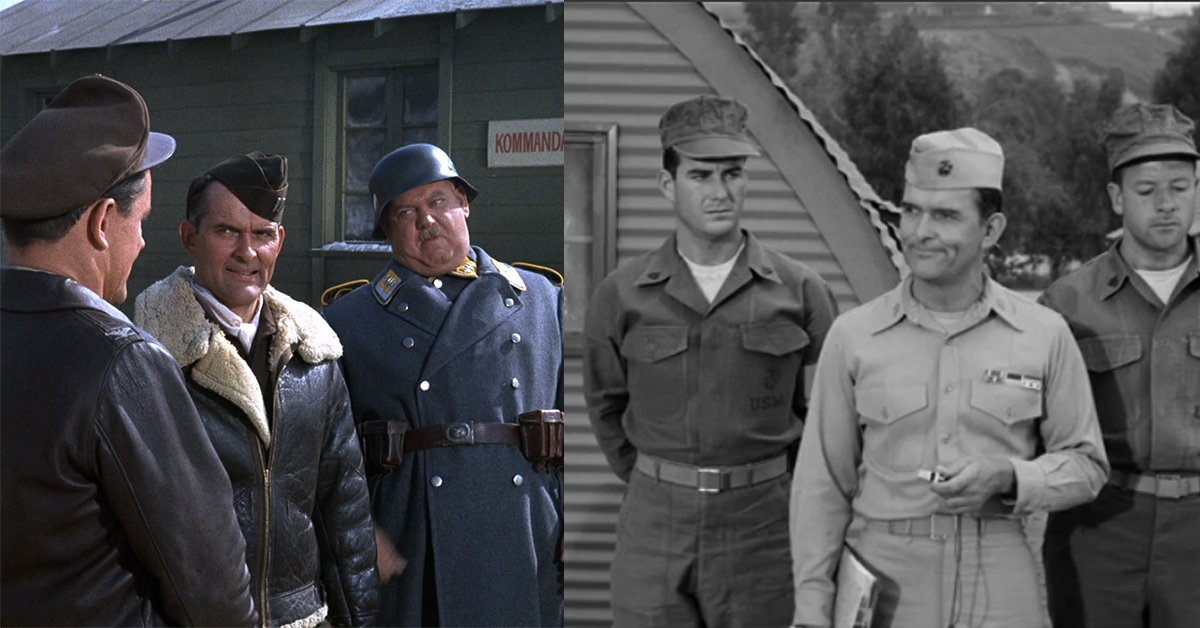 During the 1960s through the 1970s, Hatten appeared in sitcoms like The Beverly Hillbillies, action adventure series like Get Smart and serious dramas like Hawaii Five-O. He continued acting through the early 2000s, including a memorable appearance on Wings as Lowell's wise but off-skew mentor. (Watch Hatten's appearance on Wings here.) He was also seen in movies, including Spies Like Us, and voicing the farmer in The Secret of NIMH.

Apart from his acting career, what many kids who grew up watching Hatten may not have realized was he was an actual sailor, serving in the U.S. Navy during World War II. In that way, you could say he literally drew upon his own experience, as he traced the shape of Popeye for kids while dressed in his own Navy whites, again and again.

Zippy123456 15 months ago
I was on the Popeye show hosted by Tom Hatten in 1960. Aslo met Skipper "Frank" at the same time. The show was at the KTLA studio on Sunset and Vine in Hollywood.
Like Reply Delete 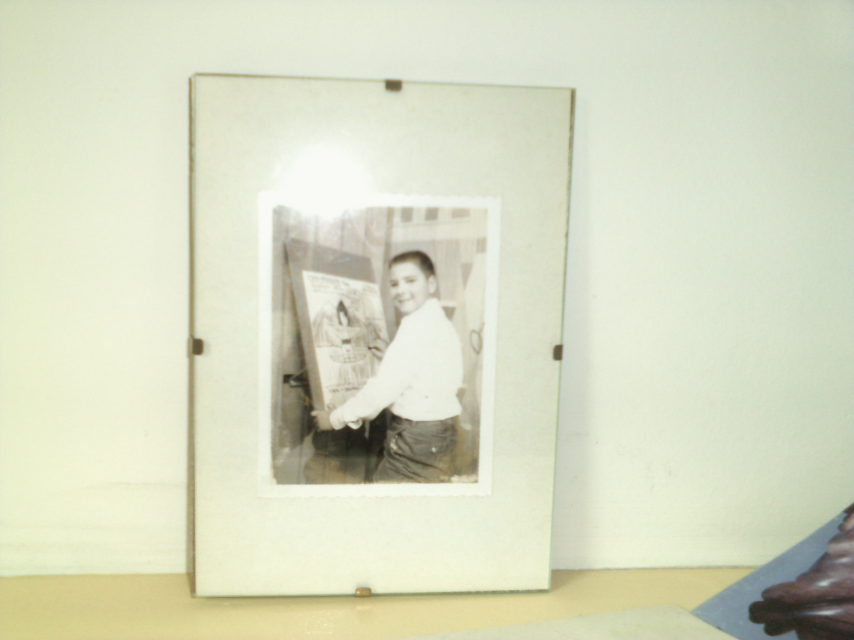 TubeBoob 41 months ago
When I was a kid, every Labor Day Sunday, before the Jerry Lewis MD Telethon would come on, Tom Hatten would host a Jerry Lewis film festival on KTLA channel 5. He'd show the good stuff like "The Bellboy", The Disorderly Orderly", "The Patsy" and "Cinderella". Those were good times. RIP Mr. Hatten.
Like Reply Delete

stephaniestavropoulos 41 months ago
When I first saw Tom Hatten's face, it bared a slight resemblance to someone I grew up watching. Bill Jackson. Anyone out there remember him? B. J. & Dirty Dragon Show," followed by "Gigglesnort Hotel?" I remember when the article mentioned he-TH-would have an "art lesson," and describe how to draw something. B.J. would do the same thing. I also liked it when he transformed the town's "statue" {resident "talking" lump of clay,} Blob into different things. Sometimes BJ would get him ready for a special occasion, {like a date!} These were both fun shows!
Like (1) Reply Delete

Barry22 41 months ago
RIP, what city was he Skipper Tom in? Down here in SOFL it was Skipper Chuck.
Like Reply Delete

stephaniestavropoulos Barry22 41 months ago
Skipper Tom's home base of operations was KTLA channel 5 from Los Angeles. [I just read another obit. on him.] Anybody out there who also grew up {in the Chicagoland area as I did;} watching Garfield Goose And Friends, is familiar with its show's host: Frazier Thomas. Like Tom Hatten, FT not only hosted a kids show, but his own version of Family Film Festival {the name of the show TH hosted;} called Family Classics With Frazier Thomas. With you mentioning that there was another "version" of this type of show, sounds like the same type of programming was happening across the country at around the same time frame.
Like Reply Delete