R.I.P. Stuart Nisbet, who appeared in (almost) every TV show

Stuart Nisbet, who appeared in over 120 of our favorite TV shows, passed away at 82. 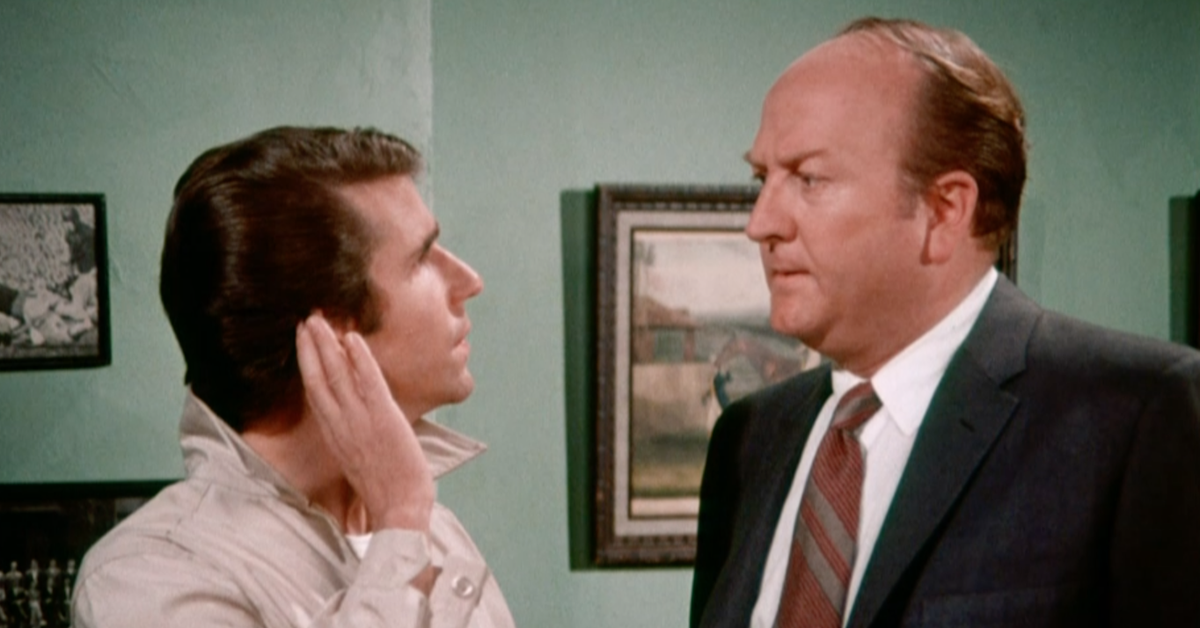 You may not have known his name, but you definitely remember his work. Stuart Nisbet, who appeared in over 120 television shows over the course of 40 years, passed away June 23 at the age of 82.

The character actor had role in almost every program imaginable. He was the principal in the first season of Happy Days who let the Fonz return to high school, a bartender in the 1960s series The Virginian and the father of a girl who had a crush on Dennis in Dennis the Menace.

See Also: In memoriam: All those we have lost so far in 2016

From the start, Nisbet had always wanted to be an actor. He grew up in the Los Angeles suburb of Bakersfield, Calif. and studied acting at Los Angeles City College and Cal State L.A. Nisbet got his start in the 1960s by appearing in a range of shows like Dennis the Menace, The Donna Reed Show, The Twilight Zone (pictured above, right), Gunsmoke, The Munsters, The Green Hornet, The Man from U.N.C.L.E., Bewitched, Mission: Impossible, Mayberry R.F.D. and Hogan's Heroes.

His impressive resume took a more dramatic turn in the '70s, with parts on shows like Bonanaza, Mannix, Emergency! and Columbo. Nisbet also had some lighter roles on sitcoms like Happy Days (pictured above) and Three's Company.

The acting roles slowed down in the 1980s and 1990s, but Nisbet still managed to stop by shows like Mama's Family (pictured above) and Murder, She Wrote. His last television appearance was on The Practice in 2001.

The next time you watch one of your favorite sitcoms, dramas or Westerns, be sure to look out for Nisbet. He might be hiding in plain sight.