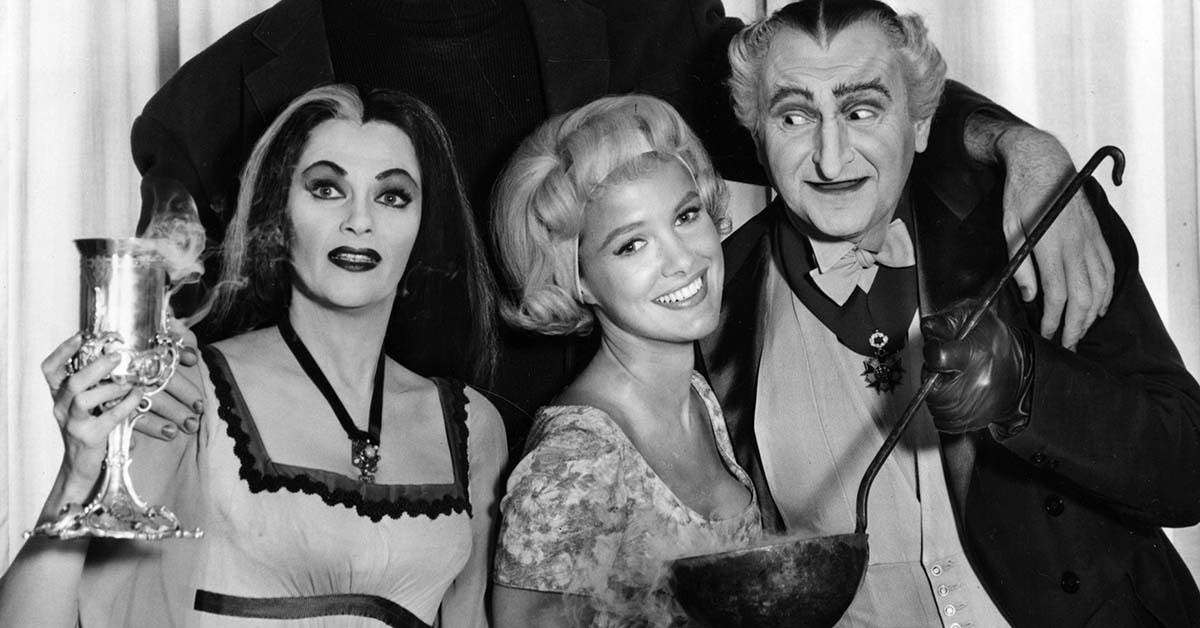 The first episode of The Munsters, "Munster Masquerade," aired September 24, 1964. It opens with a shot of a pretty young blonde girl, saying goodnight to her date at the door, a very familiar sitcom scene. "Before we say goodnight, wouldn't you like to come in for a minute?" Marilyn Munster asks. Her date gives an enthusiastic, "Mm-hmm." Then she goes on, "And meet my folks?" The man groans, "Why do I have to meet your folks?" She explains that her aunt and uncle are good people and "sort of old-fashioned," then her date agrees to invite them to a party at his parents, going in for a kiss as behind the couple, Herman Munster peels back the curtain on the Munsters family home.

Beverley Owen was the original actress to take the part of Marilyn Munster, making her the first Munster we ever saw on-screen. She'd remain in the role for 13 episodes of the show before leaving the cast, replaced by Pat Priest for the duration of the 1960s series. Before The Munsters, viewers had seen Owen on soaps like Another World and As the World Turns, as well as Westerns like The Virginian and Wagon Train. The actress had worked her way up to onscreen roles, working as a typist for everyone from Ed Sullivan to Captain Kangaroo.

Owen left The Munsters to get married and start a family, marrying Sesame Street original crew member and director Jon Stone. They had two daughters, Polly and Kate, and divorced in 1974.

On Facebook, Owen's Munsters co-star Butch Patrick posted this memory, "What a sweet soul. I had the biggest crush on her. RIP Bev and thanks for your 13 memorable Marilyn Munster episodes."

On February 21, Beverley Owen passed away at the age of 81.

BrittReid 47 months ago
R.I.P. Beverley. Loved you as MM.
Like Reply Delete

teire 47 months ago
Always thought she was the prettier Marilyn -- a little more delicate looking, which made for more of a contrast with the rest of the family.
Like Reply Delete

cperrynaples 47 months ago
Well, i'm sure we can all figure out the boyfriend's reaction, especially since Marilyn always considered herself the "ugly duckling"...LOL! RIP Beverly!
Like Reply Delete

cperrynaples stephaniestavropoulos 47 months ago
Yep, and didn't every boyfriend run away when they saw Herman?
Like Reply Delete

MichaelSmith cperrynaples 47 months ago
Yes all of Marilyn's suitors ran away when they saw her Uncle Herman.
Like Reply Delete