'Real People' kicked off the modern reality TV movement in 1979

Do you remember Skip and Sarah? 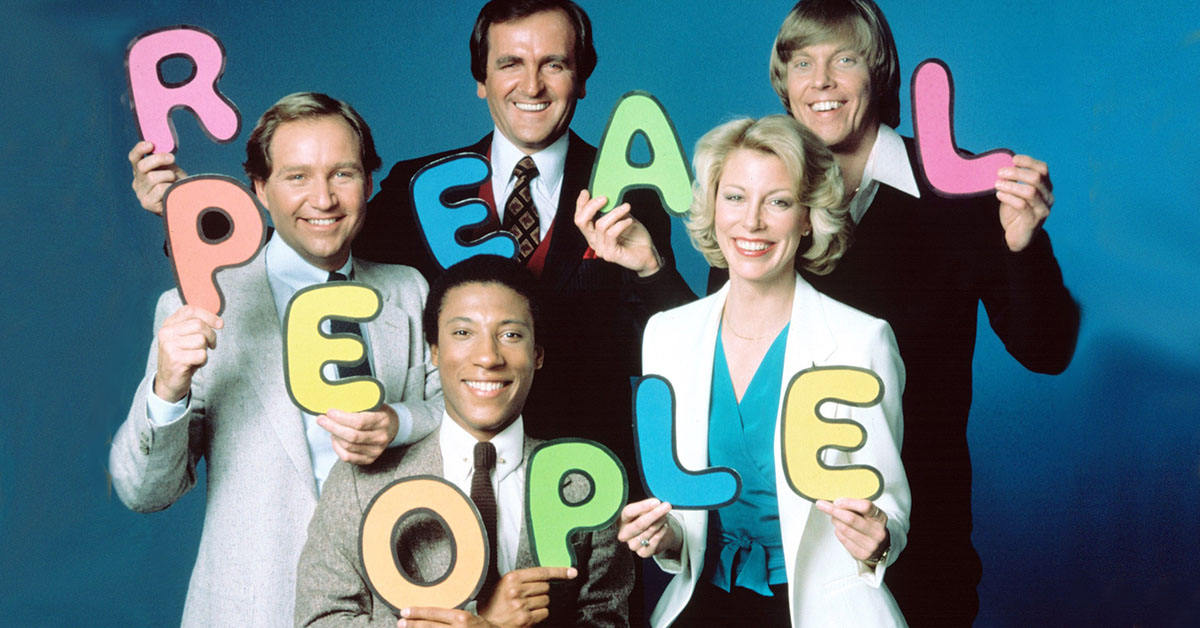 In the 1960s and 1970s, few people foresaw the future of television like George Schlatter. The acclaimed producer, now 84, had a hand in some of the most forward-thinking TV shows of the era. As a co-creator of Laugh-In, Schlatter not only pioneered the sketch comedy show, he fully understood the potential of the visual medium. He tapped into our short attention spans. 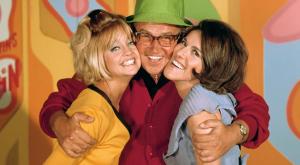 Television had grown out of radio and theater, and for its first couple decades, the storytelling stuck to a rather static, narrative form. Laugh-In, on the other hand, helped usher in postmodernism, with rapid-fire pacing and editing. Schlatter pushed this even further in 1969 with Turn-On, a manic comedy and variety show set inside a computer. It was so quick and ahead of its time that it became the shortest-lived TV show in history. The concept was over people's heads, so it was canceled as the first episode was airing. Today, it would fit right in on Comedy Central.

A decade later, Schlatter took another leap with Real People.

Forms of reality television had been done in the past on series like Candid Camera and the PBS series An American Family, however those were basically just a prank show and a long documentary film. Beginning in the spring of 1979, Real People blended profiles of everyday citizens, comedic studio commentary and viewer interaction. Folks at home could send in silly photos or funny newspaper clippings to share on air. In some ways, Real People was the combined prototype of America's Got Talent, the viral video and social media.

For example, here is a typical episode, a dive into the city of Chicago from 1982: We meet Morey Greenblatt, the "swimsuit king of Chicago"; "Human Drummer" Joe Wright played his body as an instrument; a cat predicted the weather; local cops dressed as clowns to cheer up sick children; we toured the inside of Wrigley Field… and so on.

The concept was a huge hit with audiences. The weekly Wednesday program injected life into a struggling NBC network, and regularly hung around the top of the ratings, even winning the Nielsen wars some weeks. Imitators quickly followed in Real People's footsteps, like ABC's That's Incredible, which arrived in 1980.

Real People itself spun off two series, Speak Up, America and Real Kids. The former allowed audience members to stand and talk about any topic on their mind — like Twitter or Facebook, in a way. Hosted by Peter Billingsley, the star of A Christmas Story, Real Kids simply took the Real People format and applied it to adolescents. While both failed, they offered a taste of 21st-century entertainment.

In true reality show fasion, the hosts of Real People became minor C-list celebrities in their own right. Fifty percent toothy smiles and knit sweaters, Skip Stephenson was a favorite of the younger viewers. Stand-up comedian Byron Allen became a longtime host of celeb profile shows with his Kickin' It and Entertainers series. Sarah Purcell came out of Los Angeles morning television, where she had worked alongside Regis Philbin, to become the star of the show. John Barbour earned the nickname "godfather of reality TV."

In 1984, both Real People and That's Incredible faded away. That fad seemed over. Of course, it was only just beginning.