The actor's fictional hometown made him an honorary citizen. 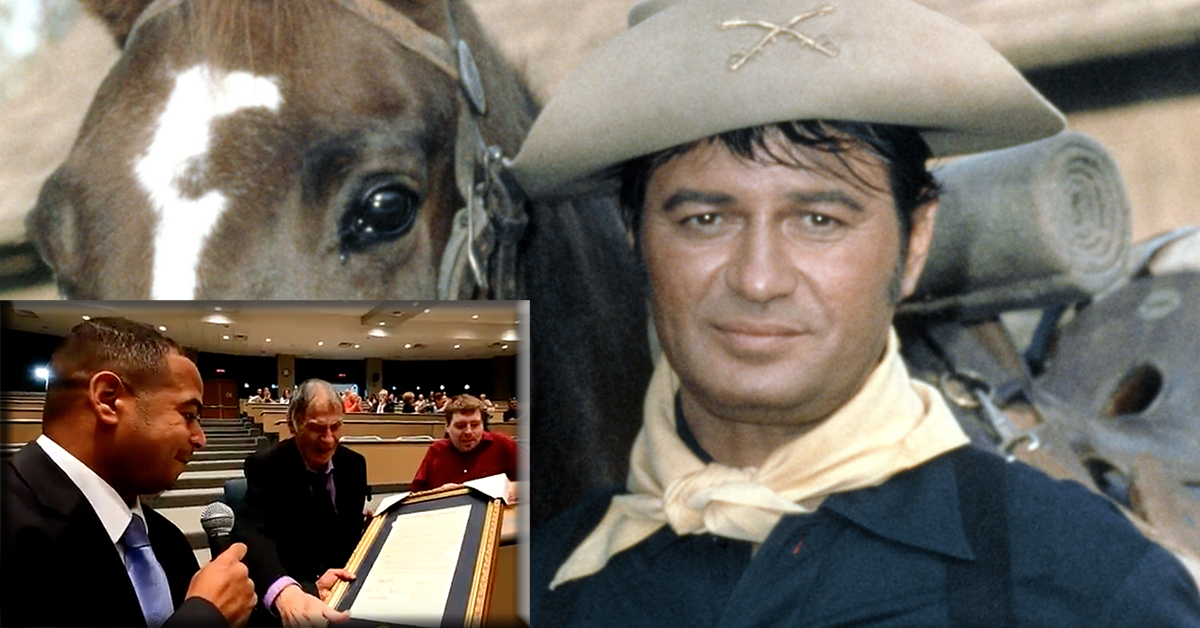 Larry Storch received a huge honor Tuesday from a tiny suburban town he helped put on the map.

For two years, Storch portrayed Cpl. Randolph Agarn on the Western comedy F Troop. Although the show took place on the frontier during the 1860s, the character called Passaic, New Jersey, his hometown.

Yesterday, the city of Passaic honored the living legend with two ceremonies honoring the actor's life and legacy.

It was a homecoming of sorts for Storch, who grew up in New York City. Although Passaic is only 15 miles from Manhattan, the 93-year-old never visited the city until yesterday.

"I think because of you, Passaic is mentioned all over the world," said Blanco. "You've always been in our hearts."

After the ceremony with the city's mayor, Storch went to a meeting where he was honored with a Distinguished Service Medal for his service during World War II. He served in the U.S. Navy on the same submarine as actor Tony Curtis.

Storch says he was the one to choose Passaic as his character's hometown on F Troop. One day on set, when someone asked him where Agarn was from, Storch replied, "'Passaic,' because it sounded tough."

Passaic was prominently featured in one of the program's most popular episodes, season two's "The Ballot of Corporal Agarn." In the episode, Agarn receives an absentee ballot for a mayoral election in his hometown. It's a race that's currently tied, and Agarn has to cast the deciding vote.

The town certainly loves Storch by honoring him with so many distinctions, but the feeling is mutual.

When talking about the small ceremony, he said, "I'll remember this group today more than a crowd at Yankee Stadium."

Larry Storch from F Troop gets recognized for his service

Larry Storch, who played bumbling Corporal Agarn on the late-60s sitcom F Troop -- a character who was supposed to hail from Passaic NJ -- will be honored by the Passaic County freeholders