Never a hunter, Berry had his own reason to tag along on Andy's trips. 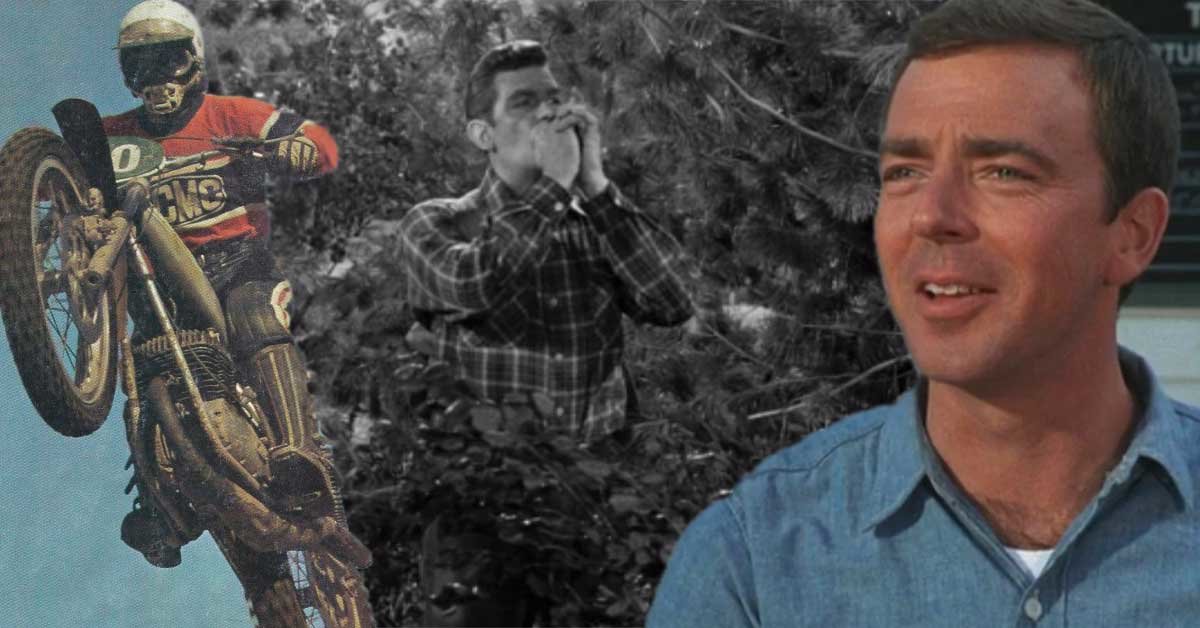 Once Andy Griffith handed the key to Mayberry over to Ken Berry, so to speak, when The Andy Griffith Show spun off into Mayberry R.F.D., Griffith continued making occasional appearances on the later show. Berry, of course, had worked with Griffith on a few episodes of the original Mayberry series, and Berry confirmed to the Archive of American Television that the two hugely talented actors bonded from the get-go. Berry said, "We really hit it off right away and we got to be good friends.”

Because Berry made it into Andy's inner circle, he was invited on the hunting trips Andy took any time he returned to the studio to shoot Mayberry R.F.D. episodes. According to Berry, Andy was a member of a nearby hunting club, and Andy would round up Jack Dodson (Howard Sprague actor) and Lee Greenway (The Andy Griffith Show/Mayberry R.F.D. makeup artist) in his motor home and take them hunting as much as he could. Berry said, "He and Lee Greenway … would get in the motor home and … drive out to a hunting club that Andy belonged to and Jack Dodson and Andy and Lee would shoot. They would shoot skeet or whatever, or they’d actually hunt."

Berry didn't hunt, but he still tagged along on these trips because he'd found his own thrill in joining the other Mayberry men on these excursions. He said, "I had a motor home, too, but [Andy] had a great big one and a rack on the back for trail bikes." These trail bikes weren't mountain bikes either, but dirt bikes that skidded into America in the Sixties during the earliest Motocross races. 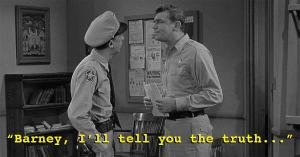 Did you know?1960s
This unique Andy Griffith catchphrase has stumped experts on the English language

Berry said, "I don’t hunt, so I just sat in the motor home and waited for them to be done and then we went and played with the motorcycles." If you need help imagining Andy Griffith, Jack Dodson and Ken Berry tearing up the trails on some of the earliest dirt bikes, Berry painted a picture in the interview, "There was acre upon acre of open territory and roads and trails and stuff. We spent a lot of time together. I had a lot of fun."

So if you ever wondered what Andy was doing in between shooting scenes in Mayberry, now you know he was either picking off skeet shoulder to shoulder with Howard Sprague or else tearing through the trails on a dirt bike alongside Sam Jones.

Yellowberry 38 months ago
Lisa whechel still looks good to this very day as far as the prop contest goes , the two props that Are missing are the candy dish from the honeymooners and the leatherman knife from MacGyver
Like Reply Delete

ELEANOR 38 months ago
There must be something cathartic about actors riding dirt bikes together on the weekends. Some of the Original Star Trek cast and crew would also go dirt biking on the weekends and Bill Shatner would get banged up and bruised along with the rest of them. Every place except the face of course.
Like Reply Delete

Pacificsun 38 months ago
Unless you're an impeccable actor (like Frances Bavier and William Frawley) it's tough to fake chemistry during a recurring ensemble acting series. The idea these actors were also so comfortable with one another off set helps explain why these series have been popular for so long. A reason for truly Classic TV!
Like Reply Delete

stephaniestavropoulos 38 months ago
Is this what is meant by "Keeping up with the Jones''? {In order to do so, you had to have and be able to ride, a dirt bike?}
Like Reply Delete