Where To Watch Shop Store Contact
Home / Stories / Natalie Schafer was the only real-life millionaire on Gilligan's Island
Did you know?

Natalie Schafer was the only real-life millionaire on Gilligan's Island

She raked in cash from real estate then donated it to a hospital… and a poodle?

You know how the theme song goes: "A millionaire and his wife!" Sorry, Thurston, it turns out that Lovey Howell should have gotten first credit as "the millionaire." The dirty little secret of Gilligan's Island — and much of Sixties television in general — is that actors hardly made any money off of reruns. Most Hollywood folks simply did not foresee these TV series aired repeatedly without stop for more than half a century.

Take it from Mary Ann herself, Dawn Wells, who said this in a 2016 interview with Forbes:

"A misconception is that we [Gilligan's Island stars] must be wealthy, rolling in the dough, because we got residuals. We didn’t really get a dime. I think my salary — of course, I was low on the totem pole, Ginger [Tina Louise] and Thurston [Jim Backus] got more — was $750 a week. Sherwood Schwartz, our producer, reportedly made $90 million on the reruns alone!" 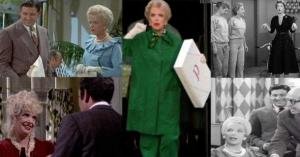 Those small screen stars who were really "rolling in the dough" often found their money elsewhere. Take Denver Pyle, for example. He may have played country bumpkins like Briscoe Darling and Uncle Jesse Duke, but in reality, the Pyle was a true Jed Clampett, earning piles of cash from oil.

Similarly, Natalie Schafer, "Lovey Howell" herself, amassed millions. She and her husband, fellow actor Louis Calhern, invested in Beverly Hills real estate when the getting was cheap. The couple was married from 1933–42, but their holdings paid off handsomely.

Upon her death in 1991, Schafer bequeathed $2 million to the Motion Picture and Television Hospital, which renovated and renamed an outpatient wing in her honor. "She was a very generous, wonderful human being, and very loyal to her friends, and I think we can see that through her relationship to the fund," a spokesperson for the Motion Picture and Television Fund said at the time.

And here we come to a legend surrounding Schafer's death and wealth.

"Actress Natalie Schafer, who played Mrs. Howell on Gilligan's Island, reportedly left a fat chunk of her estate to her poodle," the Seattle Times wrote in 2007. Similarly, Mental Floss explained, "Schafer bequeathed a large chunk of her fortune to her favorite teacup poodle (she had no children), with instructions for that money to be donated to the Motion Picture and Television Hospital after the pooch’s passing."

It could just be an urban legend. But considering the eclectic Schafer once ate a diet of nothing but ice cream ("I think I've tried every diet there is, but my favorite I invented myself — the ice cream diet," she once said. "I eat a quart of ice cream a day.") we wouldn't doubt it. 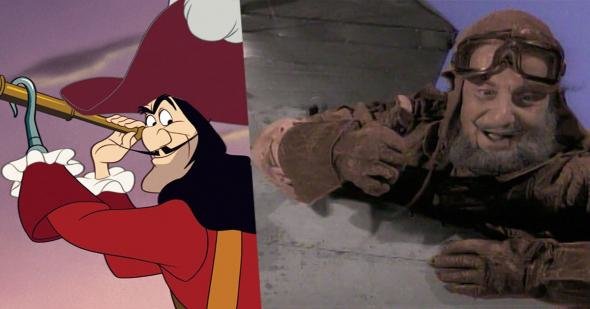 Did you know?
This Gilligan's Island visitor was the voice and model for Captain Hook 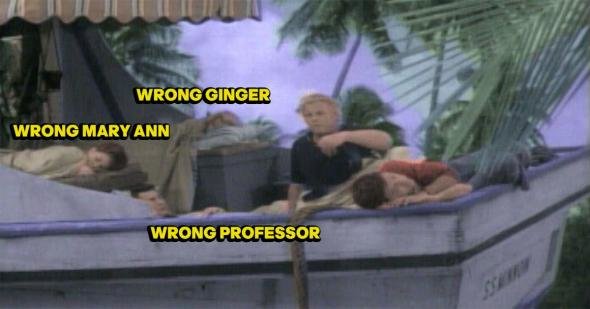 Did you know?
Did you ever notice the wrong Ginger and Mary Ann appear in the first Gilligan's episode? 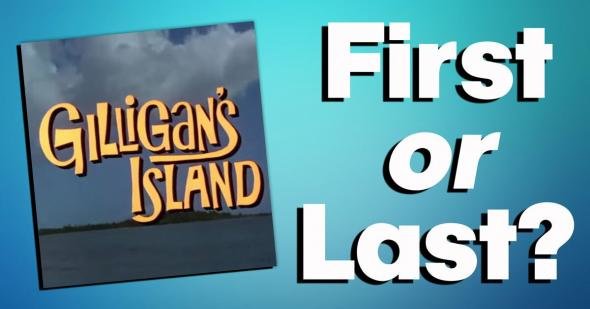 Did these things happen in the first episode or last episode of Gilligan’s Island?
Are you sure you want to delete this comment?
Close

Hogansucks1 25 months ago
Money isn’t everything 🧐
Like Reply Delete

denny 25 months ago
According to celebrity net worth Dawn Wells made $1,600 an episode and has a net worth of $50,000 today. It also says (rumored) that Natalie Schafer had a net worth of 10 million dollars and that she left her fortune to Dawn Wells and her dogs and donated one and a half million to the Lillian Booth actors home.

F5Twitster 25 months ago
I was in Natalie Schaefer's house in Beverly Hills in the late 1980s. A classmate of mine at the American Film Institute across town had been her rent-free live-in tenant for a few years (he hold me that she felt safer with someone she could trust in the house). My friend was moving out to get an apartment of his own and asked me if I wanted to take his place, subject to Natalie's approval, of course. I went there to meet him, but saw that the living area for the tenant was simply too small for my needs, so I passed, but I left with the story I'm telling now.

Natalie wasn't home that day, so I never met her, and the house seemed unremarkable by Beverly Hills standards of the day, but it's my brief brush with "Gilligan's Island."
Like Reply Delete

F5Twitster 25 months ago
"I was low on the totem pole, Ginger [Tina Louise] and Thurston [Jim Backus] got more — [my salary] was $750 a week. Sherwood Schwartz, our producer, reportedly made $90 million on the reruns alone!"

Adjusting for inflation, $750 in 1964 is equivalent to about $5000 a week now. The show averaged just under 35 episodes for each of its three seasons, so Wells would've been making the equivalent of about $175,000 a year. it didn't make her rich, but it allowed for a pretty comfortable life. If she took, say, a third of that salary and invested it well, she could indeed have been quite well off by the mid-1980s or early '90s.
Like (1) Reply Delete

AgingDisgracefully 25 months ago
I thought Bob Hope owned everything.
Like Reply Delete

MichaelSkaggs 25 months ago
Dawn Wells was the only member of the seven who asked and got a percentage of the show.
Like Reply Delete

denny MichaelSkaggs 25 months ago
I don't think she got a percentage of the show, but she did get residuals for several years afterwards. Maybe that's why her weekly salary was less than the others.
Like Reply Delete

Barry22 25 months ago
I read Russ Johnson's Auto-Biography and he also bemoaned the fact that he did not get residuals for Gilligan's Island.
Like Reply Delete

F5Twitster Barry22 25 months ago
Nobody in television who was a salaried actor or creative personnel who didn't own a piece of their show got residuals back then.
Like Reply Delete

denny F5Twitster 25 months ago
That's not necessarily true, Amanda Blake who played Miss Kitty on Gunsmoke, took a buyout of a 100k in 1961 to forfeit her right for residuals. Also on this website is a story about the voice of Wilma Flintstone who sold her residuals for a lump sum
Like Reply Delete

15inchBlackandWhite 25 months ago
Years ago I remember seeing Jim Backus on the Mike Douglas Show talking about the fact that he didn't get a dime from reruns of Gilligan's Island that were running all over the planet. Also on the show were a couple of cast members of the just-premiered Welcome Back, Kotter. Backus told them how lucky they were that the deal had been reworked and that they would always collect some amount of residuals when their show went into reruns.
Like Reply Delete

gracie200 25 months ago
K....let's jump back to this "ice cream diet" does anyone know if it was successful?? I have tried similar diets i.e. the all 3 Musketeers Bar Diet, the all Jello Gelatin and Pudding Diet, and the closest one to Natalie's was the all Frozen Ice Pop Diet. These diets -according to my very scientific Girl Math, should have worked. Alas....no joy *sigh*
Like (2) Reply Delete

gracie200 Inrodwetrust 25 months ago
actually that is me...about 16 years ago when it was easier to keep in shape. not so easy now with my age and health. but thank you - you absolutely made my day *blush*. interesting part is the car....it belonged to a friend of the guy i was dating at the time. friend claimed it once belonged to Sammy Hagar....not sure how true it is but i like to think i got to drive Sammy Hagar's ride for an hour, lol.
Like (1) Reply Delete

Inrodwetrust gracie200 25 months ago
As Sammy sang “ I can’t drive 55 “ lol and I’m glad I put a smile on that pretty face smiles seem to be harder and harder to come by lately. 😊😊
Like (1) Reply Delete

We’ve had this discussion here before. Particularly regarding Jim Nabors (Gomer Pyle) who people seemed to begrudge for having earned his money the hard way.

You can’t take the relative comparison presented here as a financial “standard.” First of all it's about the entertainment industry. And as much even though these actors have become beloved classic figures now, they auditioned for (usually short-lived) contract jobs. The hope of seasonal renewal was only a luxury and never a given. Owning part of the residuals was never figured into the contract of base players.

In California, no matter the decade, cost of living has always been expensive. On top of that these “self-employed” actors were paying out more than an average worker in terms of maintenance fees. Keeping fit, looking well, wardrobe, holding down part time jobs to be available for auditions, manager, casting agencies, photo work. I could go on but these were self-employed workers covering their own medical care and planning retirement investments. As much fun as a “gig” on a now popular sitcom might seem, waiting around all day, just to be called for your part among an ensemble cast was the equivalent of offering theater worthy performances, for base pay. Just to get the exposure. Because that’s what got them their next job!

So no, within context, it wasn’t as much money as you’re guessing. Not for what was being expected of them as professions! Usually a career they chose just for the love of "acting" and glamor!

OriginalGreaser Pacificsun 25 months ago
Oh cry me a river! First off people make decisions in life and some are beneficial and some are not. Nothing has changed regarding taking care of yourself between yesteryear and the present. People that care still have to maintain their body, their wardrobe, pay for over priced health insurance and pay into social security, 401ks and pensions. If you take the $750 a week then to $6200 a week now for inflation formula I’ll take it. I never made no where close to either figure and I maintained body, family and household. I even had enough to pay into a pension and retire comfortably. So maybe we should look at the possibility that some actors did not manage their finances in the most advantageous manner. I have no sympathy for the Hollywood cry babies!
Like (1) Reply Delete

Pacificsun OriginalGreaser 25 months ago
😉 Give yourself extra credit if you in the 1960's:
1. Lived in SoCal
2. Were self-employed
2. Got your job in your industry based on looks
3. Auditioned for jobs a couple times every year or more
4. Paid a manager to make financial decisions
5. Didn't get 401k benefits (cause they didn't exist)
6. Worked part time jobs just to eat and pay rent

I wasn't referring to people who were careless with money or being taken advantage of by crooks. Or the crybaby celebrities and athletes of today. Just a lot of genuine talent in the day who worked very hard to get to the point of where we (fans and audience) recognized them. And appreciated the enjoyment they provided.
Like Reply Delete

denny OriginalGreaser 25 months ago
My uncle got a job at Philip Morris back in 1970, starting pay was $1.70 an hour. That's $3536 a year. That was a great job with unbelievable benefits. I remember talking to him in 1988 and he made 78k that year and I made roughly 11k after moving out on my own.
Like Reply Delete