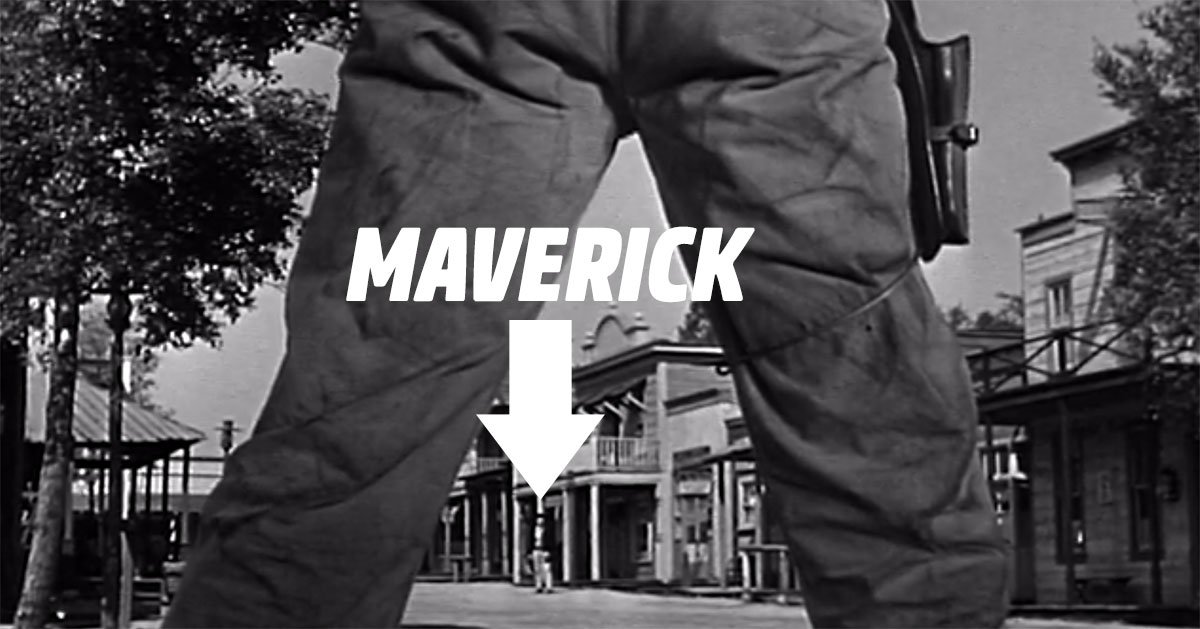 Though the characters wore cowboy hats and rode horses, the case could be made that Maverick was more of a comedy than a Western. The series threw as many punchlines as punches — not to mention "Pappyisms" — and relished the chance to poke fun at the competition. In season five "Three Queens Full," Maverick took aim at Bonanza, casting Jim Backus of Gilligan's Island and Mr. Magoo as "Joe Wheelwright," a thinly veiled parody of Lorne Greene's Ben Cartwright. Just to ensure you didn't miss the joke, Joe Wheelwright had three sons — Moose, Henry and "Small Paul." They indeed were dead-ringers for Hoss, Adam and Little Joe.

But by that point, Maverick was well versed in satire. Three seasons prior, the show set up Gunsmoke in a hilarious spoof that many fans rank as one of their favorite episodes.

The two-syllable title itself was a far more obvious joke: "Gun-Shy." Just in case that went over your head, the story opens with a shot framed in the exact manner of the Gunsmoke opening. The marshal stands in a dusty street, the camera low to the ground and pointing through his legs which dominate the foreground. Far away — comically far away, a mere speck, really — stands Maverick at the other end of this showdown.

"Shall I stand a little closer, Marshal?" Maverick shouts. This was essentially Mad Magazine material. 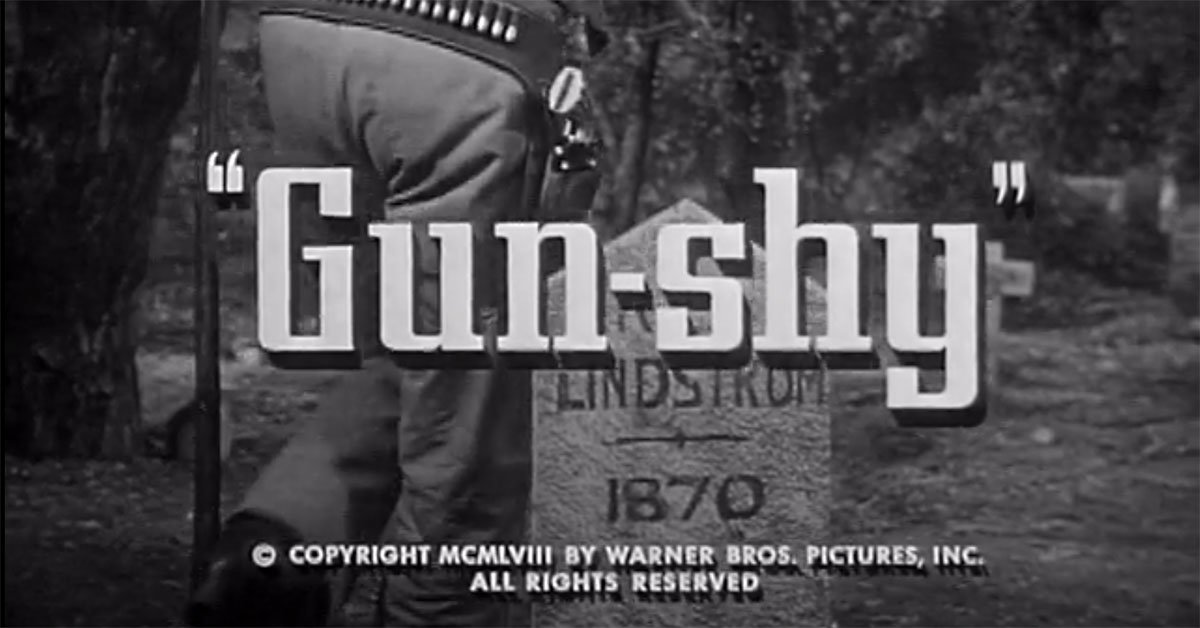 The opening scene of "Gun-Shy" was an exact replica of the Gunsmoke premiere, "Matt Gets It." Marshal Mort Dooley strolls through a graveyard while chewing through voice-over dialogue like a strip of beef jerky.

Mort Dooley, on the other hand, goes to the graveyard for pleasure. "It's a nice place to visit," he says, leaning on his shovel. "I like to come up here sometimes to think and maybe get ahead a grave or two."

There's a running joke with Amy (Kathleen O'Malley) where, like Kitty, she constantly worries for the men. Even when she trips Maverick down the stairs, she declares, "I do hope you're going to be alright!" 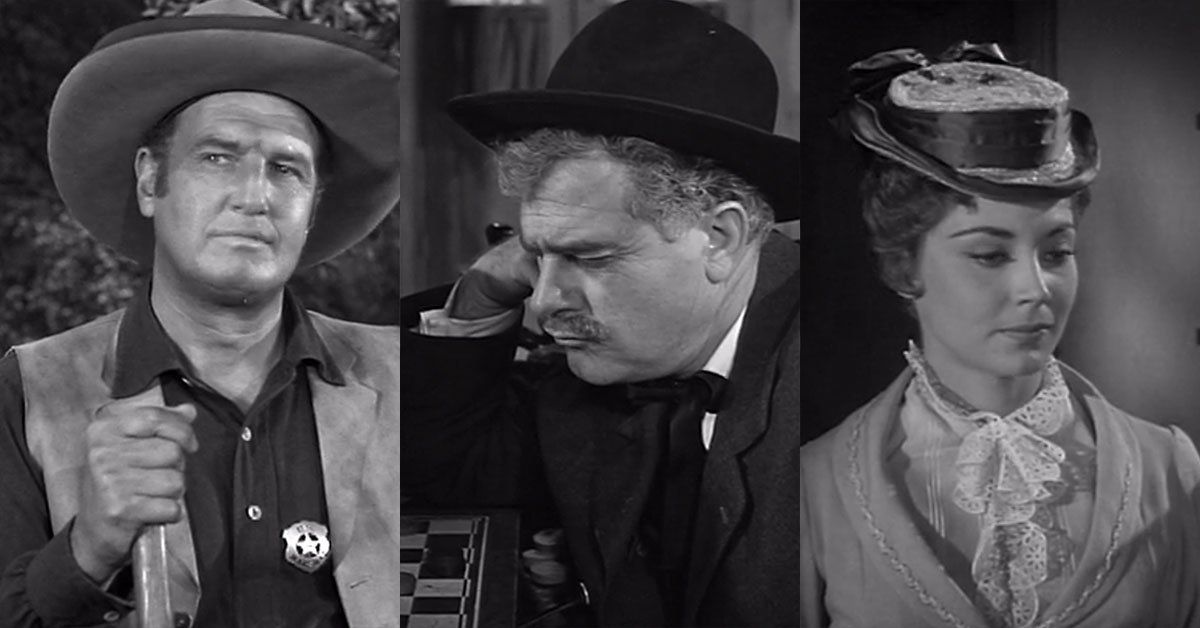 Another running gag is Matt Dillon continuing to brag about his ownership stake in the Weeping Willow. "I own 37-and-a-half percent," he reminds the audience.

None of this would have been lost on the viewers at the time — and, oh, how many viewers there were! The episode had a whopping ratings share of 49 when it originally aired in January of 1959. This means that one out of every two TV sets in the country was watching.

Gunsmoke, of course, was the most-watched show on television that season. It was prime material for spoofing. And Bret Maverick was just the man to throw the punchlines. 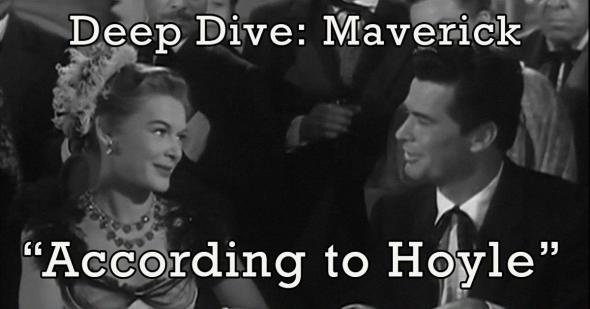 westerns
This episode of Maverick wasn’t quite as “authentic” as it wanted you to believe
Are you sure you want to delete this comment?
Close

F5Twitster 19 months ago
“Another running gag is Matt Dillon continuing to brag about his ownership stake in the Weeping Willow. ‘I own 37-and-a-half percent,’ he reminds the audience.”

ClaudiaGCotner 19 months ago
Growing up in the 50’s and the 60’s I never was a fan of Maverick. I enjoyed Cheyenne, Lawman, Rawhide, and Have Gun Will Travel-along with Gunsmoke and Bonanza.
Like Reply Delete

FrankCollins 19 months ago
This was one of the best episodes of the best western TV show ever made, Maverick. The scripts were very witty, far better than the average TV fare. The star, James Garner, was a great actor. The regular actors who appeared in many episodes were professionals who had fun with their roles, and the women who often appeared were great actors and exceptionally attractive, who mysteriously never were given any significant movie roles.
Like (2) Reply Delete

Nokie 20 months ago
When will “Gun-Shy air again? I just missed it!
Like Reply Delete

LisaMarieParker1 Nokie 19 months ago
You haven't missed it yet as the episode will be showed tomorrow October 3, 2020 at 10 a.m.
Like Reply Delete

daDoctah 20 months ago
Johnny Carson once appeared as a guest comedian on The Steve Allen Show (years before he'd replace Steve as host of The Tonight Show). He did a sketch of a card game, playing all three roles, between Steve and the two shows that were on opposite him: Ed Sullivan and Maverick.
Like Reply Delete

stephaniestavropoulos 20 months ago
Reading about this spoof, reminds me of the one the Monkees did that aired during the second season: "Monkees In Texas." They also spoofed Bonanza. The Cartwrights are called the Cartwheels and the sons are named Mule and Little Moe [There was no spoof on Adam, because as most of you know, Pernell Roberts had already rode off into the sunset.] The Monkees do have a "connection" to Gunsmoke: During their last season, they were {and did do so,} scheduled to air opposite Gunsmoke.
Like (5) Reply Delete