"What is this, a situation tragedy?" 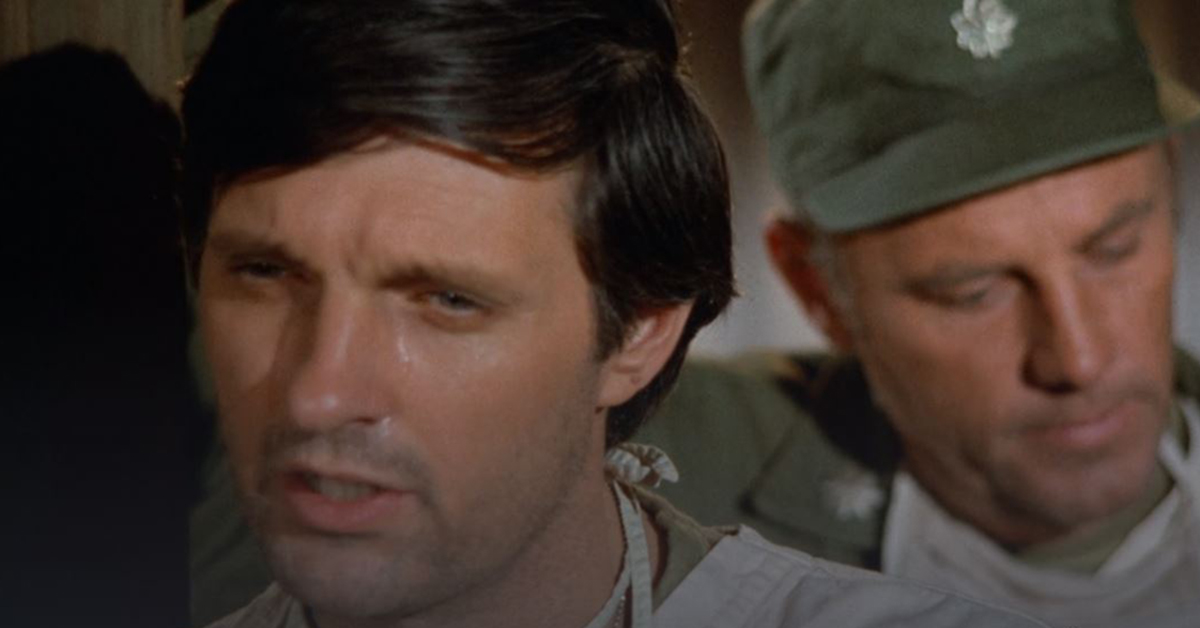 In the first season of M*A*S*H, one episode stands out to fans as perhaps the most dramatic. It's called "Sometimes You Hear the Bullet," and in it, Hawkeye struggles to save a childhood friend from dying on his table. It marked the first time anybody had actually died on the operating table, and according to series star Alan Alda in an interview with the Archive of American Television, the network head of programming at the time took one look at the script and asked, "What is this, a situation tragedy?"

No, Alda said in the interview, it was actually the first sign to M*A*S*H writers that the network would let them do whatever they wanted. So we watched the episode air and we watched Hawkeye lose his friend, shedding his first tear since arriving in the 4077th. In many ways, it's this scene where Hawkeye first cries that actually makes the episode touch so many in the audience, or at least that's how Alda figures it since he said in the interview that the episode gets played and re-played all the time specifically because of that scene.

You'd think it would be a point of pride for the talented actor, who collected Emmy after Emmy from the show, including for his performances in its first season, but at the very beginning of M*A*S*H, Alda claimed he didn't have the chops to really pull that scene off. For that reason, he really doesn't like when he encounters that particular episode of his hit series. Alda said, "I think that’s a show with a shot of me crying over the guy who’s dead, which I really don’t like. I don’t like my performance in it. I was forcing it. I mean, I wasn’t as good an actor at that point as I was later. And unfortunately they liked that shot of Hawkeye crying with a tear coming down his face and it gets played over and over again, and I would like to say now, for posterity, that I don’t care for that performance."

So next time you see this episode airing, you can have a little extra laugh in the middle of one of M*A*S*H's most difficult scenes, knowing that the actor playing Hawkeye doesn't buy the tear in his own eye. For the rest of us, the scene remains as emotionally charged as ever, more than 45 years after airing.

stusa 44 months ago
I consider it quite good for this particular scene. He is crying, but I also sense other emotion within the character: anger and frustration of senseless death/war/inhumanity, despair of a gifted surgeon who cannot save everyone. The depth of this scene and the fact that the emotion is not as common, makes me think of how the big picture of war misses the mark with the lack of humanity. All that planning... wasted on death and destruction rather than bonding and community.
Like Reply Delete

Pacificsun 44 months ago
"So next time you see this episode airing, you can have a little extra laugh in the middle of one of M*A*S*H's most difficult scenes, knowing that the actor playing Hawkeye doesn't buy the tear in his own eye."

That's a crazy thing to say in this article. Fans watching M*A*S*H aren't evaluating the actors' performances. They're reacting to the storyline which is the plot and its affect on the characters. It doesn't matter whether or not Alda believes in his performance. Actually a good actor is able to detach himself (meaning his opinion) from how the Fans perceive it.
Like (1) Reply Delete