Here's a history of this camouflage can of 4077th brew. 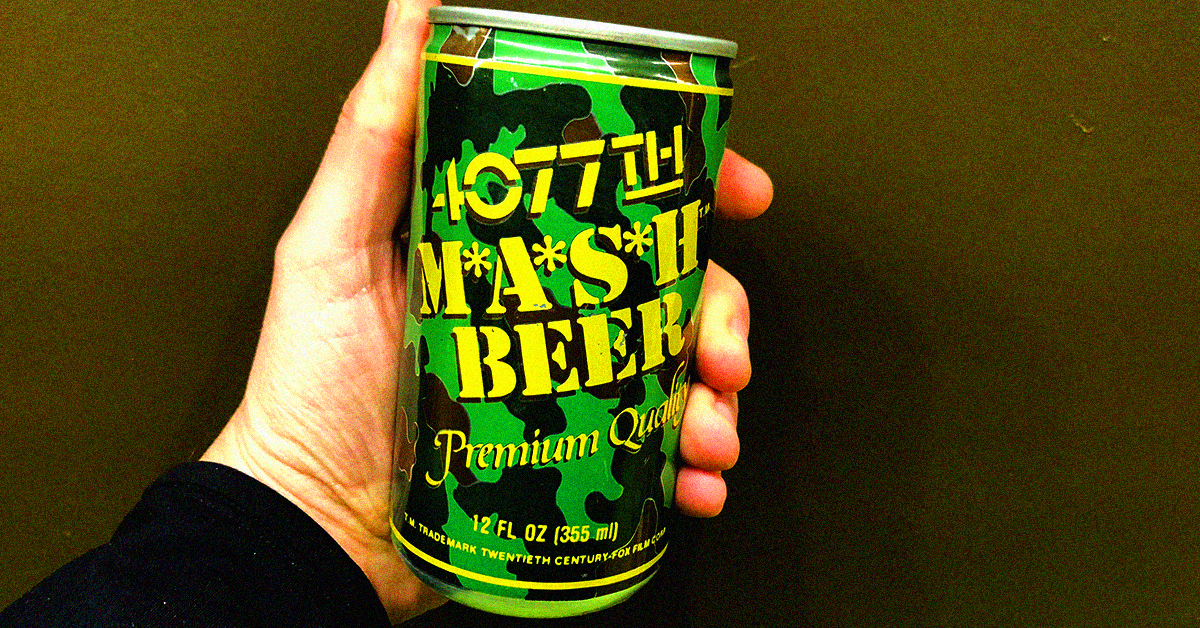 Somehow, it was not Cheers. When you think 1980s television and brewskis, your mind immediately goes… where everybody knows your name. Sam Malone's bar was all about beer. Norm and Cliff typically had a sudsy mug in their hand in each episode.

But in the mid-1980s a camouflaged can turned up in beer aisles branded 4077th M*A*S*H Beer. "Premium Quality," of course. The popular sitcom, while most associated with the 1970s, aired until February 1983, when its finale raked in an astonished 125 million viewers. While the show took place in the 4077th Mobile Army Surgical Hospital during the Korean War, alcohol did play a larger part than mere sanitization.

Hawkeye, Trapper and B.J. were all seen tinkering with a homemade distillery in the Swamp, their tent quarters. Moonshine might have made more sense as a product tie-in, but it does not quite have the market share of beer. That being said, there was a bar in the Officer's Club, not to mention Rosie's Bar, the popular off-base watering hole to serve those serving in the 4077th. 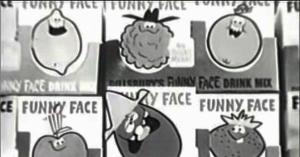 Anyway, for whatever reason, the M*A*S*H Beer existed, and a full can ended up in our hands recently. We were curious about the origins of this adult merchandising. The side of the can lists a brewery, the James Hanley Co. in Fort Wayne, Indiana. It's a bit of a ruse. The original James Hanley Co. operated in Rhode Island between 1934–57. Hey, they were pumping out beer during the Korean War, at least.

The true business behind 4077th M*A*S*H Beer was Falstaff Brewing Corporation. The former industry giant, based in St. Louis, had swallowed several other smaller breweries, including the the Berghoff Brewing Company of Fort Wayne, Indiana, and the the Narragansett Brewing Company of Rhode Island.

Novelty beer was quite the rage back then, long before the era of microbreweries. There was Billy Beer, the official drink of good ol' Billy Carter, older brother of President Jimmy Carter. A few years later, there was World's Fair Beer, which recently had a 35th anniversary comeback. M*A*S*H was not the only television series with a novelty beer, either. Dallas had its own JR Beer — as in "Who shot J.R.?" — labeled "J.R. Ewing's Private Stock" on a blue ribbon. There was even a quote from the fictional character on the can: "If you have to ask how much my beer costs, you probably can't afford it." That was pumped out by the Pearl Brewing Co. in Texas.

These days, any beer bottle with a TV reference is likely to be just that — a mere reference. The M*A*S*H Beer can featured a trademark of the Twentieth Century Fox Film Corp. Don't bet on Disney bringing that back.