Who needed Darth Vader or Skeletor when you could have Father Mulcahy? 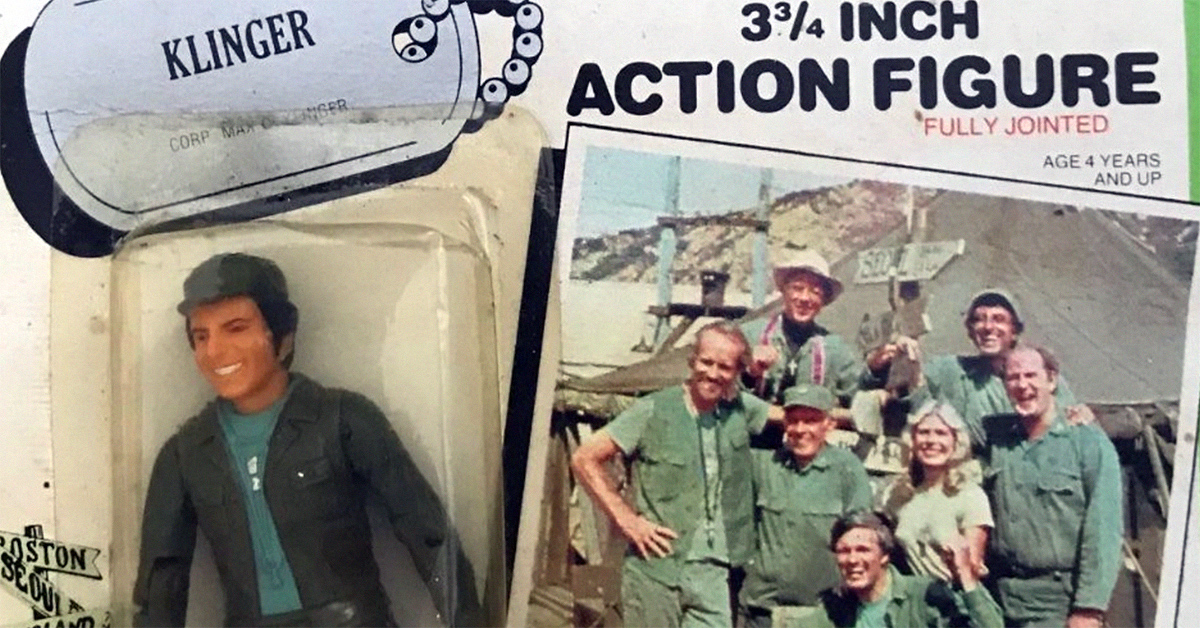 The action figure industry boomed in the early 1980s. For years, toy manufacturers looked to Hollywood for ideas, cranking out plastic figures based on licenses like Star Trek and Happy Days. But then companies like Hasbro and Mattel decided to make the toys first, then create television shows around them. In 1982, both the Masters of the Universe and the G.I. Joe: A Real American Hero lines hit stores. Those were followed by the He-Man and the Masters of the Universe and G.I. Joe: A Real American Hero cartoons.

Meanwhile, Kenner was still selling boatloads of Star Wars figures. Kids were saving up five proofs of purchase to mail away for the exclusive Emperor action figure. All of these toy lines were on most-wanted lists come holiday time in 1982. 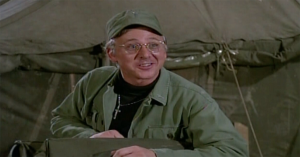 Of course, there were some action figures that were far less successful. And we're not talking about GoBots.

In 1982, Tristar International Ltd. launched a line of toys based on M*A*S*H, a hit television series entering its 11th and final season. The beloved Korean war dramedy was still a ratings juggernaut, ranking in the Top 10 with a 22 share. That being said, a line of toys a decade after the show's premiere felt a bit late.

But that is perhaps overlooking the truly puzzling element of this product launch. A better question is, what 8-year-old was hankering to play pretend war surgery with a David Ogden Stiers action figure? Remember, back then, action figures were meant for young children, unlike the collector's market of today. They were advertised during cartoons, not primetime. M*A*S*H was a sophisticated, smart adult show. Yes, it was hilarious, but Hawkeye was hardly Inspector Gadget.

Nevertheless, Tristar cranked out a set of eight M*A*S*H action figures, including Hawkeye, Col. Potter, B.J., Winchester, Father Mulcahy, Hot Lips and two Klingers. You could get Klinger either in uniform or in a pink women's petticoat. Alas, Radar did not get an action figure. Probably because Gary Burghoff left the series in 1979.

There was even a "4077th Medical Unit Jeep with G.I. Action Figure." We're guessing his name was not "Joe."

Let's take a look at some of these figures. 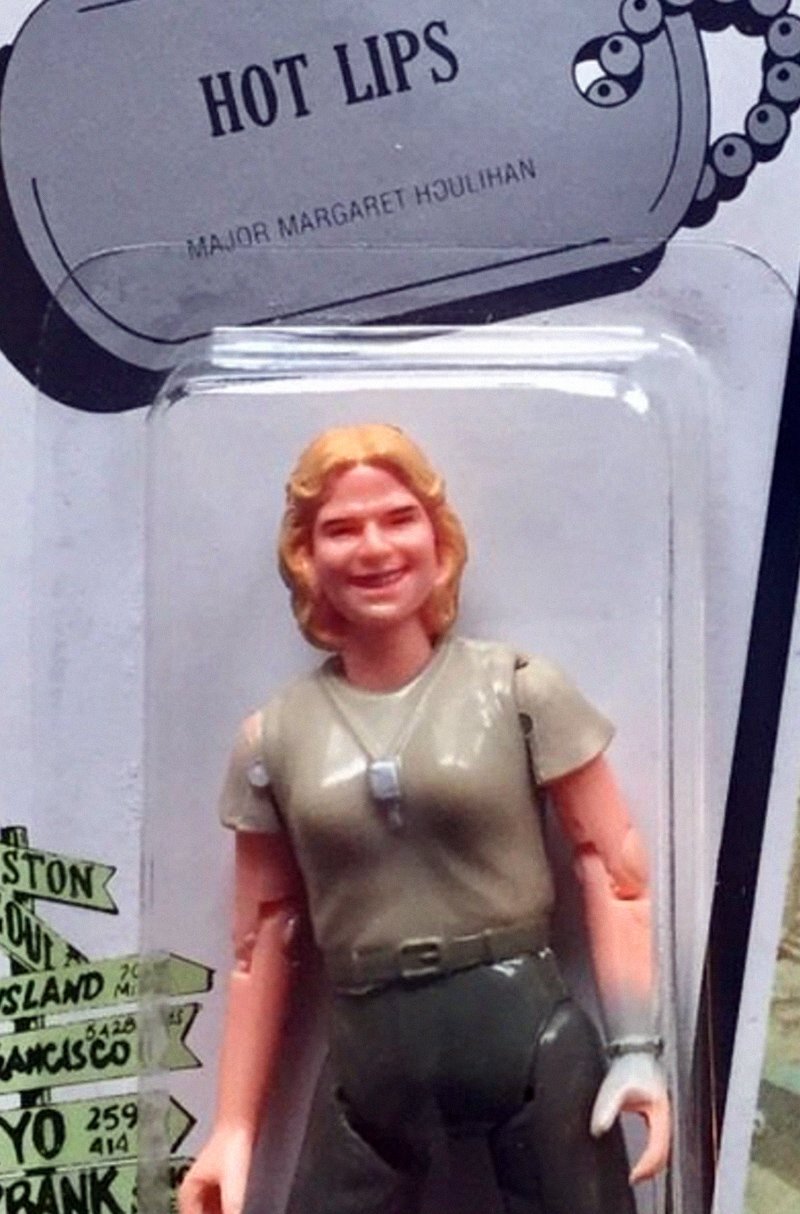 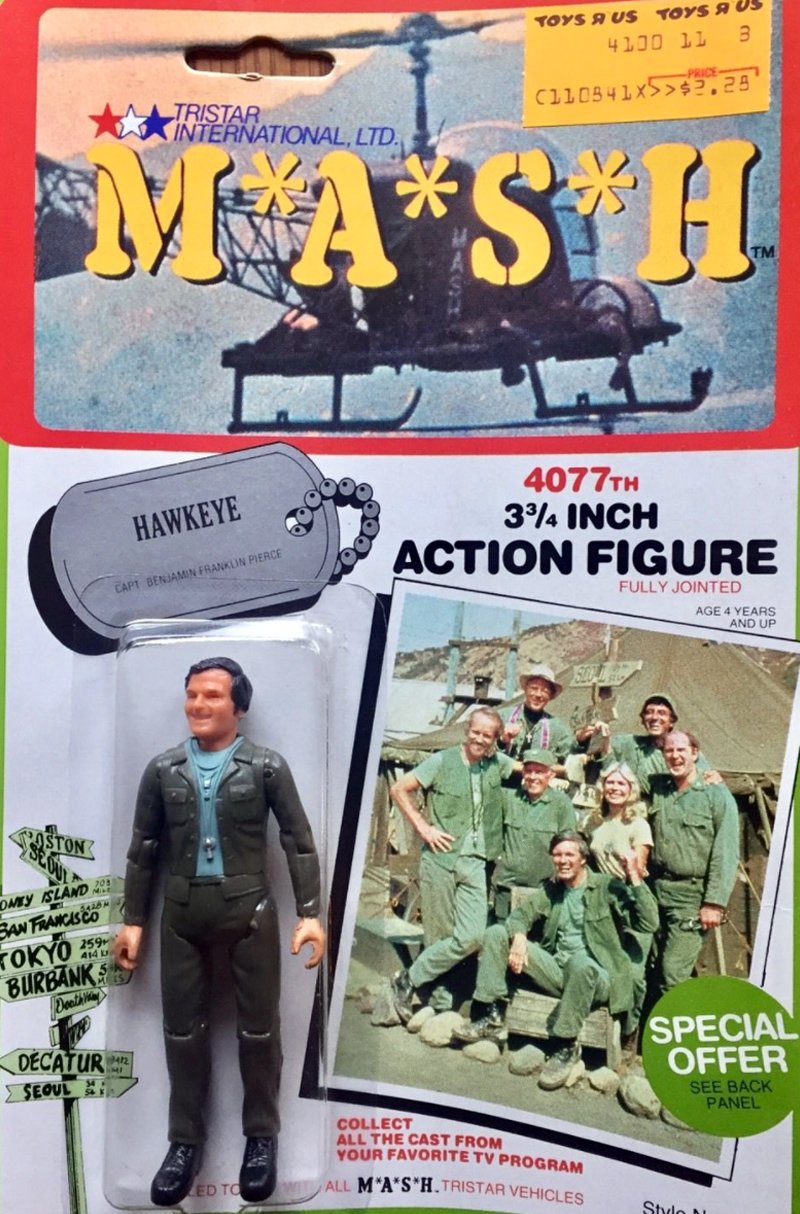 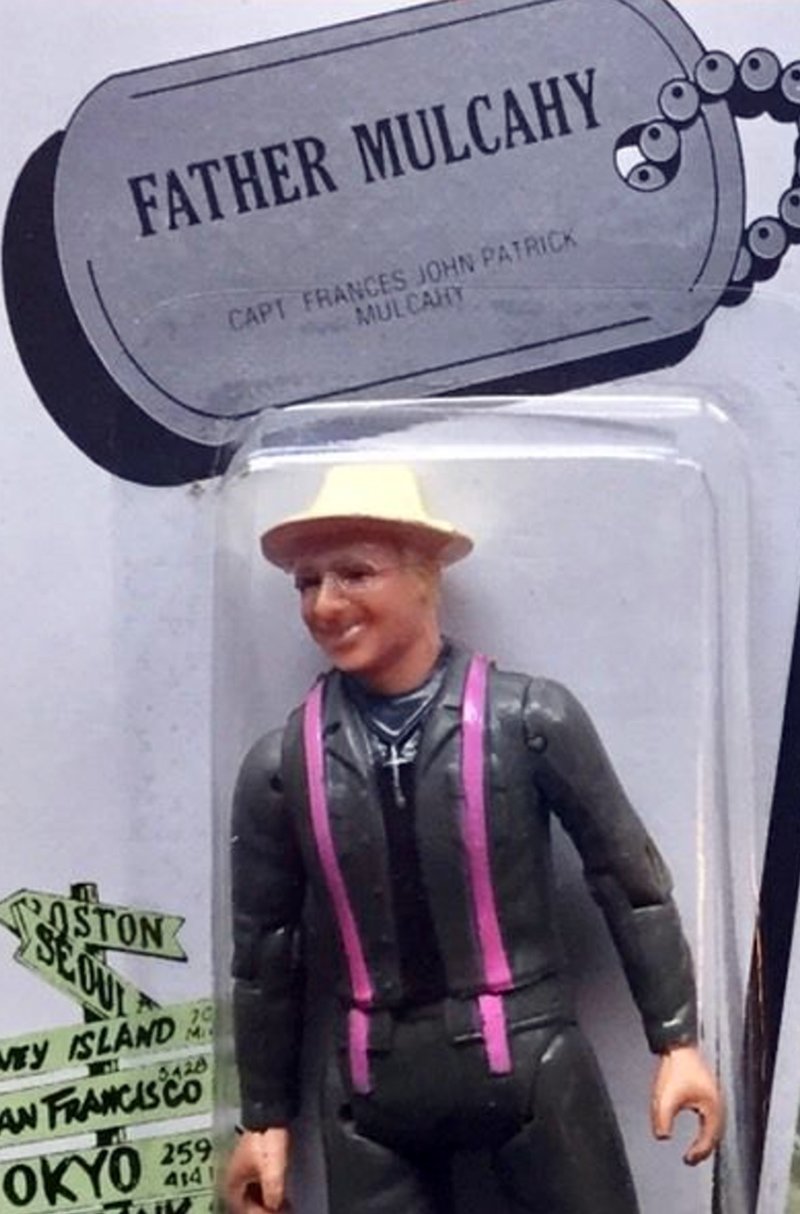 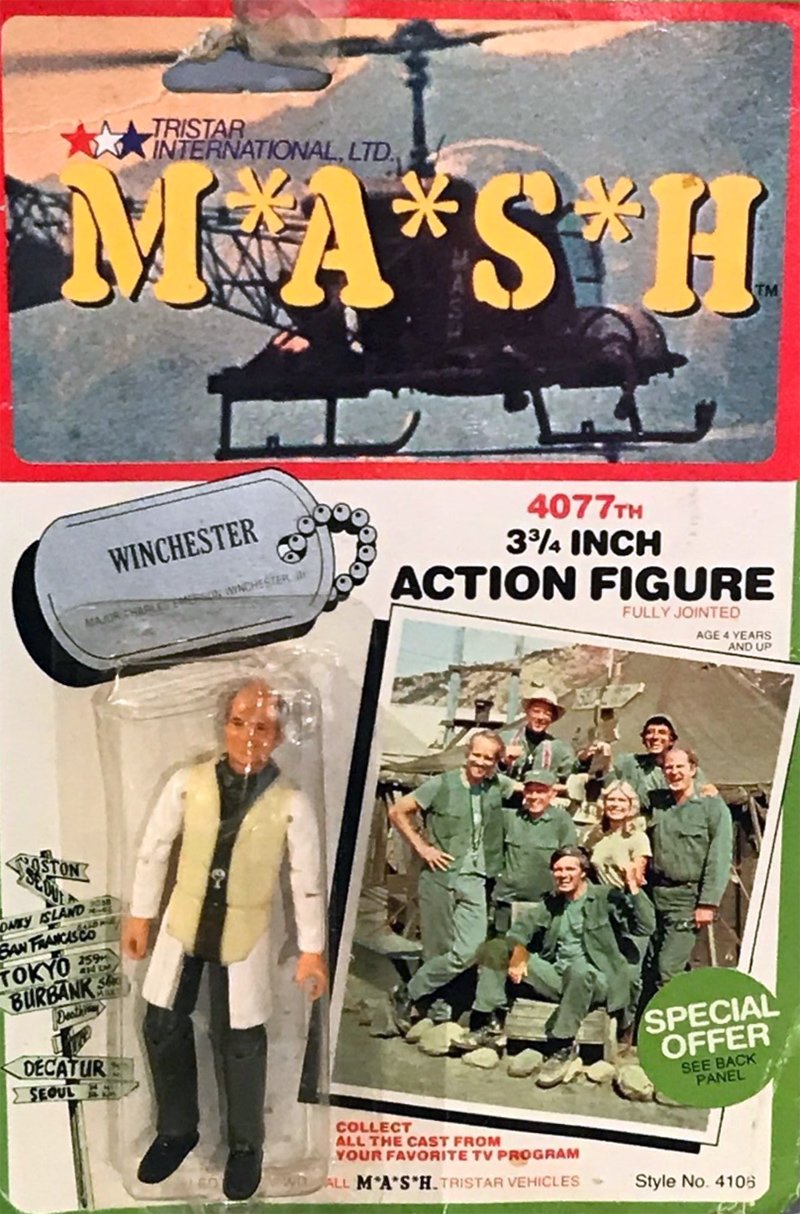 Did you ever come across these in stores?

JohnDRipper 25 months ago
The only MASH collectible I recall was the MASH Vodka, that was the IV bottle and drip tube, like the one in "The Swamp" tent. I wanted to buy it, but I recall it sold for something like $50-75, which was (then) an astronomical price.
Like Reply Delete

HerbF 25 months ago
These were great action figures - besides a Jeep, they did a helicopter and a 4077 playset with several building including the swamp! :)
Like (1) Reply Delete