Arnaz met with Cate Blanchett to discuss the biopic. 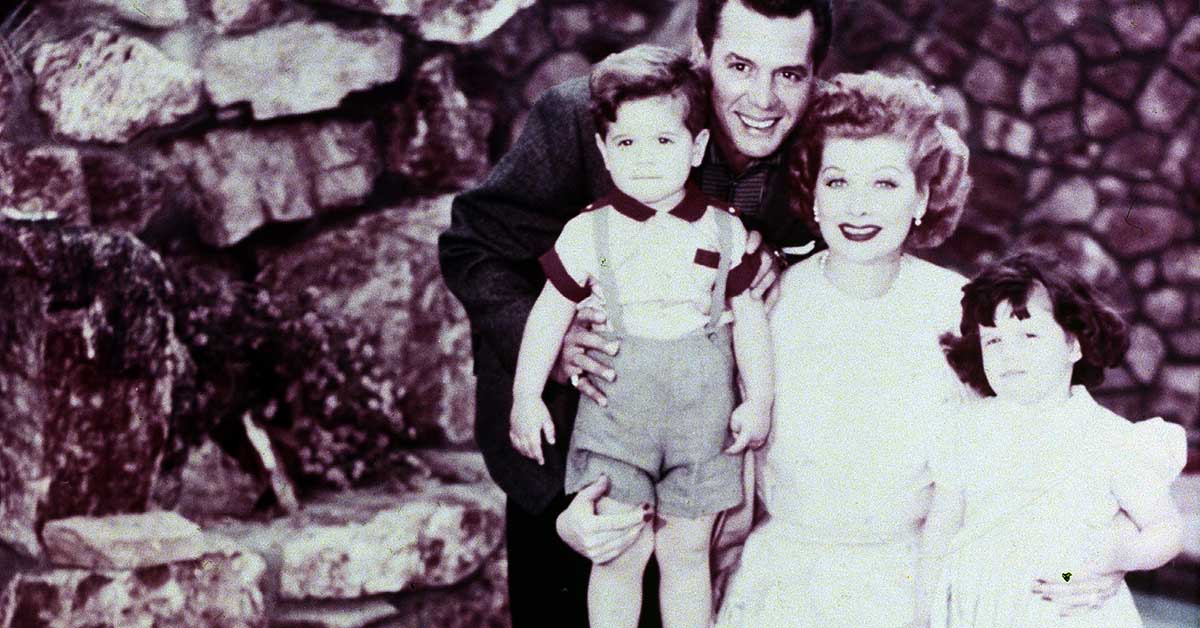 The careers of Desi Arnaz, Jr., and Lucie Arnaz are testaments to the talent of their parents, not just as performers but as parents. Desi Jr. recorded a couple wonderful pop singles in the 1960s as a member of Dino, Desi & Billy (a group that also happened to feature Dean Martin's kid). Lucie, meanwhile, got her start as a performer alongside her mom in sitcoms. After a handful of appearances on The Lucy Show, Lucie graduated to a regular role on Here's Lucy, trading lines with Lucille Ball for 117 episodes.

From there, Lucie Arnaz starred in TV movies and landed guest spots on other popular shows. In 1985, headlined her own sitcom, The Lucie Arnaz Show. Lately, however, flexing the genes her dad passed along, Arnaz been expressing herself as a musician. Arnaz has just released a new album, Lucie, Live! At Feinstein's at the Nikko, and in recent years, she has been exploring her Latina roots.

"I don’t speak very good Spanish,” she told The Desert Sun in a new interview. "But, when I started singing the music, I was able to accept more of my Latin-ness. I’m still trying to earn my stripes. It’s not what I grew up listening to. (But,) when the music starts, I remember who I am." 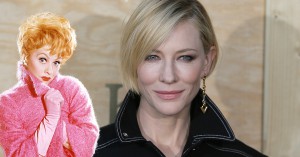 Elsewhere in the interview, Arnaz opened up about her parents' relationship and shares details about the upcoming movie starring Cate Blanchett as Lucille Ball.

When Blanchett was being cast in the role, Arnaz met up with the actress in New York to pick her brain.

"Her first instinct was not about the comedy," Lucie explained to The Desert Sun. "It wasn’t about trying to do (classic sketches like) Vitameatavegamin or the Chocolate Factory. It was, 'It must have been holy hell to try to keep a marriage together and a family and have the kind of success she had.'" Arnaz was sold on Blanchett right then and there. "That’s all I needed to hear," she said.

Esteemer screenwriter Aaron Sorkin is putting together the script for the biopic, which was acquired by Amazon last year, after a couple years in development.

The Desert Sun had a long, revealing chat with Arnaz. It's worth a read, as she delves into both spirituality and Hollywood.

We were particularly charmed by one anecdote. Lucie Arnaz explained how she would put on plays in the garage at home as a kid. Lucy was always there to offer support:

"My dad was almost never up there when we were doing those shows," Arnaz confessed. "It was probably always my mother. But, she didn’t give me input. I have no memory of her ever coming in and saying, 'Do it this way.' I only have memories of, 'Oh my God, that was great' and 'Let’s invite people to see it.' It was always extremely encouraging, like 'Keep on doing what you’re doing.' I love that. Most parents don’t do that for their kids."

There is still no release date for the Lucy and Desi film, nor has the role of Desi been cast. But it has the thumbs up from Lucie Arnaz, and that's good enough for us.