You're flipping through the TV listings in October 1981 and come across this:

M*A*S*H’s Hot Lips, Loretta Swit, turns New York flatfoot in this comedy-mystery about two lady cops who have equal trouble finding good bed-mates and stolen diamonds. Tyne (The Enforcer) Daly co-stars. If this TV movie arrests the audience, Swit may be drafted into a new series.

Huh. Swit in a buddy cop movie. Sounds perfect. After all, she showed her knack for playing characters with authority and wit. At the time, M*A*S*H was entering its tenth season — and was still rated as one of the Top 10 most-watched shows on television. Swit was one of the few cast members left who had been around since the very beginning, along with Alan Alda, Jamie Farr and William Christopher. Gary Burghoff had left the 4077th a couple of years prior. Would Swit be the next to ship out? Would this TV movie be a hit?

Well, that TV movie was called Cagney & Lacey. Yes, it was a hit. It launched a popular police procedural that lasted seven seasons. 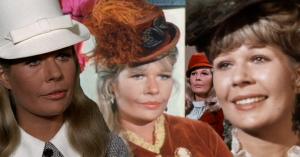 As you might recall, Loretta Swit was not in the role of Christine Cagney for that run. Sharon Gless is best known for the role — and she was the third actor to fill the part. Between Swit and Gless, Meg Foster portrayed Cagney for six episodes, until the network deemed her too macho and gave her the boot.

So why did Swit not get the role? You can go ahead and blame the network for that one, too. Swit wanted the gig.

"If I had been allowed to leave [M*A*S*H] I would have done Cagney because I loved the character," Swit admitted in an interview with the Television Academy Foundation. "It was another strong woman and I thought the audience really liked seeing me in uniform."

Swit had input into the script, too, and dove into the research for the role. She came up with some of Cagney's backstory and contributed to one of her big action scenes. Dick O'Neill, who would play the character's dad on the series, thanked Swit for his job. She was the one who had sketched out the father-daughter relationship.

But it was not to be. Swit could not get our of her M*A*S*H contract.

Not that we're complaining too much. Swit would have some beautiful moments in the later episodes of M*A*S*H. She has the idea to put together the time capsule in "As Time Goes By." She makes peace and earns the respect of Winchester in the tear-jerking series finale. She appeared in an episode with guest star Dennis Holahan, who played a Swedish U.N. delegate. The two actors later married. Yep, "Houlihan" married Holahan.

Swit would have been great as Cagney, but we hate to think of M*A*S*H without those moments. 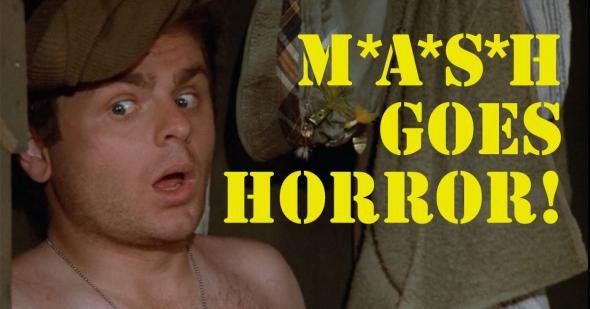 Halloweenquiz1970s1980s
Can you spot the M*A*S*H actors in these horror movies?
Are you sure you want to delete this comment?
Close

JimB 39 months ago
After reading this article, I heard someone say, (Not sure who said it) that Loretta didn't, not couldn't leave M*A*S*H because she feared that Cagney and Lacy wouldn't last that long, so she decided to stay where she was. I think this was said in an interview during the 10th anniversary of the finale, Goodbye, Farewell, and Amen.

legion1a 42 months ago
You scumbag!
You don't miss an opportunity to post your ads for free, where they are not welcome!
I hope you get exactly what you deserve!
Like Reply Delete

UTZAAKE 42 months ago
"...Meg Foster portrayed Cagney for six episodes, until the network deemed her too macho and gave her the boot." Meg Foster too macho? All I know is that she had one of the most hypnotic pairs of eyes I've ever seen. https://celebritypictures.wiki/images/0002033/0002033_2.jpeg
Like (2) Reply Delete

daDoctah UTZAAKE 42 months ago
You say hypnotic, some say creepy. Meg Foster was mentioned by a friend of mine when we were talking about how there was something a little scary about Kirstie Alley's eyes.
Like (2) Reply Delete