Now this is what we call greaser music. 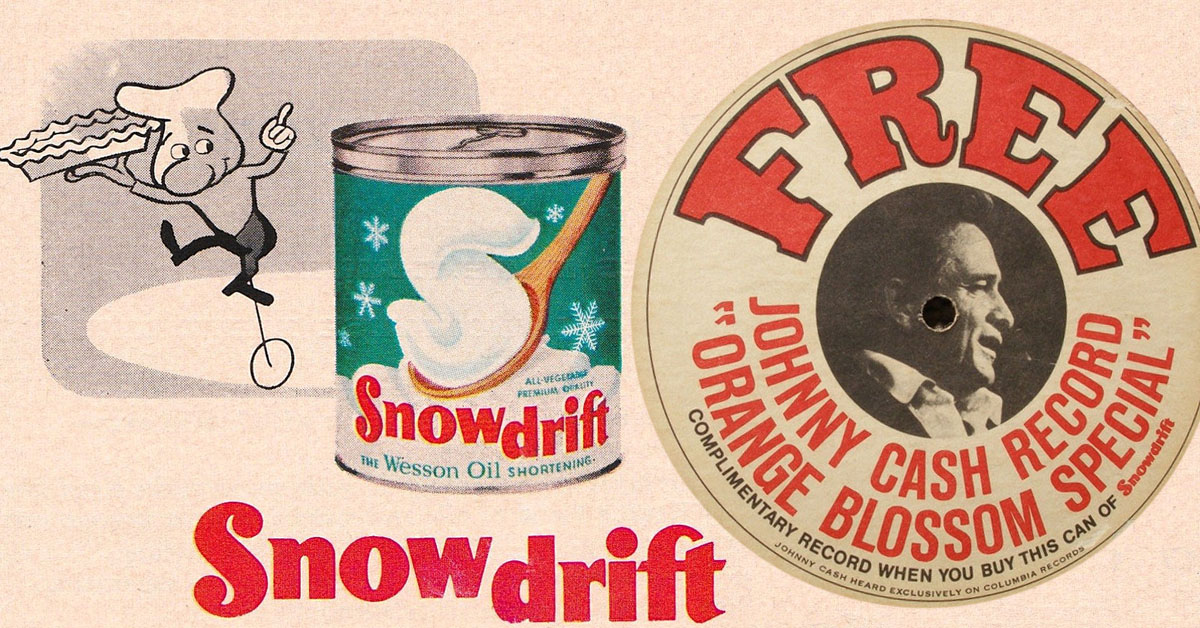 Vinyl may have made a comeback, but Crisco is not pressing records into the tops of their tubs. There was a time when that might not seem so strange. In the 1960s, music recordings could be found in unlikely places. The Archies, The Jackson 6, The Monkees and Bobby Sherman all released singles on the backs of cereal boxes. What better place for "Sugar Sugar" than a package of Super Sugar Crisp? There were those thin, flimsy flexis stapled into magazines, the ones you would have to put a coin on to even get them to spin on the turntable.

The website Stereogum published a fascinating brief history of records packaged with food this week. One in particular took our attention.

Were you aware that Johnny Cash released a single on the top of a can of vegetable shortening in 1965?

Snowdrift, a brand of shortening sold by Wesson, offered up the Man in Black's latest ditty, "Orange Blossom Special," under the lids of its cans. This was a bona fide 33 1/3 vinyl record, custom cut to fit the packaging. It was single sided, presumably because the B-side might get a little greasy?

"Orange Blossom Special" plus some shortening — sounds like you're halfway to a recipe for citrusy biscuits. It's a great tune, enough to make you shout, "Good lard!"

What's the weirdest place you ever found a promotional record?

seengodinyou 24 months ago
The Jackson 6? Who the Hell were they? Lol....
Like Reply Delete