America’s #1 Classic Television Network
Find your local MeTV station
Where to watch
See when your favorite shows are on
See schedule
Personalize MeTV.com to follow your favorite shows
Free sign-up
Shop your favorite shows in the MeTV Store
Shop Now
Home / Stories / Jodie Foster became a ''young Bette Davis'' after struggling to compete with The Waltons
Did you know?

John-Boy was just too much competition for the future Oscar winner. 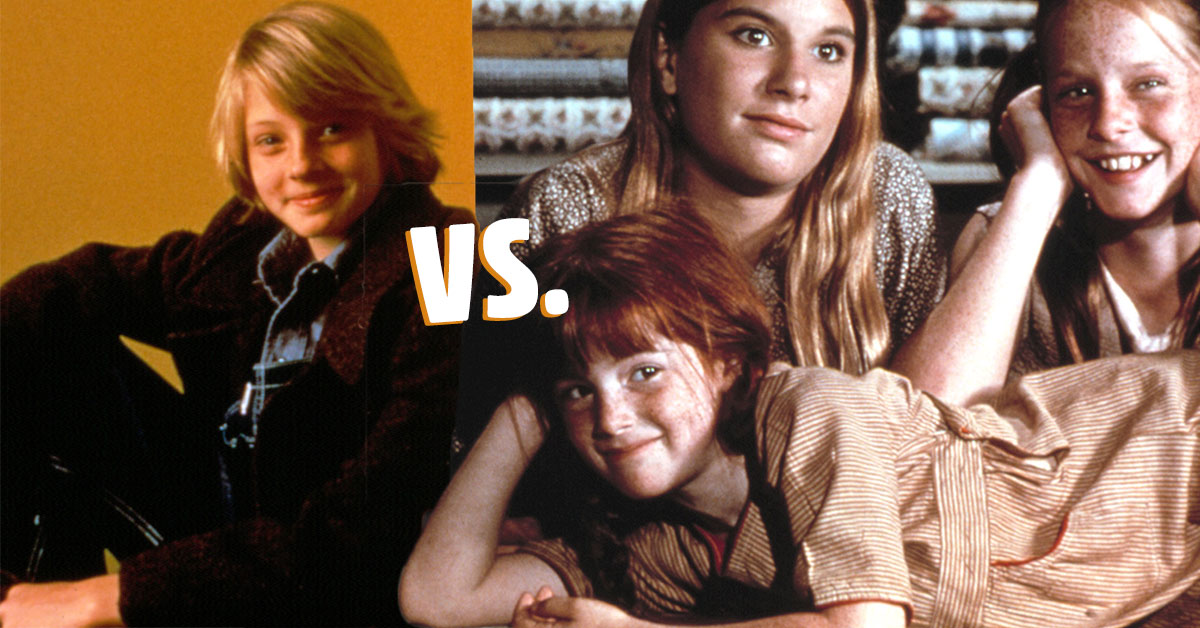 When Jodie Foster was growing up, her big brother Buddy was the family breadwinner, a child star who earned $25,000 starring in commercials and TV shows. But by the time Jodie was three years old, she was already tagging along to auditions, and soon snagging roles out from under her brother.

The first time it happened, Jodie got cast in a Coppertone commercial, and the sun has been shining on the bright star ever since.

Born in 1962, Jodie was acting by 1965 and transitioned from commercials to TV work by 1968, again by following after her brother Buddy, who was a star on Mayberry, R.F.D. On that Mayberry spin-off, Jodie made a few appearances, leading to high-profile roles in Disney TV productions, recurring roles on family shows like My Three Sons, and magnetic parts in TV dramas like Adam-12, Gunsmoke and Bonanza.

Then, in 1974, Jodie was cast as a lead in a TV series called Paper Moon. On that show — which was a spin-off from a 1973 movie adapted from a 1971 novel — she played a young girl traveling the roads of America during the Great Depression, alongside a con artist Bible salesman as her companion. 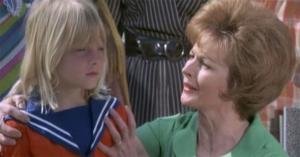 Did you know?
Jodie Foster made one of her earliest screen appearances on Adam-12

Stepping into this TV role could not have been a bolder move for young Jodie.

In the movie version of Paper Moon, Tatum O'Neal originated the role that Jodie took on. Not only did Tatum have the advantage of playing across from her real father in the movie, but she did such an incredible job nailing the performance that she became the youngest winner in a competitive category in Oscar history when she snagged the award for Best Supporting Actress.

However, Paper Moon the TV show was not as big a success, and it was no fault of Jodie Foster's. Only 13 episodes aired in 1974 before the show was canceled, and according to Jodie's mom, Brandy Foster, it was because The Waltons was just too popular to compete with.

"Eventually she went to Paramount for the Paper Moon series, but the show was slotted against The Waltons and failed," Brandy told The Sacramento Bee in 1976. "It was then I decided that unless it was something exceptional, Jodie would do no more TV, just feature film parts. And that's what she's been doing."

Of course, what seemed like a failure led young Jodie to an even bigger spotlight, as her mother intended. Soon, she was the family breadwinner, becoming the "hottest child star" in the family and earning $100,000 per feature film role in movies like Bugsy Malone, Freaky Friday, and her critically acclaimed dramatic appearance in Taxi Driver.

After earning an Oscar nomination for Taxi Driver, Jodie became known to Hollywood casting directors as a "young Bette Davis."

By 1976, at 13 years old, Jodie told the Bee she no longer saw herself mentally as a child star.

"Intellectually, I'm an adult," she said. "But emotionally, I'm equal to my years."

That description sounds a lot like how fans of The Waltons might describe John-Boy, arguably Jodie's biggest competition before she turned away from the small screen to focus more on big-screen roles.

It was clearly the wisest move she could've made.

Although Paper Moon had promise, The Waltons won its first Emmy for Outstanding Drama the year before Jodie's show premiered. Not only was she up against the most popular family drama at that time, but everybody knows The Waltons only got better with time. She needed a different time slot or a different path to stardom. Her mom helped her choose the latter.

Paper Moon may have been doomed, but Jodie's got two Oscar statuettes that say the young star made it out of her network battle with The Waltons unscathed. 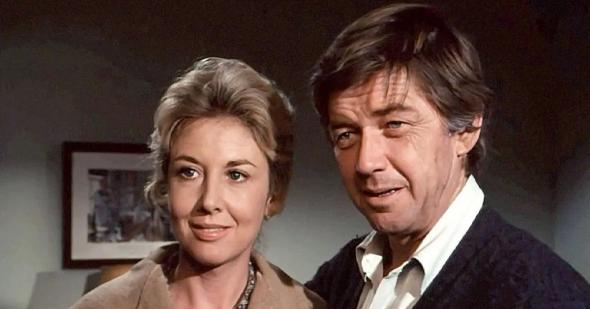 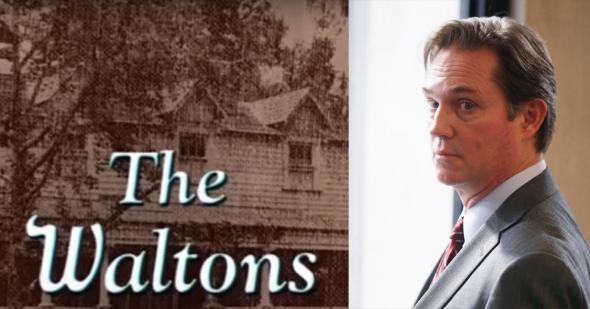 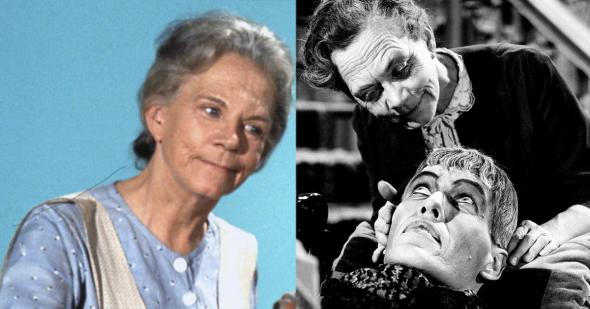 Before she became The Waltons Grandma, Ellen Corby appeared as Lurch's mom on The Addams Family
Are you sure you want to delete this comment?
Close

7 months ago
NOBODY can out-act Bette Davis! She was the Queen of Warner Brothers, and outlasted all the pretenders to the throne. From her earliest film, with George Arliss to "The Whales of August," she had no peer.
Like Reply Delete

teethclenched 7 months ago
1974 was a good year for ABC on Thursdays, although maybe not ratings-wise. PAPER MOON, THE TEXAS WHEELERS (with Jack Elam, Gary Busey and Mark Hamill) STREETS OF SAN FRANCISCO and the terrific (even though it was constantly f***** over by the suits) HARRY O. STREETS was a hit, HARRY O lasted two seasons, but the two comedies didn't last the season.
Like Reply Delete

UTZAAKE teethclenched 7 months ago
The Texas Wheelers originally aired on Fridays between The Six Million Dollar Man and Kolchak: The Night Stalker. https://en.wikipedia.org/wiki/1974%E2%80%9375_United_States_network_television_schedule
Like Reply Delete

7 months ago
I don't think he knew that, back then.
Like Reply Delete

LoveMETV22 7 months ago
i don't think he knew anything back then or now. One sick individual he was.
Like Reply Delete

DethBiz 7 months ago
Jodie was great in the Little Girl that Lives Down the Lane.
Like (1) Reply Delete

LoveMETV22 7 months ago
Interesting article. Liked her in The Silence of the Lambs, Contact, Panic Room and Flightplan. IMO she (or rather her mother) made a good choice. I don't see the comparison between her and Richard Thomas, (two different paths).
Like (1) Reply Delete

SheriHeffner 7 months ago
I remember watching her in Ghost Story, hosted by Sebastian Cabot. She was a little girl who was hearing impared but she could read her evil grandfathers mind.
Like (2) Reply Delete

UTZAAKE MrsPhilHarris 7 months ago
Didn't watch the series, but saw its ABC promos a lot.
Like Reply Delete

Andybandit 7 months ago
Cool story. I like Jodie Foster she is a good actress.
Like (2) Reply Delete

Michael 7 months ago
She was on The Partridge Family. Thiugh another instance of not noticing someone until later fame makes them noticeable in reruns.

PBS here ran an American Masters (I think a rerun) on Holly Near this weekend. And they did include foitage of when she was on the Partridge Family. Actually, it's loaded with guest stars.
Like Reply Delete

Michael daDoctah 7 months ago
I watched it when it was new, but only watching reruns 20 years ago did I really notice so many.

I liked the episode with Richard Pryor butit was just an episode. Later it's not just him but Louis Gossett Jr.

Farah Fawcett appears, but so does Harry Morgan, in the same episode.

Michael Lembeck with his father Harvey, from all those Beach Party movies.

Stusrt Margolin and Rob Reiner play "Snake", an episode each.