Where To Watch Shop Store Contact
Home / Stories / Hope Summers went from being Aunt Bee's best friend to the voice of Mrs. Butterworth

Hope Summers went from being Aunt Bee's best friend to the voice of Mrs. Butterworth

From prize pickles to pancake syrup. 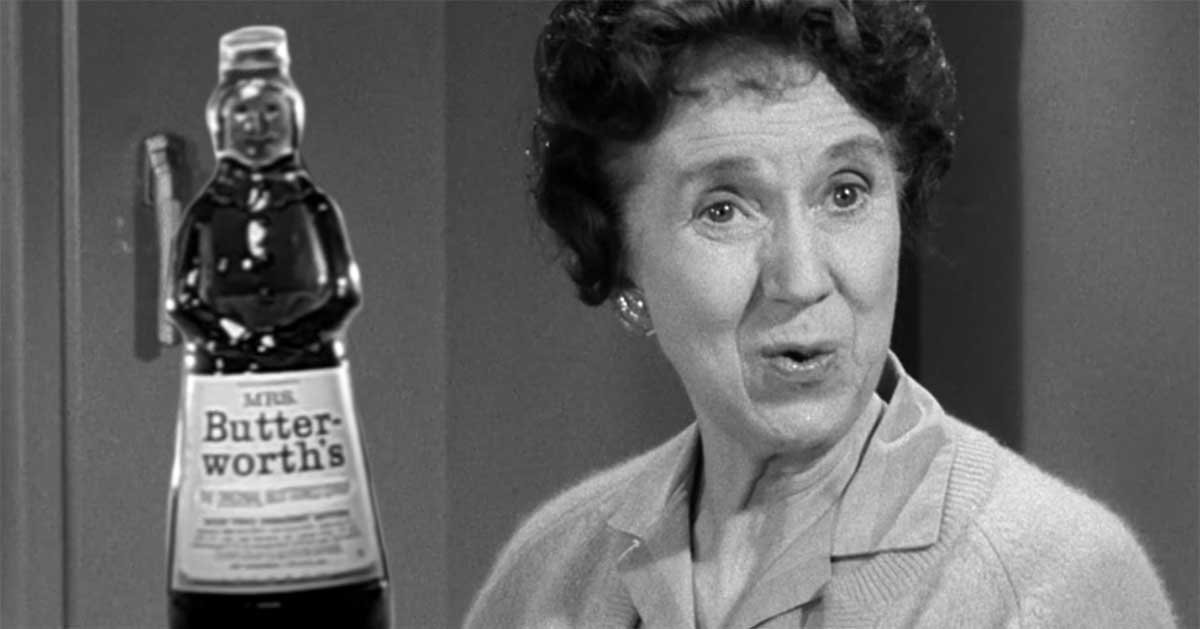 Clara Edwards is an unheralded Mayberry citizen. Her homemade pickles won first place at the fair for years on end, and yet the character goes overlooked. Consider that Clara appeared in more episodes (31) of The Andy Griffith Show than Gomer Pyle (23) — not to mention Emmett Clark (16) and Ernest T. Bass (a mere 5). Wearing her floral prints and pillbox hats, Clara taught piano, played the organ in church, and was known to belt out a tune here and there. Not to mention the fact that Clara was Aunt Bee's B.F.F. So we should sing her praises more often.

Veteran Westerns actress Hope Summers, perhaps best known for her small recurring role as Hattie Denton on The Rifleman, portrayed Clara Edwards in all eight seasons of The Andy Griffith Show (not to mention some episodes of Mayberry R.F.D.). Born in Illinois, Summers studied speech at Northwestern University. For a time, in her teenage days, Summers lived in Washington State, where her father was a U.S. Congressman. (She attended Walla Walla High, the same high school as Adam West, albeit a decade before his birth.) 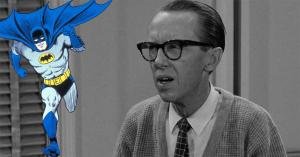 Early in her professional career, she taught speech at the university level in her home state, as well. Perhaps that degree and experience in the field of speech were what gave Summers such a distinctive voice.

Summer made her debut on The Andy Griffith Show in 1961, late in the show's first season. Meanwhile, that same year, a new brand of pancake syrup hit grocery store shelves. The glass bottle took the shape of a motherly woman wearing an apron. The early commercials boasted that the brand used "three tons of butter each week" to make the syrup.

Of course, we're talking about Mrs. Butterworth, an icon of the American breakfast. In those original ads, the bottle did not speak. The animated syrup bottle you know and love was a later invention. And who better to bring this sweet bottle to life than the warm, well-spoken voice of Hope Summers?

Summers would become the first voice of Mrs. Butterworth, heard here in a 1970s commercial featuring Kim Fields, who would later become Tootie on The Facts of Life.

She was perfectly suited for the role. That being said, we would not recommend mixing pickles with pancake syrup.

bmurph 1 month ago
Dear God, that walking, talking bottle used to give me nightmares!
Like Reply Delete

Wiseguy 41 months ago
In the first season, she played Bertha Edwards. Starting with the second season she played Clara Johnson and then switched to Clara Edwards in 1965 (same character?). In one episode in 1965 she played Miss Bedloe.
Like Reply Delete

NostalgiaFan 43 months ago
Wasn't she Hazel's friend too or was that someone else?
Like Reply Delete

Bobbo 43 months ago
And was in a Satanic cult in Rosemary's Baby!
Like (3) Reply Delete

daDoctah 43 months ago
Did she also voice Mrs Butterworth in that Geico ad a few years back, where the "real person" who needed Geico's services needed a celebrity to make the commercial more interesting?
Like (1) Reply Delete

Kevin daDoctah 43 months ago
The spamming is getting out of control. I had to flag all the other accounts except for yours and another. Ridiculous. I scored 7/10 btw. : )
Like (2) Reply Delete

RickCuster daDoctah 43 months ago
Edie McClurg did her voice in that commercial.
Like Reply Delete