Here's who we think the top cops were on TV

You have the right to make your pick in our poll. 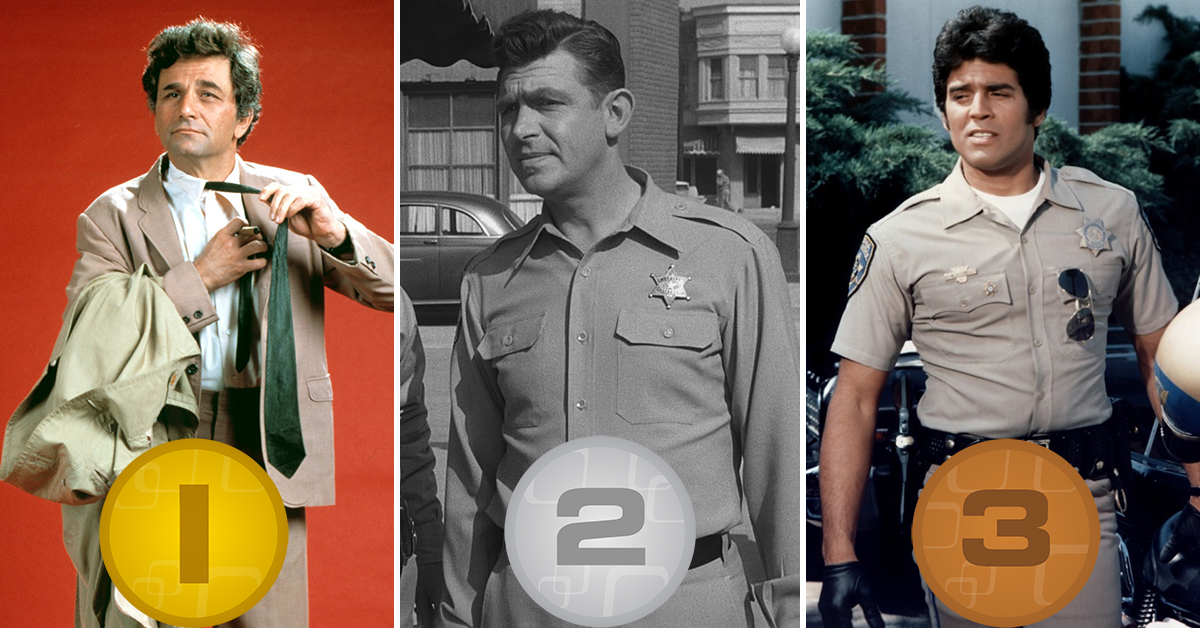 The police drama is one of the cornerstones of television programming. Concepts like Dragnet and Adam-12 evolved into gritty depictions like Hill Street Blue and NYPD Blue. Of course, there were comedies, too, such as Car 54, Where Are You? With such a variety of shows from which to choose, it was hard to rank TV's top cops.

But we did it, and here's what we think. You have the right to remain vocal, and choose your favorite in the quiz below! Or leave a comment, as we cut it off at ten. Who's your top cop?

Columbo is so iconic, he doesn't even need a first name to command a presence. (Although his name is never mentioned on the show, his badges and ID say "Frank," just in case you were wondering). Columbo places first because we can rely on him to solve murders and deliver results. He's happy being a homicide detective, and stayed on our television sets for 43 years. Among his colleagues, he's somewhat of a legend. And just one more thing... we think Mrs. Columbo would agree with this list, too.

See Also: Who was the best TV dog?

Not every officer on this list has to catch murderers and cold-blooded killers. Sometimes, the small-town sheriffs have the biggest impact on us. That's where Andy Taylor comes into play. He's not only a police officer, but a pillar of Mayberry. Andy doesn't rely on a huge department to get things done and keep order. Instead, he does the bulk of the police work himself (and never complains, might we add.) Plus, anyone who has to put up with Barney Fife deserves to rank high on this list.

See Also: Me Medals: Who's your favorite sitcom child?

Ponch edges out his colleague for third place because he's just so downright cool. (Sorry, Jon.) Before Ponch, police officers on TV were generally old men stuck at the precinct, clocking in and out. Then came Ponch on his motorcycle, patrolling the highways of Southern California in style. He got the hard work done and he had fun doing it. How dedicated was Ponch to his job? He tried every trend, including aerobics, roller-skating, disco and roller-disco. It also helps that Erik Estrada is still dedicated to the role, recently becoming a reserve poilce officer in the small town of St. Anthony, Idaho.