We settled this debate over a bowl of sugary cereal. 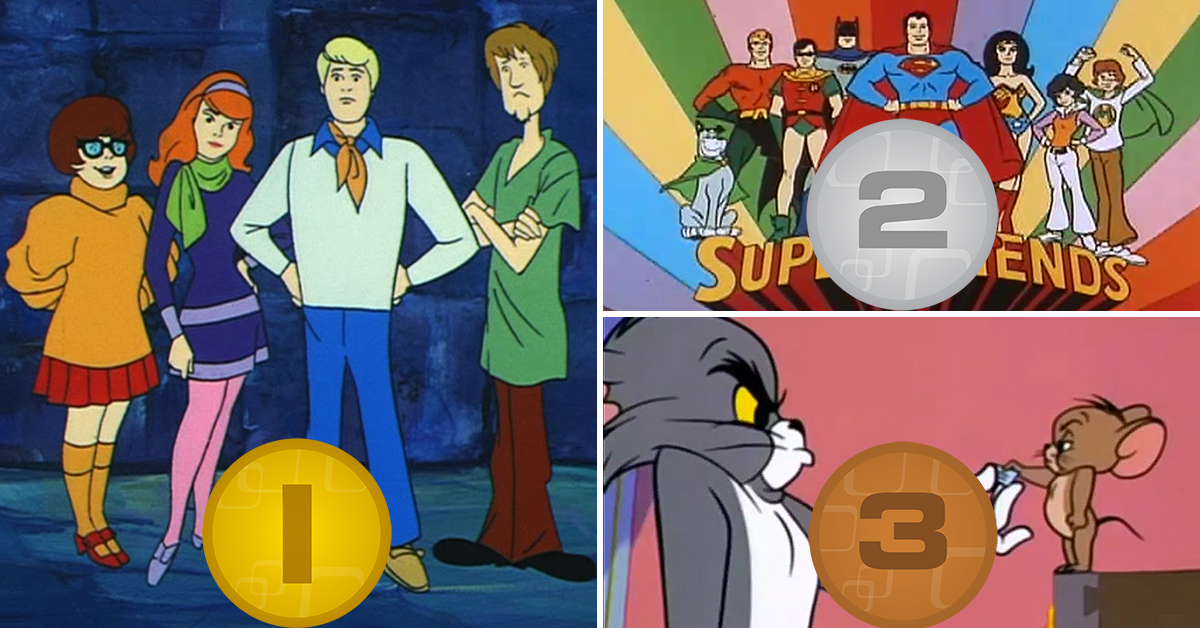 Growing up, Saturday mornings meant a big bowl of sugary cereal and hours upon hours of cartoons. We got to hang out with talking animals, mystery-solving teenagers, superheroes and characters from the past and the future. Every network had its own killer lineup, making it hard to choose which shows to watch.

With some year of perspective, it's our turn to choose our favorites. With so many contenders, it was hard to narrow it down to the ten best Saturday morning cartoons. These are our top picks. You can vote for yours in the poll below, and tell us what you think in the comments section!

It was a photo finish between the mystery solving gang and a team of superheroes, but Scooby-Doo, Where Are You! dove across the finish line to place first on this list. The show premiered in 1969 and became an instant classic of the 1970s. The characters were hip, the monsters were scary and the plotlines always kept us second-guessing who the real monsters were. Few cartoons have replicated the success of Scooby-Doo, with the series getting multiple spin-offs, revivals and two live-action movies. Not only that, but the success of the original Scooby-Doo helped foster some of Hanna-Barbera's most memorable programming of the '70s, including Josie and the Pussycats, The Amazing Chan and the Chan Clan and Inch High Private Eye, among many others. It's no mystery as to why we ranked this one as number one.

See Also: Me Medals: Who are the best castaways on 'Gilligan's Island'?

It might be hard for some people to accept the fact these superheroes lost out to some meddling kids, but it was a really close race! In a world where cartoons last one season and produce about a dozen episodes, Super Friends lasted an astounding 13 years under different variations. The show brought together everyone's favorite superheroes, Batman, Robin, Superman, Wonder Woman and Aquaman. Other heroes popped up here and there, making this an unbeatable team on Saturday mornings. But just to show Scooby-Doo's dominance in this field, Super Friends introduced Wonder Dog, who had no abilities other than he could talk.

See Also: Here's what we think the hottest homes were on TV

Tom and Jerry had broad appeal with kids and adults alike because the cartoon followed a simple concept that's as old as time. After decades of enjoying popularity through animated shorts, the duo was brought over to Saturday mornings by Hanna-Barbera in 1965 to solidify its greatness among a new generation of kids. Tom and Jerry may not be the flashiest cartoon, but it's reliability and simplicity places it in our top three. Here's to hoping they'll chase their way to number one.

**The Flintstones did not qualify for this event because it originally appeared in primetime.

ScoobyDoo169 20 months ago
I like totally agree that Scooby Doo Where are You is the groovyest cartoon ever man!!!😂
Like Reply Delete