Where To Watch Shop Store Contact
Home / Stories / Fishing bonded The Waltons creator Earl Hamner Jr. to his larger-than-life father
Did you know?

Hamner never forgot the fear he felt facing the loss of his dad. On their last fishing trip, his dad shared one last piece of advice. 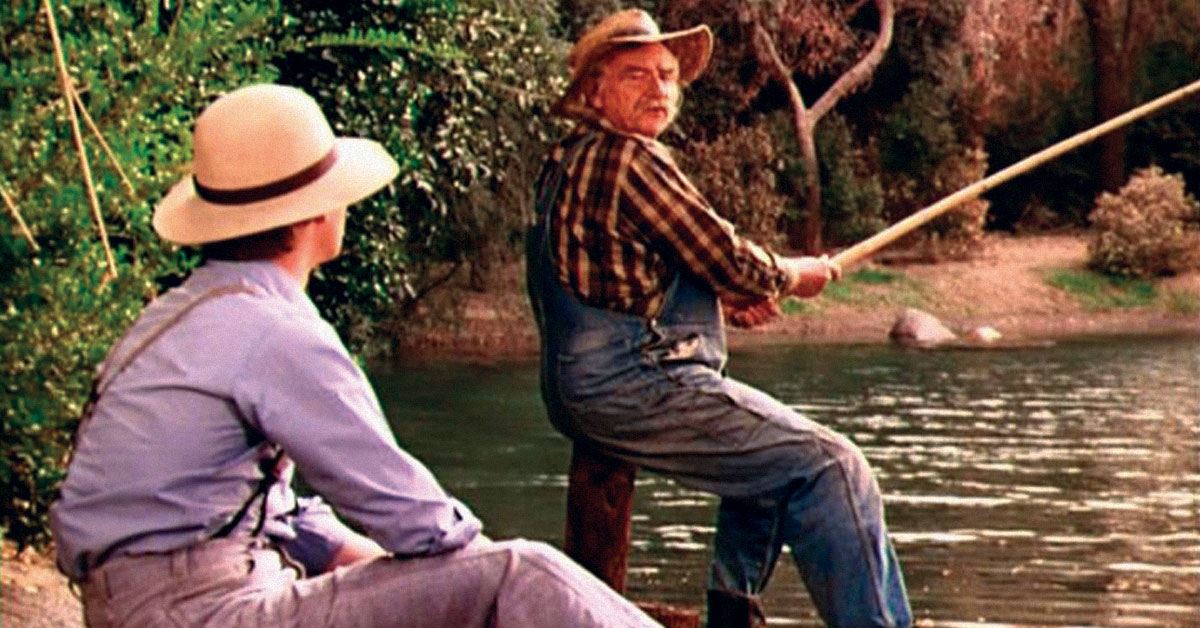 When Olivia Walton starts to feel herself slowing down and tiring out, the entire family is concerned.

In "The Parting," this leads the Walton mom to consult a doctor who diagnoses her with tuberculosis, a very serious and contagious disease spread through coughing.

Fans of The Waltons know that Olivia was TV's most diligent mother — just as ready to scold her kids as she was to soothe them, depending on that day's lessons. This made Olivia not just a security blanket for her children, but also their guiding star, someone who could always be depended upon to take the high road and show her kids how to do the same.

For The Waltons creator Earl Hamner Jr., it was a critical part of the show, capturing these difficult moments where the family had to contend with the real fears of potentially losing one another.

In his memoirs, though, it was not Hamner's mother whose health waned and who suddenly caused him fear. It was his father.

The famous TV writer didn’t always see eye to eye with his dad, Earl Sr., when he was growing up.

"My father and I had some reservations about each other: I was an odd child with a vivid imagination," Hamner explained in his 1999 memoir The Avocado Drive Zoo. "He found my imagination discomforting. It made him uneasy to see me pulling a small wooden wagon that to my mind was filled with eleven black and white English setter puppies."

But there was one thing that both father and son loved to do together, and that was fishing. This grounded their close bond despite their differences.

Hamner's dad had a secret spot where he liked to take his son, and Hamner recalled heading out as a young boy, helping his dad bait lines to catch bass and catfish.

It was during one of these trips that his dad gave him his first taste of beer.

Hamner wasn't crazy about the stuff his dad liked to drink, but he knew once his dad started sipping, there was a good chance his father would start telling some of his best stories from his early days as a fisherman and hunter. This was little Earl's favorite part of the fishing trip.

"We almost forgot about the fishing as he went on a storytelling binge," Hamner said. "One story followed another, stories of his exploits as a hunter and fisherman. He told stories of the poverty he had known as a boy, of a rattlesnake 'as big around as a lumberjack's leg' he had killed and of the mysteries that still lurked back in the mountains." 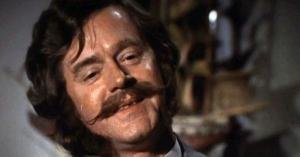 Later on, Hamner's dad would continue telling these stories for Hamner's son. However, by then Earl Jr. had figured out that some of grandpa's biggest tales might be whoppers.

"I knew he was boasting and showing off to endear himself to my son, and I loved him for that, but I suspected there wasn't a shred of truth in what he said," Hamner said.

As Hamner's show The Waltons proved, everybody's gotta grow up sometime. For Earl Jr., this meant seeing Earl Sr. not for the mythical stories he told, but for exactly who he was. The writer-creator then imbued those hard-edged qualities into some of his best characters, including Walton patriarch John.

"My father did live to see himself portrayed by Henry Fonda and Andy Duggan, but he did not live long enough to see Ralph Waite's memorable portrayal of him on The Waltons," Hamner said. Fonda portrayed the father in Spencer's Mountain (1963); Duggan played the role in The Homecoming: A Christmas Story (1971).

When Hamner's dad's health took a bad turn, his sudden shift in appearance caught Junior off-guard. In "The Parting," the Waltons creator gives the audience a sense of what he felt in that moment:

"My father was ill," Hamner said. "He had always seemed outsized to me, braver and stronger than any other man, invincible, larger than life. On this visit home, I was shocked that the man I remembered weighing 180 pounds had withered away to 110. The same devilish smile was there in the gaunt face, but for the first time I saw fear there, too, and felt fear myself, for soon after I arrived home he told me he did not have long to live."

On that visit, Earl and his dad did what they always did. They went fishing.

On that last trip, Earl's dad cracked a beer and gave him one last piece of advice: "Look every man straight in the eye."

Earl Hamner Jr. was certainly an expert at reading a man. In Hamner's career, he was celebrated for capturing the true grit of mountain folks like all the family members and townspeople of The Waltons.

Hamner spent perhaps the most time considering the kind of man his dad was, and how he could be the kind of son who helps his dad get everything he wants in the world.

In James E. Person's 2005 book Earl Hamner: From Walton's Mountain to Tomorrow: a Biography, Hamner explained how writing the novel Spencer's Mountain and working on The Waltons TV show helped him achieve his dad's greatest dream.

"One of these days," Hamner's dad would say, "I'm going to have enough money to buy us a mountain and I'm going to build a house on it. It's going to have ten rooms and a fireplace and a front porch where we can all sit and rest in the evening. I'll put up what they call a 'picture window' so we can see everything from a rainbow to a red bird flying over the Blue Ridge."

Although his dad never built the house, Earl Hamner Jr. made his dad's dream a reality by using the one tool his dad typically overlooked and even used to discount in Earl Jr.: his imagination.

"He did achieve his dream in another way," Hamner said. "He instilled enough confidence and security in me for me to become a writer and through my writing, he built Spencer's Mountain." 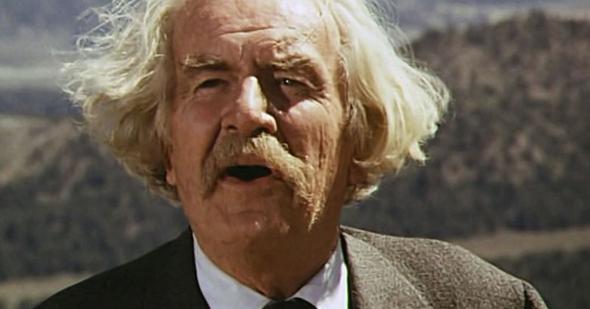 Did you know?
The Waltons' Grandpa Will Geer had a special connection with his own grandfather 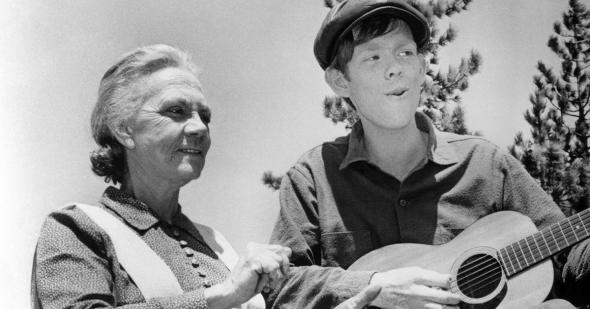 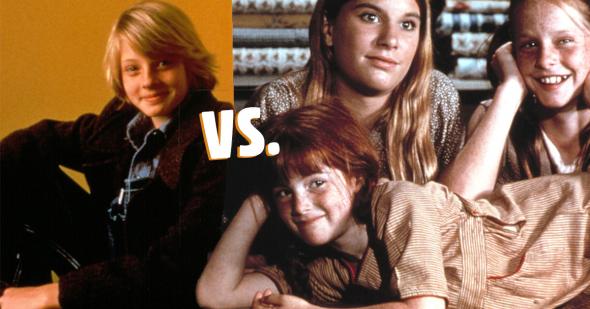 Did you know?
Jodie Foster became a ''young Bette Davis'' after struggling to compete with The Waltons
Are you sure you want to delete this comment?
Close

ELEANOR 15 months ago
I have read of many people who tried writing extraordinary novels which did not go anywhere. Then they wrote, like Earl Hamner wrote -- what they intimately knew and experienced, and their book would strike a chord and be read by everyone.
Like Reply Delete

lifodi8144 15 months ago
I made ten thousand dollar a month doing this and she convinced me to try. The potential with this is endless. Here’s what I’ve been doing more information visit this site… https://www.Usd.Works68.Com

Zip lifodi8144 13 months ago
Wow. Too bad Earl Hamner Sr. didn't have this information back then. He could have had the money to buy that big house on the mountain if he would have taught his children how to scam people instead of teaching them good morals and honor.

LoveMETV22 15 months ago
Thank You MeTv. A very interesting story. Enjoyed reading it. .
Like (2) Reply Delete

MrsPhilHarris LoveMETV22 15 months ago
I did too.
Like (1) Reply Delete