Where To Watch Shop Store Contact
Home / Stories / Earl Hamner, Jr. almost wasn't cast as the narrator for The Waltons
Did you know?

Earl Hamner, Jr. almost wasn't cast as the narrator for The Waltons

They auditioned everybody in town before the series creator unexpectedly got the job. 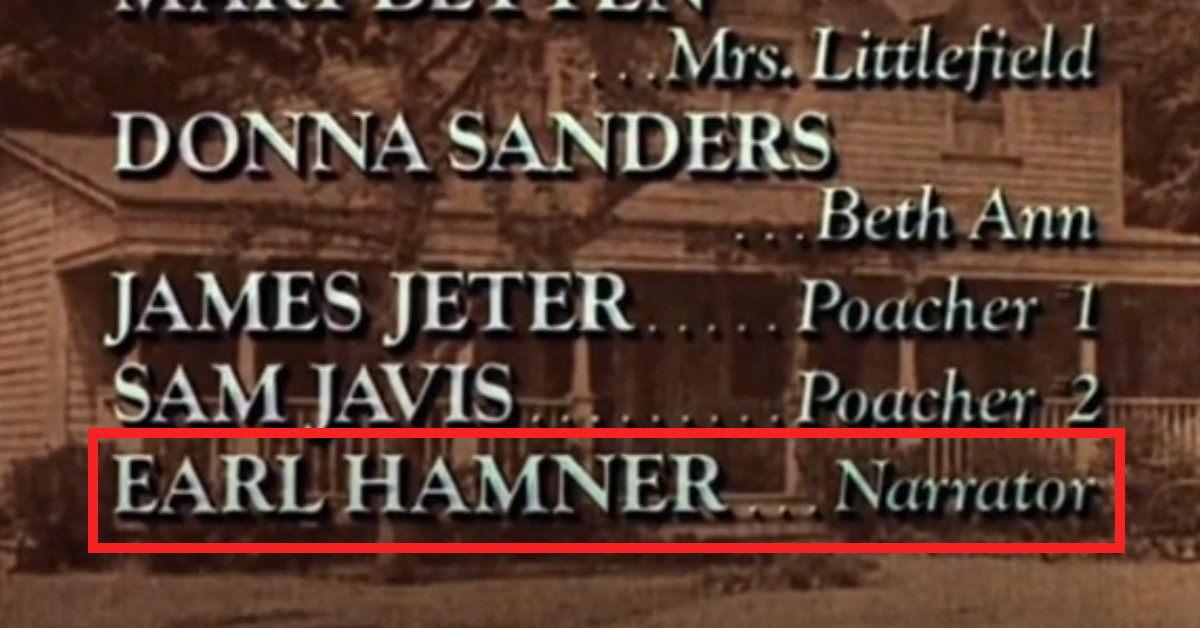 When you think of narrators for classic TV shows, some big names likely come to mind. There's William Conrad sternly delivering the facts to set up episodes of The Fugitive, or more famously, Rod Serling's eerily measured set-ups before tossing us into The Twilight Zone.

Well, can you imagine The Waltons with a narrator who sounds slick and assertive about all the Walton family business? It may surprise you to know that originally, nobody even thought to ask Earl Hamner Jr. to be the narrator of his own show, even though he was obviously perfect for the part.

"We auditioned everybody in town who does that kind of work professionally, and they were all too professional," Earl Hamner, Jr., The Waltons creator, told Emmy TV Legends.

Then Hamner recalled somebody saying, "What we need is someone who sounds as homespun and corny as Earl."

Once the idea was floated, they couldn't not have Hamner read, and when he did, he looked up and saw he had moved his audience to tears. Because he made them cry, he got the job. 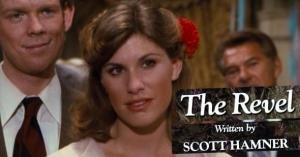 You'd think, as the TV show's creator, Hamner would've had all the control he wanted over how his series was made, but in the interview, Hamner said that this extra role as narrator ended up giving him even more power over how each episode really landed with the audience.

"It also was nice because it gave me a certain input and output, because I did the opening narration and closing narration, and I could manipulate feelings or put a tag on a story," Hamner said. "It was a nice advantage for a writer."

So any time you get to the end of an episode of The Waltons, and the closing narration really makes the show's message pop, you can understand that the secret ingredient and the key to how well the show connected with others was the extra bit of enthusiasm Hamner brought to penning those narrations.

Because Hamner’s voice was heard but his face unseen, he didn't really have to worry too much about this role bringing him additional fame, at least when it came to being out in public. But every now and again, he said someone would hear him talking, and he could be anywhere in the world, and they'd ask, "Why is your voice familiar?"

With a smile, he'd tell them why, and then they'd reveal themselves as fans. His poignant show touched families everywhere. Hamner said these kinds of run-ins with fans represented to him "just the right kind of celebrity." 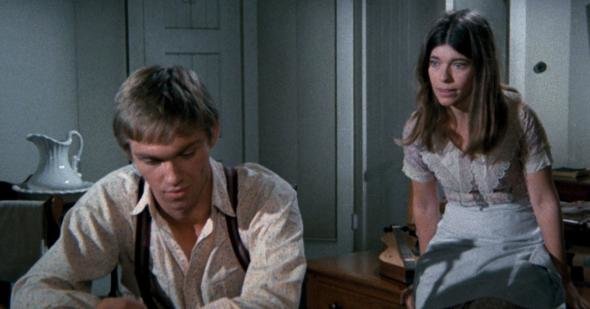 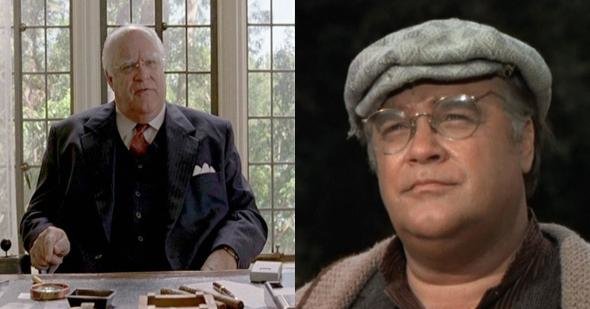 wanderer2575 20 months ago
Very similar to The Twilight Zone (for which Earl Hamner wrote a few scripts). When Rod Serling created the show, he intended there would be a host or narrator to set the scene and make a comment at the end, but everyone involved couldn't agree on an individual, (Orson Welles was high on some people's lists, but Serling was not happy with that idea and Welles would have cost too much.) So finally Rod Serling suggested offhand that maybe he should do the narrations himself. And the rest is history.
Like Reply Delete

rikkirat 20 months ago
Here’s hoping that those annoying and obnoxious Medicare supplement commercials go away after December 7th, the end of open season. So glad I use DVR so I can skip them.
Like Reply Delete

F5Twitster 20 months ago
Of course, the extra paycheck each week for Hamner didn't hurt, either.
Like Reply Delete

ncadams27 20 months ago
I also remember William Conrad narrating Rocky and His Friends (aka Rocky and Bullwinkle). Fred Steiner wrote the theme as well as the theme for Perry Mason. Since MeTV is bringing back cartoons, I would love to see this one.
Like (2) Reply Delete

daDoctah 20 months ago
It's sometimes funny how narrators get chosen. Dick Tufeld already had that job for "Lost in Space" when they tapped him to provide the voice of the Robot. On the other hand, the narrator for "Quantum Leap" was Deborah Pratt, the producer's wife, and only later did she also become the disembodied voice of the show's computer, Ziggy.
Like (1) Reply Delete

stephaniestavropoulos 20 months ago
Reading "We need to get an Earl Hamner type," reminded me I think that's what happened to Betty White when MTM was casting for Sue Ann Nivens. they said "We need a Betty White type. I find funny and interesting, the lengths shows go through, in trying to find the right person to cast. When all along, the perfect person for the job, was right under their nose/in front of them! Like with Rod Serling, one suggestion for narrator/announcer, as I'm sure some of you know, was Orson Wells, but he was too expensive. Then Rod suggested himself, but I don't think, at first, he was taken seriously. But of course it all worked out in the end!
Like (2) Reply Delete
texasluva stephaniestavropoulos 20 months ago
Rod Serling. His narrations could give you a lot of imagination, twinge of chillness and bead of sweat. As follows below:

Normally, the old man would be correct: this would be the end of the story. We've had the traditional shoot-out on the street and the badman will soon be dead. But some men of legend and folk tale have been known to continue having their way even after death. The outlaw and killer Pinto Sykes was such a person, and shortly we'll see how he introduces the town, and a man named Conny Miller in particular, to the Twilight Zone.

Final comment: you take this with a grain of salt or a shovelful of earth, as shadow or substance, we leave it up to you. And for any further research, check under 'G' for 'ghost' in the Twilight Zone.

A great Narrator makes the movie/show audio/radio everything so much better. There are hundreds. Morgan Freeman, Alan Alda, Maggie Gyllenhaal, Orson Wells, Cecil B. DeMille to name a few. Everyone has their favorites.
Like (1) Reply Delete

stephaniestavropoulos texasluva 20 months ago
You left out these voices, {I know they were singers, but I want to say one of them did a bit of acting: Lou Rawls. {Yes he did! I just remembered a show he was on: The Big Valley.} and Barry White. Their singing voices were wonderfully sexy but so were their speaking voices.
Another actor you could have mentioned: James Earl Jones. But one of the voices you did mention, is the only one who has played God. I think you know to whom I am referring!
Like Reply Delete
texasluva stephaniestavropoulos 20 months ago
I had meant to put James Earl Jones but I left for a moment and lost my place. In fact when I read after posting his names was missing. I decided to just go with what I had. Morgan Freeman did tons of narration in movies. Remember The Shawshank Redemption he did lots of it there. I was trying to point out ones I liked. Hundreds more to boot.
Like Reply Delete

15inchBlackandWhite 20 months ago
Could have been an entirely different series if they had chosen, say, Johnny Olson. "Mary Ellen, COME ON DOWN!!"
Like (1) Reply Delete

cperrynaples stephaniestavropoulos 20 months ago
Yep, Olson is forgotten because he died in 1984 but yes he introduced that phrase! Bonus Question: Who was his first replacement, what other game was he on when he was hired and what classic sitcom did he narrate?
Like Reply Delete

stephaniestavropoulos cperrynaples 20 months ago
Answer: Johnny Olsen's first replacement was Rod Roddy. The other game show he announced was Press Your Luck. The sitcom he narrated: Soap (1977-1981.) I would like to claim for my prizes: 1956 jukebox {the year my sister was born,} and a pool table. {Pocket billiards, not bumper.}:sparkles
Like Reply Delete

Mark091 15inchBlackandWhite 20 months ago
Johnny Olson will always be
Famous for saying this on NBC
In 1962 :
From New York City it's time to
Play the Match Game and now
Here's your host Gene Rayburn
A Swinging Safari was the name
Of The theme song for The Match Game Gene Rayburn and
Johnny Olson were wonderful
Persons and I miss them
RIP
GENE Rayburn
Johnny Olson
Will Geer
Ellen Corby
And all of the other actors and actresses who have passed away from the WALTON'S

ETristanBooth Mark091 20 months ago
I've always liked "A Swinging Safari." I remember it from my childhood.
https://www.youtube.com/watch?v=te-HFHNj-tk
Like Reply Delete