Where To Watch Shop Store Contact
Home / Stories / Dwight Schultz didn't let the critics get him down about being on The A-Team
Did you know?The A-Team

''People expect me to apologize for the series.''

The A-Team was a series that fans seemingly either loved or couldn't get behind. The never-ending explosions, chase scenes and ridiculous situations piqued the interest of millions. The same characteristics of the show also turned some people off.

Some viewers and critics deemed the show too violent for children and rather unrealistic overall. Of course, headlines and comments trickled down to the cast. One of the most vocal actors and advocates of the series, Dwight Schultz, who played the one and only Howling Mad Murdock, says they were just doing their respective jobs.

"People expect me to apologize for the series," Schultz said in a 1985 United Press International story. "I'm an actor and I'm doing the same things I would do in a movie or on stage — acting."

According to Schultz, who was no stranger to Broadway and plays across the country, critics simply assumed the cast of The A-Team weren't having as much fun as they actually were. He came to the defense of his show when critics called it too violent. 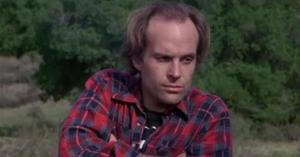 "Some producers and casting directors say I sold out," Schultz added. "They assume we're schlocking it and hating it. The media say we're violent. We're among the least violent shows on the air." That sounds like a Howling Mad Murdock statement, but when followed up with "Nobody gets killed," Schultz's point is made.

He says critics simply don't want to understand what the show is; a funny series created based on highly-improbable and, more times than not, impossible situations.

"We're a comedy show," Schultz said. "Farce, fantasy, tongue-in-cheek. The dialogue works on two levels with allusions to literature and the theater. We're much more sophisticated than people give us credit for."

Once again coming to the defense of his career-defining series, Schultz added, "When I visit hospitals, it's the doctors who want to say hello, not the kids," pointing to his belief that the series didn't negatively impact millions of kids like some critics perhaps tried to imply. He says the show was the ultimate way to unwind from real life.

"Why do adults watch The A-Team?" Schultz asked rhetorically. "Because it is mindless and a reprieve from the day. The characters are bizarre and funny... pure escapism. Viewers aren't supposed to take the show seriously."

At the end of the day, regardless of critics' concerns and reviews, The A-Team was a powerful player during its initial run in primetime, and its cult following is just as passionate about the series today as it was in the mid-Eighties. For Schultz, who acted in theater prior to the show, The A-Team stood out from the very first script.

"I agreed to do The A-Team because the script made me laugh out loud, which I seldom do when I read a part... with Murdock I thought how many different ways there were to play him. Nobody knows if he's sane. His whole thing is putting people on, and you never know when he's serious. There's a method in his madness." 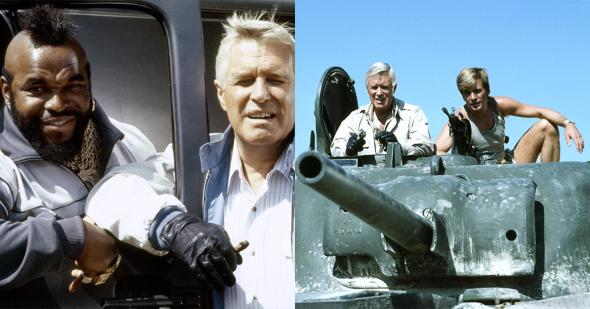 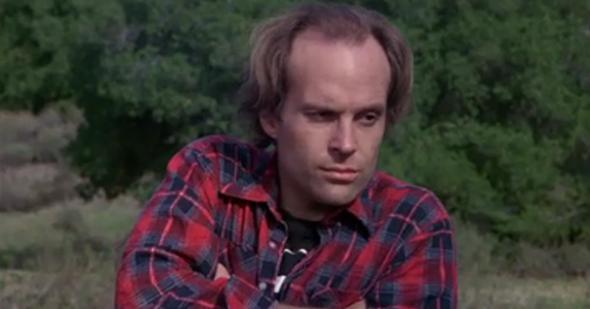 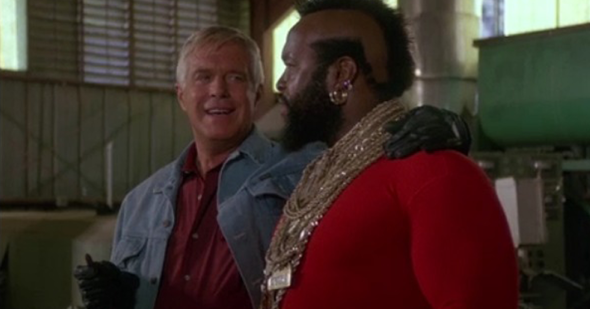 Did you know?
Despite their on-camera chemistry, Mr. T and George Peppard were not friends
Are you sure you want to delete this comment?
Close

Pacificsun 7 days ago
Where does it say in the handbook: 𝑨 𝑮𝒖𝒊𝒅𝒆 𝒕𝒐 𝑾𝒂𝒕𝒄𝒉𝒊𝒏𝒈 𝑻𝒆𝒍𝒆𝒗𝒊𝒔𝒊𝒐𝒏"" that it shouldn't be fun, escapist, and adventurous?? Comic Books never get criticized for their improbability. And nobody should have to defend their preference for being in the Series.

I didn't discover Dwight Schultz as an actor until he appeared on ST:TNG as a very quirky character, and not easy to pull off, but memorable. Then, watched a YouTube where he was speaking as himself at a Con. Very down to earth, forthright, a "working actor" (means a good reputation for getting the next job).

IMO, A-Team is a treasure on MeTV and I hope they don't yank it off. It's more than fun to rewatch those episodes because there's so much going on!!
Like Reply Delete

Coldnorth 1 month ago
Howling mad and BA always my favorite. I always wondered if the little characters Murdock used. The poor plight of the golf ball and others were ad-lined or scripted. That was my favorite part of the show.
Like Reply Delete

JCM5 2 months ago
Rewatching the show recently I've noticed Dwight Schultz really steals a lot of scenes. In a good way, of course.
Like Reply Delete

MikePow04865927 2 months ago
The show was entertaining, escapist fare. It was also a massive hit in the ratings. The Hollywood elitist snobs couldn't stomach that and (unofficially) blacklisted the cast.
Like (1) Reply Delete

StrayCat 2 months ago
Schultz is correct. Crazy car chases many times with a vehicle crashing and exploding, the fights, plus the incessant chatter of automatic weapons fire. Yet, I don't recall anyone ever getting killed. The A Team was an action farce, nothing more.
Like Reply Delete

Moverfan StrayCat 2 months ago
The only person killed on the show was Jack Ging's character (sorry, General, I can't remember your name) and he was shot by a Vietnamese military officer from his war days.
Like Reply Delete

BusterGeneration86 Moverfan 2 months ago
It was General Harlan "Bull" Fullbright.
Like Reply Delete

Andybandit 2 months ago
I love Murdock. He was my favorite character. There are other shows that are were as violent as the A-Team. I love when B.A. and Murdock get into their yelling matches. Dwight did a great job playing him. I saw the movie of the A-Team. I didn't like it.
Like (2) Reply Delete

Barry22 2 months ago
Schultz did a great job as Murdock. And it is a funny show.
Like (1) Reply Delete

Coldnorth Barry22 2 months ago
Murdoch was the best actor on the show. My favorite scenes were when he was needed for a caper and face had to bust him out of the hospital
Like Reply Delete

Runeshaper 2 months ago
Howling Mad Murdock for the win!
Like (2) Reply Delete

BuckeyeBeth 2 months ago
Dwight did an excellent job with the character! I’ve heard him discuss in convention videos that he was allowed to be very creative with his interpretations of the scenes. He said a few times Stephen J. Cannell would call him up and ask wth the was doing but that they always seem to leave his unscripted antics in. At times even Cannell didn’t quite comprehend the level of tongue-in-cheek scenes the show had. Apparently both he and Dirk Benedict would create dialogue and visual antics to use as filler when episodes were running short. Both have said they greatly enjoyed doing that.

I loved watching the show as a teen (massive crush on Dirk) and can appreciate Dwight’s wide talents even more as an adult. Thanks for playing the show MeTV!
Like (3) Reply Delete