Mary Tyler Moore and Rose Marie deliver some genuine chills in this classic. 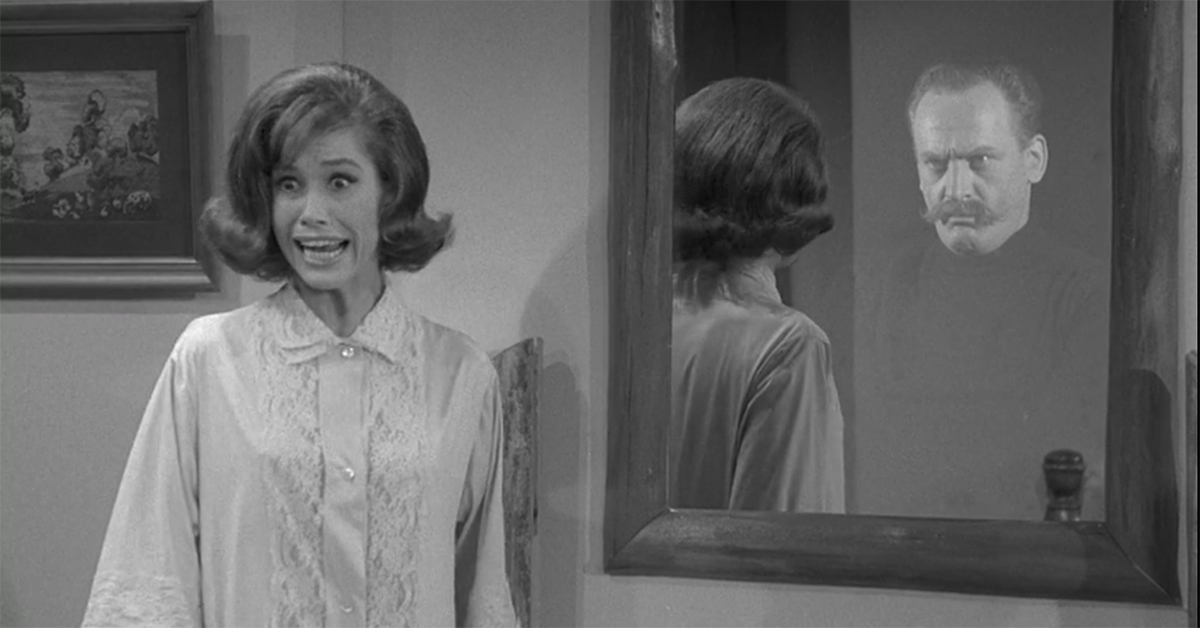 The Halloween episode is a right of passage for every sitcom. Come up with some amusing costumes for your characters, deck the set with jack-o'-lanterns and spider webs, throw some punch in a bowl and — voila. Most TV comedies tend to go the whole "party episode" route when it comes to celebrating the holiday.

Another trope, of course, is the haunted house. The Andy Griffith Show, Happy Days, Laverne & Shirley, and The Brady Bunch all delivered seasonal spooks with rickety old haunted houses. The run-down places all tended to look like the Munsters rented out the joint on Airbnb. They were riddled with cobwebs and rotting wood. 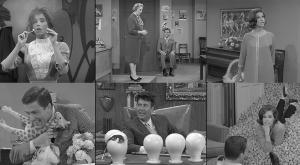 In 1964, The Dick Van Dyke Show decided to go another direction in "The Ghost of A. Chantz." The second episode of the fourth season, the tale originally aired a month before Halloween, getting people in the pumpkin mood with some honest-to-goodness chills. Few Halloween episodes have been genuinely unnerving — and few have been funnier.

For starters, this haunted house is not some decrepit mansion. Rob, Laura, Buddy and Sally head to a fishing lodge for a weekend. The place is entirely booked up save for one cabin — one that has not been used in three years. A man named Amos Chantz disappeared from the place without a trace. The gang rents it.

It seems like your typical mountain getaway, complete with flannel curtains and deer heads hanging on the wall. Well, the caretaker is rather creepy. He is played by the wonderful character actor Milton Parsons, a sort of more obscure Vincent Price, who was best known for roles in B-movies like Dick Tracy Meets Gruesome and The Haunted Palace. 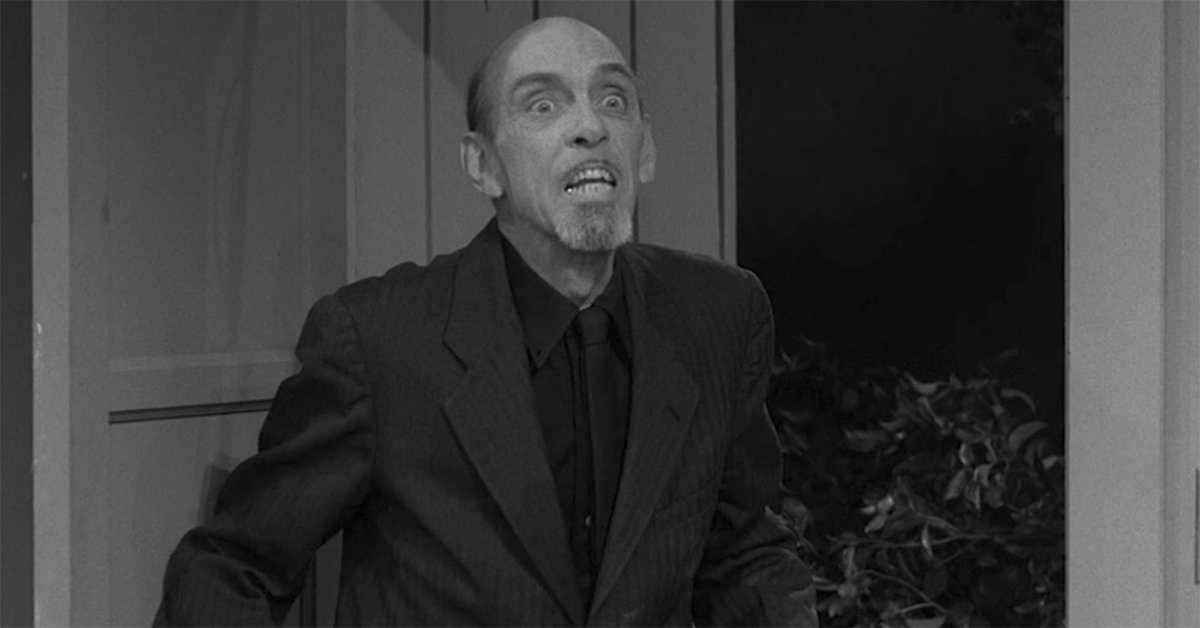 As the four try to settle in at the cabin, strange occurrences are afoot. The fireplace bursts into flames on its own. Rocking chairs rock by themselves. A "man-eating" sleeper bed retracts into the sofa like a frog's tongue. Oh, and the face of a strange, mustachioed man keeps popping up in the mirror. It's more of a poltergeist than a haunted house. 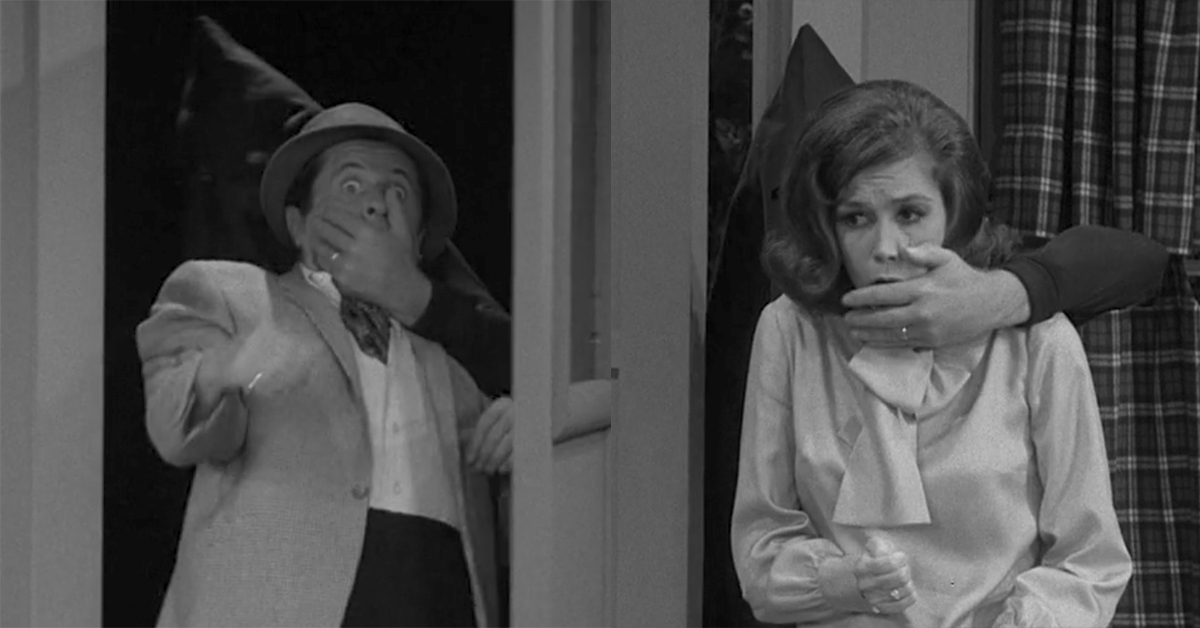 Buddy and Laura are snatched.

Yet where the episode takes a truly dark note is near the climax, as Buddy and Laura are snatched through doorways by silent figures wearing dark hoods. Seeing Mary Tyler Moore gagged and yanked off-screen is rather unsettling.

We also see a shot of a frightened Sally from the perspective of the bodysnatcher. 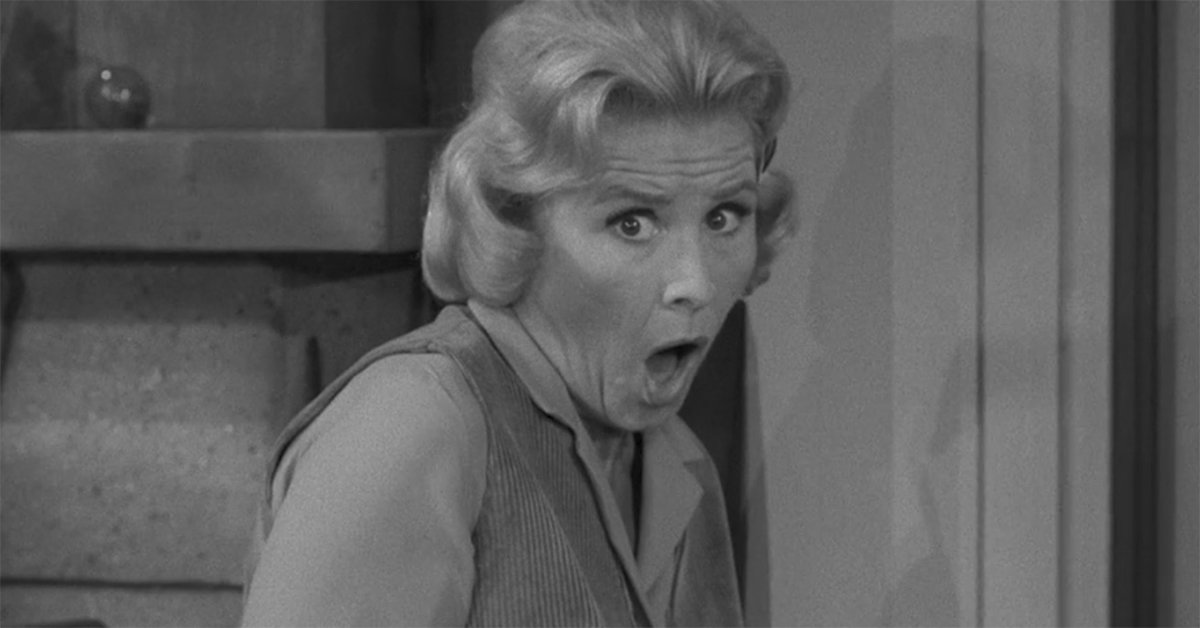 Finally, Rob is left alone in the cabin. Of course, not all is what it seems to be. There are big laughs throughout, and the twist at the end makes for a classic. Make it part of your annual Halloween ritual. Watch "The Ghost of A. Chantz" right here, right now on MeTV.com. Stream the full episode below, and watch all of The Dick Van Dyke Show on our Videos page.

MichaelSkaggs 3 months ago
One of the funniest of the series. Four stars for the four stars!
Like Reply Delete