Here's a beginner's guide to the classic sitcom, with full episodes for streaming. 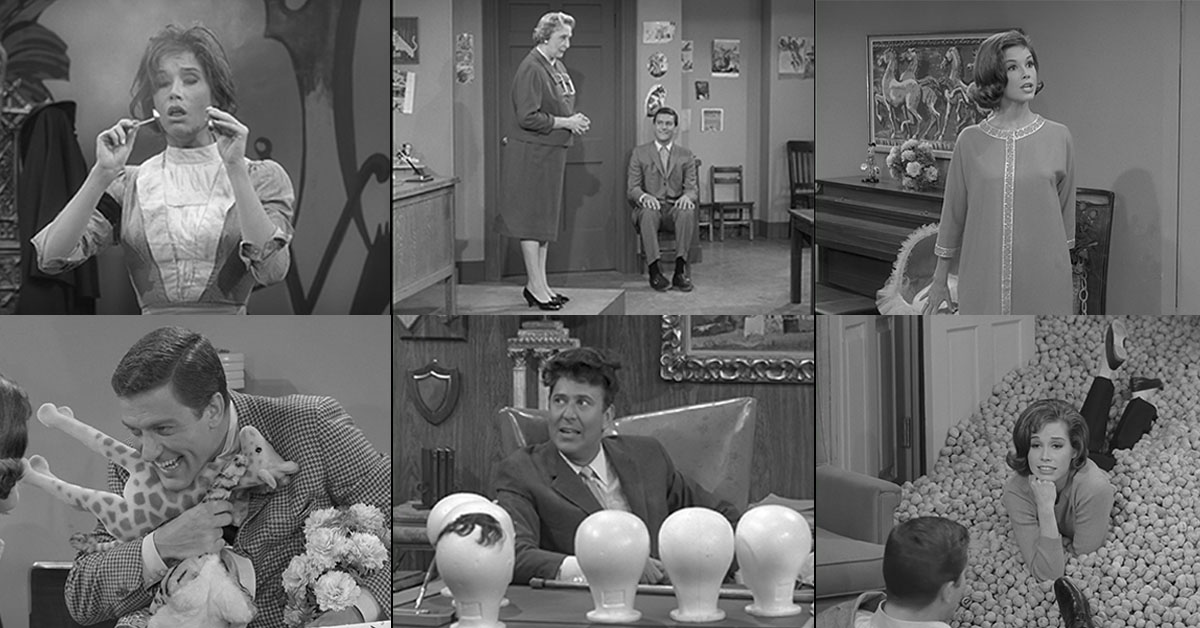 Somewhere along the way, somehow, The Dick Van Dyke Show became criminally underrated. It boggles the mind. The show's principle players — Mary Tyler Moore, Carl Reiner and, of course, Dick Van Dyke — are legends in the comedy business, and continue to receive deserved praise. But google "best sitcoms of all time." The Dick Van Dyke Show is far down the lists. Heck, this recent ranking of the supposed 50 best sitcoms in TV history overlooked the series completely.

This is akin to leaving Beatles albums off of rock & roll lists. Carrying the analogy, it's a bit like this. I Love Lucy is the Stones of the sitcom, the one that took classic elements of the artform — from radio and vaudville, instead of the blues, in this case — and turned it into modern pop with wild, physical energy. The Dick Van Dyke Show is more of the Fab Four of the genre, the act that took a more intellectual, studio, craftsman approach to make something that feels utterly timeless. The show even got a little psychedelic here and there.

When you watch The Dick Van Dyke Show, the overall sense is how modern it feels. Because so much that followed looked to it for ideas.

Fortunately, you can still easily watch The Dick Van Dyke Show. In fact, you can stream all of it right now on MeTV. But diving into 158 episodes can be overwhelming. That's a lot to binge. For that reason, we boiled down the show to these 10 fascinating episodes. Click the links to stream them. 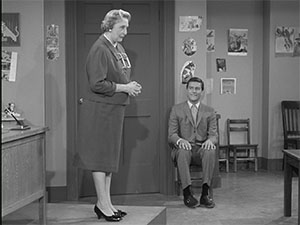 The pilot of the series was drastically different. In fact, Carl Reiner first crafted a different show altogether, called Head of the Family. Reiner himself starred, alongside a different cast. The first take feels decidedly more of its era. (You can watch it here.) Going with a younger, more spirited and mod couple payed off handsomely. Still, the initial script, in which a young boy doesn't respect his pa's job in television writing, was solid stuff. The concept was retooled for this early episode, which sent Van Dyke to little Richie's school. He even has to sit in a tiny chair.

Stream "Father of the Week" for free on MeTV.com 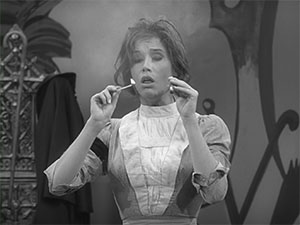 The oddest episode of the series also happens to be the least favorite of Dick Van Dyke himself. So why include it? It's too fascinating to overlook. It's one of just a few episodes that filmed without a live studio audience, as the entended dream sequence required numerous camera tricks and optical effects. Honestly, it plays more like a German impressionist film, as the fantasy Petrie house could fit right in The Cabinet of Dr. Caligari. Van Dyke came to disregard the episode due to how nasty his character treats his family. But it demonstrates just how daring the show was when it came to breaking past the established boundaries of TV comedy.

Stream "The Bad Old Days" for free on MeTV.com 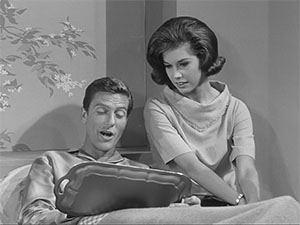 On the flip side of DVD's opinions lies this gem, one of the star's five favorite episodes, or so he once declared. The show excelled in both workplace and domestic comedy, and this charming, hilarious tale falls into the latter. Here, we learn of the romantic backstory of Rob and Laura, as they reminisce with their son. Of course, their wedding story involves infirmaries and misunderstood ministers. Fun fact: Dabbs Greer plays the chaplain who marries the couple. He also married Mike and Carol on The Brady Bunch.

Stream "The Attempted Marriage" for free on MeTV.com

Few moments in TV history stick in the memory like Mary Tyler Moore bodysurfing into a living room on a wave of walnuts. The most acclaimed and famous episode of the whole lot, "It May Look Like a Walnut" involves another fantastic Rob Petrie fever dream. This time, he's convinced there's an alien invasion. The story eventually inspired the introduction of Mork on Happy Days and the creation of Mork & Mindy.

Stream "It May Look Like a Walnut" for free on MeTV.com 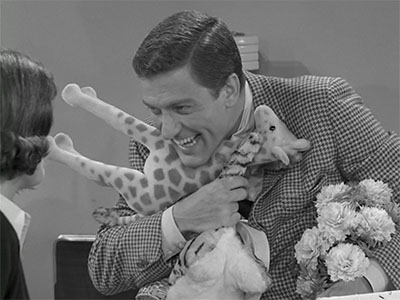 In the first two seasons, creator-producer Carl Reiner had largely handled the show's writing duties, on top of appearing on the series as Alan Brady, star of the fictional Alan Brady Show. Understandable, he was beginning to feel burnt out going into season three. Fortunately, two aspiring writers, Bill Persky and Sam Denoff, submitted a spec script they had penned for The Dick Van Dyke Show. It was golden material. Reiner not only used the script for "That's My Boy??" — he hired Persky and Denoff as writers. This first offering from the duo produced the longest sustained studio laugh in the show's history, at the reveal in the final act. We won't spoil it for you.

Stream "That's My Boy??" for free on MeTV.com

6. "Happy Birthday and Too Many More" 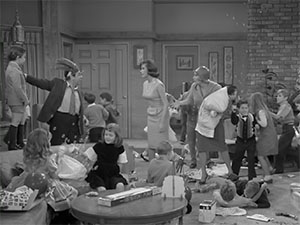 When 63 screaming children invade the home for Richie's birthday, high jinks ensue. It's gut-busting material, certainly, but the context makes the entire endeavor far more fascinating. The episode was filmed days after the assassination of President Kennedy. Thus, it was filmed on a closed set without a studio audience. The cast managed to capture its madcap energy, nevertheless. The entire endeavor is a testiment to comedy's power to help us get through tragedy.

Stream "Happy Birthday and Too Many More" for free on MeTV.com 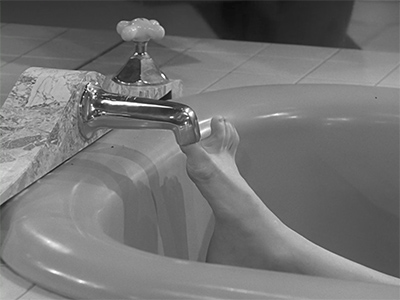 Another of Van Dyke's five favorites, this episode certainly started off as Moore's least favorite. In fact, she notoriously walked off the set during rehearsals in frustration. She was scripted to spend most of the idea behind a closed bathroom door. Naked Laura gets her toe stuck in a hotel bathtub spigot, you see. ("I was playing with a drip!") This was precisely the point, Reiner explained, to let the audience's imagination wander. Moore's vocal performance is genius. Meanwhile, Van Dyke demonstrates his uncanny physical comedy skills. Reiner, who penned this classic, deemed it “one of the best things I’ve ever written.”

Stream "Never Bathe on Saturday" for free on MeTV.com 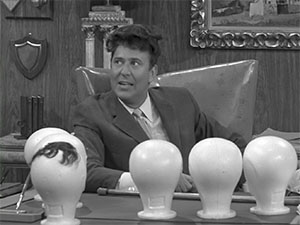 Reiner has his iconic moment in this legendary outing, considered by TV Guide to be one of the greatest half-hours in television history. Laura lets slip on air that Alan Brady wears a hairpiece. The celebrity does not take his outing as a bald man well. Brady demonstrating his different toupees will split your side.

Stream "Coast to Coast Big Mouth" for free on MeTV.com 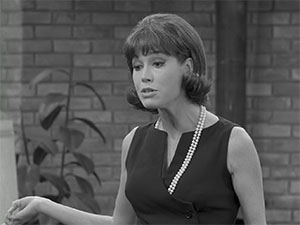 Few women on television influenced popular fashion like Mary Tyler Moore. The loveable star had the public in her sway long before she tossed her blue tam into the air in Minneapolis. Laura Petrie was the model of the modern cosmopolitan woman. No wonder that audiences gasped when Laura stepped out in "Who Stole My Watch??" Her trademark bouffant was gone. Laura sported this new cut for the remainder of the series. It may have just been hair, but it again proved that these were people constantly moving forward.

Stream "Who Stole My Watch?" for free on MeTV.com 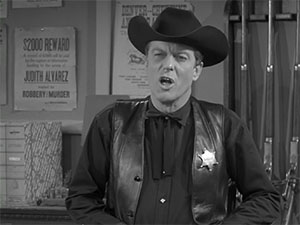 The final episode filmed in the series — though it was the next-to-last to air — "The Gunslinger" brought back just about every actor who worked on the show. They all populate Rob's Western fantasy, after he's gassed out by the dentist. It's an unconvential way for the entire gag to say farewell — essentially doing Gunsmoke cosplay. In fact, they filmed exterior shots on the Gunsmoke lot. But the episode lets The Dick Van Dyke Show go out while still at its creative peak, while still dreaming of new ideas. Literally.

Stream "The Gunslinger" for free on MeTV.com 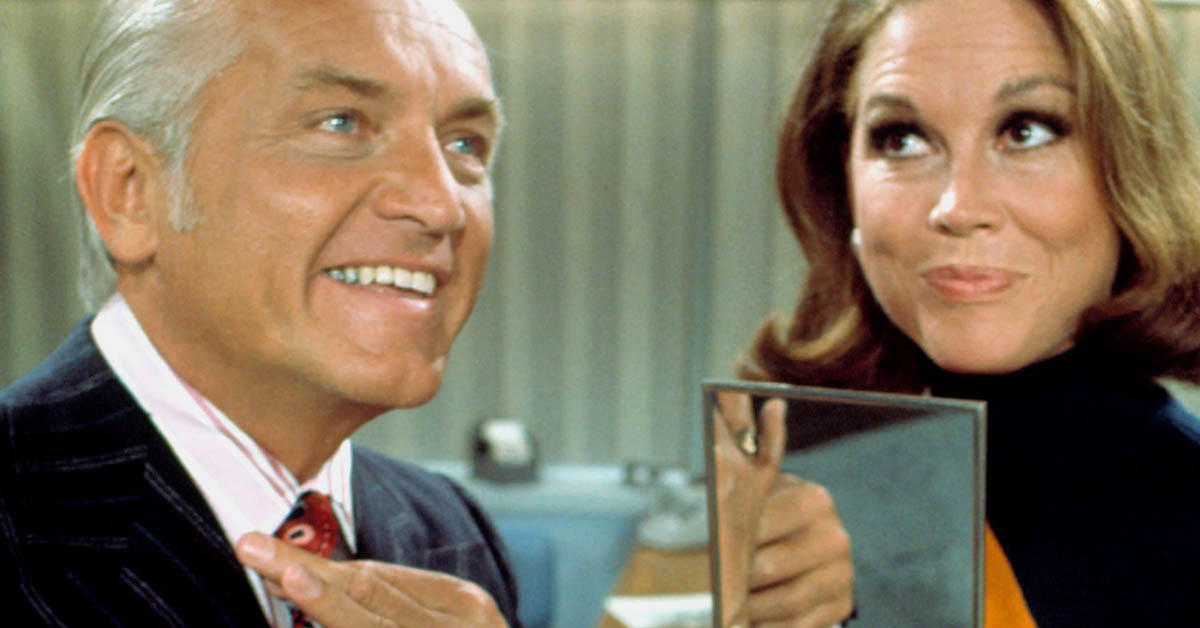 These classics were as much to make as they were to watch. READ MORE

STTOS 38 months ago
Glad to see DVD back on MeTV and I assume (hope?) they won't butcher (edit) the episodes like Cozi did. It was so bad that they deleted scenes that setup gags and jokes that would appear later in the episode. That rendered the gag useless and unless you were familiar with the show you had no idea what it meant.
Like Reply Delete