America’s #1 Classic Television Network
Find your local MeTV station
Where to watch
See when your favorite shows are on
See schedule
Personalize MeTV.com to follow your favorite shows
Free sign-up
Shop your favorite shows in the MeTV Store
Shop Now
Home / Stories / Dan Blocker's son, Dirk Blocker, got his start by hanging with his dad on set
did you knownostalgia

Dan Blocker's son, Dirk Blocker, got his start by hanging with his dad on set

You can still see him on TV today. Like father, like son – and Dirk is proud of it! 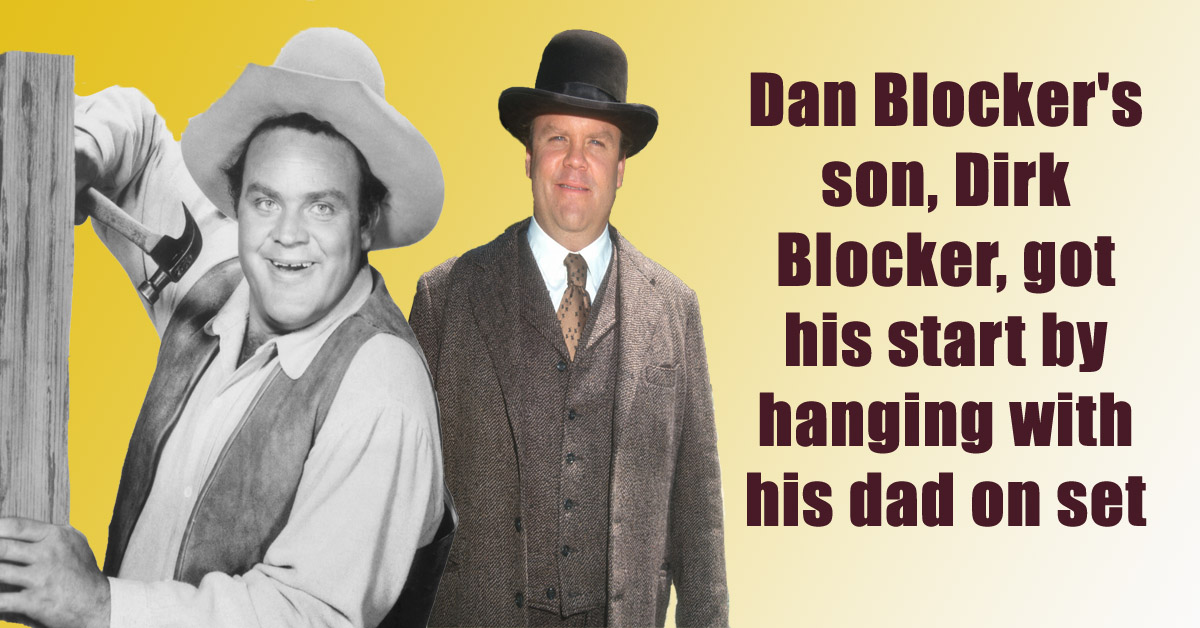 Dan Blocker charmed audiences as Eric "Hoss" Cartwright on Bonanza. The crew of the show held him in high esteem; he was known to be the "least actor-ish as well as the most likable" cast member they'd met, which is high praise in a group as dynamic as the Bonanza crew. His son, well-known actor Dennis "Dirk" Blocker, attributes his father's attitude and efforts to include him in his work to his own success in the business.

You may know Blocker from his role as Detective Michael Hitchcock on the FOX television series Brooklyn Nine-Nine. On the show, Detective Hitchcock is a quirky, crude character who, alongside his partner Detective Norm Scully, does his best to avoid any work harder than locating a meatball sub for lunch. 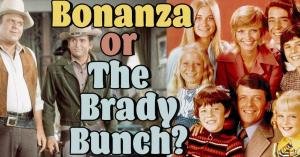 quiz
Are we describing episodes of Bonanza or The Brady Bunch?

Blocker got his start walking on set with his father. In an interview with Jeff Pearlman, Blocker explained that his love of acting came directly from the time his father took to be present with his son.

"I suppose I was bitten by the acting bug at an early age while going to work with my dad," Blocker told Pearlman. "His schedule was such that this was one of the only ways to spend a lot of time with him. As a result, I’d watch as he and his cohorts would be chatting amiably about current events one minute, and then watch them transform themselves into someone else when called to the set—a kind of learning through osmosis. That, and that he enjoyed his work so much likely carried over for me." 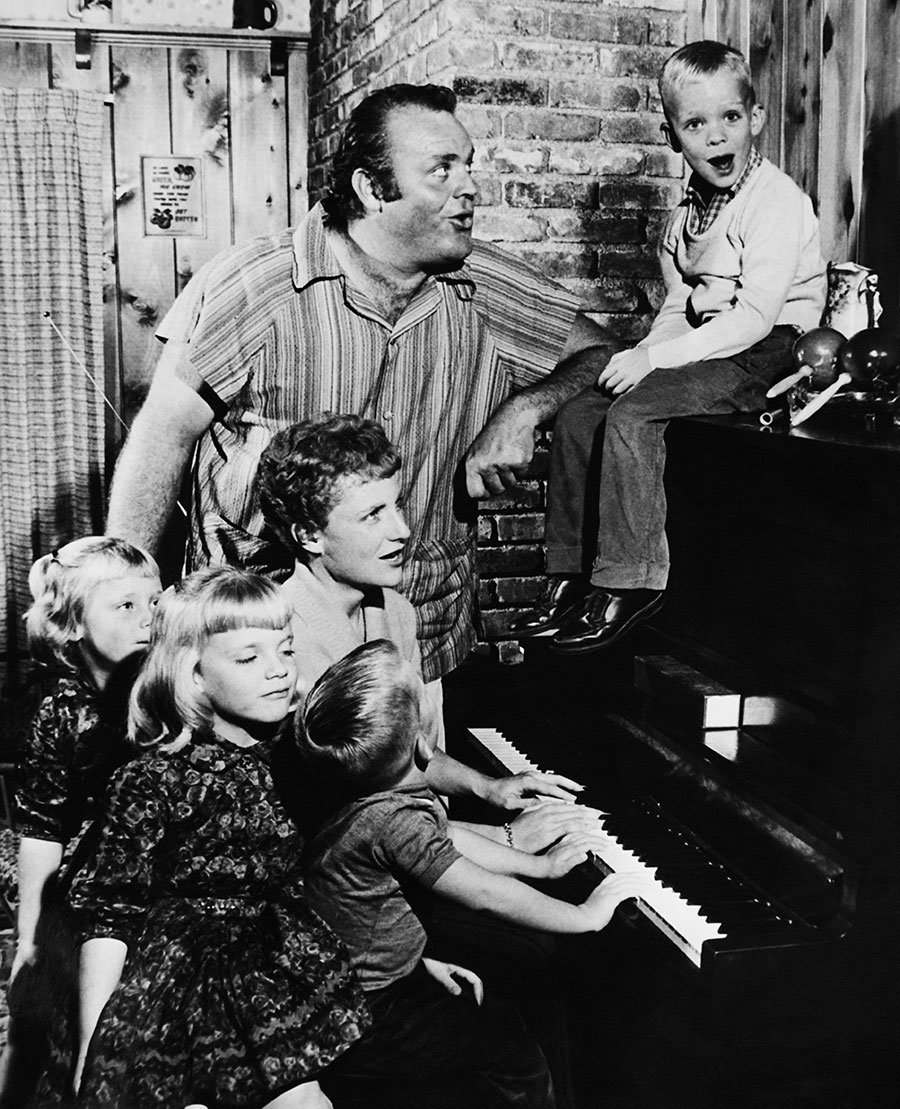 The Everett CollectionDirk sits atop the piano as the Blockers sing a tune.

With high reverence for his father's attitude and professionalism on set, Blocker couldn't help but be inspired. Blocker made his first appearance on television on the show Marcus Welby, M.D. Seeing that Blocker had the talent for acting and picking up unique characters, Michael Landon then cast Blocker in his second job as illiterate teen Abel Makay on Little House on the Prairie, opening the door to the rest of Blocker's career.

At this point, his father was a highly recognized figure in the entertainment world. Aside from his major Bonanza credential, his guest appearances in other projects such as Gunsmoke and Wagon Train had given Dan a celebrity status that Blocker wasn't entirely sold on.

"Growing up with a famous father stripped me of any desire for fame—my pop could hardly go anywhere without being mobbed by fans," he explained. "So the life of a character actor/supporting player has always appealed to me. I’ve done a couple of series but neither of them lasted very long. No regrets—many fine things have happened in my life that would not have had the shows become successful."

This mindset has served Blocker well. In a 45-year career, Blocker has had roles on a multitude of shows spanning genres, from CHiPs to Criminal Minds. You might recognize him best from his first regular series role, as pilot Jerry Bragg on Black Sheep Squadron.

He even put in time on the Ponderosa. Dirk made an appearance in two Bonanza television films, playing Walter Fenster both in 1993 and 1995. With years of work still ahead of him, Blocker does his best to use what his father taught him to keep up his work and his reputation in the industry.

"My dad was my closest ally in the world. I loved him dearly. Over the years I’ve come to see him as a man of complexity... Accepting responsibility for one’s actions, and aiming for living the golden rule, were the biggest traits I carry from him."

JERRY6 6 months ago
cool story on mini hoss met some Blocker kid in the late 60's in ontario wonder if it was Dirk , he was big and did look a lot like hoss
Like Reply Delete

Nony 7 months ago
The child sitting atop the piano is not Dirk. That's his brother David. Dirk is the little guy sitting beside his mother and sisters.
Like Reply Delete

Runeshaper 31 months ago
Great story! It was very cool that Michael Landon hooked him up. More importantly, I love how close he was to his father. Seems like both of them have played in several roles & I'm sure that Hoss is very proud of his son :)
Like (2) Reply Delete

jeopardyhead 32 months ago
One time around the mid '70's, my dad, who was a TV critic, brought home a publicity photo of Dirk Blocker he got at the office so we could see the family resemblance.
Like (1) Reply Delete

Or drag a file here to upload
Moody 32 months ago
Bonanza is one of my favorite shows & some of my favorite episodes were those that featured Hoss, especially the more comedic ones. Hoss's back & forth with Little Joe were the funniest. The show just wasn't the same after he died.
Like (2) Reply Delete

cperrynaples Moody 32 months ago
Yeah, that's why the show died in 1972, the year Dan died!!
Like Reply Delete