"Star Trek" conventions have come a long way since the 1970s. 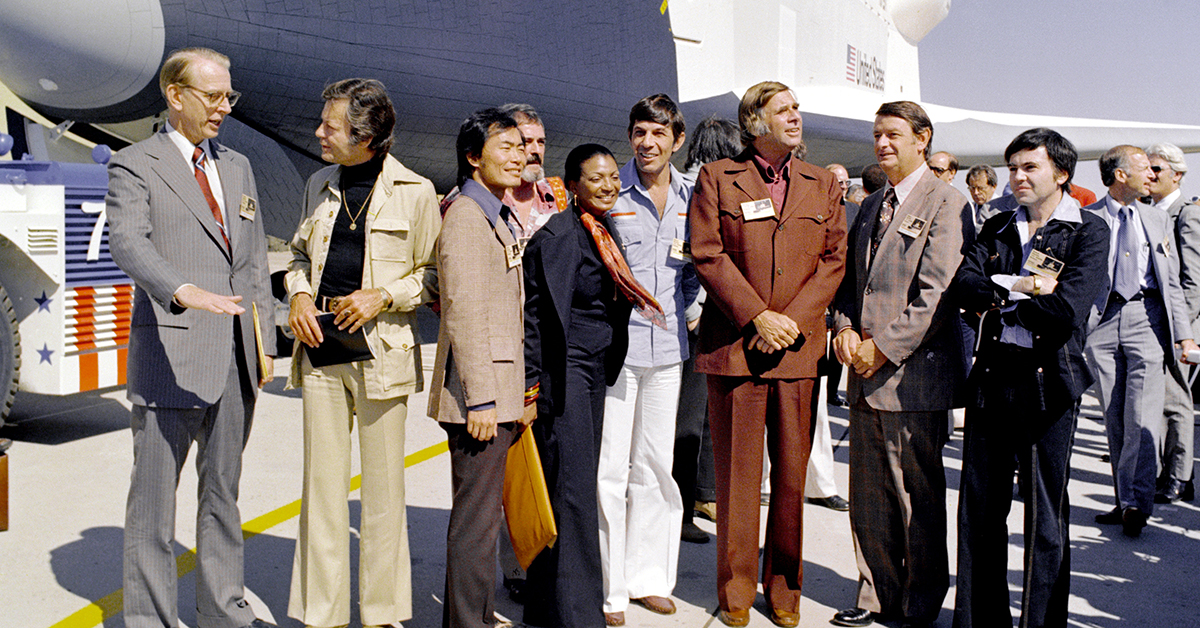 The video features host Terry McCoy showing us around a convention floor filled with Star Trek paraphernalia, cosplay and a few celebrity appearances.

The clip starts off innocent enough, with host Terry McCoy introducing himself to the camera.

The special effects are a nice touch to the Super 8 film. We dig it.

Wait a second, is that Leonard Nimoy at the table?

McCoy also encounters a man dressed up as a Caitian, who is none too pleased when McCoy asks if he's related to a Romulan or Vulcan.

There's James Doohan giving a speech. We wonder how much Nimoy and Doohan got paid to make these appearances?

It's amazing to see just how far Star Trek conventions have come since they started in the 1970s. Check out the full video below - it's a charming mix of nostalgia and social awkwardness at its finest.

One of the earliest Star Trek conventions occurred in 1976 at the Northgenn Mall in Denver Colorado in Fall of 1976.