Where To Watch Shop Store Contact
Home / Stories / Buddy Ebsen's daughter Kiki has the tiniest part in this Back to the Future scene
Did you know?1980s

Marty McFly had some notable competition in the Battle of the Bands. 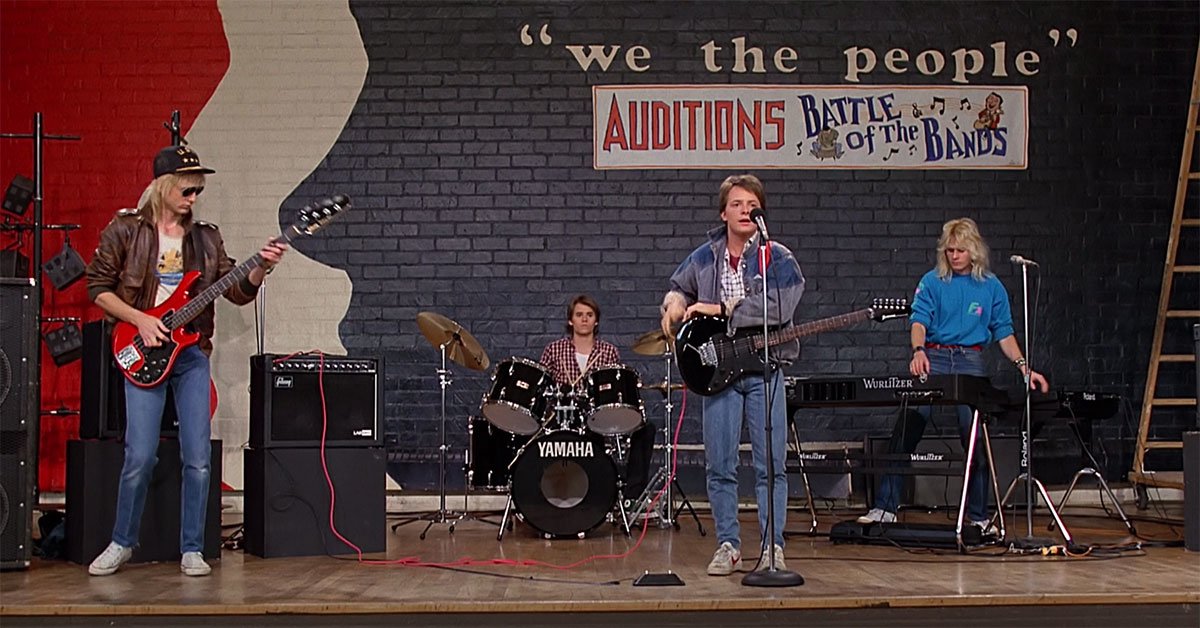 Marty McFly rocked too hard. He shredded "Johnny B. Goode" when stuck in 1955, causing teens at the sock hop to cover their ears. That's an unforgettable scene in Back to the Future, but it's not the only time we see Michael J. Fox finger-tap through an '80s guitar solo in the beloved film.

Early in the movie, about eight minutes in, Marty auditions for the Battle of the Bands in the Hill Valley High School gymnasium. He fronts The Pinheads, a group with loads of denim, hair and volume. The quartet rips through a metal cover of Huey Lewis and the News' "The Power of Love."

One of the judges interrupts them with a bullhorn. The band screeches to a halt. "I'm afraid you're just too darn loud," the bespectacled judge tells them. The joke, of course, is that this square adult is portrayed by none other than Huey Lewis himself.

But Huey Lewis is not the only celebrity cameo in the scene. 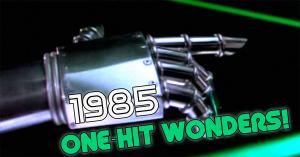 We turn to an interview from the 2011 book Raised by the Stars: Interviews with 29 Children of Hollywood Actors. Author Nick Thomas chats with Kiki Ebsen, daughter of Buddy Ebsen, star of The Beverly Hillbillies and Barnaby Jones. Thomas asks if Kiki, one of the actor's six daughters, ever appeared in her father's TV shows or movies.

"I appeared as a pianist in a TV movie with my sister, Bonnie, that my dad wrote called The Paradise Connection (1979)," she answers. "But really, I've only had a few, mostly uncredited, parts."

One of those happens to be the Battle of the Bands scene in Back to the Future.

"It was an early scene with Huey Lewis when the bands are being auditioned and there were a bunch of musicians standing around," Kiki explains. "I was one of them." 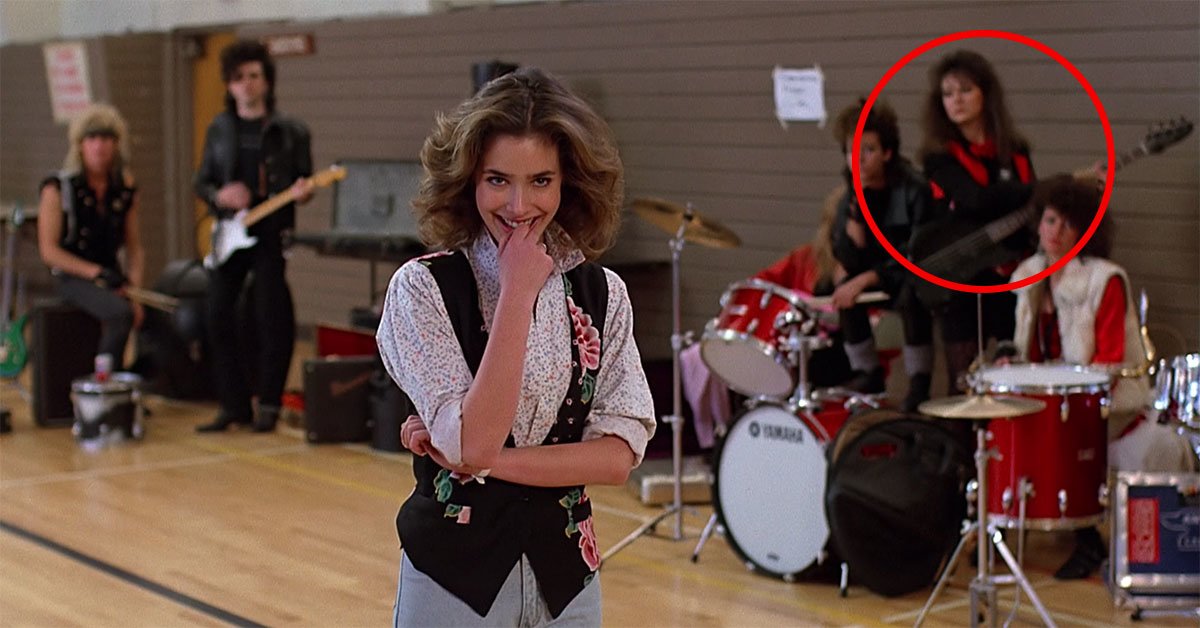 Well, that we had to see. There are only three other bands visible in the gym. Marty jogs pasts a bunch of punky new-wavers and he heads up to the stage. They are all boys. There are some headbanger dudes with big hair and black leather in the background behind Jennifer, Marty's girlfriend, too. Just one all-female trio can be seen, waiting behind a red drumset. The bored drummer rests with her chin on her fist. The saxophone player sits behind a tom. And one woman stands, holding a bass. They're out of focus, but we believe that is Kiki.

In her real-life musical career, Kiki Ebsen primarily plays the piano. As a freelance keyboardist, she jammed with everyone from Chicago to Tracy Chapman. Today, she focuses more on jazz standards — her dad's preferred genre — and tours with tributes to her famous father.

Around the time of Back to the Future, Kiki released a split single titled "Dreaming." You can tell it's the mid-'80s from the synthesizer-heavy production. Take a listen.

After Buddy Ebsen passed away, Kiki recorded an album of jazz standards in tribute to her dad, The Scarecrow Sessions. It included a tune written by Buddy. It was called "Missing You." Listen to it here. 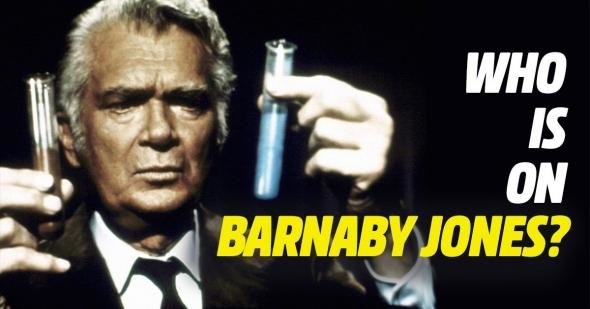 1970sTrivia
Can you I.D. all these celebrities and movie stars on Barnaby Jones? 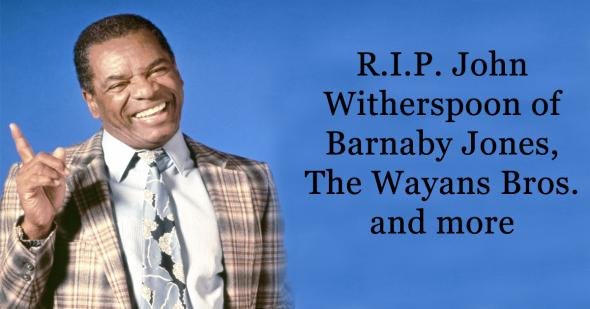 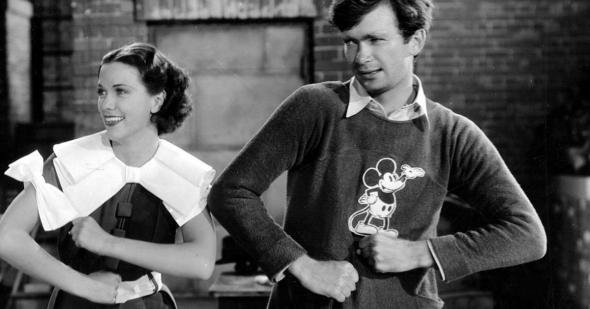 Did you know?
Mickey Mouse and Pirates of the Caribbean learned some dance moves from Buddy Ebsen
Are you sure you want to delete this comment?
Close

dinska 26 months ago
Timothy Drury, whose name you can see in that linked video, has a credit on that album is the son of actor James Drury, who just passed away this year.
Like Reply Delete

Runeshaper 39 months ago
That's pretty cool! She got a few small parts & honored her dad with some solid tunes. In addition to all of that, to even be part of the Back to the Future series = AWESOME! In my opinion, it is 1 of the most EPIC trilogies of all time :)
Like Reply Delete

PatrickViney 40 months ago
Actually, it's not Kiki on this picture. Sadly, we don't see her in the final cut of the movie. She was wearing a pink jacket on the set. You can see her in some behind the scene videos from the DVDs and also on one picture where the whole girl band, including Kiki, poses with Michael J. Fox.
Like Reply Delete

JerryWithers 41 months ago
Even more trivia: Kiki's brother Dusty Ebsen married Donna Freberg Jr... which makes her related to Stan Freberg (Donna's dad)! Even more, the synth player and backing vocalist on Stan's "The Conspiraski Theory" was... you got it... Kiki! :D
Like Reply Delete

AresAlpha 41 months ago
Further Buddy Ebsen connection. Later in the movie, you hear 'The Ballad of Davy Crockett'. This song was written for the Disney produced Davey Crockett miniseries, which started Fess Parker as the title character AND Buddy Ebsen as his friend and traveling companion George Russel.
Like (1) Reply Delete

cperrynaples 41 months ago
If Jennifer doesn't look right, it's because Claudia Wells passed on the sequels and Elizabeth Shue replaced her. BTW, Kiki Ebsen should have called her album The Tin Man Sessions since that's the role her father would have played if he didn't have an allergic reaction to the silver paint!
Like Reply Delete