Husband-wife duo Anson 'n' Lorrie pinned their hopes on becoming the next Sonny and Cher.

"Boy, we've been seeing a lot of each other lately," Potsie tells his girlfriend Jennifer in the Happy Days episode "Potsie Gets Pinned."

Jennifer beams back with a sparkle in her eye and sighs, "Yeah, two nights in a row." Their hands are clutched and their smiles are beaming. Between them is a teddy bear, its wide eye giving a sense that something big is coming.

"Let's get pinned!" Potsie bursts out, and Jennifer clutches her heart, quickly saying yes. Moving the teddy bear aside, the lovers smooch to seal the deal. (No, Potsie is not wrestling. For you youngsters, getting "pinned" meant going steady, by giving a pin to your crush. Wait, do we have to explain "going steady" at this point, too?)

What many watching may not have realized was the chemistry between these two cuties was revealing much more than a nostalgic teen romance. The actor who played Potsie, Anson Williams, and the actress who played Jennifer, Lorrie Mahaffey, had been dating in real life for 18 months when this scene aired. Very soon afterward, the two actually got married.

People profiled this buzzed-about romance in 1978 under the headline "On Happy Days, Potsie Only Pinned Lorrie Mahaffey; Anson Williams Gets to Marry Her."

Their love story began a year and a half before that fateful episode, when Williams met Mahaffey performing in Opryland variety shows in Nashville. She boldly introduced herself to the Potsie-to-be actor during one fateful rehearsal and Williams told People, "We just both knew that was it."

Williams convinced Happy Days producers to check out Mahaffey onstage, where she was drawing crowds as a rising country singer. Years before she appeared on the 1970s sitcom, she performed in 1974 with country legend Sonny James on a Nashville-based variety show Pop! Goes the Country.

Williams was no stranger to performing along with country greats, either, having opened for Tanya Tucker in 1976. Together, the young couple was just two peas in a pod when it came to performing chops.

Mahaffey got cast to appear in six episodes of Happy Days alongside Williams, becoming his steady girlfriend on the show while in the real world, they made a deeper commitment as husband and wife.

Happy Days fans definitely responded well to this often-overlooked TV romance. In People, Mahaffey recalled that the show got tons of "gushy" fan letters after "Potsie Gets Pinned" aired.

"One woman wrote, 'You acted like you really cared about him,'" Mahaffey said in the interview, admitting that there wasn’t much acting when it came to her and Anson.

Williams and Mahaffey were wed for eight years before divorcing in 1986. At the beginning, their spark was so compelling that they even got their own TV special in 1981 called Anson 'n' Lorrie. In it, they performed together, inviting favorite sitcom guest stars including Ron Howard and Gary Coleman. A write-up in The New York Times declared, "Their marriage is a key element in the act."

In a way, the special picks up where "Potsie Gets Pinned" left off, showing Williams and Mahaffey taking the next steps past pinning and bolting joyfully from the church where they've exchanged vows. Soon, they're hopping into a helicopter with rice raining down.

When the newlyweds get to the NBC studio where the special was staged, the rest of the show is presumably their honeymoon, and we've all come along to see the couple adventure into marriage.

The New York Times was not generous in their review of Anson 'n' Lorrie, however, calling the songs forgettable and the husband and wife's personalities "almost nonexistent," especially compared to majorly charming married acts like Sonny and Cher. 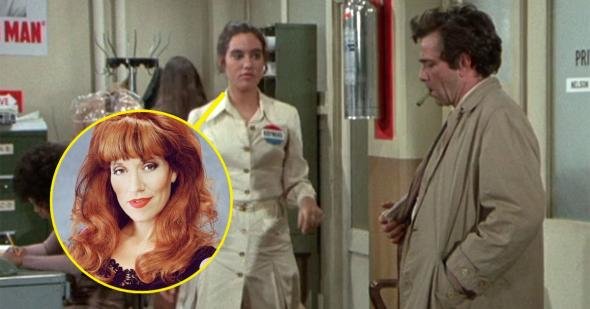 Did you know?
Katey Sagal got one of her earliest TV gigs working with her dad on Columbo 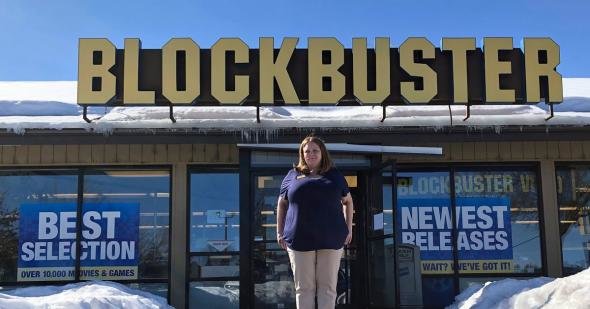 NewsNostalgia
You can spend the night at the last Blockbuster for only $4
Are you sure you want to delete this comment?
Close

benhallums12019 25 months ago
LORRIE MAHAFFEY OF LEGS HAS 1 TIME APPEARED AS ANSON WILLIAMS WIFE AND BEING CHASED AND HARRASSED BY THE HOST & STAR OF THE ALL-NEW MATCH GAME 78 (1978) ON CBS-TV NAMED MR. GENE RAYBURN AND THE CAST ESPECIALLY YOU KNOW WHO? BRETT SOMERS IN COLOR.
Like Reply Delete

daDoctah 25 months ago
Not, I take it, related to actress Valerie Mahaffey?
Like Reply Delete

stephaniestavropoulos 25 months ago
What the story failed to reveal, was what kind of pin the girl got "pinned" with. It was a fraternity pin and in order to receive it, she had to be a member of a sorority.
Like Reply Delete

MrsPhilHarris stephaniestavropoulos 25 months ago
I thought he had to belong to a fraternity.
Like (1) Reply Delete

MrsPhilHarris KathyMcKinny 6 months ago
I see. Thanks.
Like Reply Delete

stephaniestavropoulos 25 months ago
What the story failed to reveal was exactly what kind of pin it was. It wasn't a safety, straight, or bobby pin, it was a Fraternity pin that the girl got "pinned" with. The girl has to be a member of a sorority, {which obviously Jennifer was,} in order to be pinned by a Frat. fellow.
Like Reply Delete