She came a long way to become a superstar: from living in a funeral home to singing "Bye, Bye Birdie" to babysitting Pebbles.

After The Flintstones became the first animated show to be nominated for an Emmy for Best Comedy Series, it really didn't matter that Fred didn't take home the prize. The impact was made just by the nomination, and Hollywood understood that The Flintstones wasn't just a cartoon, but a prestige vehicle for stars at the height of their careers.

So when The Flintstones was looking for a wow moment to kick off its fourth season in 1963, the show likely had its choice of guest stars. But there was only one rising superstar The Flintstones wanted to sign: Ann-Margret.

In 1963, Ann-Margret went from winning the Emmy for Best Newcomer to stealing the show from Dick Van Dyke in Bye, Bye Birdie. Her performance pushed her to become an A-list star, and her managers, scheming to make the most of the moment, knew The Flintstones would be a perfect complement to the array of roles and singing gigs she'd taken on next.

For "Ann-Margrock Presents," Ann-Margret sang two songs, one a lullaby and the other a bouncy pop number, and the song she sings for Pebbles likely moved the hearts of parents watching, who were probably about to sing their own kids to sleep.

Next time you watch, you should know that Ann-Margret had just as tender feelings of care about her own family. She said they were willing to do anything to help her achieve fame, and she told The Progress-Bulletin in Pomona, California, in 1963 that the only reason she was driven to become a star was to provide a better life for them.

"I want to make up to my parents for all the sacrifices they made for me,” Ann-Margret said.

On The Flintstones, the Gruesomes would be introduced the next year after Ann Margrock appeared. They're a cartoon family that lives in a Munsters-like house called "Tombstone Manor."

Well, if you thought Tombstone Manor sounded like a creepy place to dwell, wait until you find out where Ann-Margret spent a chunk of her youth.

She told The Progress-Bulletin that at one point things got dire when her dad became injured and then couldn't find work. To support the whole family, her mother took work as a funeral home receptionist, in part because her entire family could move into the funeral home as part of her pay.

Ann-Margret said she didn't mind living in the funeral home, except for the teasing kids doled out at school. "It really didn't bother me until the kids at school began to heckle me about sleeping next to a dead body!" she said.

The kids weren't exaggerating either. Ann-Margret confirmed her living room was indeed part of the funeral parlor.

"Some nights they would use the front room for wakes until one o'clock in the morning," she said. "After everybody left, Mother would tidy things up, then close the sliding door that led from our side of the living room to the part of the funeral parlor where they kept the casket."

Shortly after leaving behind the funeral home, Ann-Margret started doing shows in Vegas, which led to her first movie role and her first Emmy. After that, Bye, Bye Birdie came along and the world said hello to Ann-Margret. Her family believed in her the whole way.

Most times, history remembers Ann-Margret as the female version of Elvis Presley. (Or perhaps, the woman who dumped Elvis Presley.) But in 1963, cradling Pebbles as a cartoon version of the mega-star she'd just become, Ann-Margret was just a girl who was grateful she could afford to give back to her family.

"I want everything that I can possibly get for them — their own house, their own gardener, their own car," Ann-Margret said. "My mother has to go to the laundromat twice a week!" 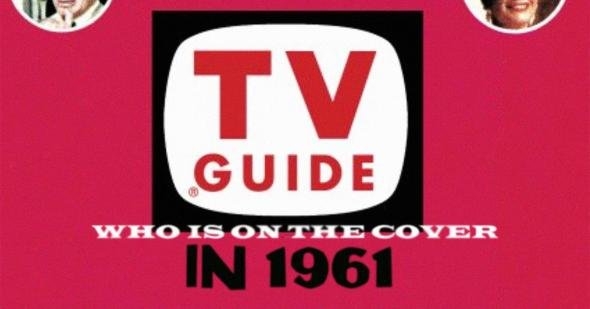 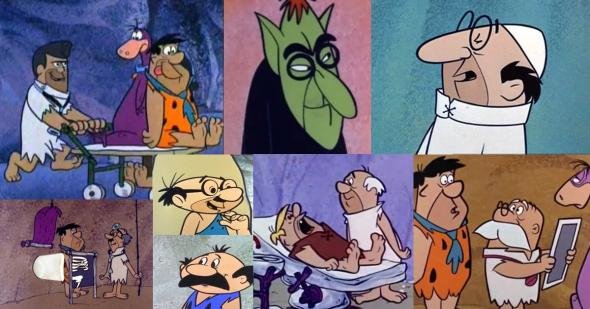 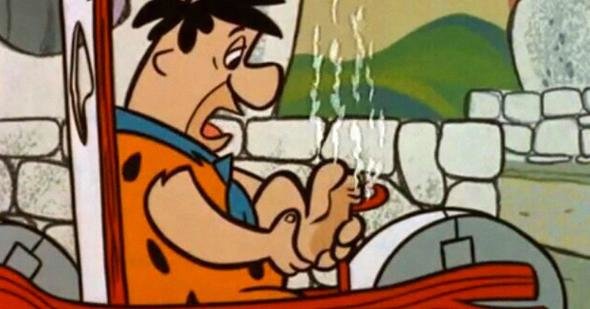 Did you know?
The real science behind Fred Flintstones' car-stopping, ticklish feet
Are you sure you want to delete this comment?
Close

JamesSkaggs 26 days ago
You’re wrong! Ann Margret’s TV debut was on the Jack Benny Program in 1961! She was discovered by George Burns!
Like Reply Delete

dmagoon 26 days ago
Was Ann-Margret considered for an appearance for Married...with Children?; Oprah Winfrey's (Peg Bundy's idol) face was put on Ann-Margret's body on a TV Guide cover.
Like Reply Delete

Melfins 26 days ago
If anyone remembers the original Hollywood squares game show I have a story. Charlie Weaver, (Cliff Arquette) was asked by Peter Marshall: Chuck, ( Peter occasionally referenced Charlie as Chuck) "they say when you die you see your whole life flash before your eyes, true or false." And Charlie replies: "that's true, but when I die I want to see Ann Margaret's life flash before my eyes."
Like Reply Delete

BrittReid 27 days ago
One of the most beautiful women to walk the Earth.
Like (1) Reply Delete

FMAMACAT 28 days ago
I forgot AM was on the Flintstones. I like that song she sang to Pebbles. Am, should have stayed with Elvis. She is a lot better than the woman he did marry.
Like Reply Delete

JHP 28 days ago
all I want to say is YUMMMMMMMMMMMO! :)
Like Reply Delete

MrsPhilHarris 29 days ago
Loved her on The Flintstones singing “This little lamb...”. 🐑
Like (4) Reply Delete

Andybandit 29 days ago
I liked her on the flintstones. Can Metv put something else on at 5pm mountain. The flintstones have been on at 5pm for so long. This will be the sixth time once the show has the series finale, that I have seen the pilot episode.
Like Reply Delete

stephaniestavr5 Andybandit 28 days ago
There's a simple solution to your dilemma: Stop watching METV at 5p.m. No one is forcing to watch it when you do. As others have said about other shows, TF is probably getting high ratings for where it's being aired, and METV wants to continue to keep pleasing those viewers. As for LittleMissNoName's suggestion of replacing TF w/TA, TA is/has been airing on FETV.
Like Reply Delete

Wiseguy LittleMissNoName 28 days ago
Even if that were possible, there are fewer episodes of Addams Family so the series would repeat that much more often.
Like Reply Delete

cperrynaples 29 days ago
The headline is wrong, AM first appeared on Ted Mack's Original Amateur Hour! I will say that she considered The Flintstones a highlight! She even appeared in the second live-action film, appro titled Viva Rock Vegas!
Like (1) Reply Delete

cperrynaples CSkeggs60120 28 days ago
Yes she was and Benny used to argue with George Burns over who made her a star!
Like Reply Delete

JamesSkaggs cperrynaples 26 days ago
Her IMDb says nothing about Ted Mack’s but does show show that her TV debut was The Jack Benny Program.
Like Reply Delete

stephaniestavr5 29 days ago
Reading about AM having to live in a funeral home, reminds me of my aunt.(She married my mom's brother.) Her family owned a funeral home, {theirs and one other were rivals in my mom's home town of Decatur, Il.} Growing up, I had a fascination with cemeteries and FH's. I liked going to them. I remember going over to Moran's even when there wasn't a service we were attending. {Can't remember the reasons why, but we did.} Whenever we did, I would walk around it, even though I had done it a # of times before. One time I went, something happened that had never happened before. I was walking around with my cousin, {it was her grandparents that owned Moran's,} She wasn't as enthused as I was in walking around. I was older and that also wasn't her mindset. But she went with me anyway. As we were taking the tour, we came to one of the preparation/embalming rooms. Now, I as I've said, I've been in these rooms before, saw were things were kept, saw the inner workings of an FH.
On this particular day, my cousin and I came across something we hadn't seen before: A body, in a body bag, ready to be embalmed! All those times, as I said before, when I have walked around, I had never encountered one. Of course I knew they were there but I obviously went there "between bodies.", just hadn't had the "honor" of being "introduced" to one. When my cousin and I saw her, we walked/ran back to where my mom, grandma, {I don't remember if my dad or grandpa was there or not-he might have passed away.} and her parents were, and told them what we saw. Then we showed them where she lay. Upon examination, or my Uncle read it someplace, he mentioned who she was. My grandma said the woman used to live behind her. When we got back to my grandparent's house, my grandma pointed out which house the woman used to live at.
Like (1) Reply Delete

daDoctah 29 days ago
Sabre tooth kitten with a whip?
Like (2) Reply Delete

MrsPhilHarris texasluva 29 days ago
He wasn’t too bad either. 😎
Like (2) Reply Delete

texasluva MrsPhilHarris 29 days ago
Yep. Proves we are both human 😁. That's a good deal 😊
Like (1) Reply Delete

JHP texasluva 28 days ago
Looking at that still - I am going thru puberty all over again!
Like Reply Delete